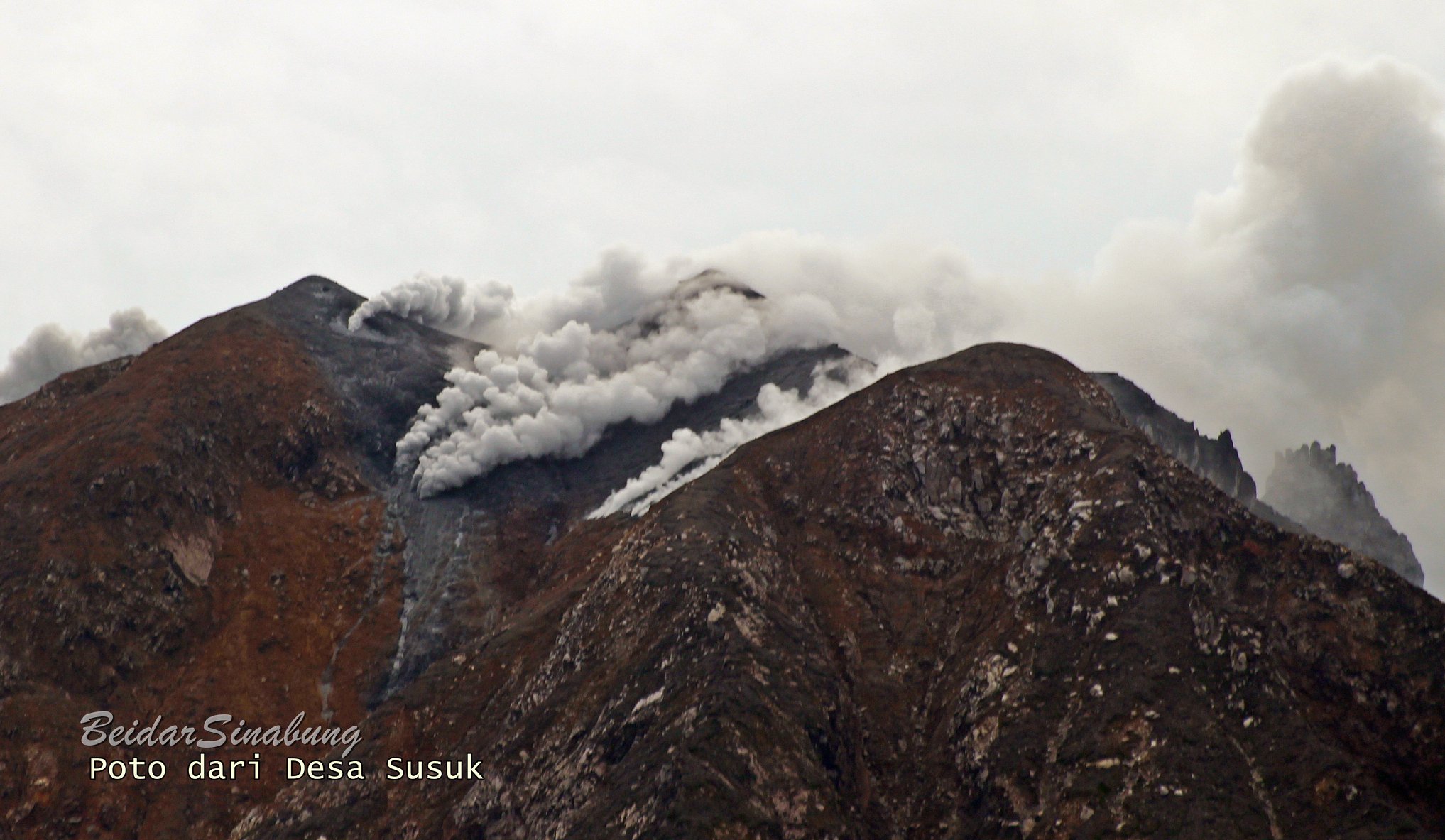 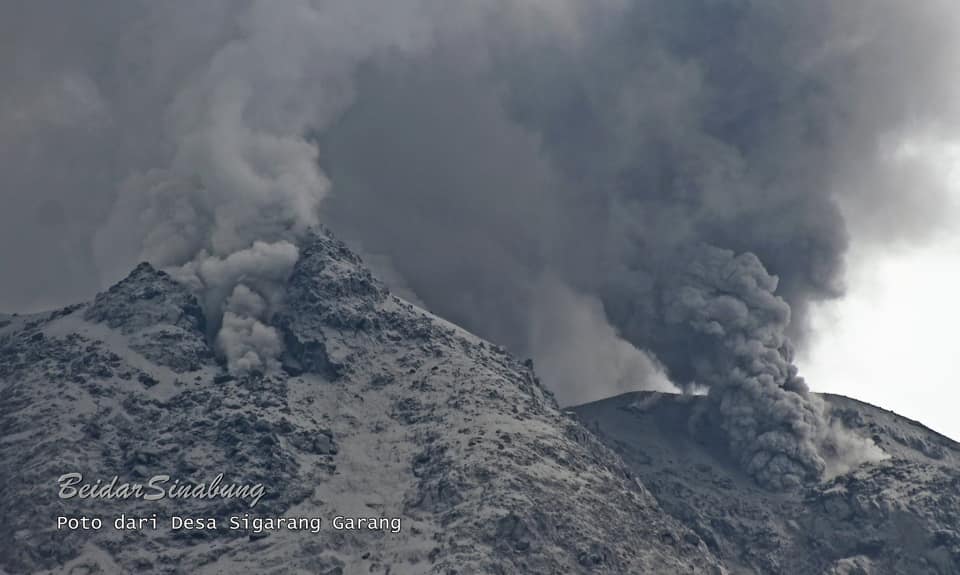 PVMBG reported that at 0158 on 8 August a phreatic eruption at Sinabung produced a brown-gray ash plume that rose 2 km above the summit and drifted E and SE. A news article stated that ashfall impacted at least four districts, including Naman Teran, Merdeka, Berastagi, and Dolat Rayat. BNPB noted that clean water was distributed, and emergency vehicles were deployed to clean up the ashfall. Later that day at 1718 an ash plume rose at least 1 km above the summit and drifted ESE. There is a general exclusion zone set at 3 km from the summit, with extensions to 5 km on the SE and 4 km on the NE. A news article noted that authorities began enforcing a 7-km exclusion zone. 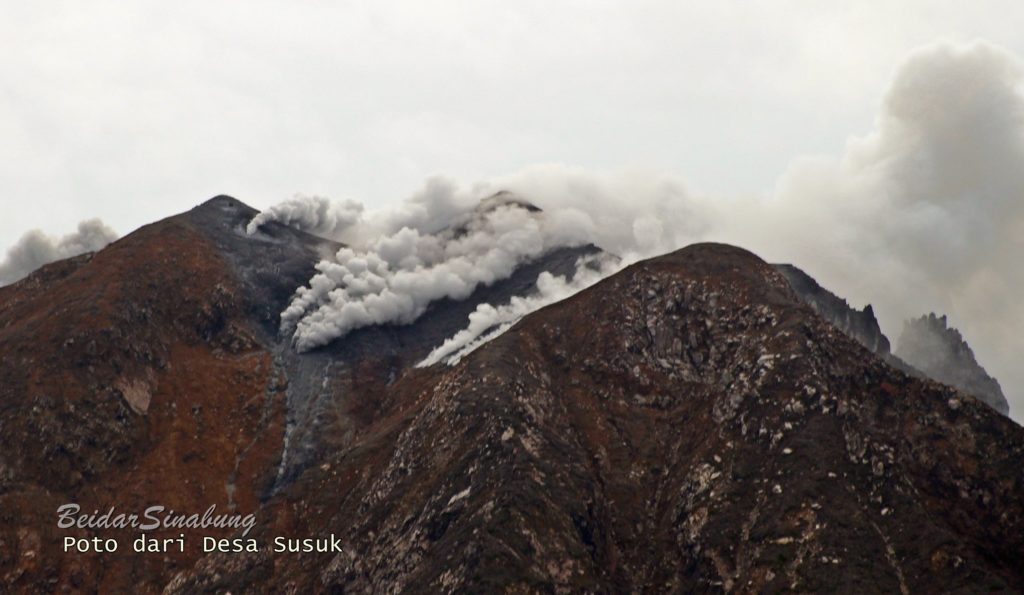 JMA reported that the daily sulfur dioxide emission rate at Minamidake Crater (at Aira Caldera’s Sakurajima volcano) was 700 tons/day on 3 August. An explosion at 0538 on 9 August produced an ash plume that rose as high as 5 km above the crater rim; ejected blocks were not visually confirmed due to weather conditions. Ashfall was reported in areas N of the crater including Kagoshima City (about 10 km W), Kirishima City (20 km NE), Yusui Town (40 km N), and parts of the Miyazaki Prefecture and the Kumamoto Prefecture. After the explosion at 0538, smaller eruptions were intermittently detected through 10 August. The Alert Level remained at 3 (on a 5-level scale). 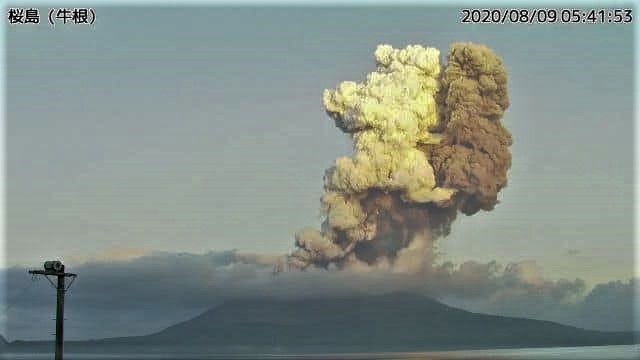 IG reported a high level of activity at Sangay during 5-11 August. Weather clouds often prevented visual observations of the volcano; according to Washington VAAC notices and IG webcams ash plumes rose 870-2,000 m above the summit and drifted NW, W, and S almost daily. Heavy rain generated secondary lahars in the Volcán and Upano drainages during 5-7 August.

DAILY REPORT ON THE STATE OF THE SANGAY VOLCANO, Wednesday August 12, 2020.

Rains / lahars: There were several episodes of rains in the area which generated signals associated with mudslides and debris.

* In case of heavy rains, lahars can be generated in the Volcán, Upano and other tributaries. * 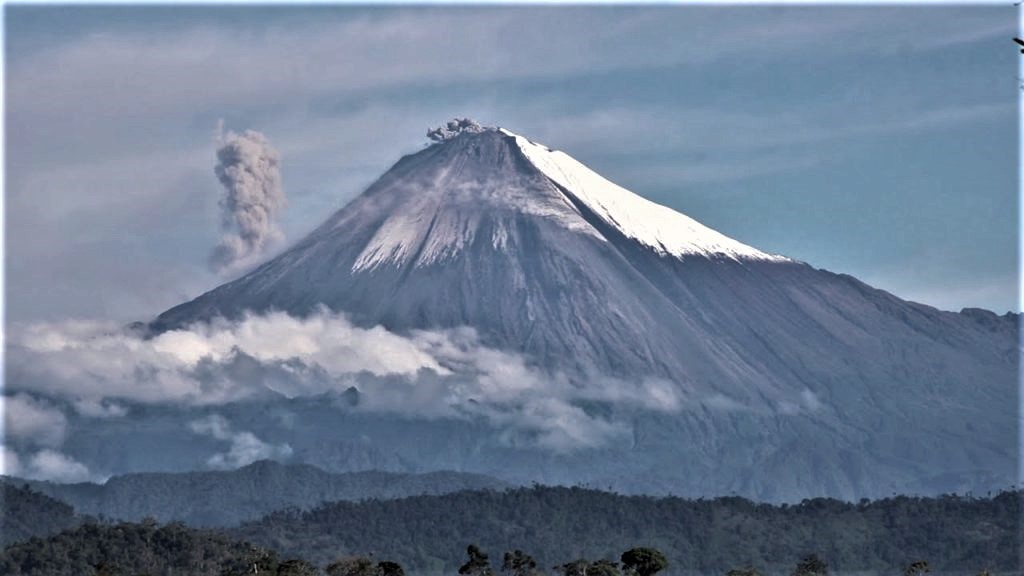 Emission / ash column: No emission was observed through the cameras. In satellite images provided by the Washington VAAC, 5 ash emission alerts were recorded in the direction of the South and West.
The heights reached 900 and 1200 meters above the level of the crater.

Observations: In general, during the past 24 hours, cloudiness in the area was permanent, preventing detailed observations of surface level activity. 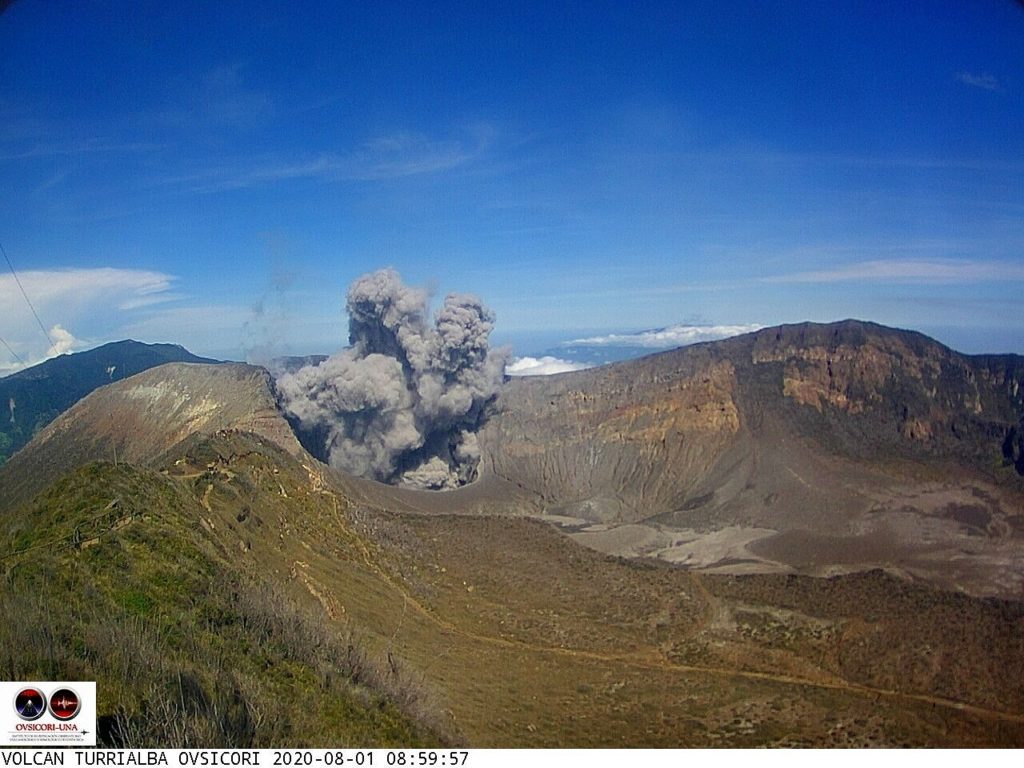 Less diluted ash emissions were observed. The seismic activity shows a decrease with some LP type events and tremors. The contraction and subsidence of the Turrialba-Irazú massif continues. The CO2 / SO2 and H2S / SO2 ratios are stable with some sporadic peaks. The flow of SO2 remains stable. No thermal anomaly was detected by the MODIS analysis.

No eruption was detected. Seismic activity has continued to decline since May. The number of LP-type events decreased as well as the amplitude of these events. There is no significant deformation. The SO2 / CO2 and H2S / SO2 ratios show a decrease, as does the maximum SO2 concentration. The flow of SO2 remains stable with a slight downward trend since June. The lake level has stabilized, as has the estimate of evaporation. The SO2 concentration at the national park level has sporadically reached 6 ppm over the past week. 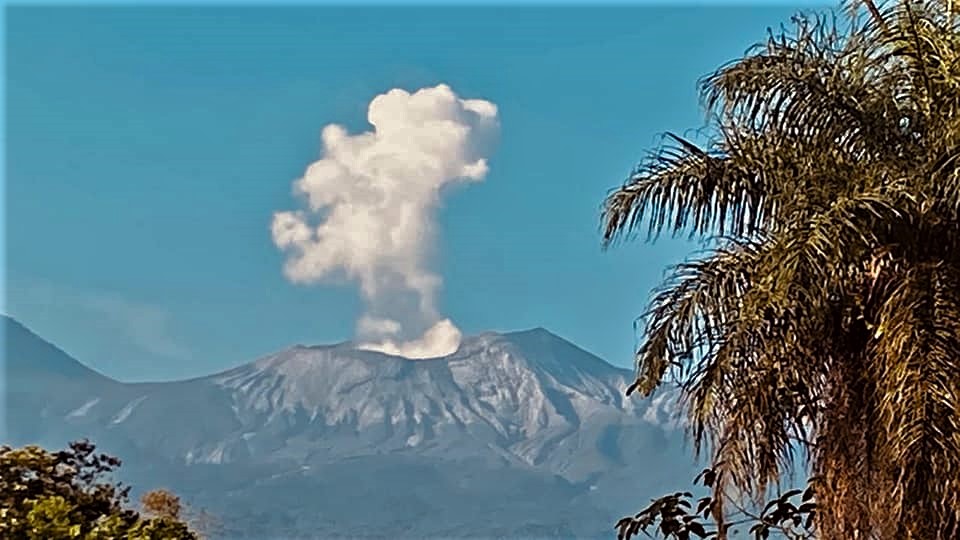 A few small phreatic eruptions were recorded. The seismic activity is still unstable: the RSAM is very variable, without clear trend. No VT or « tornillos » type event was recorded, but the number of LP type events increased as well as the associated amplitude. There is no diagram of tremors.
The trend towards inflation and expansion observed by GPS stations is less marked. The redox potential measured at a hot source has stabilized. No thermal anomaly was detected by the MODIS analysis. 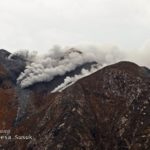 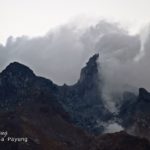