Activity Summary:
Kīlauea Volcano is not erupting. Monitoring data for the month of July show variable but typical rates of seismicity and ground deformation, low rates of sulfur dioxide emissions, and only minor geologic changes since the end of eruptive activity in September 2018.

This panorama shows the view of Halema‘uma‘u from the northwest caldera rim, and shows much of the caldera floor that subsided during 2018. The water lake is visible at the bottom of Halema‘uma‘u. Kīlauea Iki is in the upper left portion of the photo. USGS photo by M. Patrick.

Observations:
Monitoring data have shown no significant changes in volcanic activity in July.
There were fewer than 1100 earthquakes during the month of July at Kīlauea, an approximate 10 percent decrease in the number of earthquakes detected in July. Of these, two were stronger than magnitude-4 earthquakes, with focal mechanisms consistent with slip along the south flank basal detachment.

Over the past month, summit tiltmeters recorded 16 deflation-inflation events–an increase over last month’s total. In the middle East Rift Zone, the increased deformation rates that began in March 2020, consistent with an episode of rift inflation west of Highway 130, and that lessened and flattened during May, have returned to their pre-March trend. The long-term trend of deformation at Kilauea’s summit and middle East Rift Zone continue to show inflation, consistent with magma supply to the volcano’s shallow storage system. GPS stations on Kīlauea’s south flank continue to show elevated rates of seaward motion. HVO continues to carefully monitor all data streams along the Kīlauea East Rift Zone and south flank for important changes. 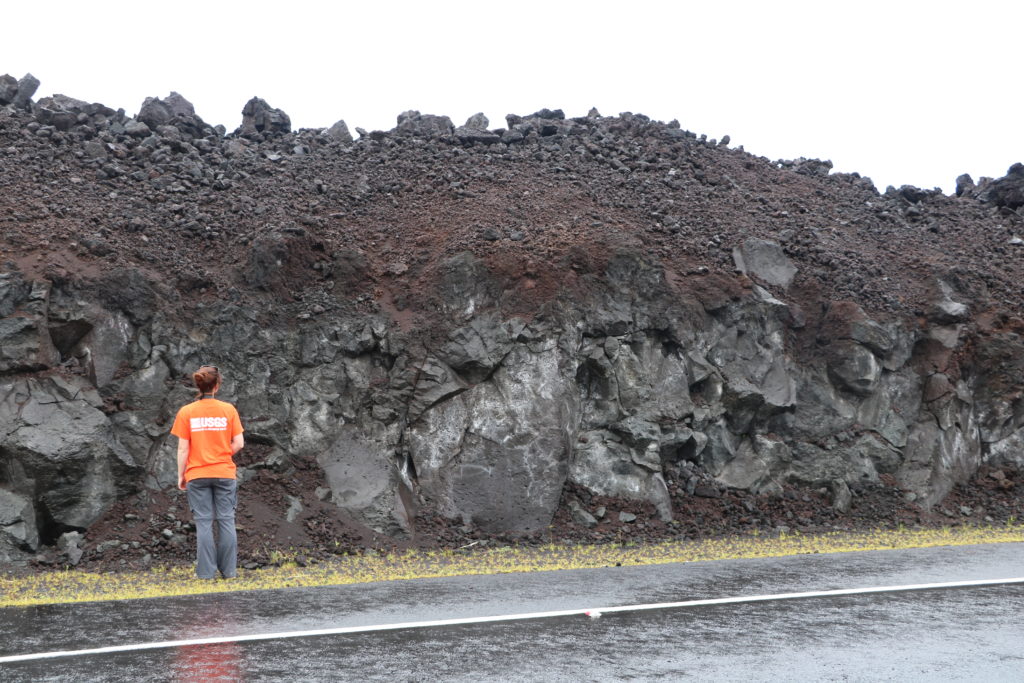 This roadcut exposes a cross section of a portion of the Fissure 8 flow that was ‘a‘ā. When ‘a‘ā flows are active, the core of the flow is fluid and moves downslope, with the rubbly clinker on the top surface carried along like a conveyor belt. This roadcut exposes the dense core that was the fluid portion, topped by the layer of rubbly clinker. USGS photo by M. Patrick.

Sulfur dioxide emission rates are low at the summit, consistent with no significant shallowing of magma. Some amount of sulfur dioxide is being dissolved into shallow groundwater and the crater lake at the bottom of Halema’uma’u; work continues to try and quantify this process. As of July 31st, the lake depth was approximately 41 meters or 135 feet. The crater lake was last sampled by UAS in January and additional sampling with UAS is planned. Sulfur dioxide emission rates are below detection limits at Puʻu ʻŌʻō and the lower East Rift Zone

Comparison of images showing growth of Kīlauea’s summit water lake over the past year. The left image, taken on August 2, 2019, shows a small green pond that was approximately 6 ft (2 m) deep. The right image, taken on July 21, 2020, shows a lake more than 130 ft (40 m) deep with shades of tan to brown and a sharp color boundary often cutting across the lake. Hawaiian Volcano Observatory scientists continue to monitor the lake, and Kīlauea’s summit. USGS photos. 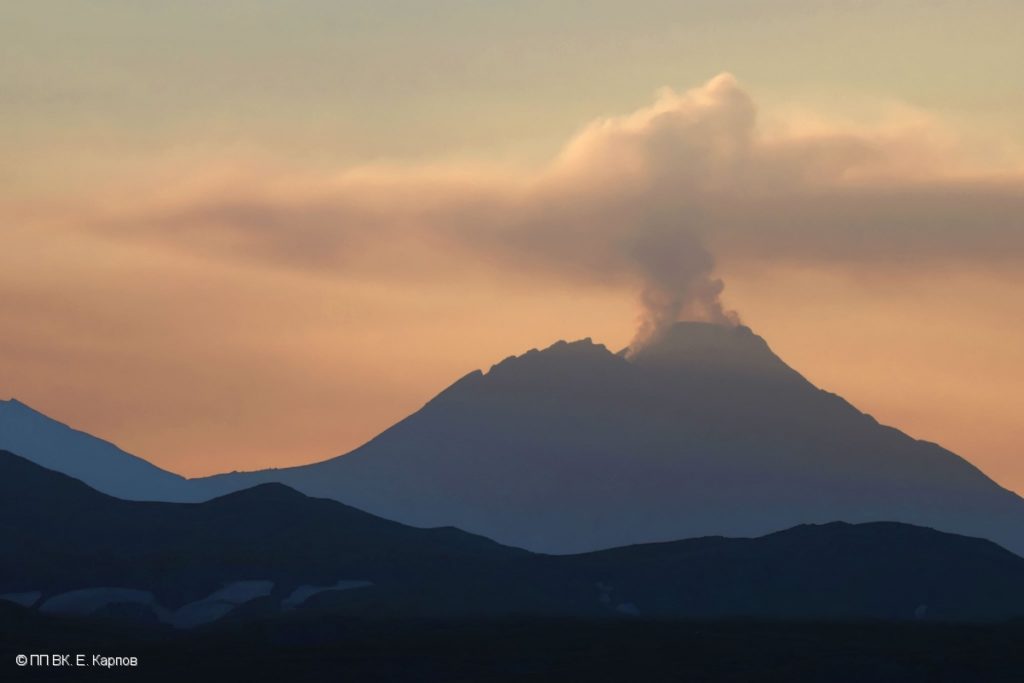 The fumarole activity of Bezymianny volcano on 29 July, 2020.

This gas-steam activity continues. Satellite data showed a thermal anomaly over the lava dome on 30 July, and 01, 04 and 06 August; the volcano was obscured by clouds in the other days of week.

The Argentine Mining Geological Service (SEGEMAR) through its Argentine Volcanic Monitoring Observatory (OAVV) reports that yesterday, Thursday 06 August 2020 at 5:25 am local time (08:25 UTC), the monitoring stations installed in the surroundings of the Copahue volcano have recorded a change in activity, mainly showing a change in the coloration of the gas emission to darker colors, suggesting a high content of particles. Likewise, a subtle and progressive increase in the seismic signal of the tremor type was observed with reduced displacement values (Dr) which went from 1 cm² to 3 cm² maximum, as recorded at 08:05 UTC. Incandescence was not detected. 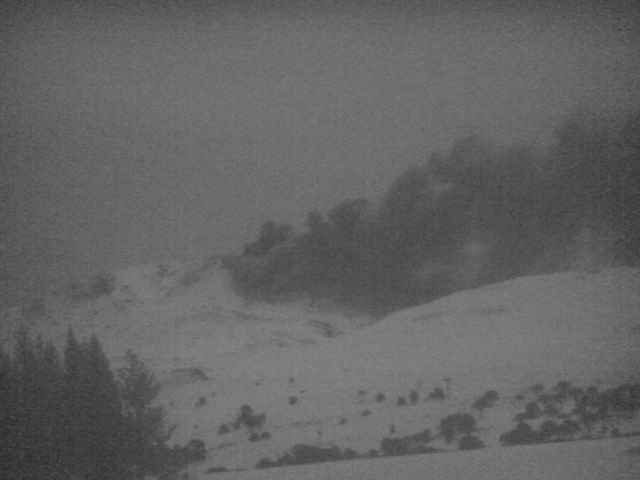 OBSERVATIONS:
The gray column persisted with similar characteristics until 07:50 local time (10:50 UTC), after which it gave rise to a low height off-white degassing.
At the time of publication of this report, surface activity in the active crater has declined. 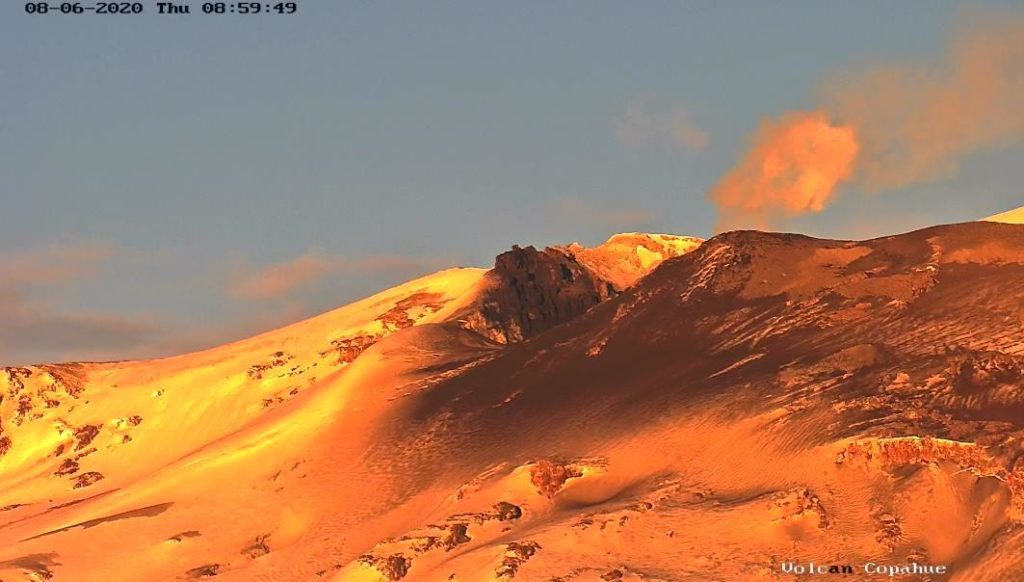 The level of technical alert is maintained and monitoring of the volcano will continue in constant communication with the Volcanological Observatory of the Southern Andes (OVDAS) of Chile, it will be informed of any changes.

With the above, the civil protection system recommends applying preventive access restrictions around the active crater within a radius of 1000 meters.

In view of these antecedents, the Stewardship of the Biobío Region maintains a Yellow Alert from the Civil Protection System for the municipality of Alto Biobío due to the activity of the Copahue volcano, in effect since July 23, 2020.

The descent of lahars in the Las Lajas and Honda canyon, located on the south-eastern flank of the volcano, tributaries of the Guacalate river, is reported at 2:50 p.m. (local time). Heavy rains in the upper part of the ravines of the volcanic complex generate the descent of weak to moderate lahars, these can carry tree branches and volcanic material such as ash and boulders 1 to 2 meters in diameter which make the ground vibrate. If the rain persists, lahars with greater characteristics can be generated.

In the south-eastern part of the volcanic building, the seismic station FG13 located in the farm of La Toledo, records an increase in the seismic amplitude from 2:30 p.m. (see figure n ° 1). If the rain persists, the generation of more lahars in these or other ravines of the volcanic complex is not excluded. It is important to remember that the gullies surrounding the Las Lajas ravine (eg El Jute, Chile Triste) can also be affected by lahars. 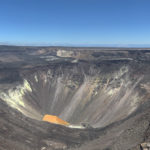 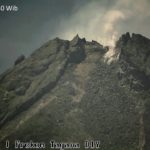