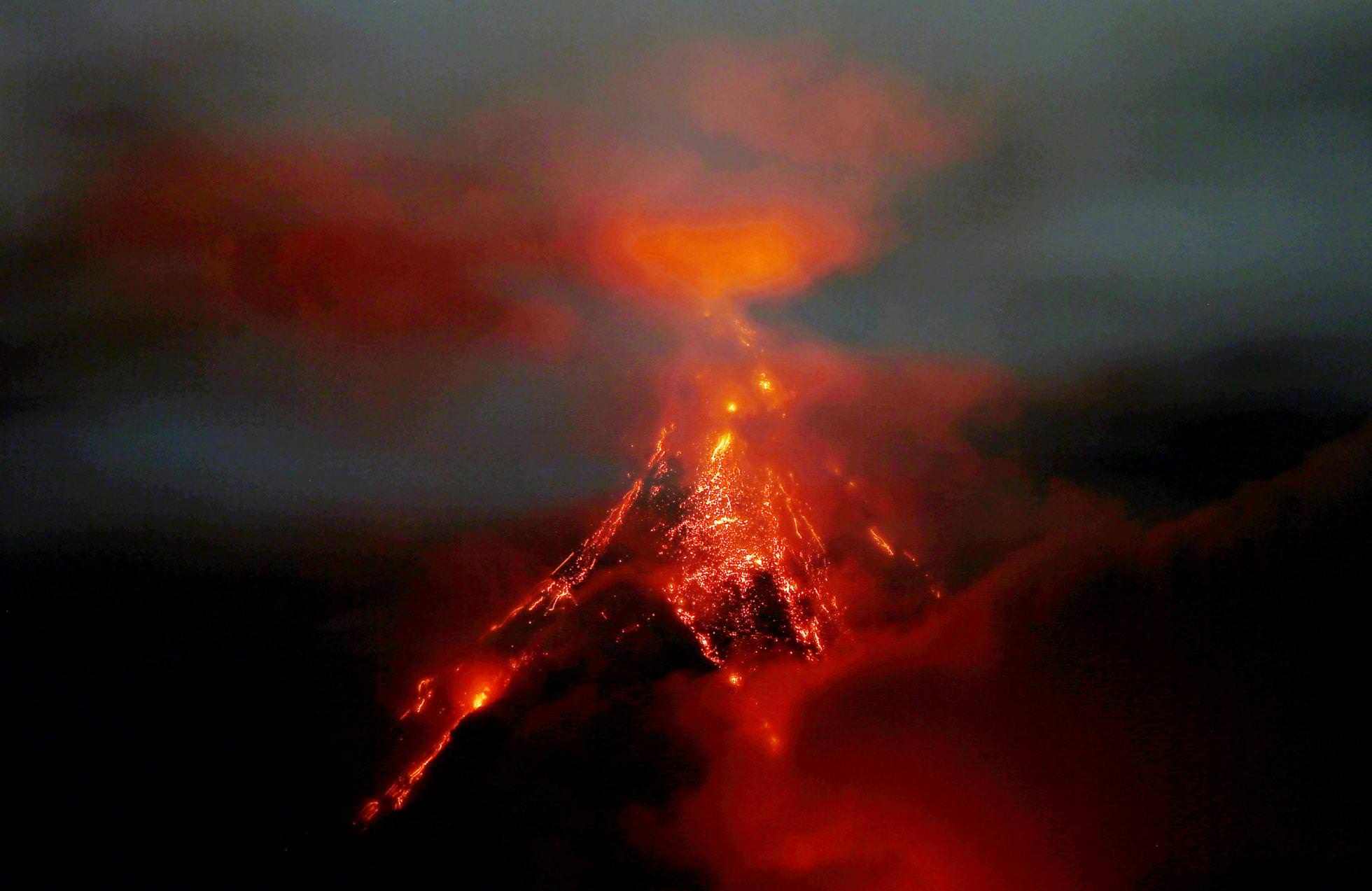 Mayon’s activity in the past 24 hours was characterized by sporadic and weak lava fountaining, lava flow and degassing from the summit crater. Although the upper slopes were heavily obscured during the day, the seismic network recorded discrete episodes of lava fountaining that lasted five (5) to twenty (20) minutes. This was followed by a period of lull beginning at 4:45 PM until the early morning, until lava fountaining resumed at 3:21 AM. Effused volumes of incandescent lava flows have advanced to 3.3 kilometers, 4.5 kilometers and 900 meters down the Miisi, Bonga and Basud Gullies, respectively, from the summit crater. Pyroclastic density currents or PDCs have deposited to the 4.6, 4.5 and 4.2 kilometer reaches of the Miisi, Bonga and Basud Gullies, respectively. Heavy rainfall yesterday also generated channel-confined sediment-laden streamflows in most channels where PDC deposits were emplaced.

A total of ninety-nine (99) volcanic earthquakes, most of which corresponded to lava fountaining events, and one (1) rockfall event were recorded by Mayon’s seismic monitoring network. Electronic tilt and continuous GPS still record sustained swelling or inflation of the edifice since November and October 2017, consistent with pressurization by magmatic intrusion. 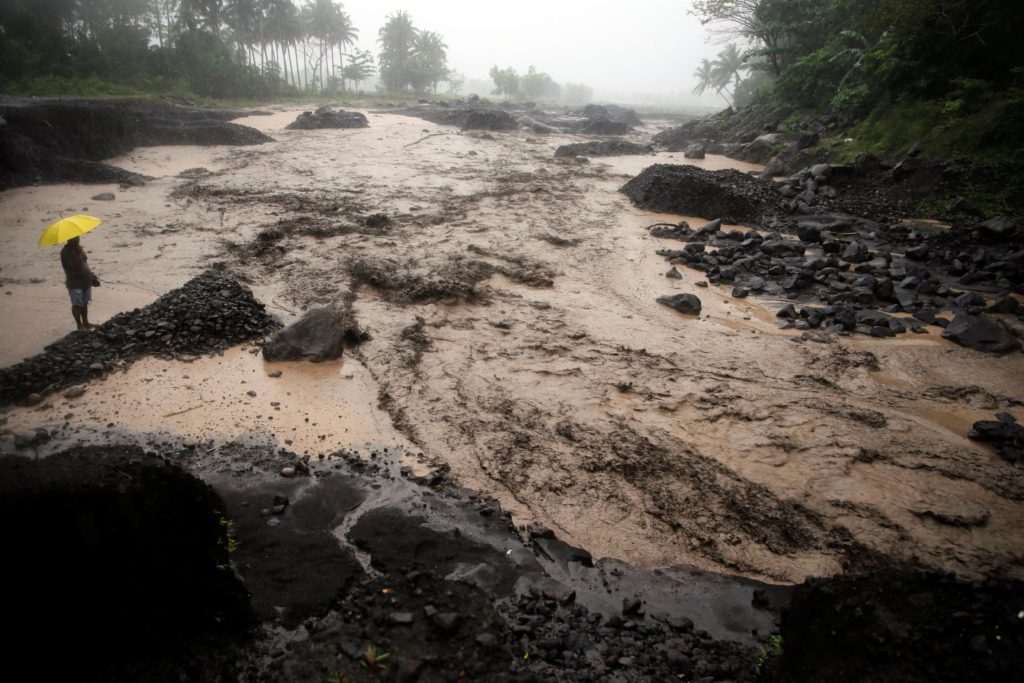 During the last week, the various monitoring parameters show that the Nevado del Ruiz volcano continues to display unstable behavior.
The seismicity caused by the fracturing of the volcano rocks showed a slight decrease in the number of events and released seismic energy compared to the previous week. The earthquakes were scattered in the North, North-East, South, South-East of the volcanic structure and in the Arenas crater at depths between 0.7 and 7.0 km. The maximum recorded magnitude, during the week, was 1.2 ML (Local Magnitude), corresponding to the earthquake recorded at 11:25 (local time) on February 7, located 1.4 km northeast of the crater Arenas, at a distance of depth of 3.9 km.

Regarding the seismicity related to fluid dynamics, it also showed a decrease in the number of earthquakes and released seismic energy, compared to the previous week. This type of activity is characterized mainly by the occurrence of multiple fluid earthquakes, long periods and very long periods, as well as tremor impulses. These earthquakes were located mainly in the Arenas crater and in the southern sector of the volcano.

Volcanic deformation measured from electronic inclinometers, Global Navigation Satellite System (GNSS) stations and radar images shows stability behavior without recording significant deformation processes of the volcanic structure.
The volcano continues to emit water vapor and gases into the atmosphere, among which the sulfur dioxide (SO2) is distinguished, as evidenced by the values ​​obtained by the SCANDOAS stations installed on the volcano and the analysis satellite images. In monitoring the information provided by the MIROVA and NASA FIRMS portals, several thermal anomalies have been recorded near the Arenas crater.
The column of gas and steam reached a maximum height of 750 m measured at the top of the volcano on February 12. The direction of the dispersion of the column was governed by the direction of the wind in the zone, which during the week prevailed towards the Southeast with respect to the crater Arenas. 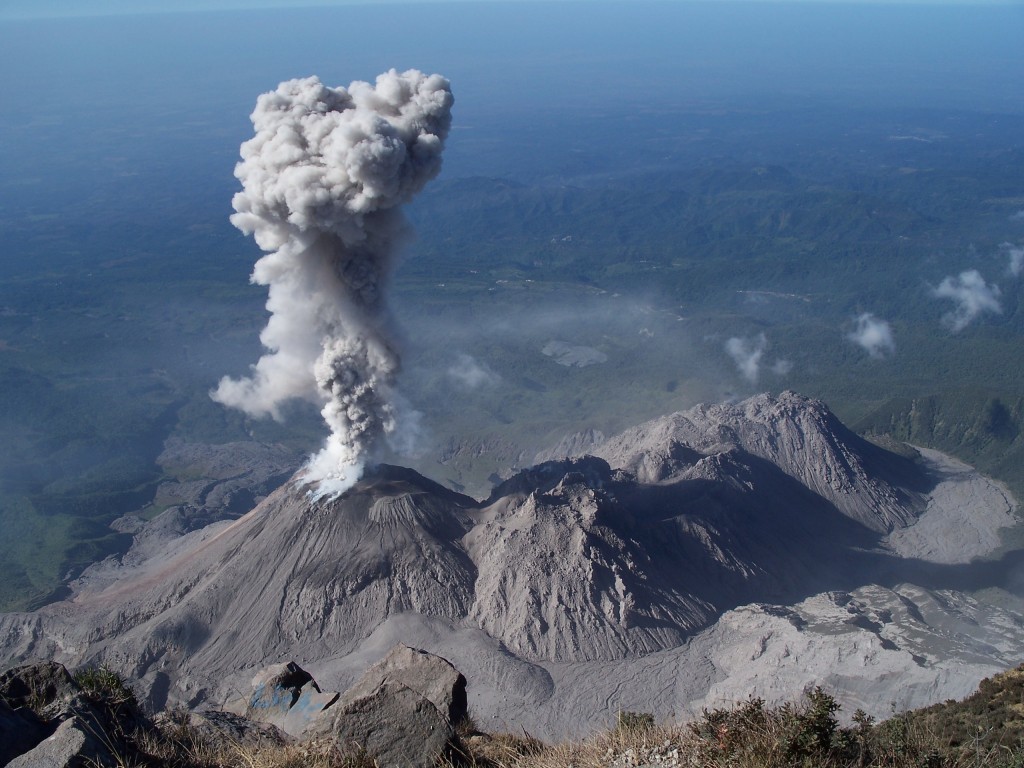 INSIVUMEH reported that explosions at Santa María’s Santiaguito lava-dome complex, detected by the seismic network during 7-13 February, generated ash plumes that rose as high as 700 m and drifted SW. Avalanches of material descended the E and SE flanks of the lava dome. Ash fell on La Florida ranch (5 km S) on 10 February.

Turrialba Volcano:
The Turrialba volcano emitted a very low passive, non-explosive plume of gas, ash and aerosols between February 2 and 12, 2018.
Since February 13, the emission of materials has become intermittent, and the plume has been loaded with less ash than the previous days. The seismic activity of February 13th and 14th was characterized by volcanic tremor episodes of intermediate amplitude and variable duration. On February 14, 2018 from 2:00 am, the amplitude of this tremor was recorded almost continuously accompanied by the recording of many LP (long period) earthquakes corresponding to ash emissions observed by the continuous surveillance webcams. During February 2018, especially during dry, sunny days (without rain) and strong winds in the west, aerosols and fine ash from the volcanic plume managed to disperse over long distances, sometimes even in San Jose-Alajuela, where Juan Santamaría International Airport is located. The ashes collected on February 11th and 12th, 2018 at La Finca La Central by Turrialba Volcano National Park officials are very acidic: pH = 3.5 and corrosive. 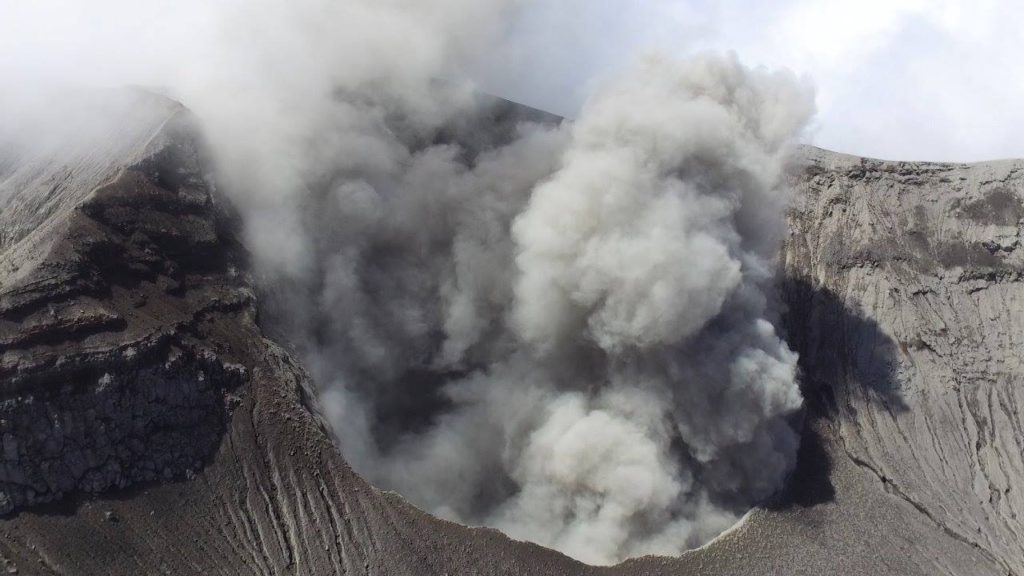 During the last 24 hours, the plume rose approximately 100 to 300 m above the west crater. Dominant winds direct the plume mainly to the northwest.
Falls of ashes have been noted in San Ramón de Tres Rios, Guadalupe de Goicoechea, Guayabos de Curridabat, Fallas Desamparados Street.
Incandescence continues to be observed at night in the western crater due to the high temperatures of the magmatic gases and rocks that are around 600-700 ° C.
On February 14, 2018, gas ratios show a significant leap from the CO2 / SO2 ratio to 6.3, suggesting the release of fresh magmatic gas from the Turrialba volcano from a relatively deep level. On February 1, 2018, before the continuous emission period of gas, ash and aerosols observed between February 2 and 12, this gas rate also increased by a similar magnitude: CO2 / SO2 = 7, 9 (February 1st, 2.18).

Poas Volcano:
The emission of ashes is not detected or observed, only the release of water vapor and fumarolic gases of moderate temperatures (about 100 ° C or more) by the vents present in the bottom of the new acid lake in the crater that began to form in mid-January 2018. The lake shows strong evaporation, on its surface, especially under water where is located the fumarole B (fumarole B or Azufrada) and in its central region. The high evaporation of the lake indicates that the temperature of the lake must be close to or above 60 ° C at the surface and, possibly, about 100 ° C or higher in the lake bottom.
The level of seismic activity is very low. In general, the seismic signals that have been recorded on the Poas are generated by the environmental noise produced by external factors such as wind, rain and human activities. 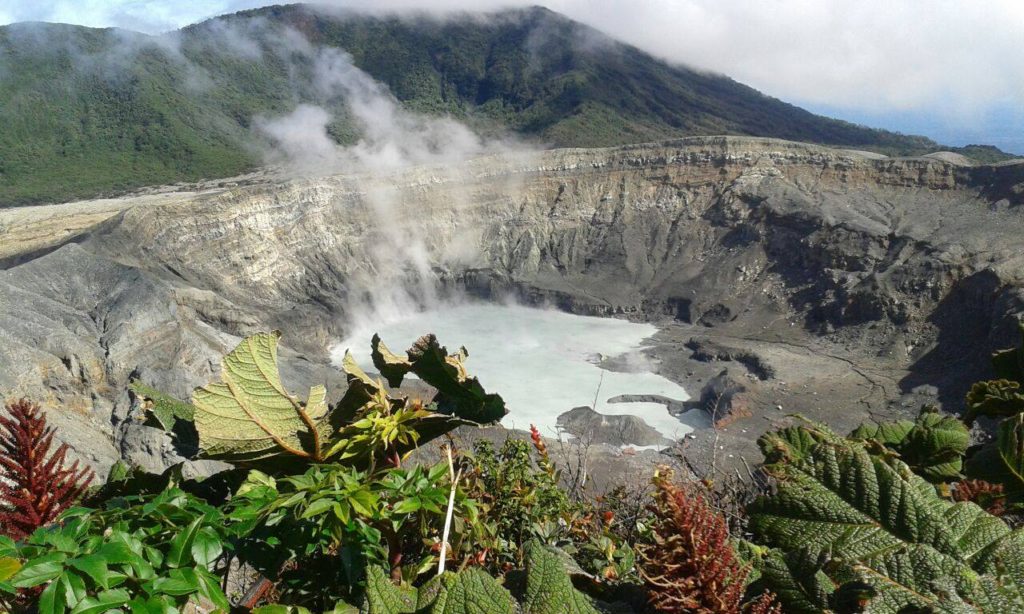 During the visit, officials documented that the crater lake has a slightly turquoise gray color, with a central zone with permanent bubbles, and the old cone or red mouth that is destroyed and without relevant activity. At present, one part of the cone forms a small island and the other part forms a peninsula in the warm lake. The cone of the yellow mouth is destroyed but with intense fumarolic activity, as well as four additional vents which are at the eastern foot of the yellow cone and which are all oriented north-south.
There is a large number of fumaroles with associated sulfur on the beaches. 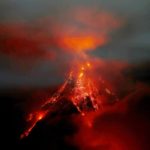 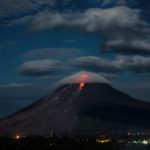