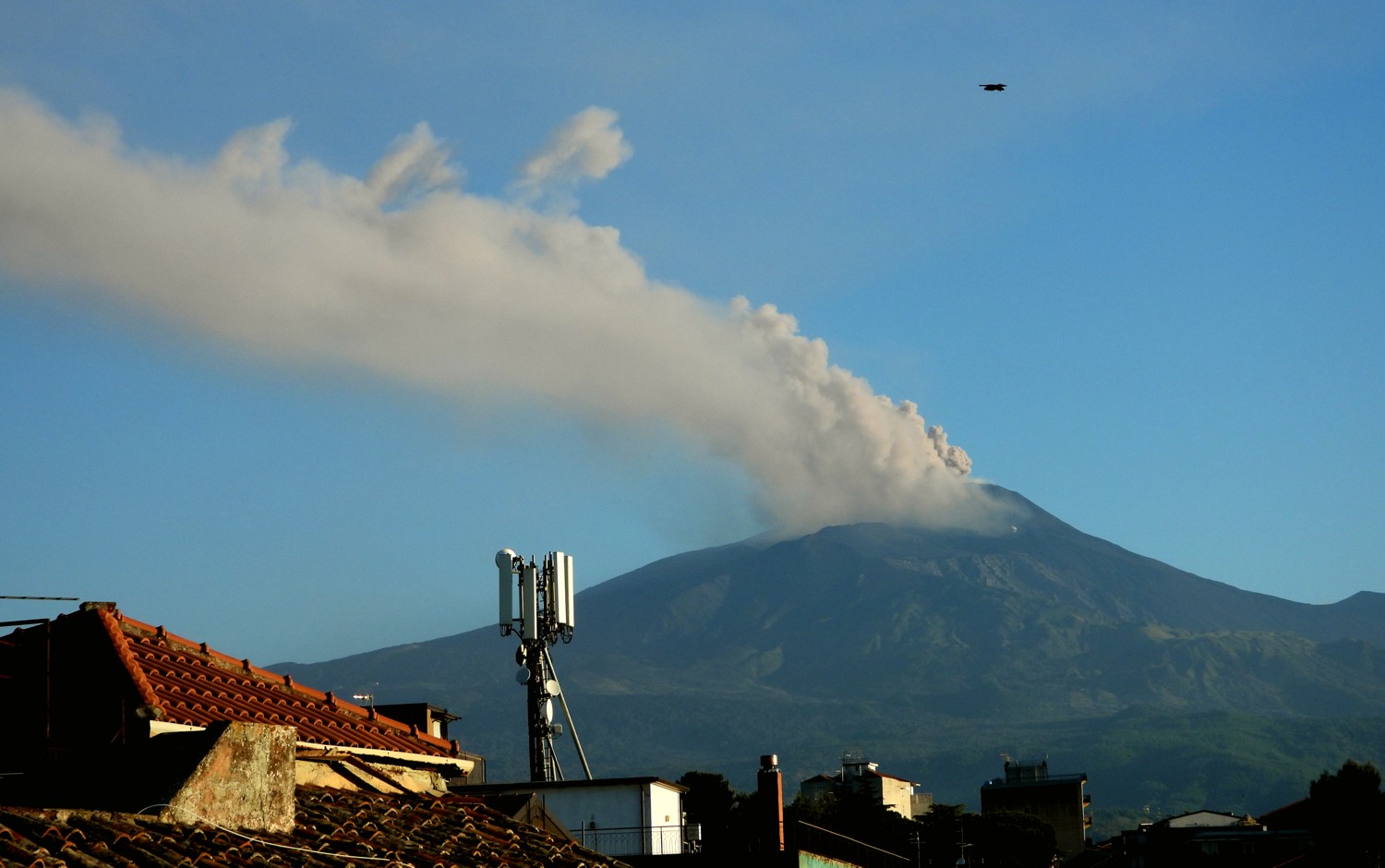 The National Institute of Geophysics and Volcanology, Etneo Observatory, reports that the monitoring networks recorded Strombolian activity at 10:26 a.m. (8:26 a.m. UTC). From surveillance cameras, we observe an explosive strombolian activity in the New Southeast Crater (NSEC), this activity produces a modest ash cloud that the winds disperse at high altitude. The eruptive phenomenon was observed in the early hours of the morning (5:50 UTC) but there is however uncertainty as to the time of the event due to cloud cover. At the same time, the explosive activity persists in the crater of Voragine with a periodic emission of ash which disperses quickly near the summit area. 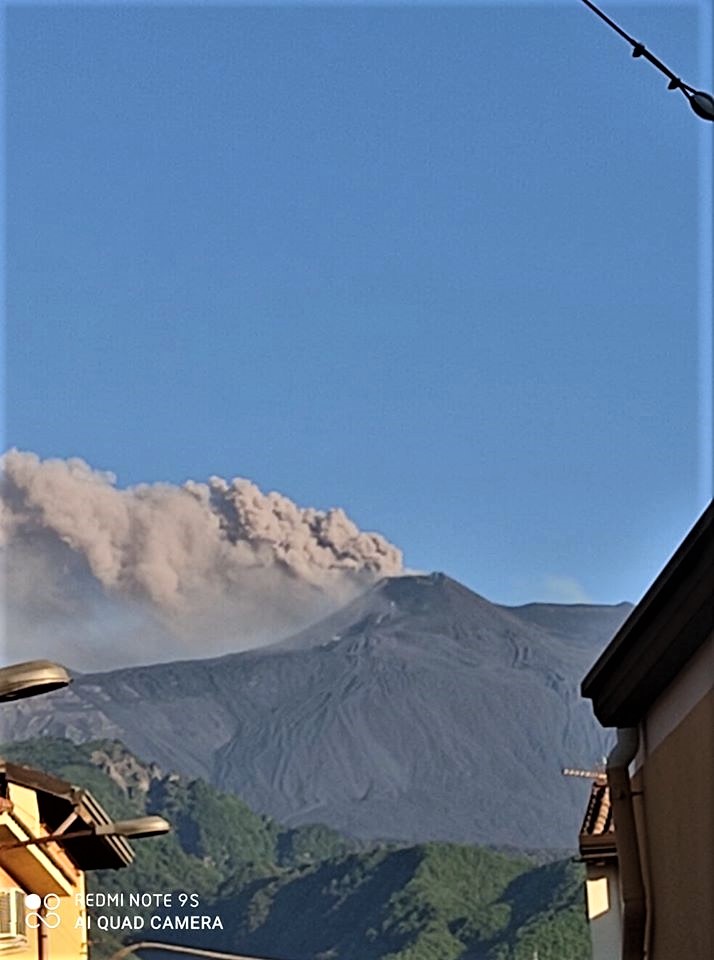 Concerning the amplitude of the volcanic tremor and the infrasound activity, there are no significant variations compared to what had been reported in the previous press release (n ° 52). These values, in fact, are not yet comparable to those observed before 9.20 am UTC on May 19 (press release n ° 51). The source of the tremors and infrasound events is located at the New Southeast Crater (NSEC).

Finally, the deformations of the soil do not show significant variations compared to the previous update (n. 52).

The National Institute of Geophysics and Volcanology, Etneo Observatory, reports that from 02:12 UTC there is an increase in Strombolian activity in the New Southeast Crater.

The explosive activity has produced a cloud of volcanic ash which reaches 4500 m in height and is dispersed in the southwest direction. Explosive activity persists in the Voragine crater with periodic emission of ash which disperses rapidly near the summit area.
The amplitude of volcanic tremor, compared to yesterday, has undergone a moderate increase, with large fluctuations around the medium and high values. Currently, the amplitude values are high and the source of the tremor continues to be located near the New Southeast Crater. The infrasonic activity has shown a moderate increase and the sources are mainly located in correspondence with the New Southeast Crater.
The deformations of the soil do not show significant variations.

In the photo above, the ash plume seen from Tremestieri Etneo (South side) at dawn on May 22, 2020.

Observations:
During the past week, HVO seismometers recorded 63 small-magnitude earthquakes on the volcano’s summit and upper-elevation flanks. Most of these earthquakes occurred at shallow depths of less than 8 kilometers (~5 miles) below sea level. 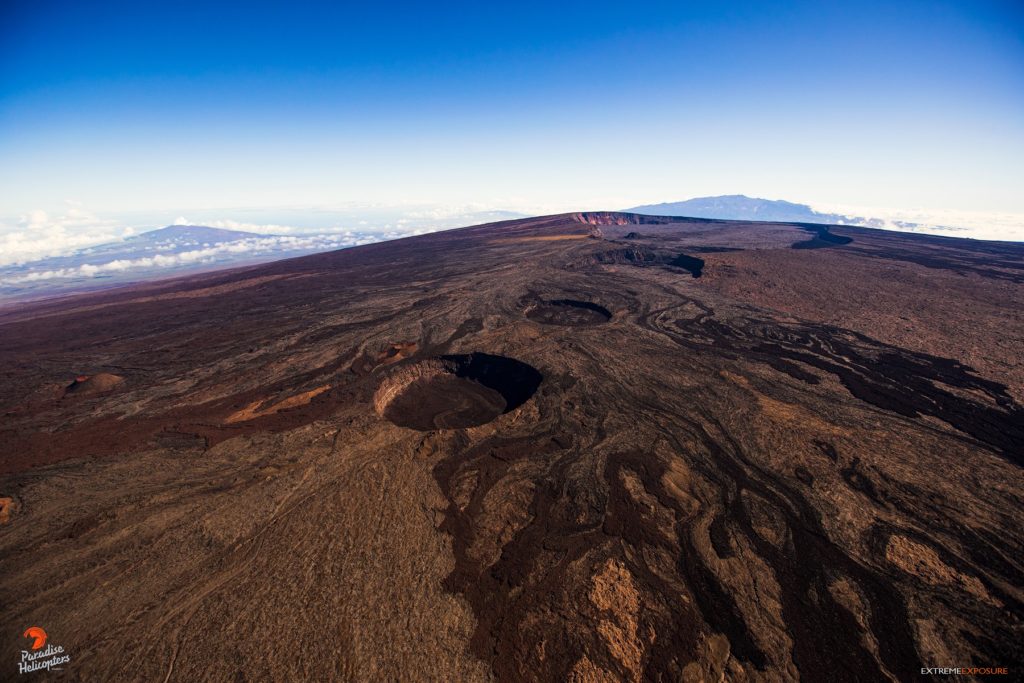 MODERATE LAHAR in the CENIZA ravine.
The descent of the weak to moderate lahars was reported at 9:30 p.m. (local time) in the Ceniza ravine, located on the southwest flank of the volcano, which in turn is a tributary of the Achiguate river.
The INSIVUMEH seismic network located on the Fuego Volcano records high frequency seismic tremors. Heavy rains in the upper part of the ravines of the volcanic complex generate the descent of weak to moderate lahars, these can transport tree branches and volcanic materials such as ash and blocks of 1 to 2 meters in diameter which make the ground vibrate. If the rain persists, the generation of a greater number of lahars in this or other ravines of the volcanic complex is not excluded. 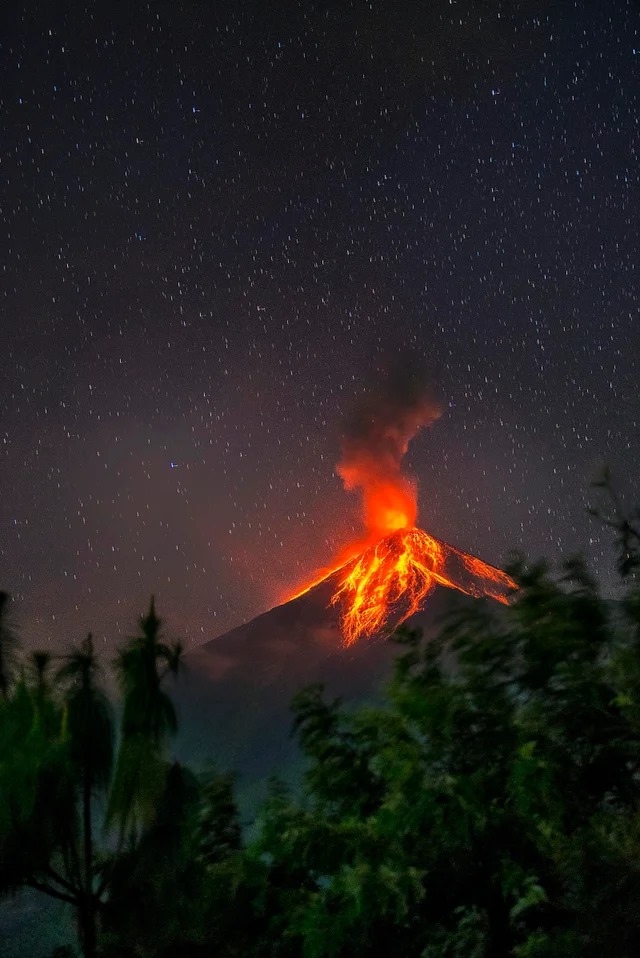 Activity:
The Fuego Volcano Observatory reports weak white degassing fumaroles at an altitude of 4500 m above sea level (14,764 feet) which is moving in a south and southwest direction. He reports 6 to 13 weak to moderate explosions per hour which eject ash columns at a height of 4500 to 4800 m above sea level (14765-15748 feet) which disperse in a west and southwest direction. Incandescent pulses 100 to 200 m high above the crater were observed at night and early in the morning, with weak avalanches around the crater, towards the Seca, Taniluya, Ceniza, Trinidad and Las Lajas ravines. The explosions generated weak, moderate and loud rumblings with shock waves causing vibrations in the houses of the villages near the volcano on its southern flank, as well as in Alotenango on its eastern flank. Locomotive noises are heard for periods of 3 to 7 minutes. There are falls of fine particles of ash in the villages of Panimaché I, Morelia, Santa Sofía and others. No lava flow is observed on the volcanic building.

At 05:37:00 h local time on May 21, 2020, an eruption was recorded on the Rincon de la Vieja volcano, with a column that rose to 1000 meters above the height of the crater and to 2916 meters above sea level (9564.48 ft).
Duration of activity: 1 minute
The seismic activity is similar compared to yesterday.
At the time of this report, the winds are blowing north.

The volcano continues with low level eruptive activity. Today at 5:37 am a small eruption of ashes with less water vapor than the eruptions of the last weeks. Seismicity shows a semi-continuous tremor 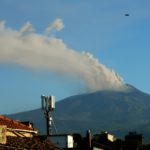