The National Institute of Geophysics and Volcanology, Etna Observatory, communicates that from 09:51 UTC, surveillance cameras observed an overflow of lava from the northern area of the crater. The lava flow front is located in the upper part of the Sciara del Fuoco. The phenomenon is still ongoing.
From a seismic point of view, from about 09:31 UTC, a moderate increase in the average amplitude of the volcanic tremor was observed, in the band of average values. There are no significant variations in the occurrence rate and amplitude of explosive earthquakes.
The signals from the GNSS stations and clinometers do not show any significant variations. 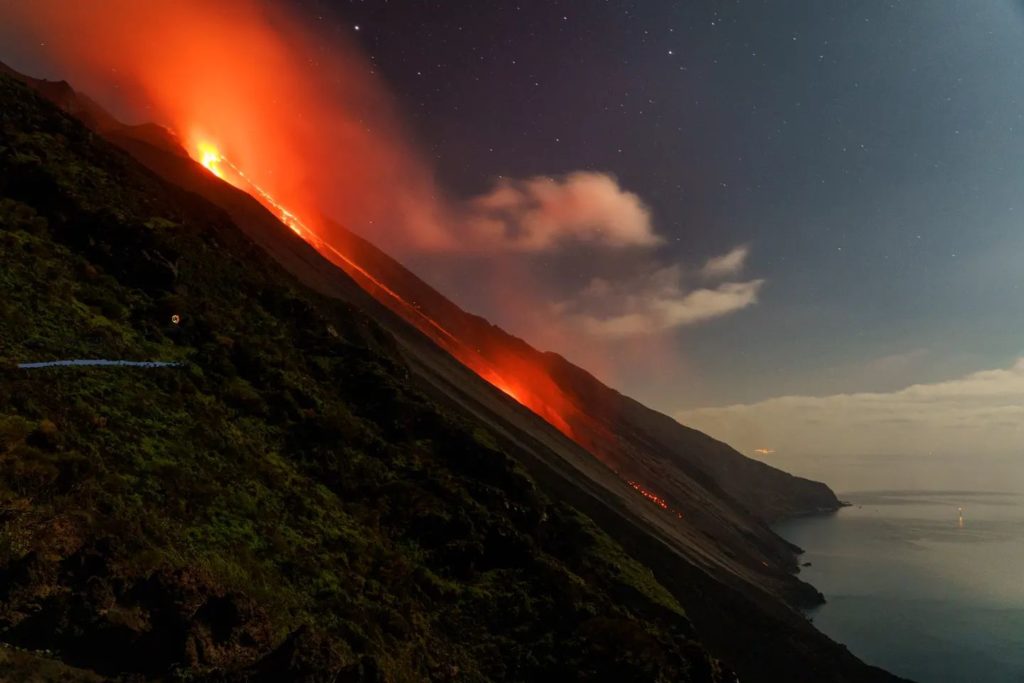 ACTIVITY STATUS SUMMARY
In the light of the monitoring data, it is highlighted:
1) VOLCANOLOGICAL OBSERVATIONS: Normal Strombolian activity with intense spatter activity from the North Crater area. The total hourly frequency fluctuated between medium-low (7 events/h) and medium (11 events/h) values. The intensity of the explosions was mainly medium and low in the North crater area and medium and high in the South Center crater area.
2) SEISMOLOGY: The seismological parameters do not show significant variations.
3) SOIL DEFORMATIONS: The island’s soil deformation monitoring networks did not show any significant variation to report for the period considered.
4) GEOCHEMISTRY: The flow of SO2 at an average level
CO2 fluxes in the crater area show a downward trend while remaining on medium-high values.
CO2/SO2 ratio: there are no updates; the latest data indicated mean values equal to 10.1.
Isotope ratio of helium in groundwater: decreasing but still on medium to high values (4.32).
5) SATELLITE OBSERVATIONS: The thermal activity observed from the satellite was generally weak. 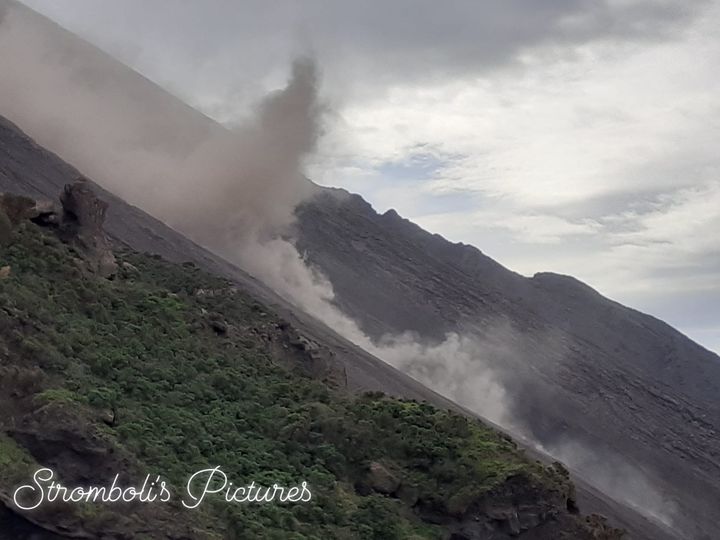 VOLCANOLOGICAL OBSERVATIONS
During the observation period, the eruptive activity of Stromboli was characterized by the analysis of the images recorded by the surveillance cameras INGV-OE at 190 m (SCT-SCV), Punta dei Corvi and Pizzo, while the 400m camera is currently unavailable due to video signal acquisition issues caused by damage to the fiber optic connection between Punta Labronzo and AOC due to severe weather that hit the island on August 12, 2022. The explosive activity was produced, mainly, from 4 (four) eruptive vents located in the North (N) crater zone and one located in the Center-South (CS) zone. The vents of the North crater zone are located in the upper part of the Sciara del Fuoco while the mouth of the Center-South crater zone is located inside the crater terrace. In detail, in the northern area of the crater, a vent is located near sector N1 and three located near sector N2.
Due to the unfavorable weather conditions of January 10 and 12, 2023, the visibility of the active areas of Stromboli was not sufficient for a correct description of the eruptive activity. 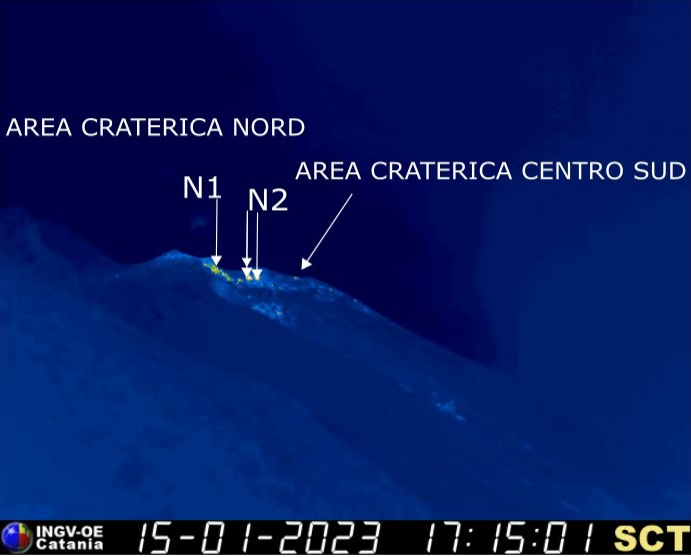 Observations of explosive activity captured by surveillance cameras
In the northern area of the crater (N), explosive activity was only observed from the vents located inside the Sciara del Fuoco, in its upper part, after the collapse of the northern edge. The four vents showed explosive activity (explosions of varying intensity from weak (less than 80 m in height) to strong (more than 150 m in height) emitting coarse materials (bombs and lapilli)). In addition, intense projection activity was observed on January 11 and 13, 2023 from the vent located near sector N1.
The average frequency of explosions varied from 2 to 6 events/h.
In the Center-South (CS) zone, explosive activity of medium and high intensity was observed (sometimes the products exceeded 250 in height) emitting fine materials (ash) mixed with coarse materials. The frequency varied between 2 and 5 events/h.

ACTIVITY STATUS SUMMARY
In the light of the monitoring data, it is highlighted:

1) VOLCANOLOGICAL OBSERVATIONS: Effusive activity with lava flows in the Vallée del Leone, degassing at variable speed from the summit craters.
2) SEISMOLOGY: Low seismic activity due to fracturing; average amplitude of the volcanic tremor on a medium or low-medium level.
3) INFRASOUND: Low activity related to infrasonic events. 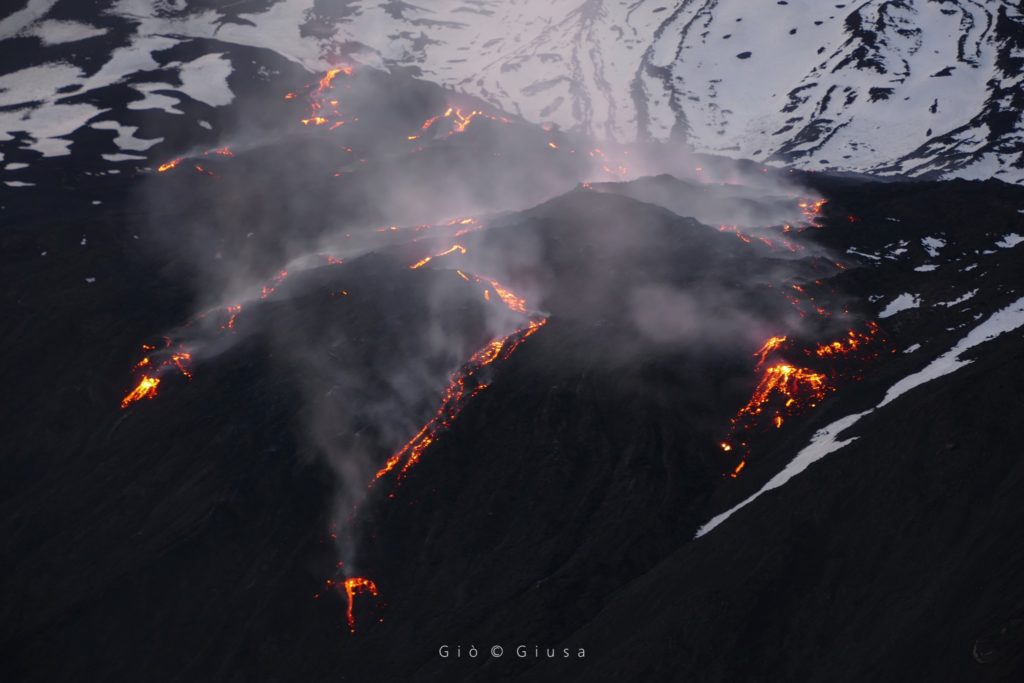 4) GROUND DEFORMATIONS: During the last week, the ground deformation monitoring networks have not recorded any significant variations.
5) GEOCHEMISTRY: SO2 flux at a moderately medium-low level The soil CO2 flux values recorded last week are average values.
The CO2 of the water table (EtnaAcque Network) presents variations which are part of the seasonal variability of the site.
Helium data from the latest sampling shows no significant changes from the previous ones, settling on the high level.
6) SATELLITE OBSERVATIONS: The thermal activity observed by satellite in the summit zone was of a high level in correspondence with the effusive eruption in the summit zone.

During the period studied, the effusive activity that began on November 27, 2022 from the active effusive vent at the northeast base of the Southeast crater continued, at an altitude of approximately 2800 m . Compared to previous weeks, no significant changes were observed from the cameras, effusive activity continued to show variable feeding, resulting in new lava flows that overlaid previous ones. In general, the morphology of the lava field, observable by surveillance cameras, remained unchanged and the lava flows continued to expand in the Valle del Leone and in the upper Valle del Bove, with the most advanced fronts confined to an altitude between about 2400 -2200 m altitude and, in particular, at an altitude of 2250 m i January 14 . 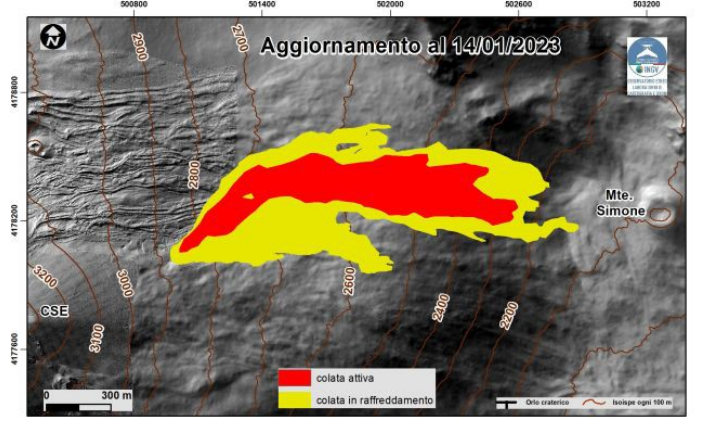 Map of the lava field updated to January 14, 2023, made by analyzing Sentinel satellite imagery from January 14. The background image is the shaded model of the relief of the summit area of Etna, obtained by processing drone images acquired during several overflights (September 15 and 21, 2022, October 6, 21 and 23), superimposed on the shaded model derived from Pléiades images of August 22, 2020 (AO Remote Sensing). CSE = Southeast Crater

An eruption of G. Ili Lewotolok occurred on Tuesday, January 17, 2023, at 9:52 p.m. WITA. The height of the eruptive column was observed at ± 500 m above the summit (± 1923 m above sea level). The ash column was observed to be white to gray with a thick intensity, oriented towards the southwest. The eruption was recorded on a seismograph with a maximum amplitude of 2.6 mm and a duration of 33 seconds.

Volcanic Cloud Height :
Best estimate of ash-cloud top is around 6154 FT (1923 M) above sea level or 1600 FT (500 M) above summit. May be higher than what can be observed clearly. Source of height data: ground observer. 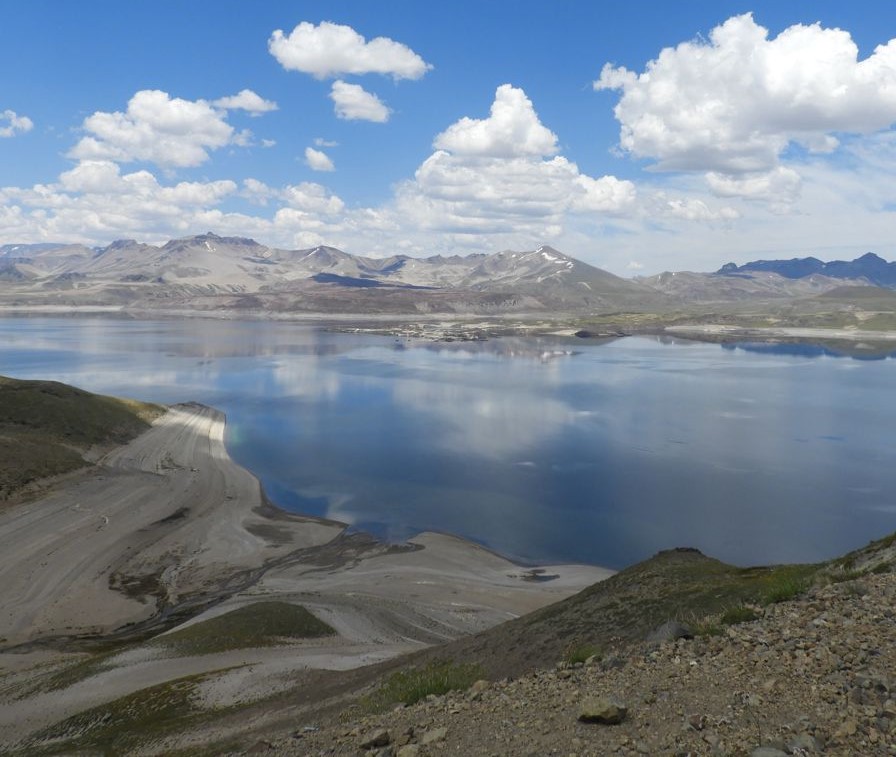 The volcanic technical alert remains at the green level. 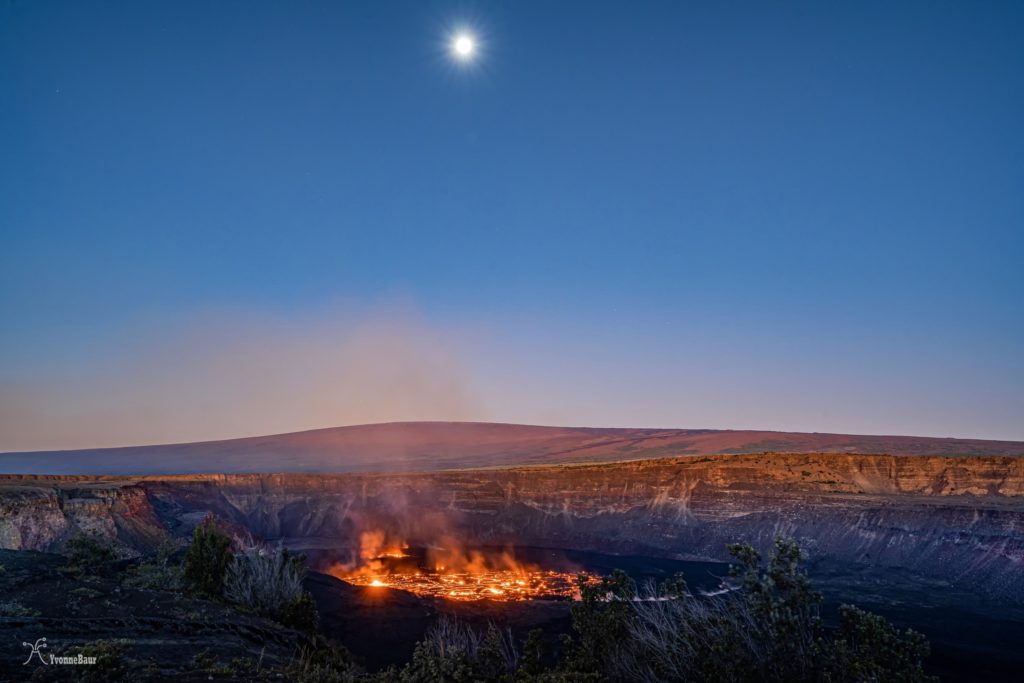 Summit Observations:
Summit tiltmeters showed deflationary tilt over most of the past day, with the onset of inflationary tilt this morning. Volcanic tremor remains above background levels. A sulfur dioxide (SO2) emission rate of approximately 3,500 tonnes per day (t/d) was measured on January 9, 2023. 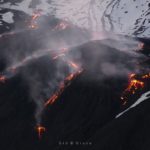 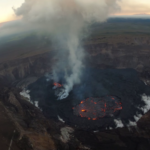