Activity Summary:
Kīlauea volcano is not erupting, though changes continue to occur in the summit region. This morning, August 25, the change in ground deformation of Kīlauea’s summit region persists, along with elevated seismic activity 1-2 km (0.6-1.2 mi) below the surface of the southern part of Kīlauea’s summit caldera; however, rates have decreased over the past 12 hours. Other monitoring data streams, including sulfur dioxide emission rates and webcam views, do not show changes. 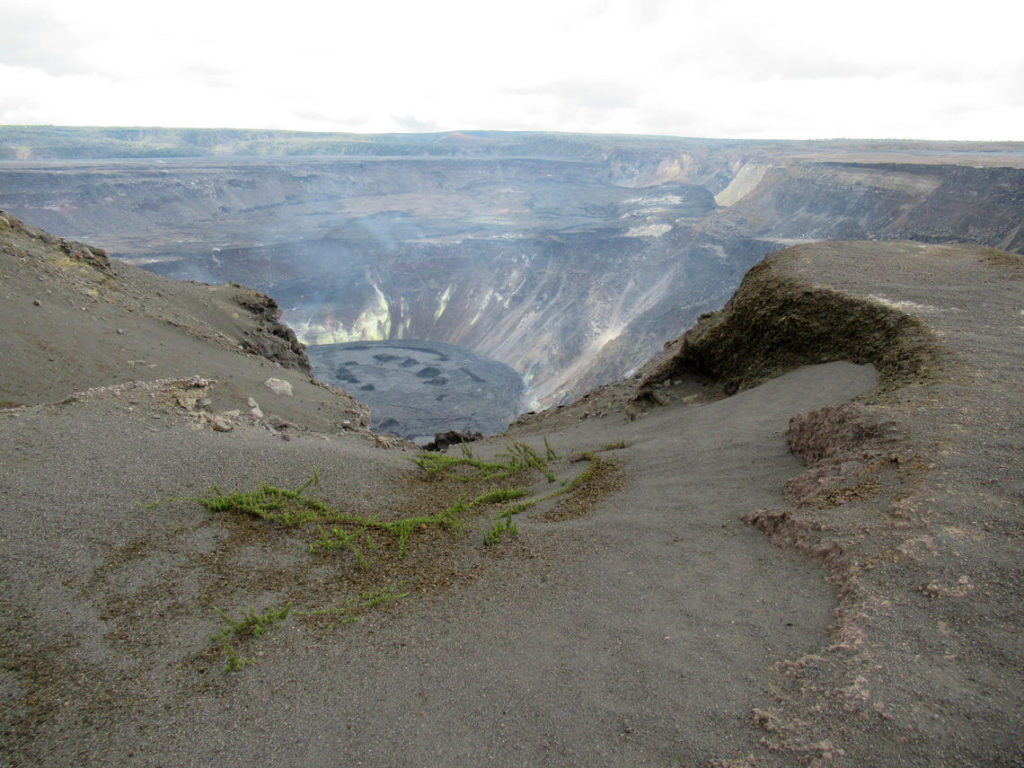 Summit Observations:
Elevated seismicity, which began at approximately 4:30 p.m. HST on August 23, continues beneath the south part of Kīlauea’s summit caldera, within the closed area Hawaiʻi Volcanoes National Park. Within the past 24 hours, over 275 earthquakes have been detected; the rate of earthquakes detected per hour peaked at 28 events detected between 7 and 8 p.m. HST on August 24. Rates of earthquakes have decreased over the past 12 hours, over which time about 75 earthquakes have been detected at a rate of 5-12 events per hour. Most of the earthquakes are between magnitude 1 and 2 and are occurring approximately 1-2 km (0.6-1.2 mi) below the surface. Over the past 24 hours, summit tiltmeters have continued to record a change in the rate and style of ground deformation in the summit region, with a slight decrease in rate overnight. These observations suggest that magma may be continuing to be supplied beneath the surface of the south part of Kīlauea’s summit caldera, though at a decreased rate over approximately the past 12 hours.

SO2 emission rates remain at very low levels that have persisted since May 2021, when the most recent summit eruption ended. Concentrations of SO2 in ambient air, measured at stations in the Kīlauea summit region, show no changes associated with the increased earthquake activity and ground deformation rates. The most recent sulfur dioxide (SO2) emission rates, measured on August 12, were 50 tonnes per day, close to levels associated with the non-eruptive period from late 2018 to late 2020 (less than 50 tonnes per day). This is significantly lower than emission rates that averaged over 800 tonnes per day from mid-February to mid-April when the summit eruption of Kīlauea was ongoing. 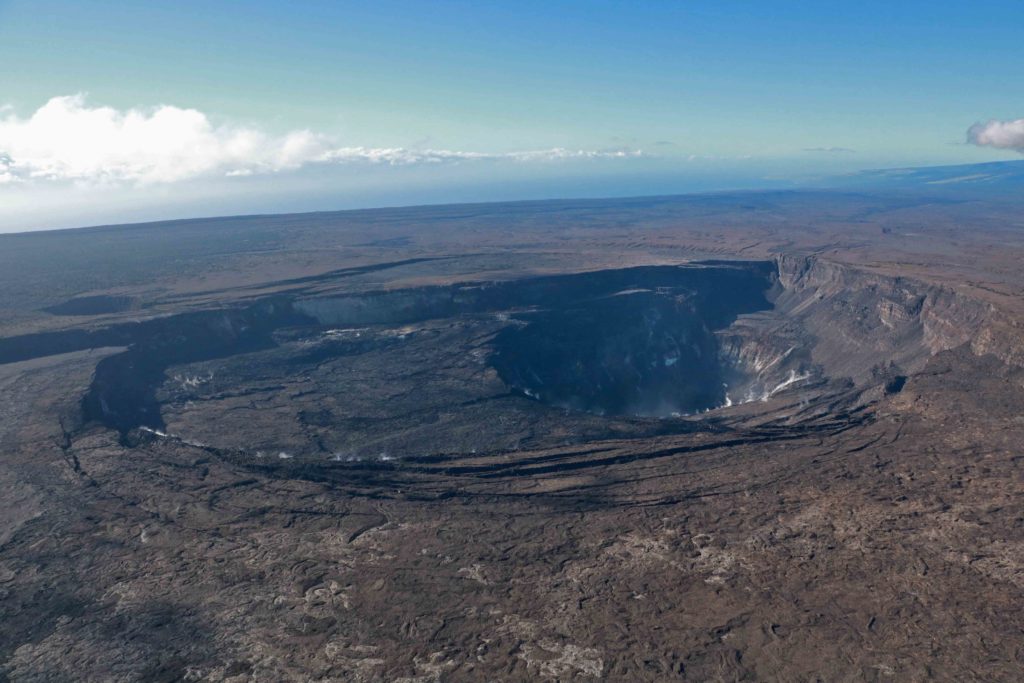 Southwest Rift Zone Observations:
No unusual activity noted in the region. No indication of activity migrating into the region.

East Rift Zone Observations:
No unusual activity noted into the region. No indication of activity migrating into the region. Ground deformation monitors indicate that the upper East Rift Zone—between the summit and Puʻuʻōʻō—is refilling at rates similar to those measured over the past 2 years and before the December 2020–May 2021 eruption in Halemaʻumaʻu. SO2 and hydrogen sulfide (H2S) emissions from Puʻuʻōʻō were below instrumental detection levels when last measured on January 7, 2021.

Halemaʻumaʻu Lava Lake Observations:
The surface of Halema‘uma‘u lava lake, which was actively erupting from December 2020–May 2021, remains covered by stagnant and solidified lava crust. Currently, there is no indication of Halema‘uma‘u vent resuming eruption.

The Japan Coast Guard reported that the eruption at Fukutoku-Oka-no-Ba continued during 16-22 August. Gas-and-steam emissions continued to be observed from the center of the island on 16 August. The pumice raft that was first identified on 15 August had expanded to about 100 km to the WNW and was about 13 km wide. Brown discoloration was visible surrounding the new island, which had a variable shape but a consistent diameter of 1 km by 16 August. 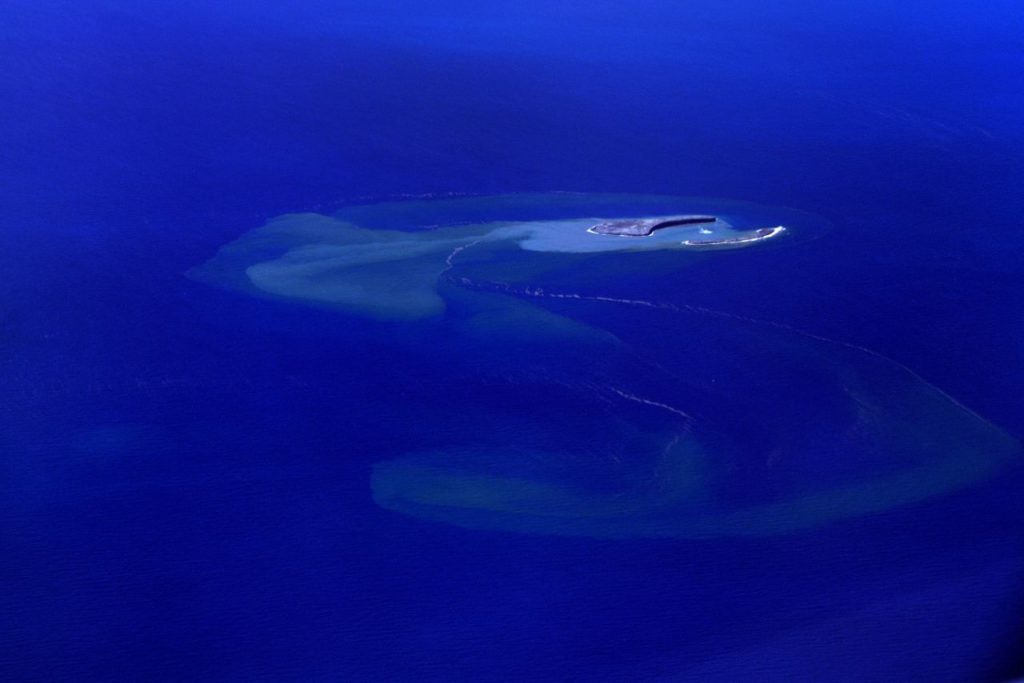 A local fisherman in the Ogasawara Islands who was fishing in South Iwo Jima (5 km NNE) posted photos and videos on 17, 20, and 22 August that showed strong white gas-and-steam plumes rising above the volcano. On 20 August lightning was visible within the gas-and-steam plume. On 22 August the plume was observed during 04h30-06h30.

The fissure eruption in the W part of the Krýsuvík-Trölladyngja volcanic system, close to Fagradalsfjall on the Reykjanes Peninsula, continued during 18-24 August, though weather often obscured the view of the vents. During 18-19 August new lava flows were observed overflowing the SW and NE crater rims and traveling S, E, and SE in the Geldingadalur and Meradalir valleys. Gas-and-steam plumes often accompanied these flows. On 20 August a large collapse from the inner crater rim was observed in video images (Langihryggur camera), generating some ash emissions. 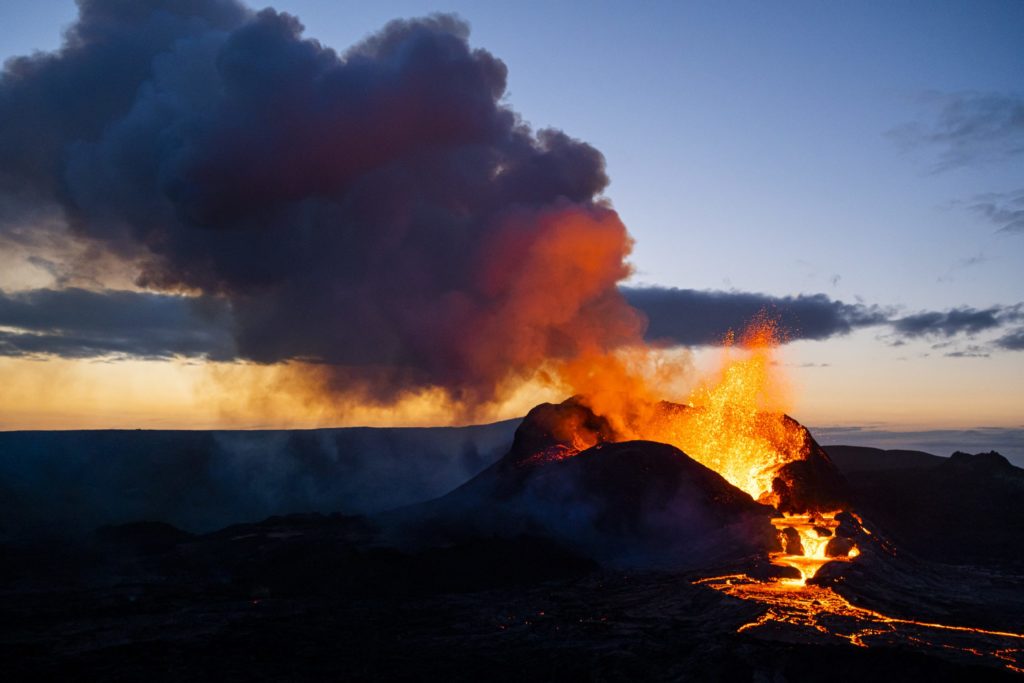 Lava flows traveled toward the Nàtthagi valley during 21-24 August, based on webcam data. Video taken during 21-22 August showed some lava fountaining and flows overflowing the sides of the main cone, accompanied by white gas-and-steam emissions. The Aviation Color Code remained at Orange due to the lack of ash and tephra emissions, though IMO warned of the potential for lapilli and scoria fallout within a 650 m radius of the active vent. Authorities also warned of gas emissions hazards. 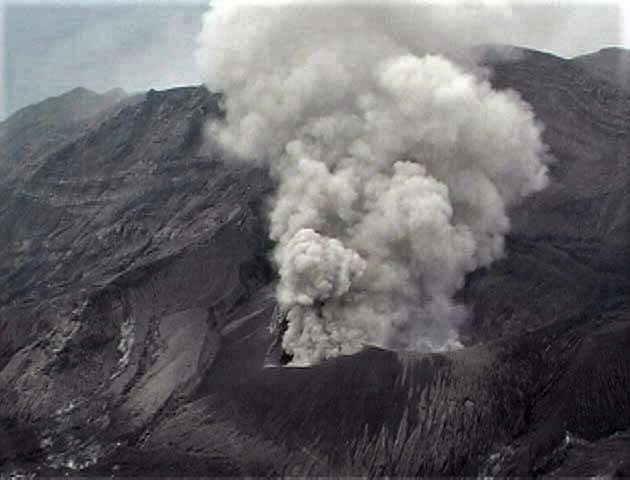 On 21 August at 06h17 an explosion generated an ash plume that rose 3.2 km above the crater and drifted N. A large amount of ashfall (over 1 mm) was reported in Toshima village and smaller amounts (less than 0.1 mm) were reported in Makurazaki, Minamisatsuma, Minamikyushu, Kagoshima, Ibusuki, and Hioki. A second explosion followed at 09h06 that produced an ash plume 3.2 km above the crater that drifted N. The Tokyo VAAC reported ash plumes to 1.5-3.9 km (5,000-13,000 ft) altitude that drifted NE during 18-25 August. The Alert Level remained at 2 and the public was warned to stay 1 km away from the crater.

Photo : Taken from a helicopter of Kagoshima Prefecture by JMA .

On Wednesday August 25 at 17:52 local time (21:52 UTC), the monitoring stations installed in the vicinity of the Nevados de Chillán volcanic complex recorded an earthquake associated with the dynamics of the fluids inside the volcanic system (type Longue Period). 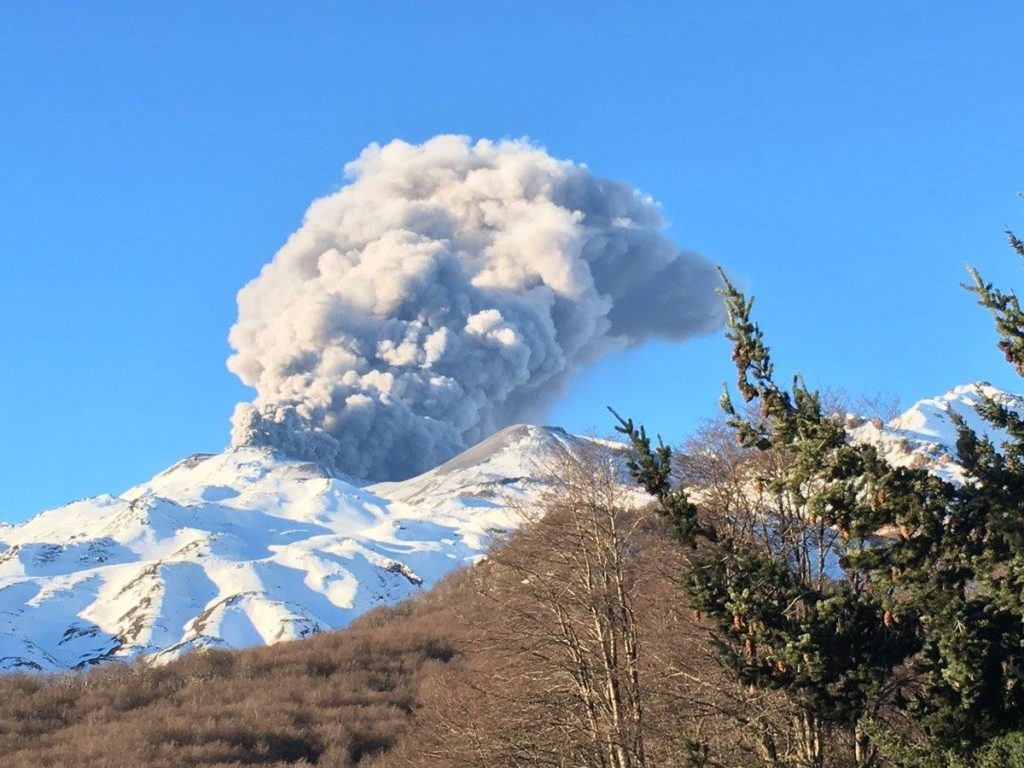 OBSERVATIONS:
No surface activity is observed due to weather conditions. 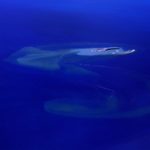 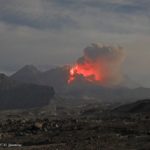