There are growing signs that another major eruption is imminent on the Grímsvötn. According to the Icelandic Met Office, which is also the meteorological authority responsible for volcanoes, there are several signs of increasing volcano activity. Last month, the frequency of earthquakes was significantly higher than normal and the subsoil around the crater rose significantly. The degree of this uprising already exceeds that of the 2011 eruption, it is said.

Another sign is the increased release of volcanic gases in the glacial zone above Grimsvötn. Measurements show that geothermal activity and heat flow in the volcanic area have increased significantly in recent months. Both are considered to be signs of an impending eruption: « An increase in seismicity and heat flow is typically seen six months to two years before a caldera eruption, » says volcanologist Magnús Guðmundsson from the University of Iceland. 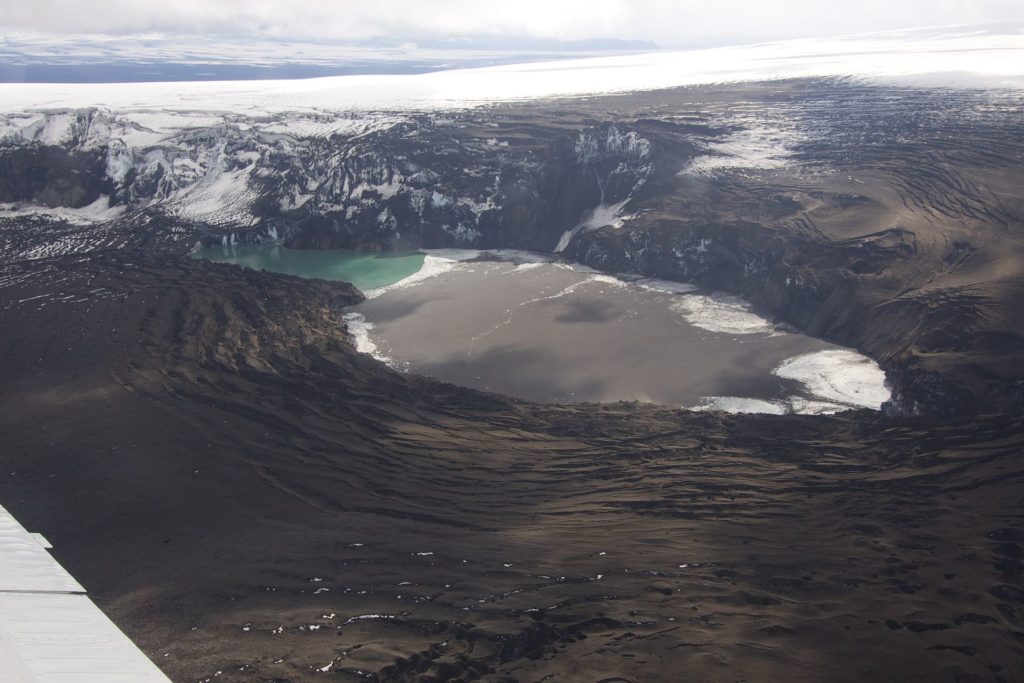 Aerial view on August 27, 2011 of the subglacial lake brought to light by the melting of Vatnajökull during the eruption at the end of May 2011; Grímsfjall, the summit of Grímsvötn, (left) protrudes from the glacier covered with tephras around the site of the eruption.

During the period evaluated, the volcano-tectonic (VT) seismicity remained stable compared to the previous period, remaining at values considered low for this volcano.
The highest energy event had a local magnitude (ML) of 1.9 and was located 0.6 km west-southwest (OSW) of the crater at a depth of 2.6 km.
Long period type (LP) seismic activity and discrete explosive activity (EX) showed a decrease compared to the previous period.
The continuous tremor signal remained at low levels, probably related to a decrease in surface activity in the crater.
The images provided by the IP cameras made it possible to observe an almost constant column of degassing, sometimes with particulate matter. The maximum height recorded was 1040 m above the crater, corresponding to a mainly gaseous emission. 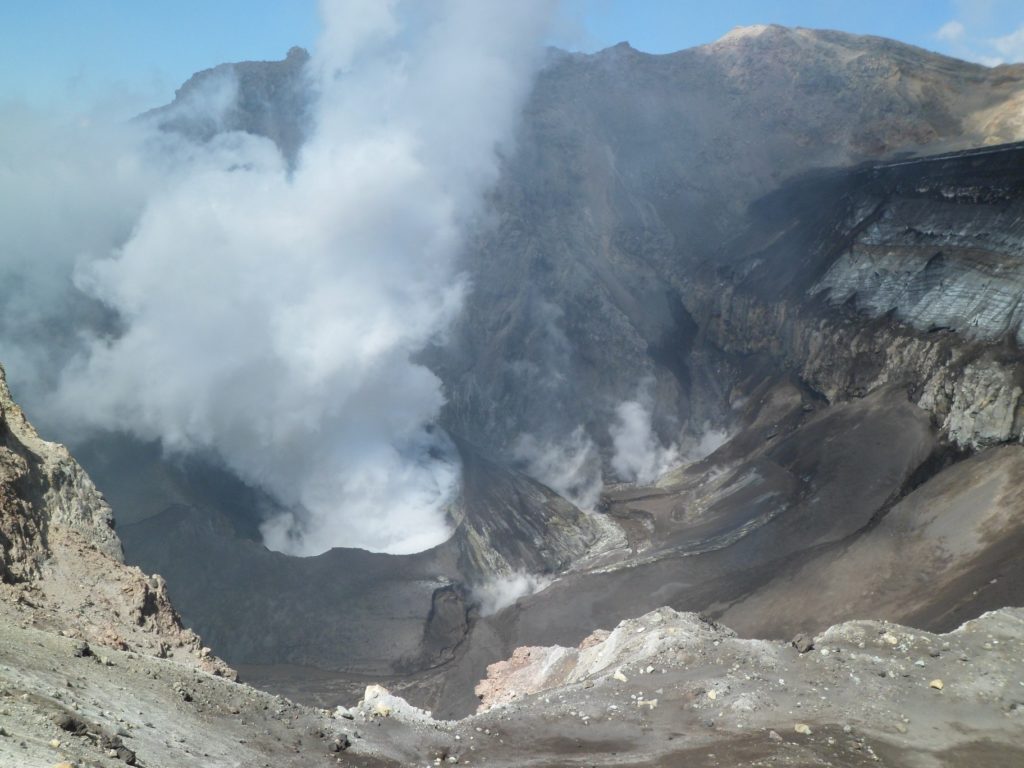 The SO2 emissions recorded on the surface by the DOAS stations showed average values ​​of 1714 tons / day with a maximum value of 4522 tons / day on September 28, a value considered high for this volcano.

CONCLUSIONS
The Copahue volcano monitoring parameters remain at levels considered low. However, the presence of particulate matter on the surface, the occurrence of a nocturnal incandescence and the recording of abnormal SO2 values ​​indicate that the volcano is still outside its base level.

This suggests an instability of the volcanic system, a product of the presence of a magmatic body near the surface, and the possible collapse of the hydrothermal system. 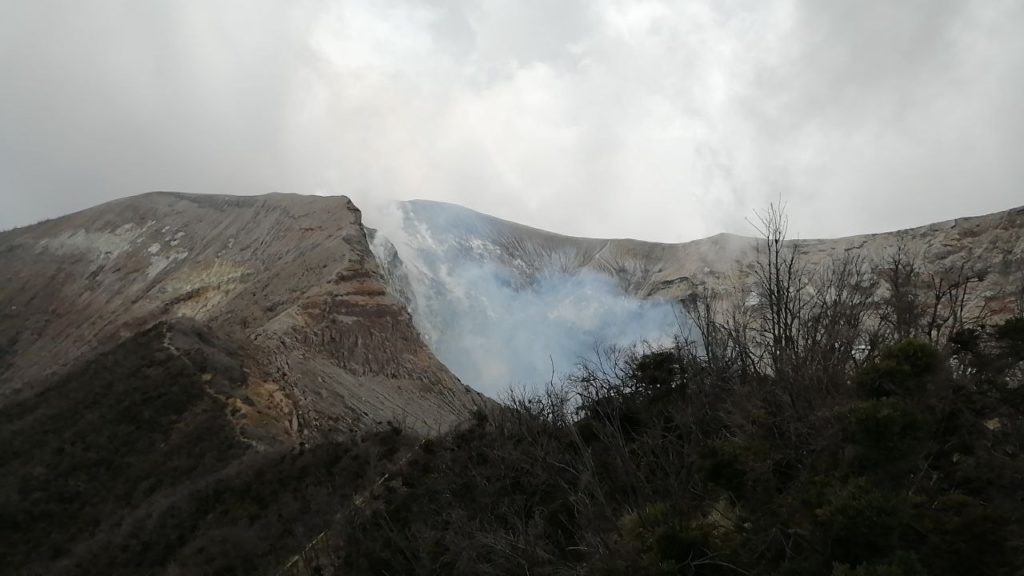 No ash emission was observed. Seismic activity continues with a downward trend in the number of LP type events. The contraction continues to be sharply centered in the same focus in which inflation has been observed in previous years. Due to unfavorable environmental conditions, little gas monitoring data could be obtained, but it seems that the downward trend in SO2 flux continues and the CO2 / SO2 and H2S / SO2 ratios remain stable. No thermal anomaly was detected by the MODIS analysis. 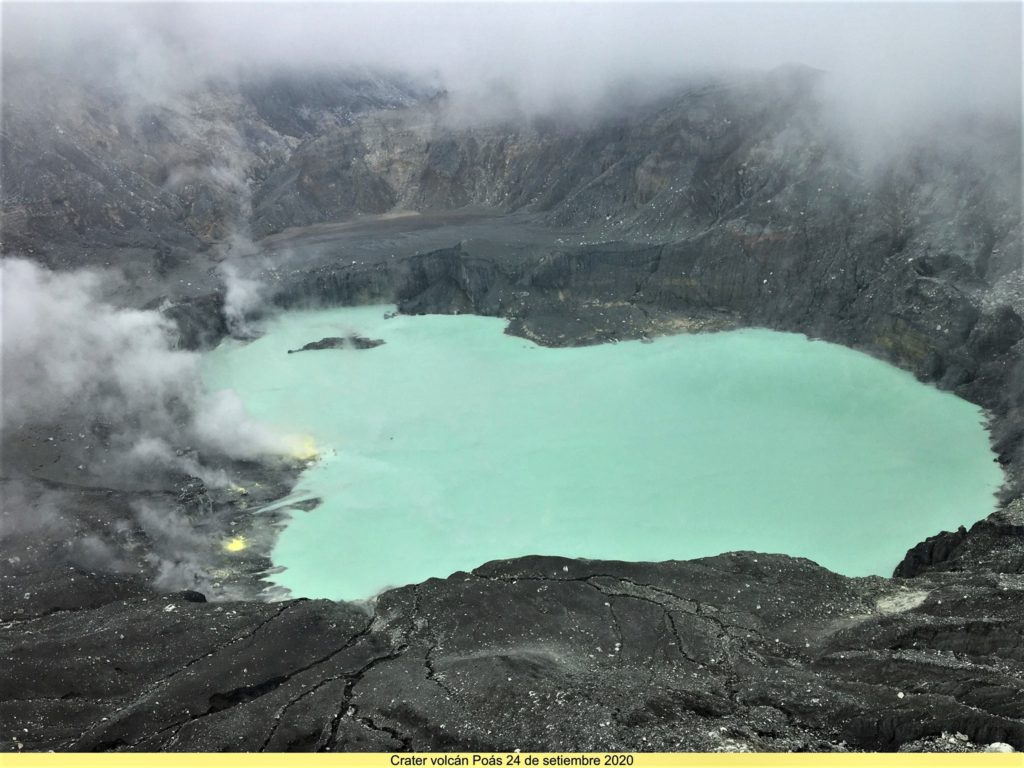 No eruption was detected. The seismic activity seems unstable with a small increase in the number of LP-type events and the appearance of small tremors. There is no significant deformation. Due to unfavorable environmental conditions, little gas monitoring data could be obtained, but it seems that the downward trend of SO2 flux continues, the CO2 / SO2 and H2S / SO2 ratios remain stable. The SO2 concentration at the Mirador did not reach more than 3 ppm. The level of the lake has risen by a few decimeters. No thermal anomaly was detected by the MODIS analysis. 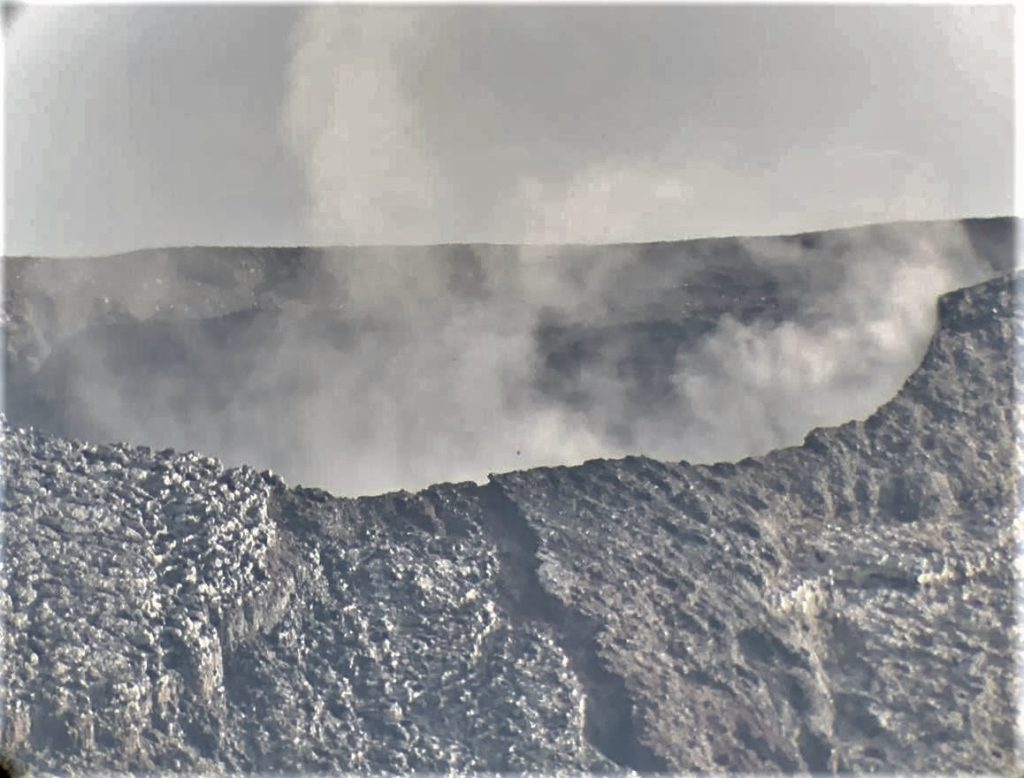 The eruptive activity of Rincón de la Vieja continues with 1 to 2 small eruptions per day. Seismic activity remains unstable. This week, a large amplitude harmonic tremor was recorded, which was also recorded by infrasound. The tremort began to increase.
In general, the RSAM is lower than that of the months of July-August, the frequency of ‘Tornillos’ type events is also intermediate between that of the events that occurred in January and the events of April-June. No thermal anomaly has been observed. was detected by the MODIS analysis.

Over the past 24 hours, the Popocatepetl volcano monitoring system has identified 106 exhalations accompanied by volcanic gas emissions and sometimes slight amounts of ash. In addition, 577 minutes of tremor were recorded.

During the night, an incandescence and a constant sometimes intensified emission were observed. 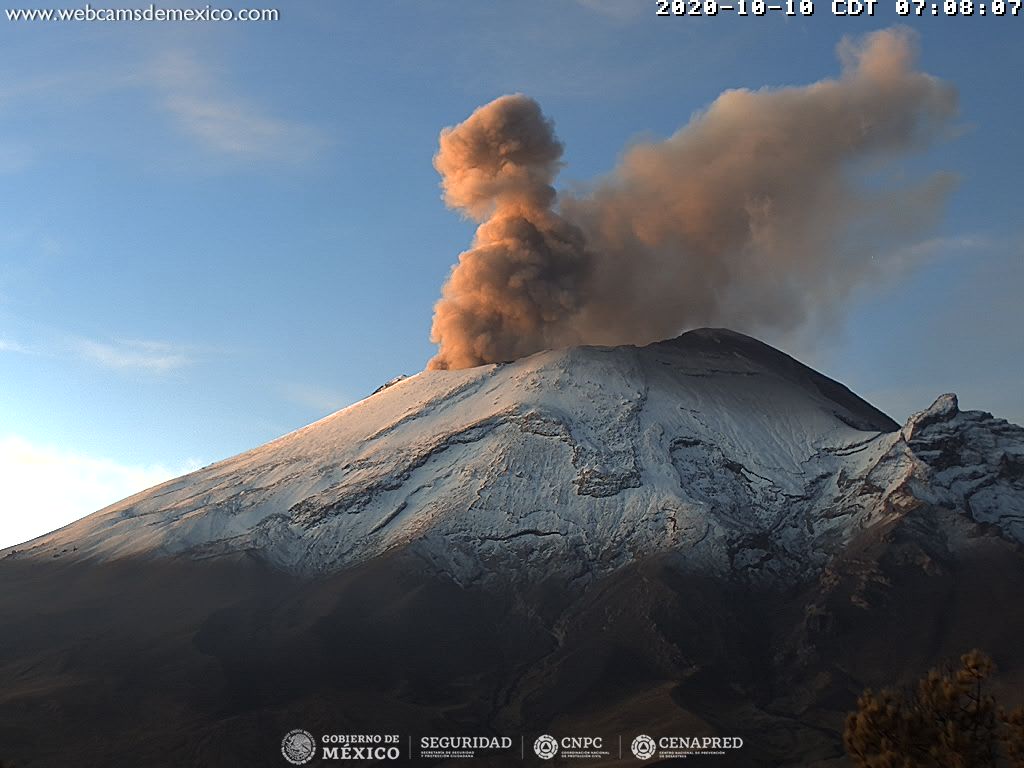 Since the morning and at the time of this report, an emission of water vapor, gas and small amounts of ash has been observed, dispersing in a West-North-East direction (.

The Popocatépetl volcanic alert semaphore is in YELLOW PHASE 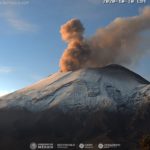