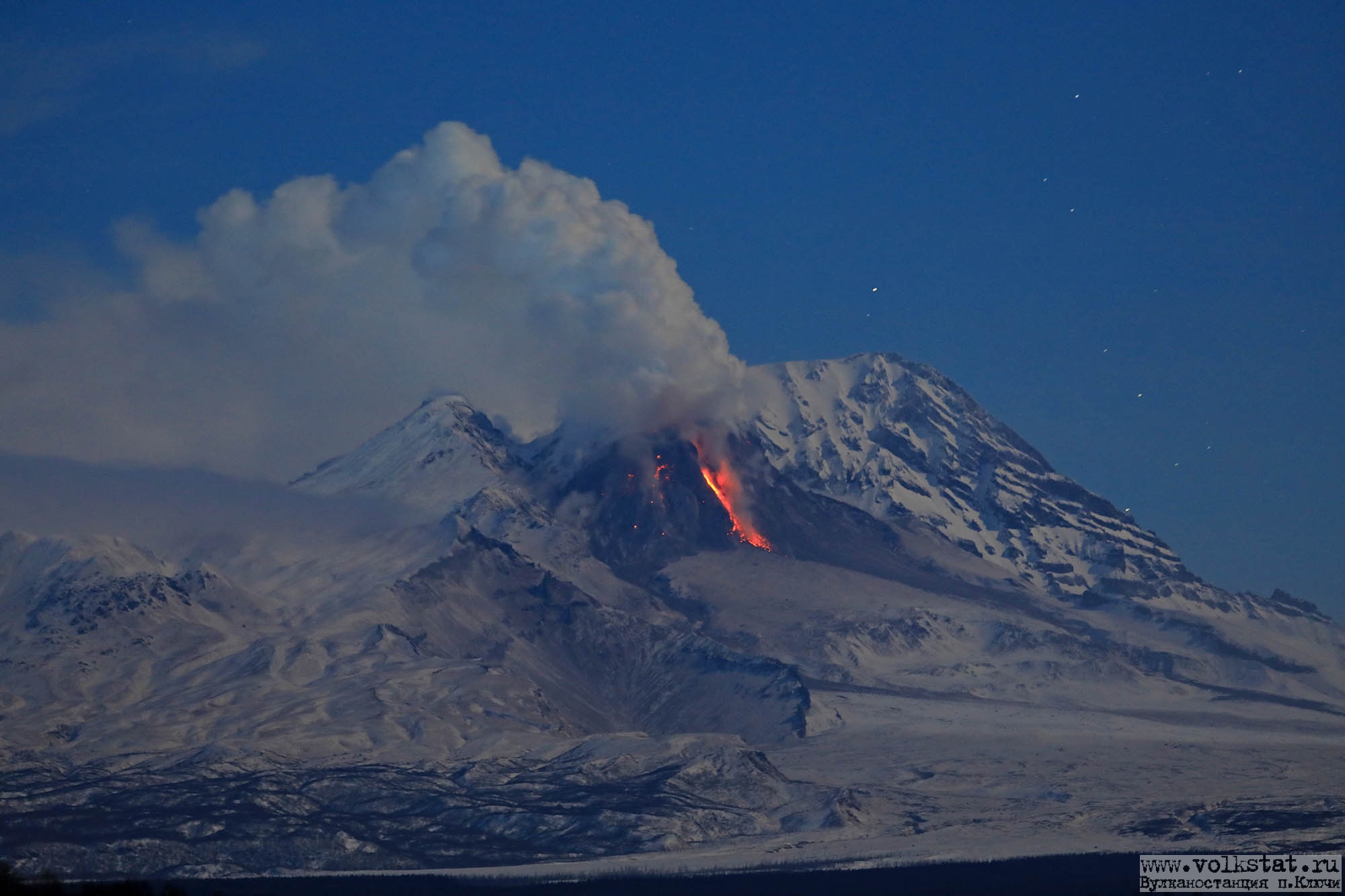 A growth of the lava dome continues, a strong fumarolic activity sometimes with some amount of ash, and an incandescence of the western part of the lava dome and hot avalanches accompanie this process. Satellite data showed a thermal anomaly over the lava dome on 11, 13-14 and 16-17 September, the volcano was obscured by clouds in the other days of week. 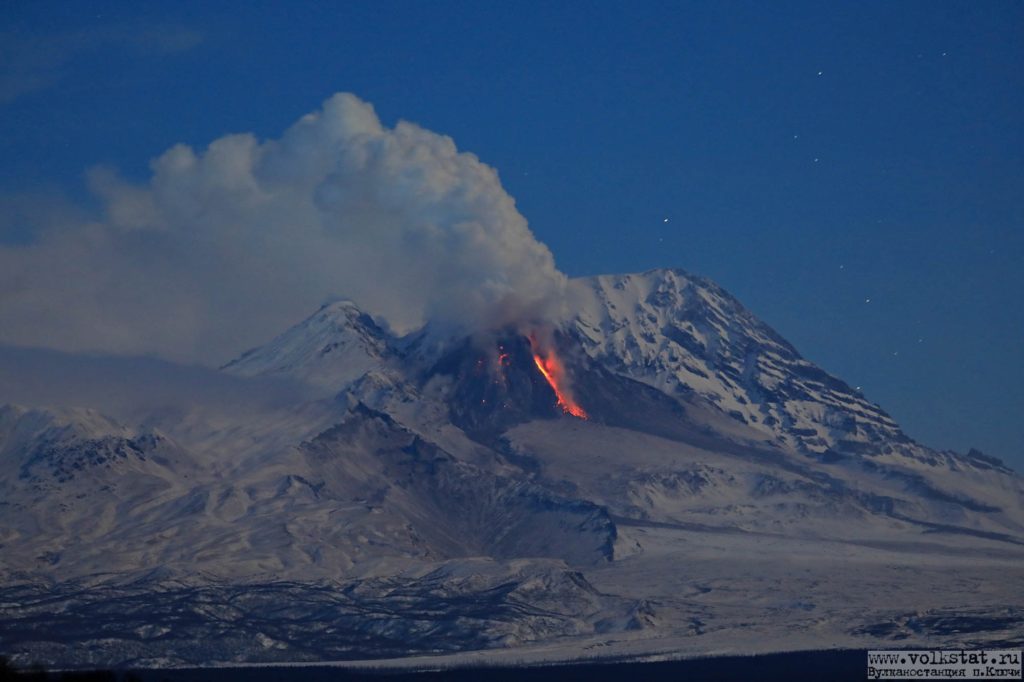 The high, isolated massif of Sheveluch volcano (also spelled Shiveluch) rises above the lowlands NNE of the Kliuchevskaya volcano group. The 1300 km3 volcano is one of Kamchatka’s largest and most active volcanic structures. The summit of roughly 65,000-year-old Stary Shiveluch is truncated by a broad 9-km-wide late-Pleistocene caldera breached to the south. Many lava domes dot its outer flanks. The Molodoy Shiveluch lava dome complex was constructed during the Holocene within the large horseshoe-shaped caldera; Holocene lava dome extrusion also took place on the flanks of Stary Shiveluch. At least 60 large eruptions have occurred during the Holocene, making it the most vigorous andesitic volcano of the Kuril-Kamchatka arc. Widespread tephra layers from these eruptions have provided valuable time markers for dating volcanic events in Kamchatka. Frequent collapses of dome complexes, most recently in 1964, have produced debris avalanches whose deposits cover much of the floor of the breached caldera.

The volcano is clearly visible until it is covered in fog. It was observed that the main crater emits white smoke with moderate height, thick, about 200 meters above the summit. The weather is sunny to cloudy, the winds weak to strong, oriented to the east and south-east.

According to the seismographs of September 17, 2020, it was recorded: 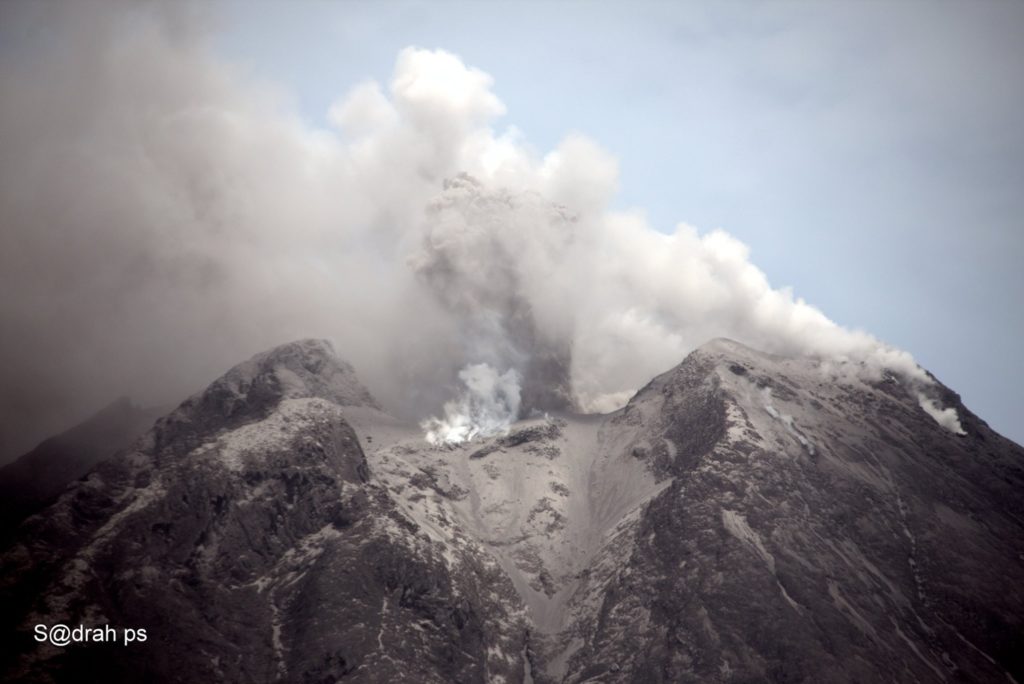 The public and visitors / tourists should not carry out activities in the villages that have been relocated, as well as within a radial radius of 3 km around the summit of G. Sinabung, and a sector radius of 5 km for the southern sector -East and 4 km for the East-North sector.
In the event of ash rain, people are advised to wear masks when leaving the house to reduce the health effects of volcanic ash. Secure drinking water facilities and clean the roofs of houses from dense volcanic ash so that it does not collapse.
People who live near the rivers flowing down from Mount Sinabung should be aware of the dangers of lahars. 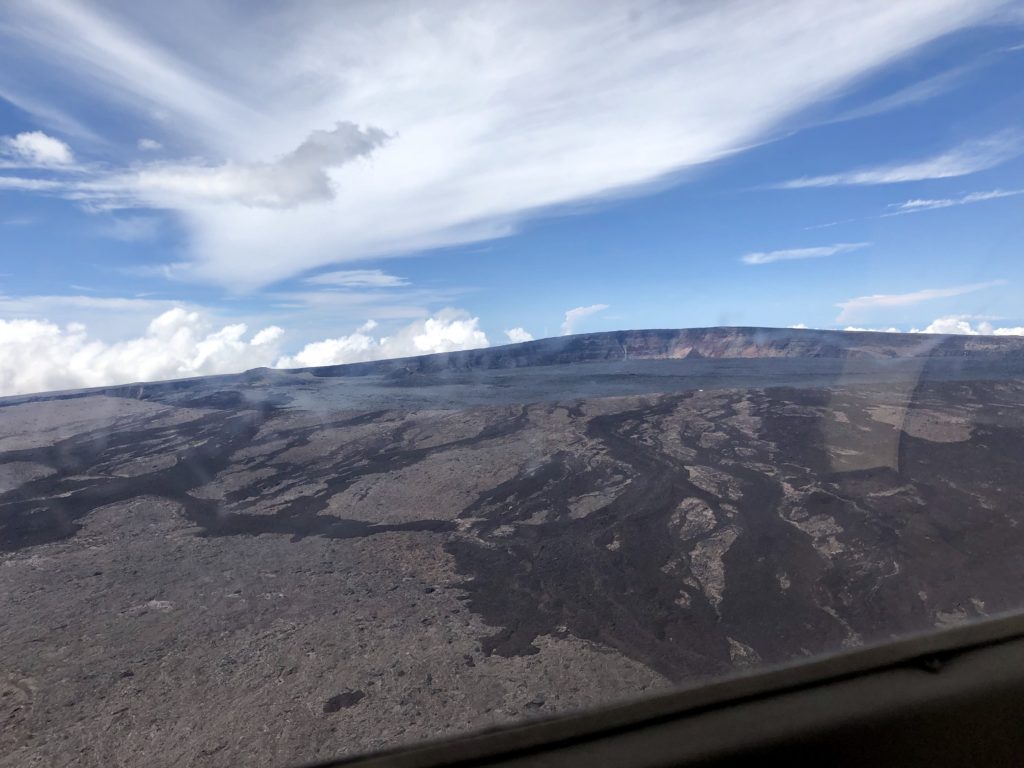 Observations:
Over the past week, HVO seismometers recorded approximately 67 small-magnitude earthquakes – all below M2.5 – beneath the volcano’s summit and upper-elevation flanks. The majority of these earthquakes occurred at shallow depths of less than 8 kilometers (approximately 5 miles) below ground level.

No ash emission was observed. The seismic activity is stable, with a stable number of LP type events. Few TT type events are recorded. The contraction and subsidence of the Turrialba-Irazú massif continues. The CO2 / SO2 and H2S / SO2 ratios are stable. The SO2 flow remains low (~ 100 t / day) with a slight downward trend. No thermal anomaly was detected by the MODIS analysis. 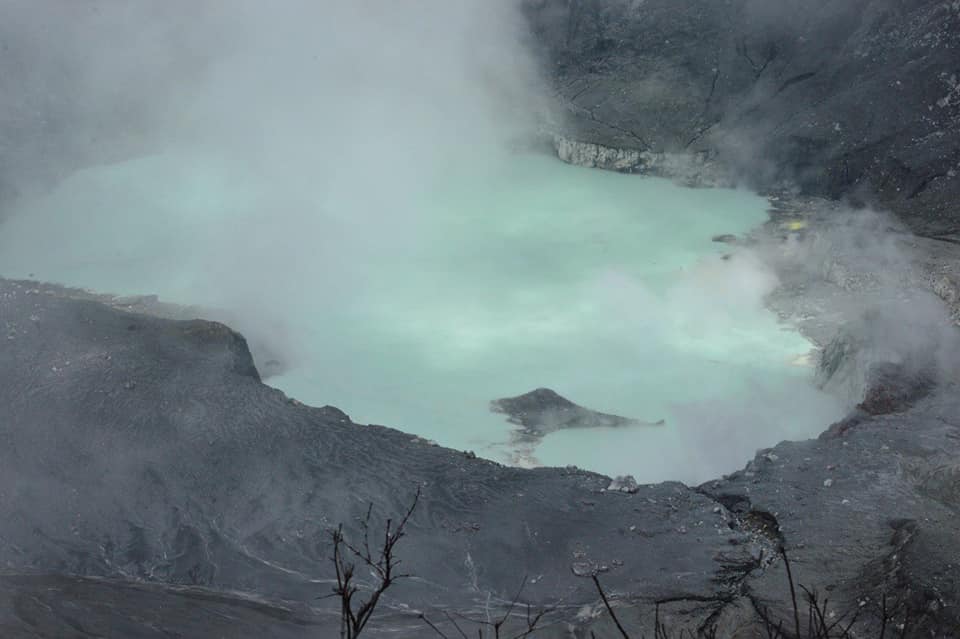 No éruption was detected. There was a slight increase in the number of LP-type events and a prolonged tremor on September 13. There is no significant deformation observed by geodetic measurements. The SO2 / CO2 and H2S / SO2 ratios remain variable within the normal range of values. The SO2 flow rate remains low with values ​​below 50 t / day. The level of the lake dropped slightly during the week and the estimated evaporation increased again.

Several low energy phreatic eruptions have been recorded. The number of LP-type events peaked on September 13, the amplitude of the tremor signal increased slightly. A swarm of VT-type events was recorded on September 11. Significant contraction and deflation of the base and top of the volcanic edifice begin to be observed. No thermal anomaly was detected by the MODIS analysis. 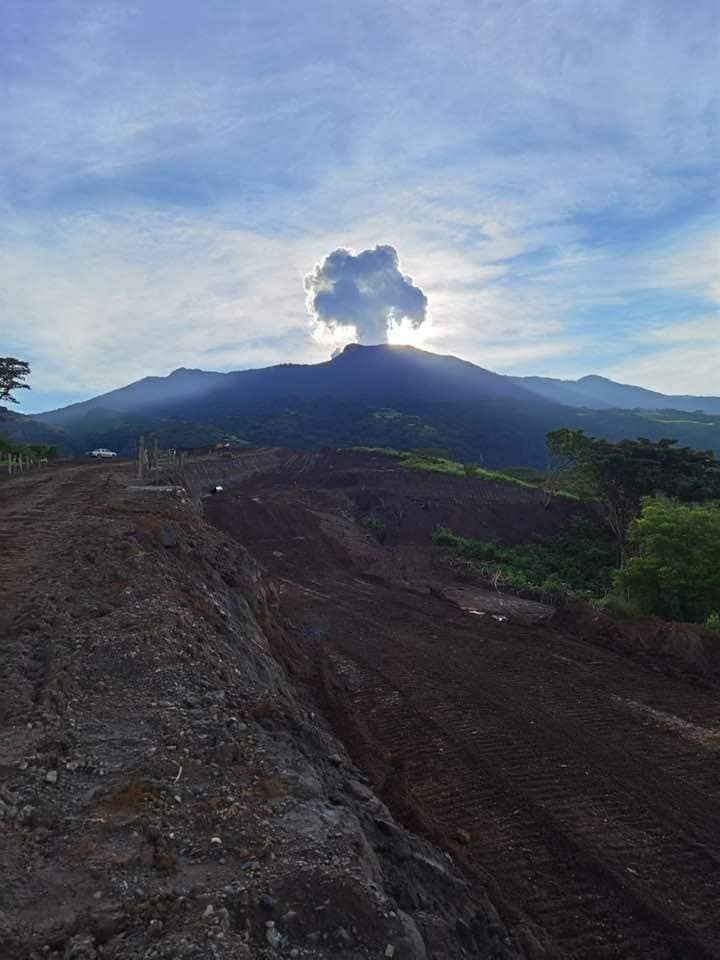 At 06:32:00 local time on September 17, 2020, an eruption was recorded on the Rincon de la Vieja volcano, with a column that rose 700 meters above the crater and 2616 m.s.n.m. (meters above sea level, 8,580.48 feet).
Duration of activity: 1 minute.
Seismic activity is similar compared to yesterday.
At the time of this report, the winds are blowing northwesterly.
The 6:32 a.m. eruption did not generate a lahar. A banded and discontinuous tremor is observed between 1 and 4 Hz. 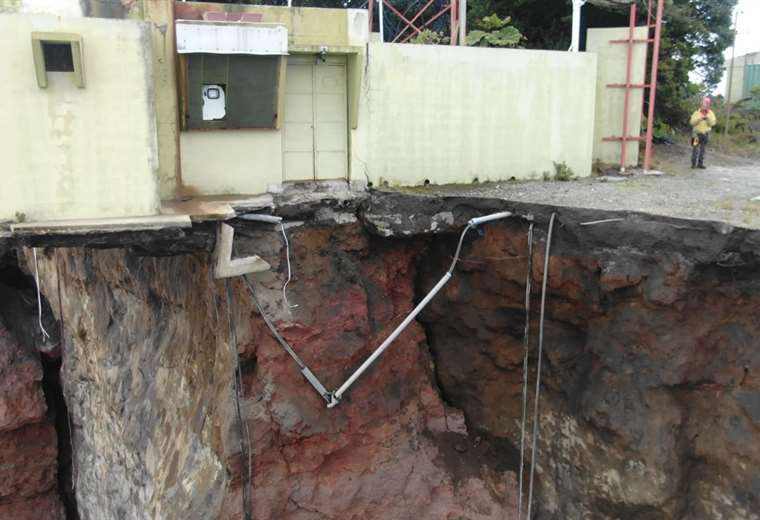 The OVSICORI seismic network recorded 3 landslides during the week (the last on September 11) and one LP type event on September 14. The GPS measurements of the terrain show a rapid movement towards the cliff in the northwestern part of the communication tower area (~ 1m / year) with a slight acceleration. Comparison between satellite photos (Sentinel-2) shows an affected area of vegetation up to 5.2 km away from the August 26 collapse (info: USGS-VDAP). 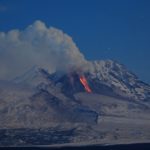 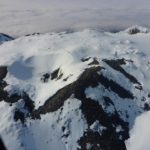