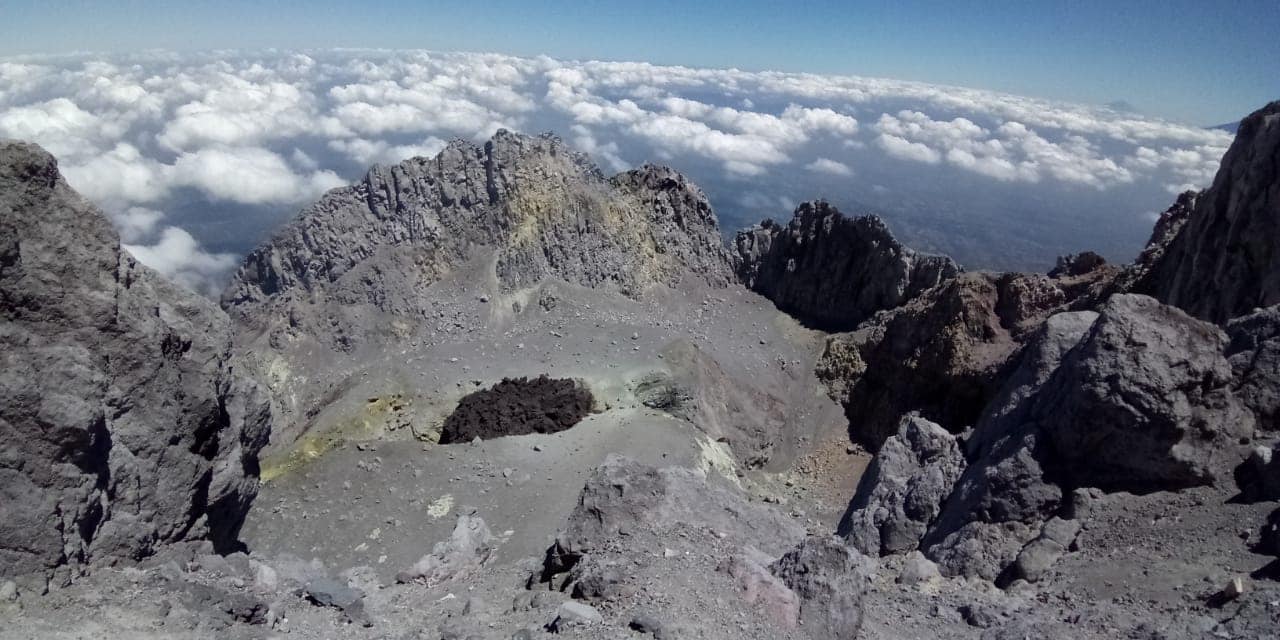 Level of activity at Level II(WASPADA). The Merapi (2968 m) does not show a continuous eruption.

Since yesterday and until this morning, the volcano can be observed clearly until it is covered with fog. Smoke from the crater is observed to be white, thin, 20 m above the peak. The wind is blowing weakly to the North-South-West. 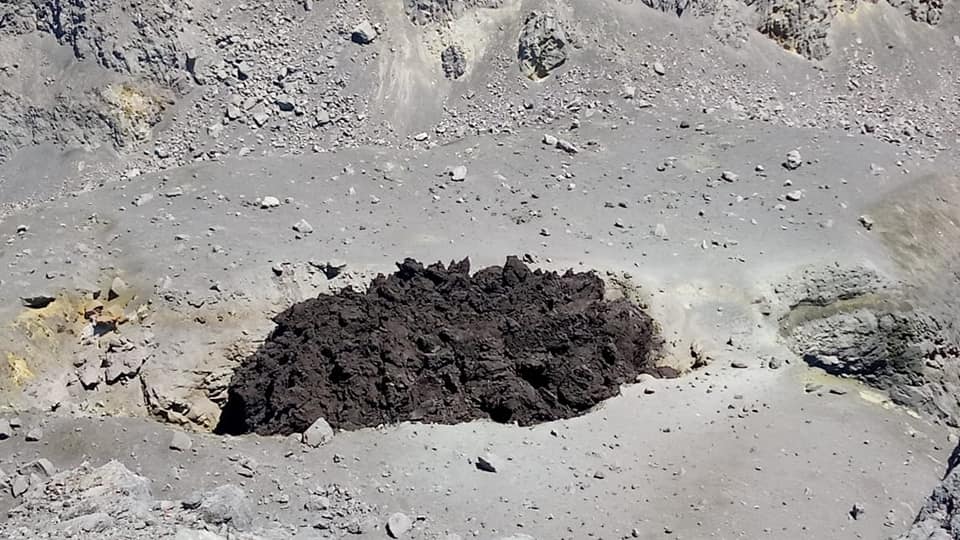 Note: New growth of a lava dome on the Merapi. Photos from August 18, obtained from the Indonesian authorities.

During the last 24 hours, through the monitoring systems of the Popocatepetl volcano, 100 low intensity exhalations, accompanied by emissions of water vapor, gas and small amounts of ash, as well as an explosion, today at 05:23 pm, have been identified. In addition, yesterday, 128 minutes of programs were recorded, corresponding to a duration of 19:22 to 21:30, as well as 11 minutes of harmonic tremor of low amplitude. 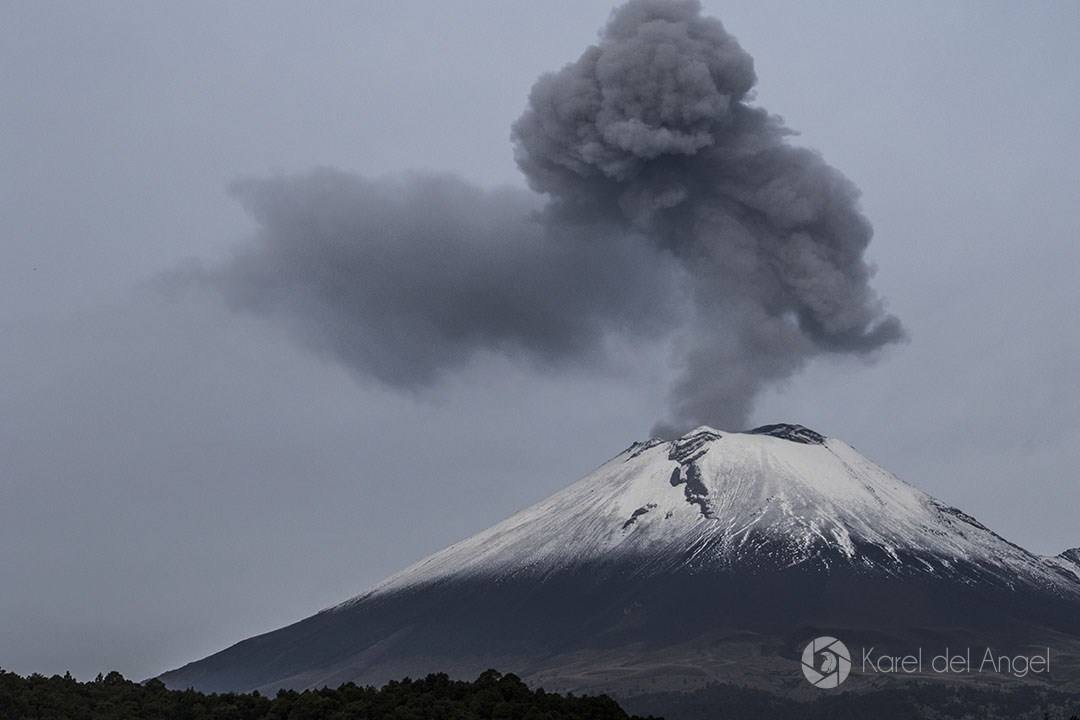 During the night, an incandescence was observed in the crater area.
At the time of this report there is visibility on the volcano and a column of steam and gas in the west direction has been observed.

CENAPRED asked not to approach the volcano and in particular the crater, because of the risk of falling of projectiles, and in case of heavy rain to stay away from the bottoms of the ravines because of the danger of landslides and sunflows. mud. 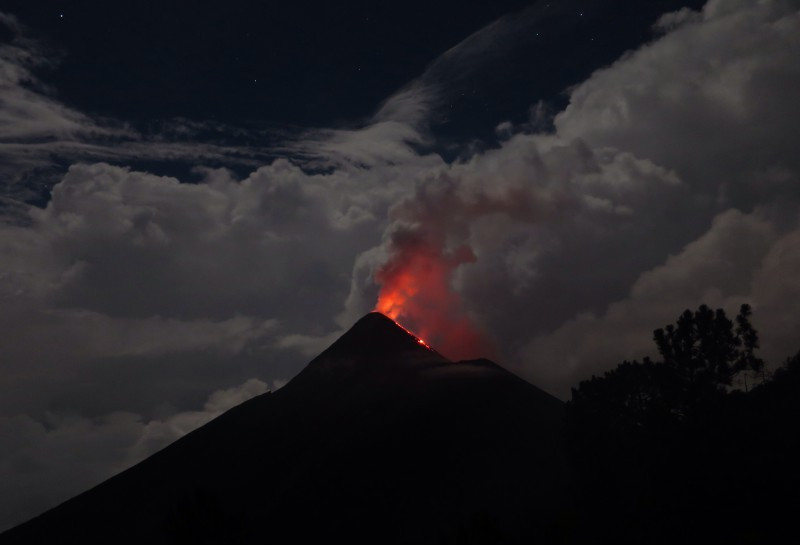 Activity:
Presence of degassing fumaroles, weak, white in color, at low altitude and dispersed by the winds towards the West. Six explosions with weak to moderate features are reported, emitting a gray column at an approximate height of 4,100-4,200 meters (13,455,000 meters) moving northwest and west. The explosions are accompanied by low to moderate rumblings, airplane turbine noises with gaps of 1 to 3 minutes. Low to moderate avalanches can be seen in the direction of Cenizas Canyon.

During the last week, the seismicity caused by the fracturing of the volcano rocks showed similar values in terms of the number of earthquakes and seismic energy released compared to the previous week. The earthquakes were located mainly in the North-East and South-South-East sections of the volcano and in the Arenas crater, at depths between 1.3 and 7.4 km. The maximum magnitude recorded during the week was 1.2 ML (local magnitude) corresponding to the earthquake on August 10 at 11:20 am (local time), located 2.4 km south-southeast of the crater Arenas, at a depth of 3.5 km. 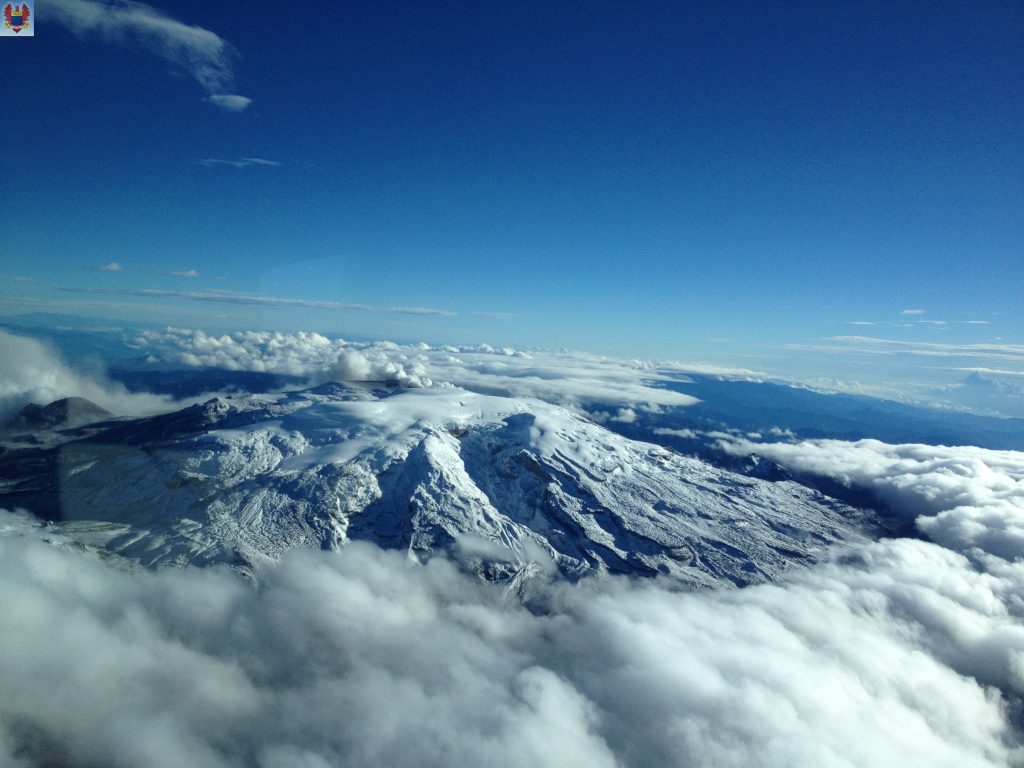 Seismicity related to fluid dynamics within volcanic ducts showed similar values ​​for the number of earthquakes and a slight increase in released seismic energy compared to the previous week. This type of seismic activity was characterized by the occurrence of long period type (LP) earthquakes, variable energy levels, and very long period (VLP) as well as volcanic tremor pulses. The earthquakes were located mainly in the Arenas crater. Some of these seismic signals have been associated with changes in the density of the gas column and water vapor, as confirmed by the images captured by the cameras installed in the volcano area.

The volcano continues to emit water vapor and gases into the atmosphere, among which is the sulfur dioxide (SO2), as evidenced by the values obtained by the SCANDOAS stations installed in the volcanic region and the satellite image analysis. In tracking the information provided by the NASMA FIRMS and MIROVA portals, a low-energy thermal anomaly was recorded during this week.

The column of gas and steam reached a maximum height of 350 meters measured at the top of the volcano, August 6. The direction of dispersal of the column was governed by the direction of the wind in the area, which during the week prevailed towards the NW-Northwest relative to the Arenas crater. 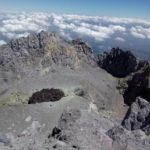 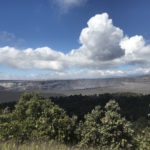