During the night of Saturday January 14, 2023, monitoring stations installed near the Villarrica volcano recorded Strombolian activity with seismicity associated with fluid dynamics within the volcanic system. (type LP). 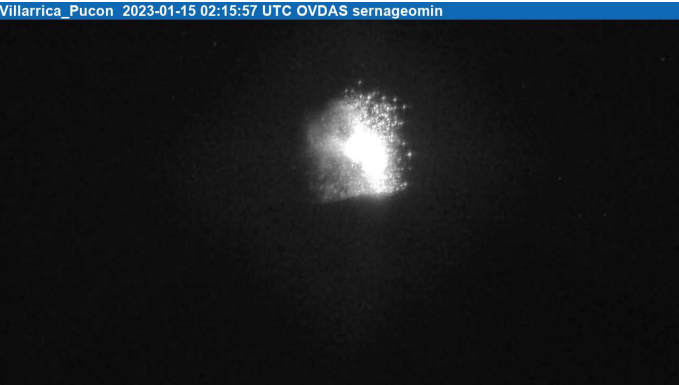 The characteristics of this activity are as follows:
MAXIMUM HEIGHT OF THE COLUMN: 140 meters above the point of emission
DIRECTION OF DISPERSION: Southwest (SW). 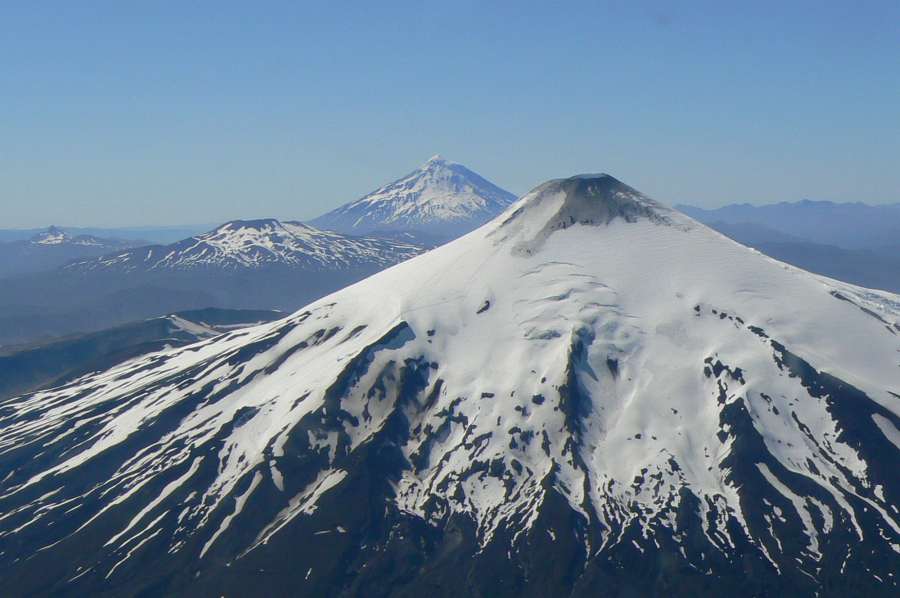 Since 22:11 HL (01:00 UTC on January 15, 2023) there has been an increase in the frequency of Strombolian explosions at a height of around 100 m above the crater. The observed explosions are characterized by the emission of incandescent materials on the surroundings of the crater. At the time of issuing this report, a total of 20 explosions have been counted, with heights of 60 to 150 m as indicated above.

The data corresponds to 12 hours of transmission from the reference station (SAGA).

Rains / Lahars:
Moderate rains occurred yesterday afternoon which did not generate lahars. ** In the event of heavy rains, these could remobilize the accumulated material, generating mudslides and debris that would descend the flanks of the volcano and flow into the adjacent rivers. ** 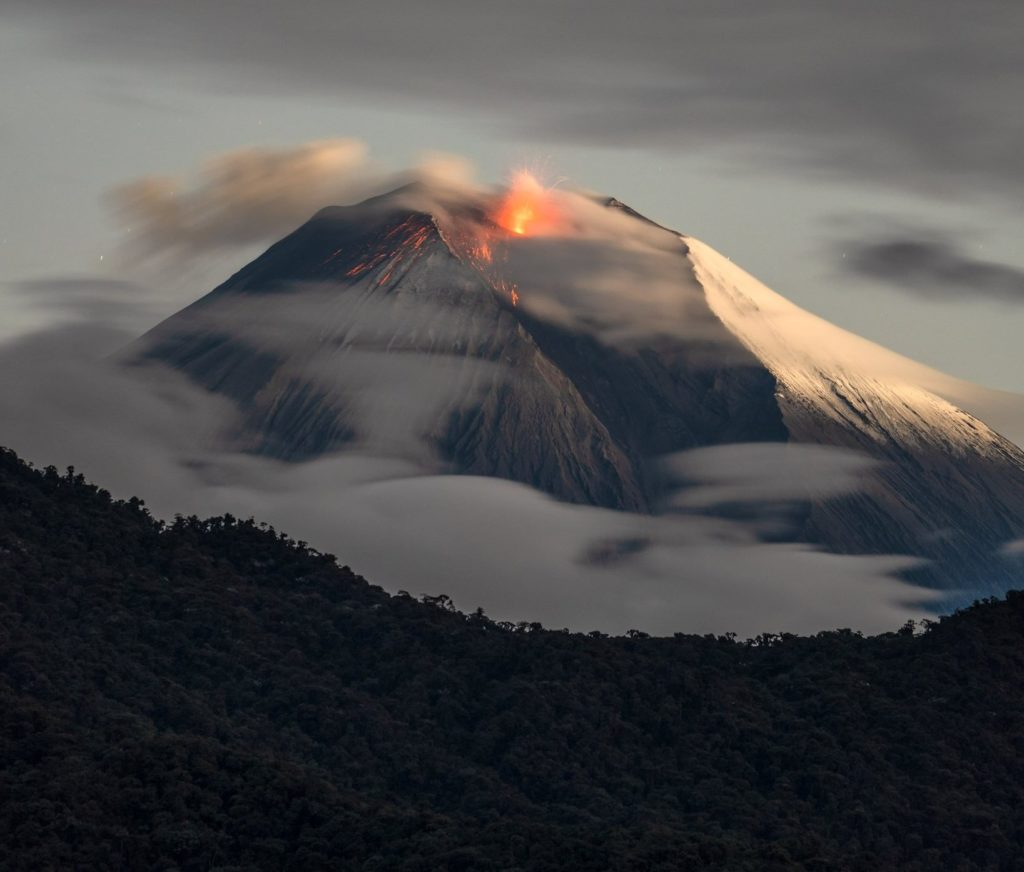 Emission / Ash Column:
At the end of the afternoon yesterday, the volcano was clear and an emission of gas with a low ash content was observed. Its height reached about 1000 meters above the level of the crater in a northeast direction. The Washington VAAC published 3 reports of ash emissions that reached a height of 1,170 meters above summit level and in a north and northeast direction.

Observation:
During the night and early in the morning, the volcano was clear and an incandescence could be observed at the top. At the moment, the volcano is cloudy.

The seismicity data correspond to 24 hours of emission from the reference station (REVS). 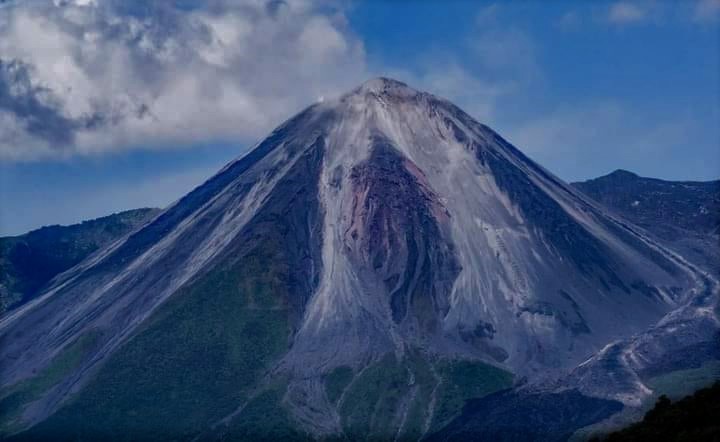 Rains / Lahars:
Yesterday afternoon, there were rains which did not generate lahars.

Emission / Ash Column:
In the late afternoon of yesterday, the volcano was clear and an emission of gas and ash was observed less than 600 meters above the summit to the west. The Washington VAAC issued 4 reports related to the ash emission with a maximum height of 1,338 meters and maintained directions to the West, Northwest and Northeast.

Observation:
During the night and early morning, the volcano was clear, observing the rolling of blocks on all sides of the volcano up to 500 meters below crater level. Later it darkened and remains so to this day. 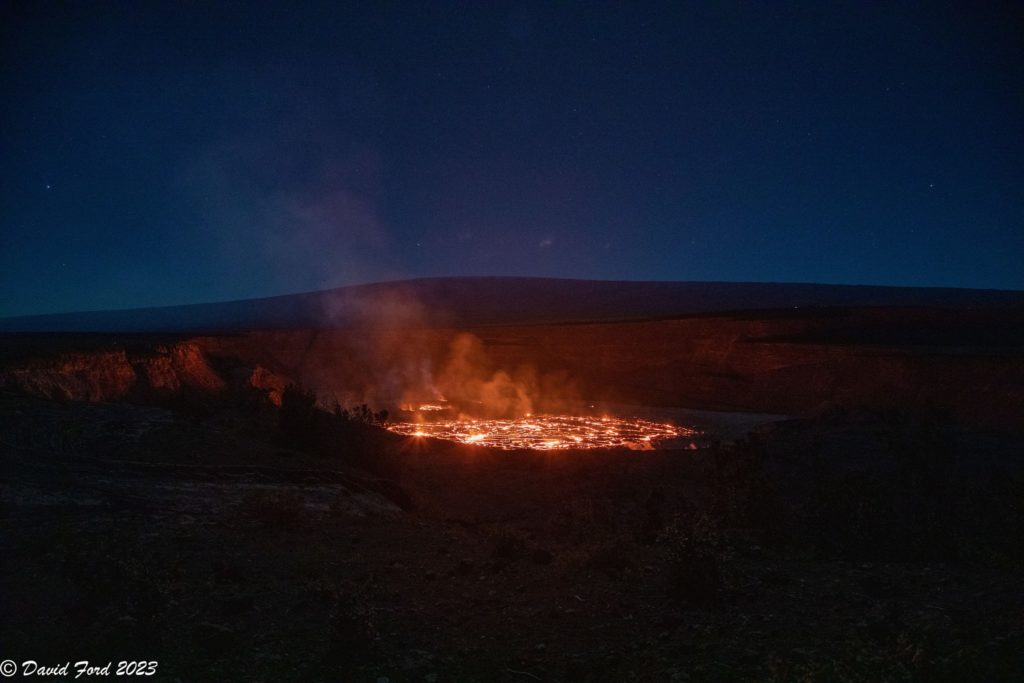 Summit Observations:
Over the past 24 hours, summit tiltmeters showed deflationary tilt. Volcanic tremor remains above background levels. A sulfur dioxide (SO2) emission rate of approximately 3,500 tonnes per day (t/d) was measured on January 9, 2023.

During the past 24 hours, according to the monitoring systems of the Popocatépetl volcano, 214 exhalations accompanied by water vapor, volcanic gases and ash have been detected. In addition, 256 minutes of tremor were recorded.

During the morning and at the time of this report, an emission of water vapor, volcanic gases and sometimes ash was observed in an East-North-East direction. 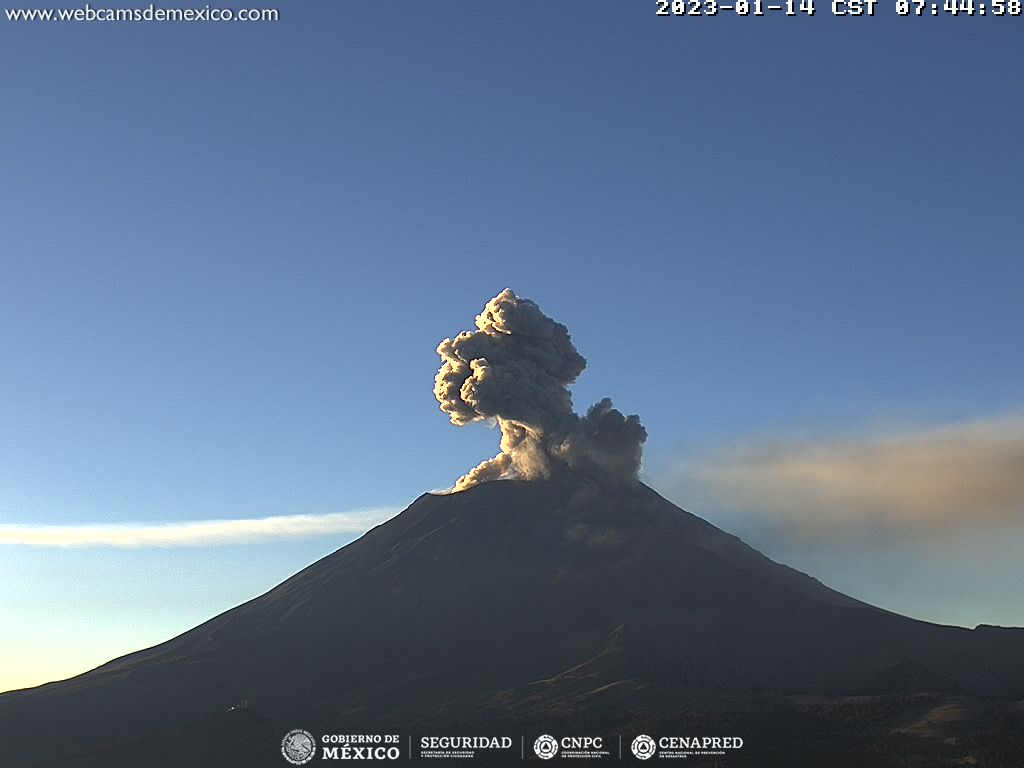 CENAPRED strongly reiterates the recommendation not to climb towards the crater of the volcano because there is a possibility of explosions, as has been seen several times in the past, involving the emission of incandescent fragments and in the event of heavy rains , to move away from the bottom of the ravines because of the danger of mudslides and debris.

The recommendations to the population in the face of this activity are: Ignore rumors and be attentive to information issued by the National Coordination of Civil Protection 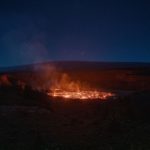 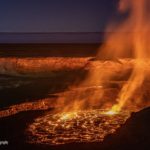