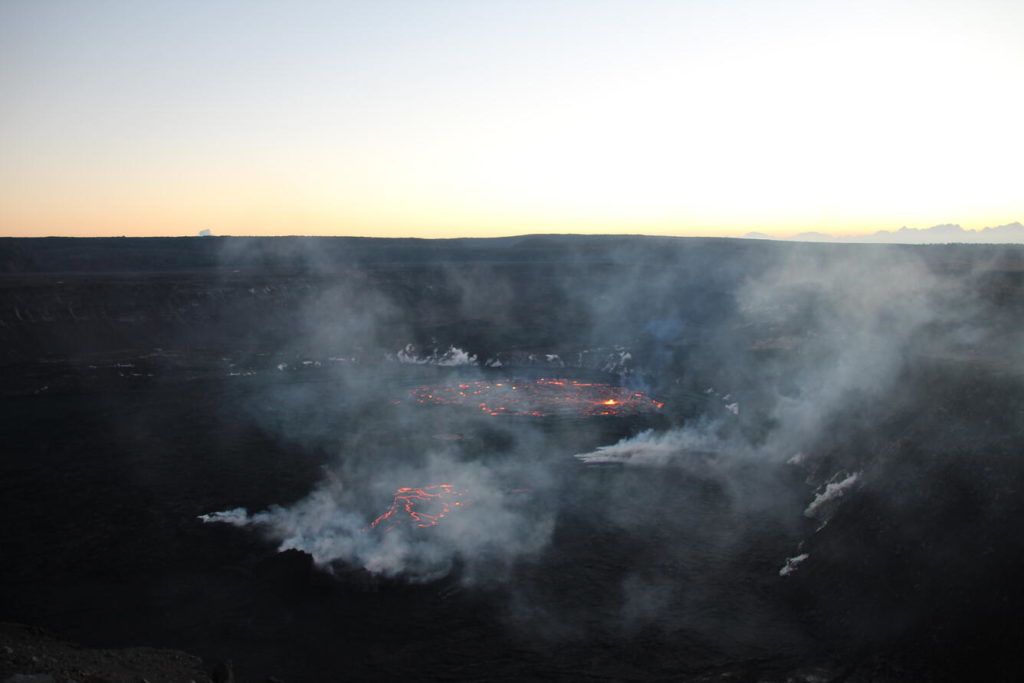 View of the continuing eruption within Halema‘uma‘u at the summit of Kīlauea at dawn looking eastwards on January 11, 2023. Lava is erupting within the southeast portion of the crater (middle) and within the basin in the western half of the crater that was the focus of activity in 2021–2022 (center bottom). The southeast portion has one dominant dome fountain, visible at bright yellow in this photo.

Summit Observations:
Over the past 24 hours, summit tiltmeters recorded inflation until yesterday afternoon, with no significant changes since then. Volcanic tremor remains above background levels. A sulfur dioxide (SO2) emission rate of approximately 3,500 tonnes per day (t/d) was measured on January 9, 2023.

An eruption of Mount Kerinci occurred on Friday January 13, 2023 at 09:31 WIB with an ash column height observed at ± 400 m above the summit (± 4205 m above sea level). The ash column was observed to be gray with a thick intensity, oriented to the north. At the time of writing this report, the eruption was still ongoing. 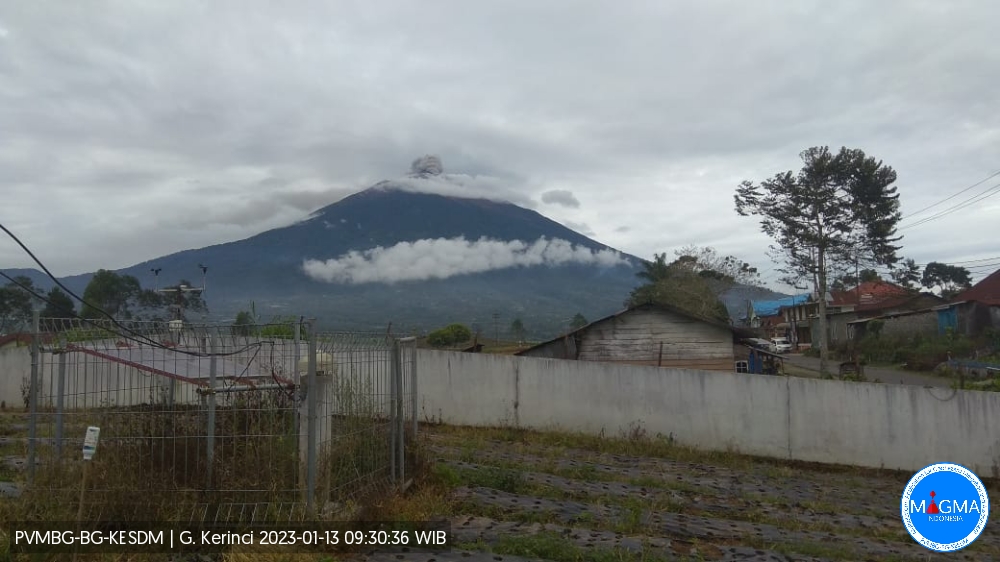 Volcanic Cloud Height :
Best estimate of ash-cloud top is around 13456 FT (4205 M) above sea level or 1280 FT (400 M) above summit. May be higher than what can be observed clearly. Source of height data: ground observer. 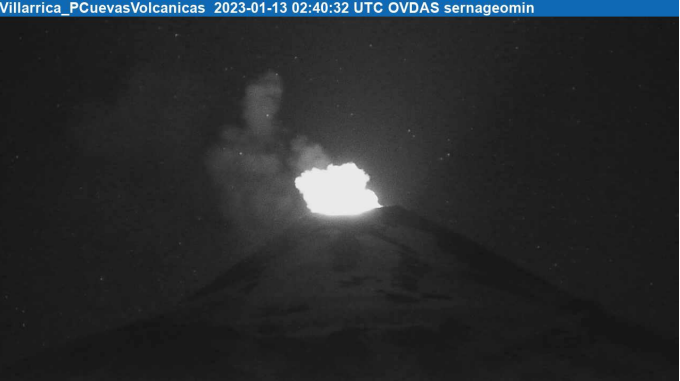 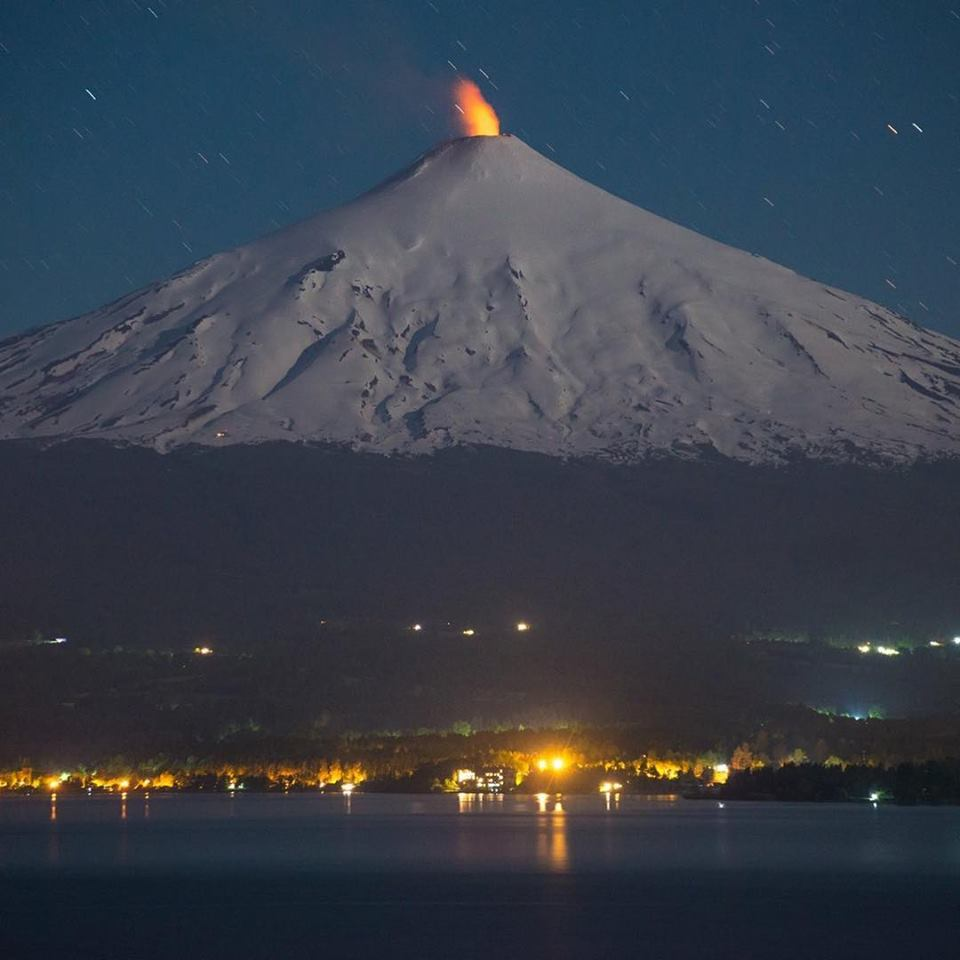 The characteristics of this activity are as follows:
MAXIMUM HEIGHT OF THE COLUMN: 1000 meters above the point of emission
DIRECTION OF DISPERSION: Southeast (SE).

When this report was issued, the IP cameras recorded a nocturnal incandescence associated with the column of gas. 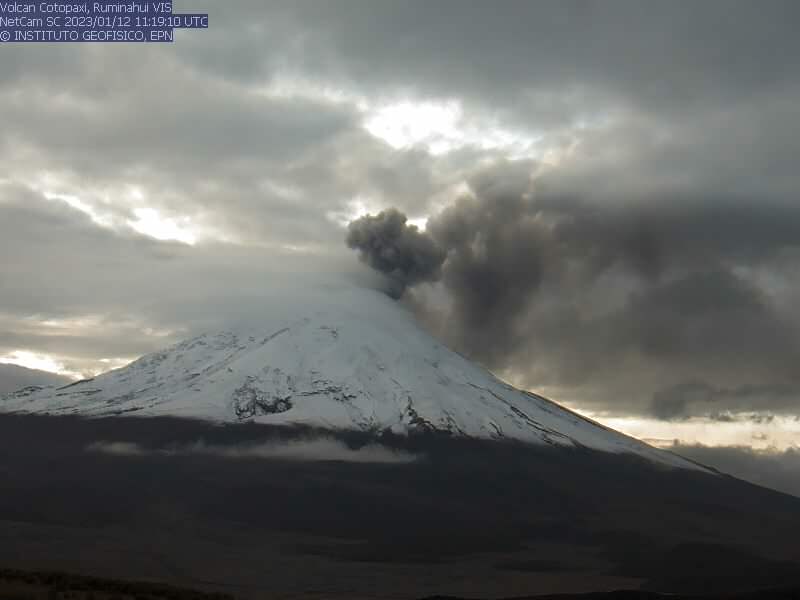 The volcano’s seismic array remained operational for the past 24 hours.

Rains / Lahars:
In the afternoon of yesterday, there were rains in the area of the volcano.

Emission / Ash Column:
Emissions of steam, gas and ash were observed with a maximum height of 600 meters above the level of the crater in a southeast direction. The Washington VAAC reported 2 emissions with a height of 200 meters above crater level in a west and southwest direction.

Other Monitoring Parameters:
No thermal anomalies were recorded in the satellite systems in the past 24 hours.

Observation:
At the moment, the area is cloudy. The SNGRE reports a slight ash fall in Mulaló, Macaló Grande sector; Reports of sulfur odors are also received in the towns of Ticatilín and Control Caspi in the Cotopaxi National Park.

Activity:
The Fuego OVFGO volcano observatory reports white degassing that reaches a height of 200 meters above the crater. There were 3 to 5 low and moderate explosions per hour, following the explosions ash columns were generated 4,600 to 4,900 meters above sea level (15,092 to 16,076 feet) which spread over 15 km in a North-North-East direction. 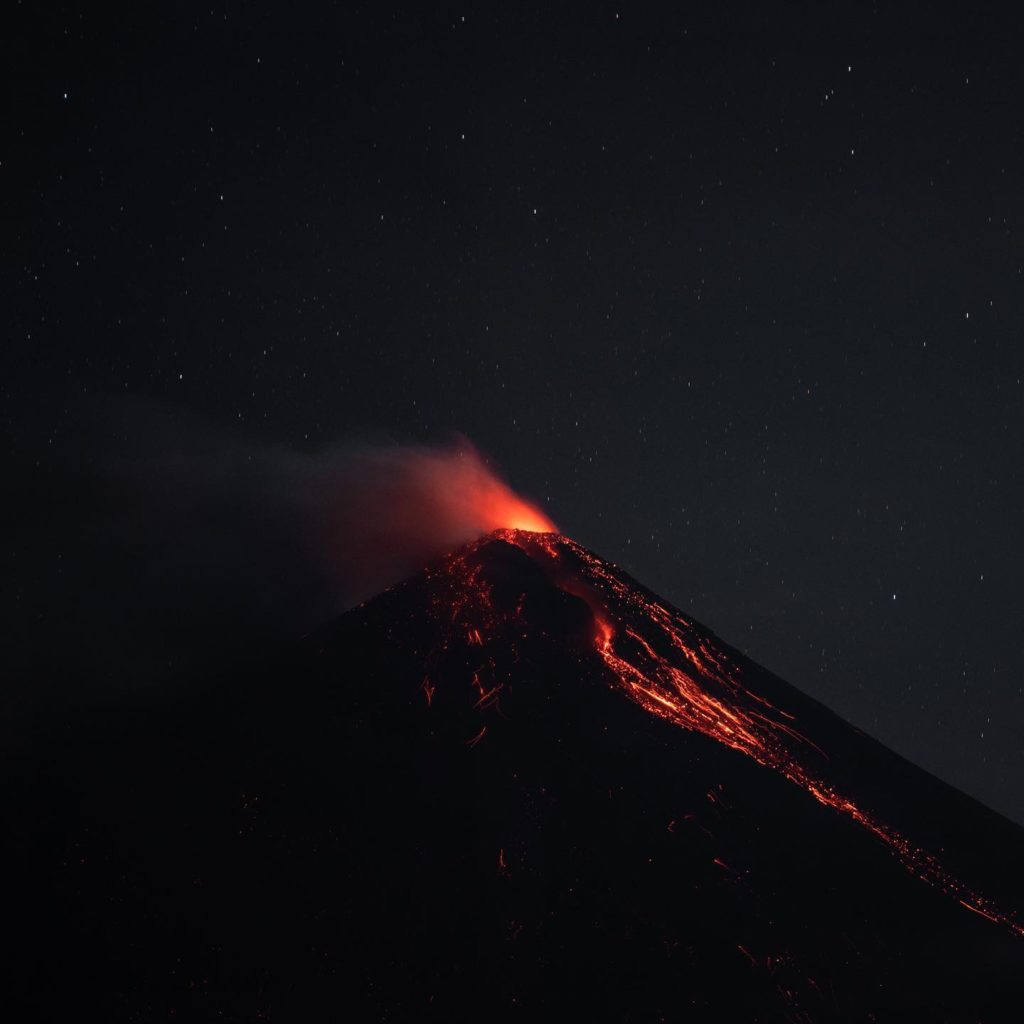 Incandescent pulses are observed 250 to 300 meters above the crater, weak and moderate avalanches have also been observed in the direction of the Ceniza, Santa Teresa, Las Lajas and Taniluyá ravines. Weak rumblings are reported which generate weak shock waves which vibrate the roofs and windows of houses near the volcano. Following the explosions, ashfall is reported in areas of Alotenango and neighboring communities. 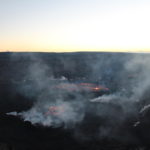 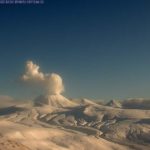