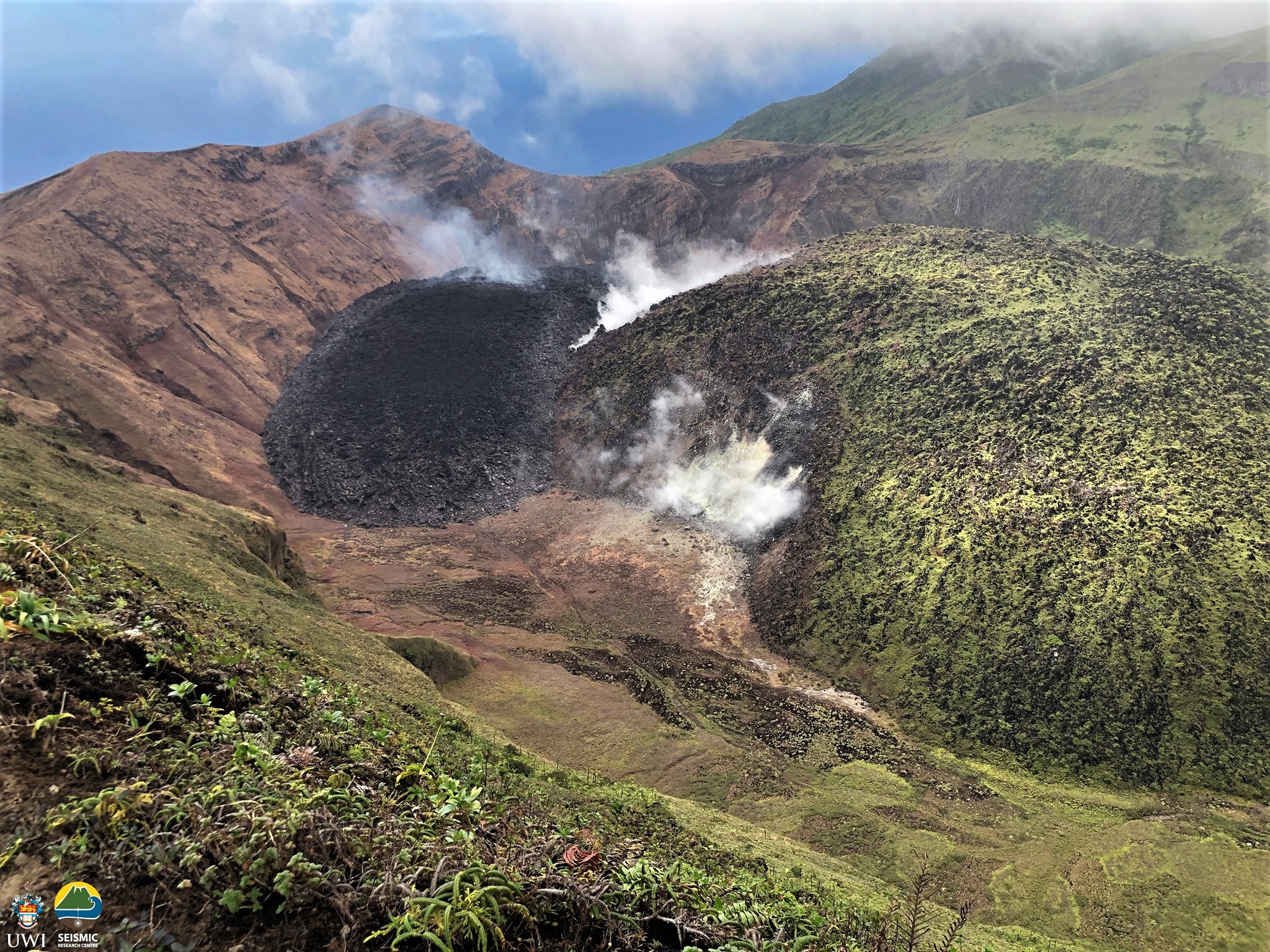 In the past 24-hour period, the Taal Volcano Network recorded twelve (12) tremor episodes having durations of three (3) to six (6) minutes. Emission of white steam-laden plumes from fumarolic activity at the vents of the Main Crater was weak. Ground deformation parameters based on continuous GPS monitoring from 29 March 2020 to present indicated a slow and slight inflation of the northwestern sector of Taal Caldera, which was also recorded by electronic tilt on northwest Volcano Island starting the second week of July 2020. In contrast, GPS data from the southwestern sector of Taal Caldera and Volcano Island yielded no significant change after the huge post-eruption subsidence. 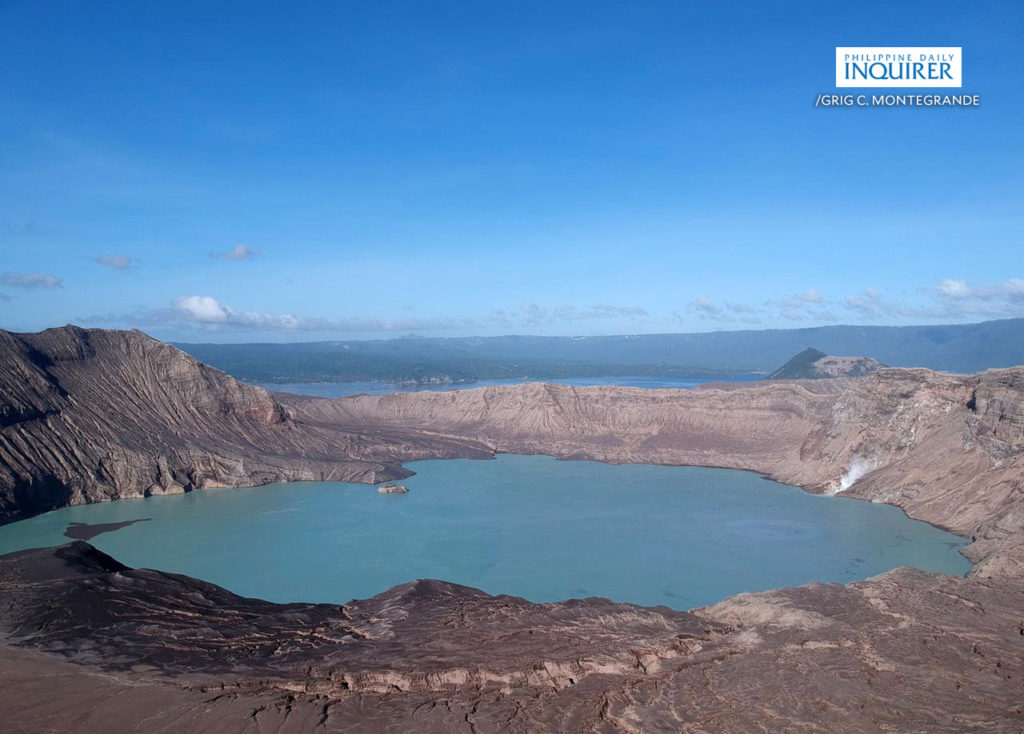 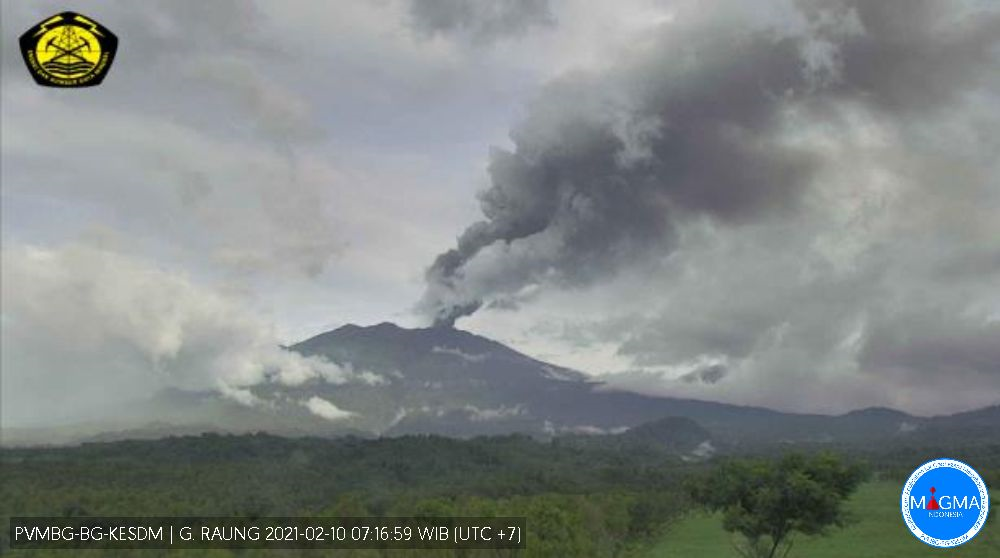 The volcano is clearly visible until it is covered in fog. The crater was observed to emit gray smoke with moderate height, thick about 500-1000 meters above the summit. The weather is sunny to cloudy, with light to moderate winds in the northeast, east and south. The air temperature is around 19-37 ° C.

According to the seismographs of February 13, 2021, it was recorded:
6 distant tectonic earthquakes
Continuous tremor, amplitude 1 to 8 mm (dominant value 1 mm).

Satellite images captured on February 5, 202l allowed for a completely clear view of the crater. The new dome continues to grow with lateral spreading of ~15 m towards the north-west and south-east.

The most active gas emissions are at the contact areas between the pre-existing 1979 dome and the 2020-21 dome, as well as the top of the new dome.
Damage to vegetation, from acidic gases emitted from the growing dome, downslope of the summit continues to be observed. 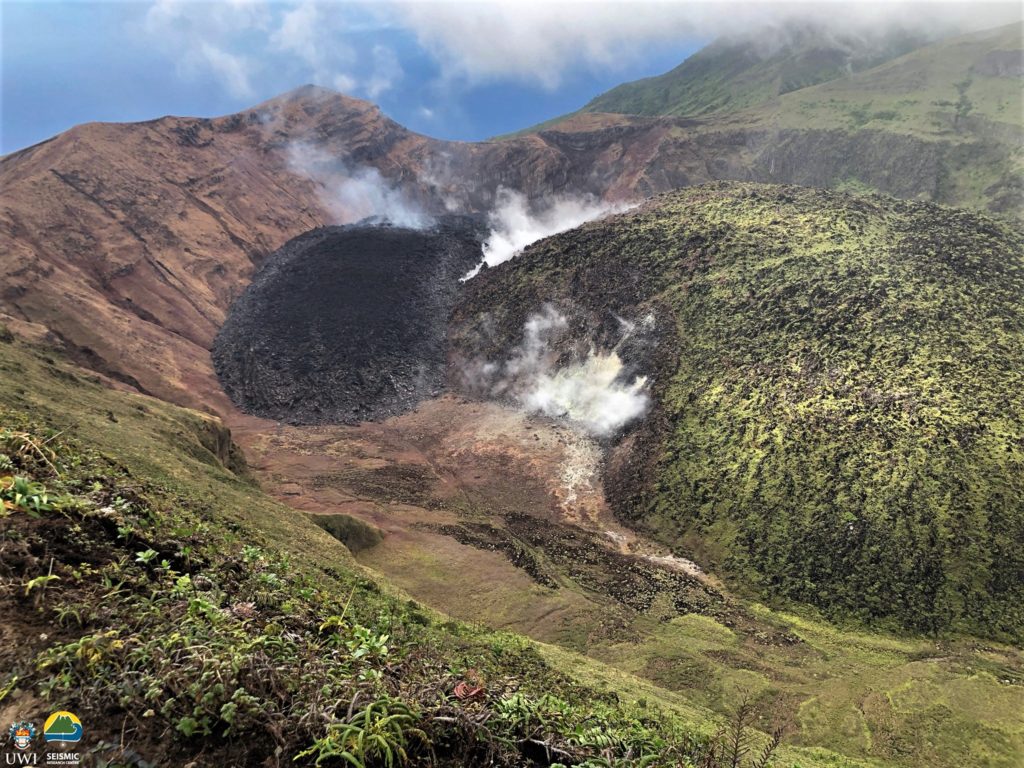 The United States Geological Survey (USGS) through its Volcano Disaster Assistance Programme (VDAP) recently donated equipment to build four seismic stations and radios to enhance communications. Three of the stations are solar powered installations with posthole seismometers. The fourth is a spider seismometer, a device designed for rapid deployment in high risk locations where human exposure to hazards (e.g. volcanic craters) would be minimized.
This equipment allows for the strengthening of the seismic network placed in locations where there are significant gaps. The spider seismometer will support near crater monitoring. In the event of escalated volcanic activity at La Soufriere, enhanced monitoring would allow scientists to alert NEMO with sufficient time to activate appropriate emergency responses.

NEMO staff will be conducting a drive through in the Gorse and Colonaire communities on Friday 12th February, 2021. The purpose of this drive through is to update residents on the state of the La Soufrière Volcano, and to provide information on evacuation procedures and individual preparedness.

VOLCANIC ACTIVITY UPDATE
As an extension of the special bulletin BEPAC 011-2021 and BEPAC 014-2021, the seismic monitoring parameters reflect a new boost from 2:00 p.m. (local time) today (02/13), which confirms that the volcanic activity continues at the highest levels. 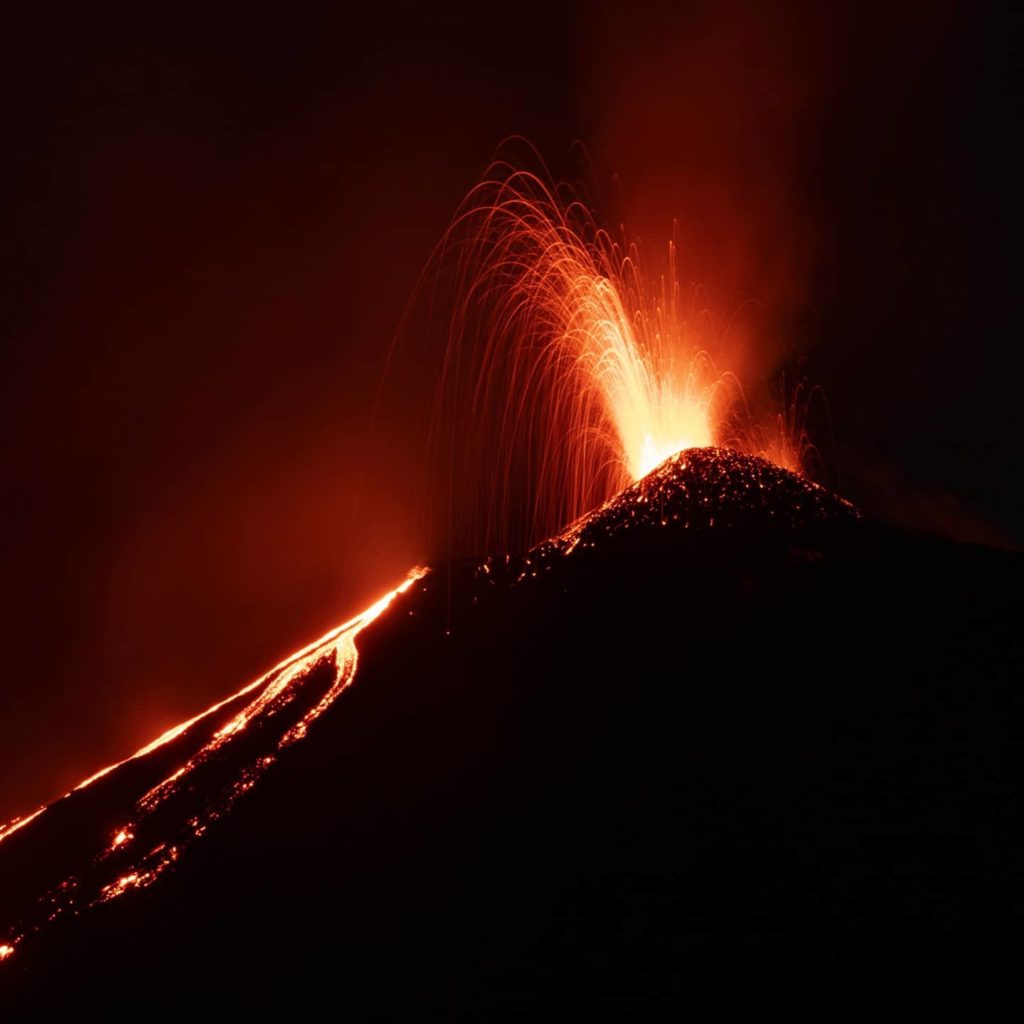 In the Mackenney crater, incandescent materials continue to be generated and expelled at an altitude of 300 to 400 meters and with explosions of low to moderate characteristics. Columns of ash and gas 3,000 meters (9,843 feet) high move west, north and northeast over a distance of 6 km.

Fig. No. 1: RSAM (Average Seismic Amplitude) of the PCG5 station in UTC time.

It is not excluded that the volcanic activity generates new impulses of increase in the coming hours or days. Due to the direction of the wind, ash falls are reported in Santa Elena Barillas, Mesillas Bajas and Mesillas Altas. It is important to remember that the wind direction can change at different heights and therefore scatter the ash in several directions, and thus affect the communities located around the volcanic building, as well as the flight lines of La Aurora International Airport. 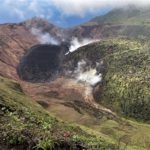 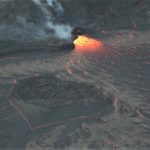