The Geophysical Institute of Peru (IGP) reports that the eruptive activity of the Sabancaya volcano remains at moderate levels; that is to say with the continuous recording of explosions with columns of ash and gas up to 3 km altitude above the summit of the volcano and their resulting dispersion. Therefore, for the following days, no significant change is expected in the eruptive activity.

The IGP recorded the occurrence of 1858 volcanic earthquakes associated with the circulation of magmatic fluids under the Sabancaya. An average of 34 explosions was recorded daily of low to medium intensity. During this period, Volcano-Tectonic (VT) earthquakes were located mainly in the North-West and East of Sabancaya, with magnitudes between M2.0 and M2.8. The most representative earthquake (M2.8) was recorded on October 18 at 1:10 p.m. local time, 10 km east of Sabancaya and 12 km deep.

Monitoring the deformation of the volcanic structure, using GNSS techniques (processed with fast orbits), shows that since October 11, there has been a slight process of deflation (contraction) of the south-eastern flank of the Sabancaya. The visual surveillance made it possible to identify columns of gas and ash up to 3 km altitude above the summit of the volcano, which were scattered towards the North-East, North-West, North, South-East sectors, Southwest and West of Sabancaya. Ash falls were reported in the districts of Huanca and Madrigal. Satellite monitoring has identified the presence of 7 thermal anomalies with values of 2 MW and 25 MW, associated with the presence of a lava body (being destroyed) on the surface of the volcano’s crater.

RECOMMENDATIONS
• Maintain the orange volcanic alert level.
• Do not approach within a radius of less than 12 km around the crater.

The Geophysical Institute of Peru (IGP) reports that the Ubinas volcano (Moquegua region) continues to record a slight increase in its seismic activity during the analysis period, which is linked to the circulation of fluids (gas) at the inside the volcano; therefore, it is suggested that the authorities and the public pay attention to the bulletins published by the IGP.

Surveillance cameras recorded columns of whitish gas (mainly water vapor) which reached heights of up to 200 m above the summit of the volcano. These emissions dispersed towards the eastern sector of the volcano.
Monitoring of the deformation of the volcanic structure, using GNSS equipment (processed with fast orbits), does not show significant changes. Satellite monitoring, carried out with the help of SENTINEL, OMI-NASA (SO2 gas) and MIROVA (thermal anomalies), does not record any anomalies.

RECOMMENDATIONS
• Do not approach within a radius of less than 4 km around the crater.

Update on the seismic swarm of La Palma. 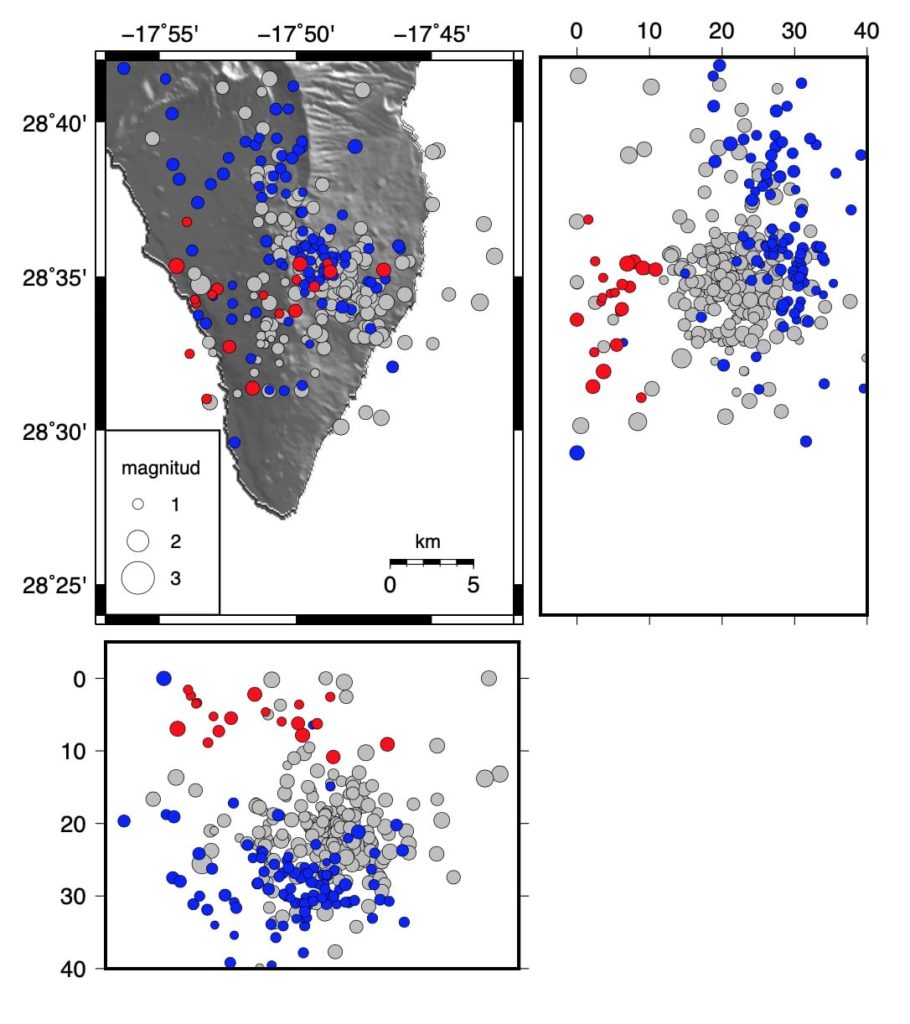 Some people ask us if there is a high probability of an eruption in Cumbre Vieja in the short term due to the recent seismic swarms recorded on the island of Palma.
With the data and knowledge we have so far, we can state that the probability of an eruption in Cumbre Vieja in the short term is very low.
Volcanic systems active throughout their geological history experience several eruptive cycles and each of them is characterized by 4 phases: inter-eruptive, pre-eruptive, eruptive and post-eruptive; return after this to the inter-eruptive phase.
In the case of the Cumbre Vieja volcano, this active volcanic system has experienced 7 eruptive cycles over the past 550 years. At Cumbre Vieja, we know that 7 of the 16 historic eruptions that have occurred in the Canary Islands have occurred. Since the end of the post-eruptive phase linked to the eruption of Teneguía in 1971, the Cumbre Vieja volcano has been in an inter-eruptive phase; phase he has enjoyed for over 48 years. 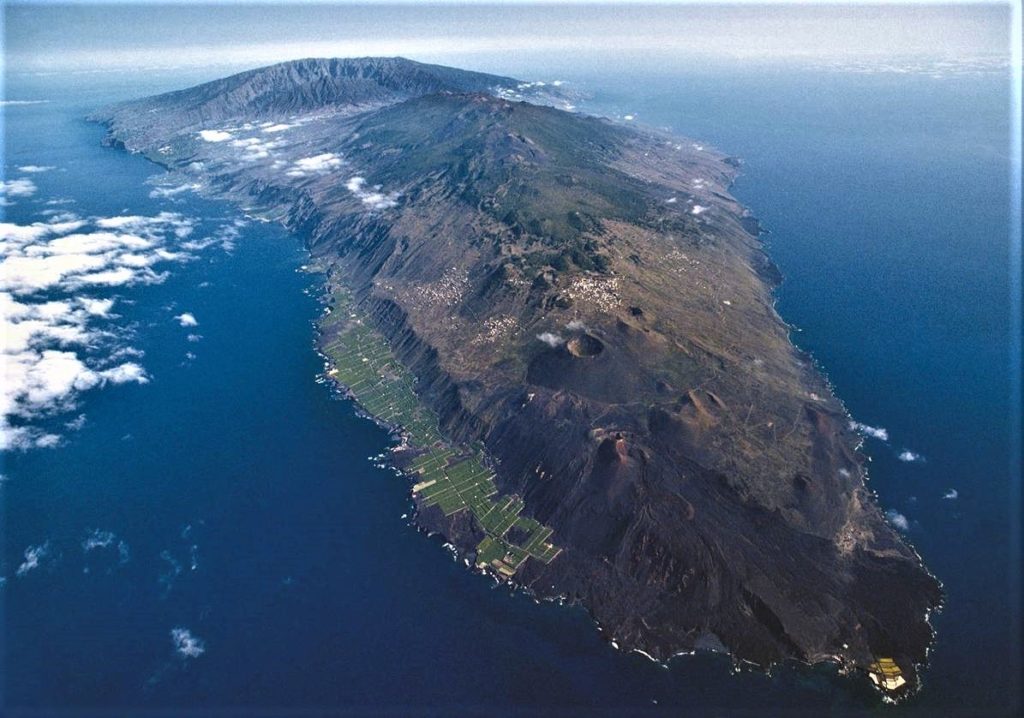 Deformations
– The GPS of the summit area record inflation, witnessing the pressurization of a surface source.

– Far-field GPS record an inflation, witness the pressurization of a deep source. 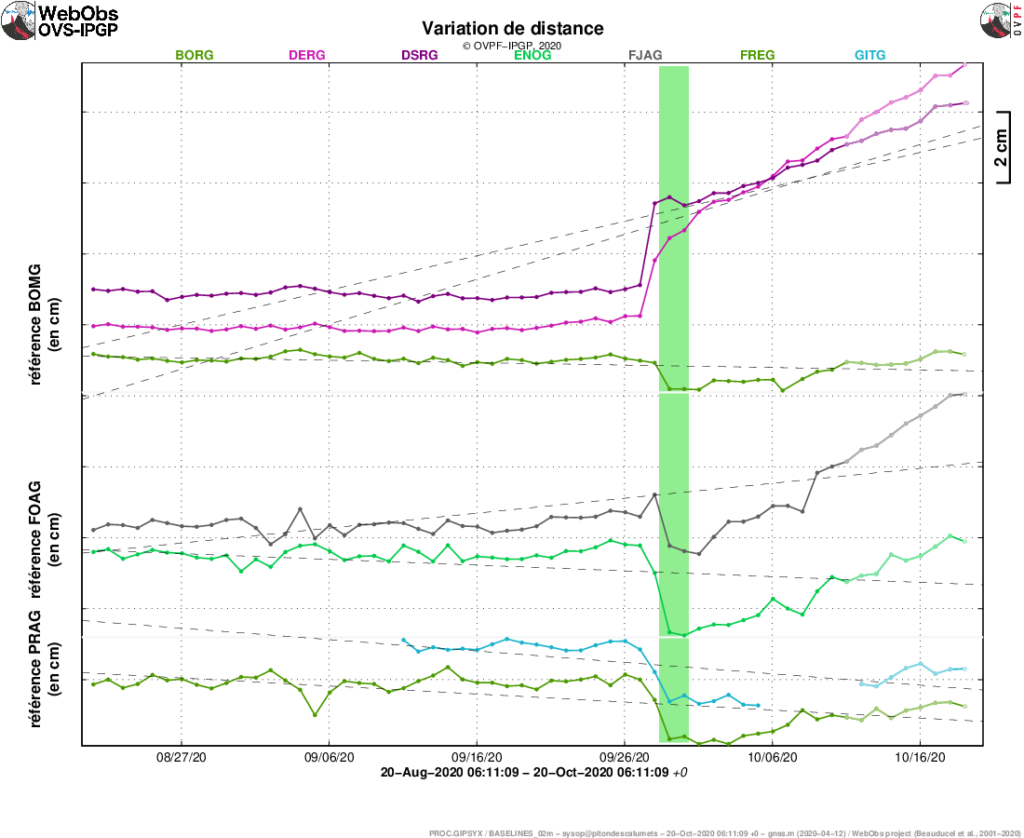 Illustration of the deformation over 2 months. The baselines (variation of distance between two GPS receivers) crossing the Piton de la Fournaise building, at the top (top), the base of the terminal cone (in the middle) and in the far field (bottom) are shown here. ) (see location on the associated maps). A rise is synonymous with elongation and therefore swelling of the volcano; conversely, a decrease is synonymous with contraction and therefore deflation of the volcano. The possible periods colored in light pink correspond to the eruptions.

Geochemistry
SO2 emissions at the top of the volcano: below or close to the detection threshold.

CO2 emissions from the ground: stable or increasing at all stations. 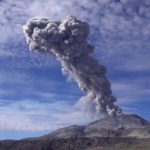 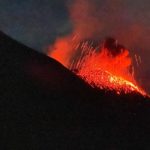