A recent gas and observation flight confirms that active vents are continuing to emit a weak-moderate steam and gas plume.

On 16 January 2023, GNS Science volcanologists completed a gas measurement and observation flight. They observed the normal weak-moderate gas and steam plume at the island. The gas output has declined from the 6 December 2022 observations to now a low 33 ± 4 tonnes/day of sulphur dioxide (SO2) and moderate 705 ± 89 tonnes/day of carbon dioxide (CO2).

The observations from the flight have confirmed that the steam and gas plume continues to originate from the same vent locations as in December 2022. Discharge rates have also remained similar. There is no evidence of ash emission or other eruptive activity from these vents. Aside from minor water level fluctuations, the lake is little changed either. 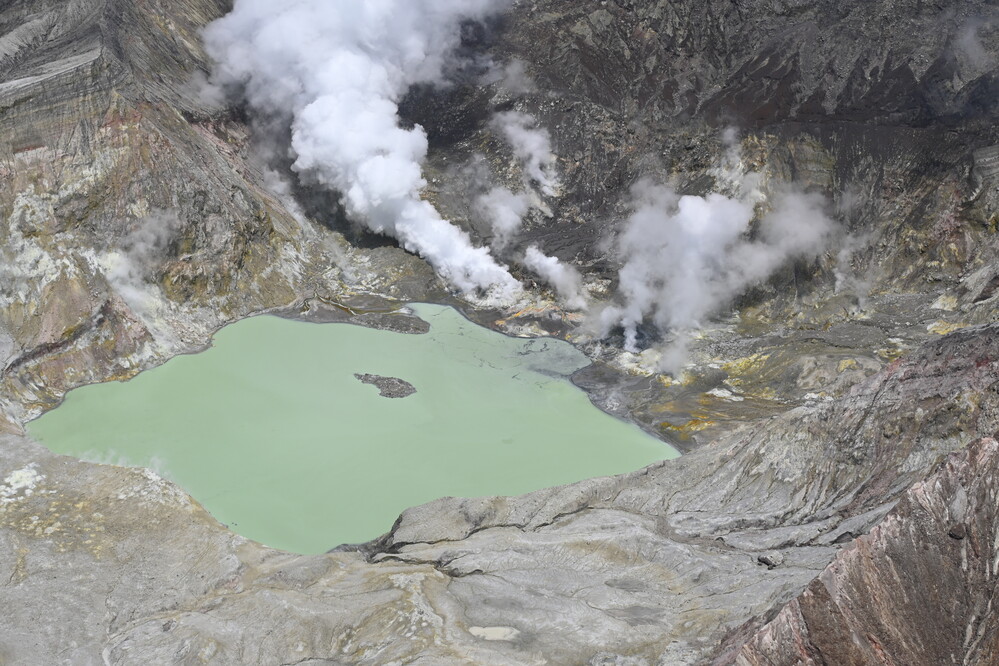 Over the last 3-months, InSAR (satellite) data has detected minor (<1cm) subsidence in the vicinity of the 2019 eruption vent and continued localised uplift within the Main Crater floor. Intermittent movement of the 1914 landslide has also been observed.

The VAL remains at Level 2 (moderate to heightened unrest) and the Aviation Colour Code remains at Yellow, acknowledging the current level of activity, but also continuing to acknowledge the greater level of uncertainty in our interpretation due to the current lack of consistent, useful real-time data.

As the weather allows, we will under-take additional gas and observation flights to the island until we can service our on-island equipment and power supplies. We still have intermittent access to webcams images from the island, providing some level of visual monitoring between our flights. 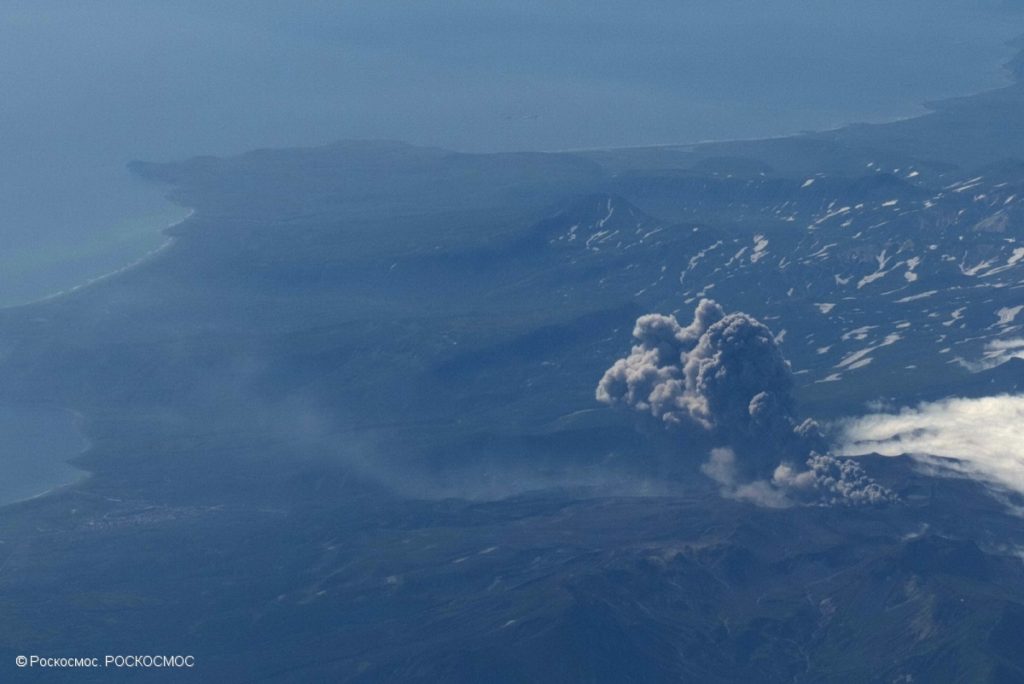 The Geophysical Institute of Peru (IGP) reports that the eruptive activity of the Sabancaya volcano remains at moderate levels, that is to say with the recording of an average of 60 daily explosions, with columns of ash and of gas up to 1.6 km altitude above the summit of the volcano and their subsequent dispersion. Therefore, for the following days, no significant change is expected in eruptive activity. 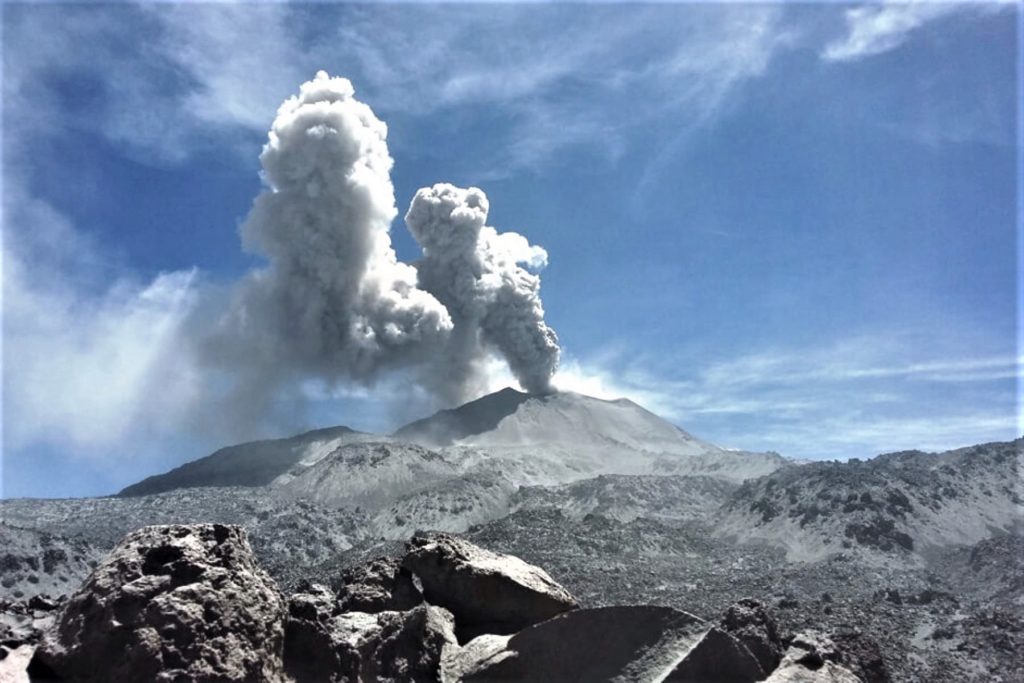 Monitoring the deformation of the volcanic structure using GNSS techniques (processed with fast orbits) does not show any significant anomalies. However, in general, an inflation process was observed in the northern sector (surroundings of the Hualca Hualca volcano). Visual surveillance identified columns of gas and ash up to 1.6 km above the summit of the volcano, which were scattered towards the southwest and west sectors of Sabancaya. Satellite recordings have identified the presence of 6 thermal anomalies, with a maximum value of 5 MW, associated with the presence of a lava body on the surface of the volcano’s crater.

On Monday January 23, 2023, at 00:45 local time (03:45 UTC), monitoring stations installed near the Villarrica volcano recorded Strombolian explosions with a height of incandescent materials of 100 m above the crater, these explosions being related to an earthquake associated with fluid dynamics within the volcanic system. (type LP). 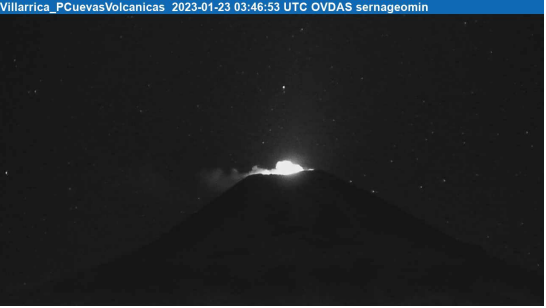 The characteristics of the 1st earthquake, after its analysis, are as follows:

The characteristics of this activity are as follows:
MAXIMUM HEIGHT OF THE COLUMN: 60 meters above the point of emission
DIRECTION OF DISPERSION: Southeast (SE). 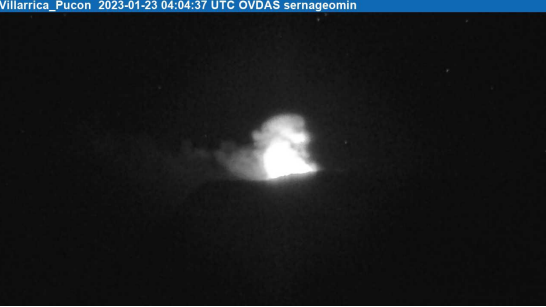 The characteristics of the 2nd earthquake, after its analysis, are as follows:

The characteristics of this activity are as follows:
MAXIMUM HEIGHT OF THE COLUMN: 100 meters above the point of emission
DIRECTION OF DISPERSION: Southeast (SE).

COMMENTS:
As previously reported, during the morning, Strombolian explosions were recorded at a height of around 100 m above the crater. The observed explosions are characterized by the emission of incandescent materials on the surroundings of the crater. In relation to seismic activity, the parameters recorded on previous days continue.

Regarding the monitoring of the activity of the Cerro Machín volcano, the COLOMBIAN GEOLOGICAL SERVICE reports that:

On January 21, 2023 from 6:57 a.m., there is an increase in seismic activity associated with the fracturing of the rock in the volcanic edifice. The seismic events of 06:57 and 07:09 (local time) stand out, with magnitudes of 3.2 and 3.0 ML (local magnitude), located 0.3 km west of the main dome, at depths of 4 ,3 and 4.5 km. These events were reported as felt by the inhabitants of the area of influence of the volcano, as well as in the municipality of Cajamarca (Tolima). 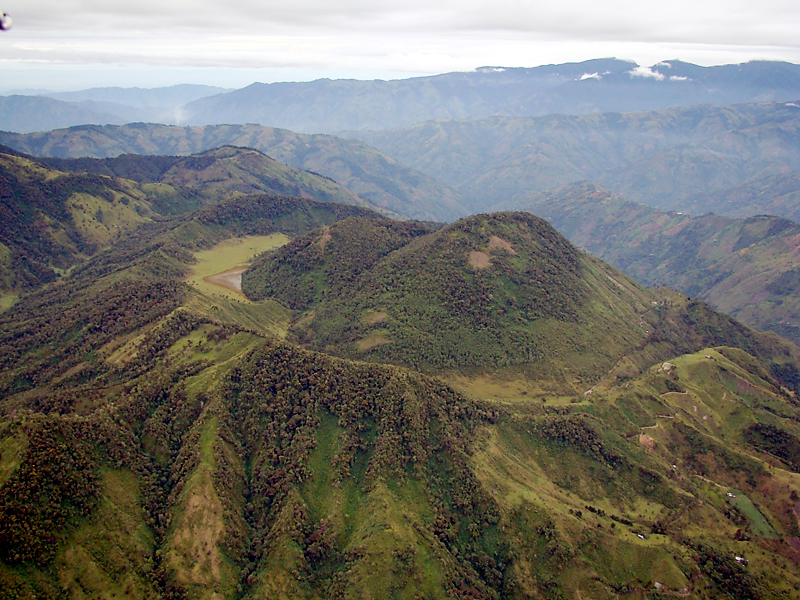 It should be noted that increases in seismic activity and felt seismic events, such as those recorded today, are considered in the yellow activity level in which the volcano is currently located. The other monitored parameters show no significant changes.

The COLOMBIAN GEOLOGICAL SERVICE remains attentive to the evolution of the volcanic phenomenon and will continue to report in a timely manner any changes that may occur. 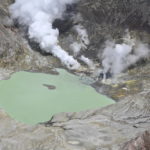 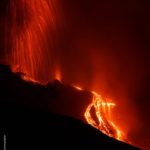