From 10:38 a.m. (local time) on Saturday, July 16, after the occurrence of the 3.5 Mlv magnitude event, a further increase in the internal activity of the Chiles – Cerro Negro volcanic complex was recorded, characterized by the occurrence long period type (LP) events with magnitudes less than 1 Mlv, and whose location is centered in the South – South West of the Chiles / Cerro Negro Volcanic Complex. The monitoring of this area is carried out jointly by the Geophysical Institute of the National Polytechnic School and the Volcanological and Seismological Observatory of Pasto. 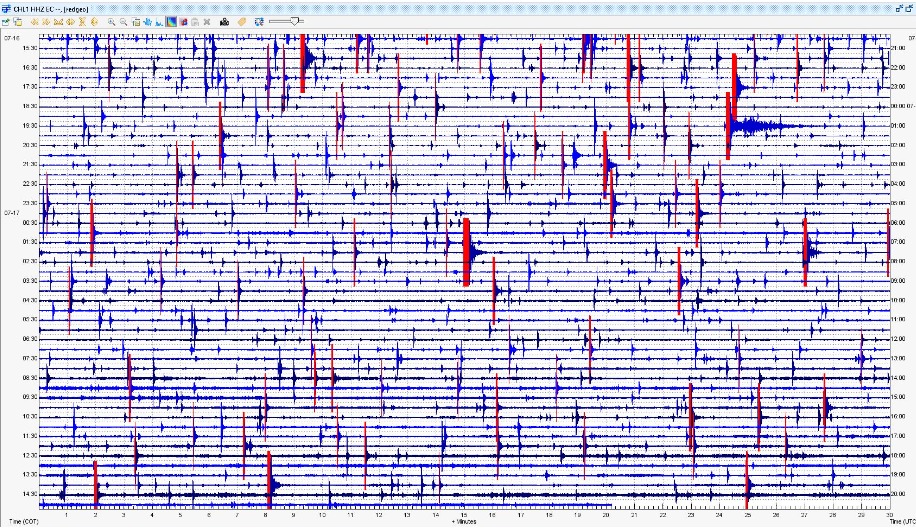 The Geophysical Institute is monitoring and any news will be reported 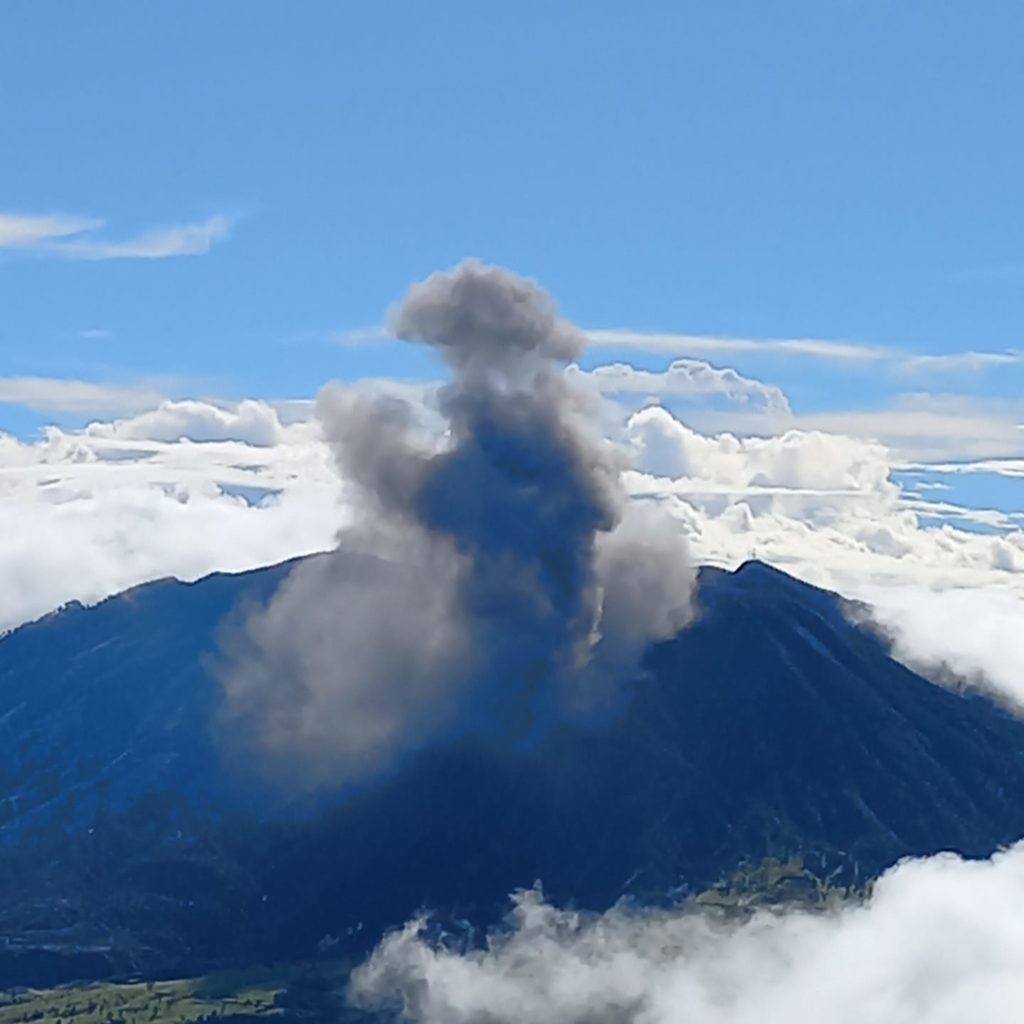 Duration of the activity: 1 minute.
The winds blow to the southwest.

A small eruption was recorded at 7:49 a.m. lasting about 1 min or less. An associated ash pulse rose approximately 200m and spread southwestward. Visitors to Irazú Volcano have reported ash fall. Seismic activity shows no change. The deformation was maintained with a tendency to contraction. Satellites have not detected SO2 in the atmosphere since June 25.

Summit Observations:
Eruption of lava from the Halemaʻumaʻu western vent into the active lava lake has continued over the past 24 hours. The lava level of the active lake surface remained at the level of the bounding levees. Overnight webcam views showed glow in the western vent complex. Measurements from an overflight on July 7, 2022 indicated that the crater floor had seen a total rise of about 130 meters (427 feet) . Summit tiltmeters began a second inflationary trend this morning. A sulfur dioxide (SO2) emission rate of approximately 1,500 tonnes per day (t/d) was measured on July 15, 2022. Summit tremor is steady for this eruption’s long term base-line level 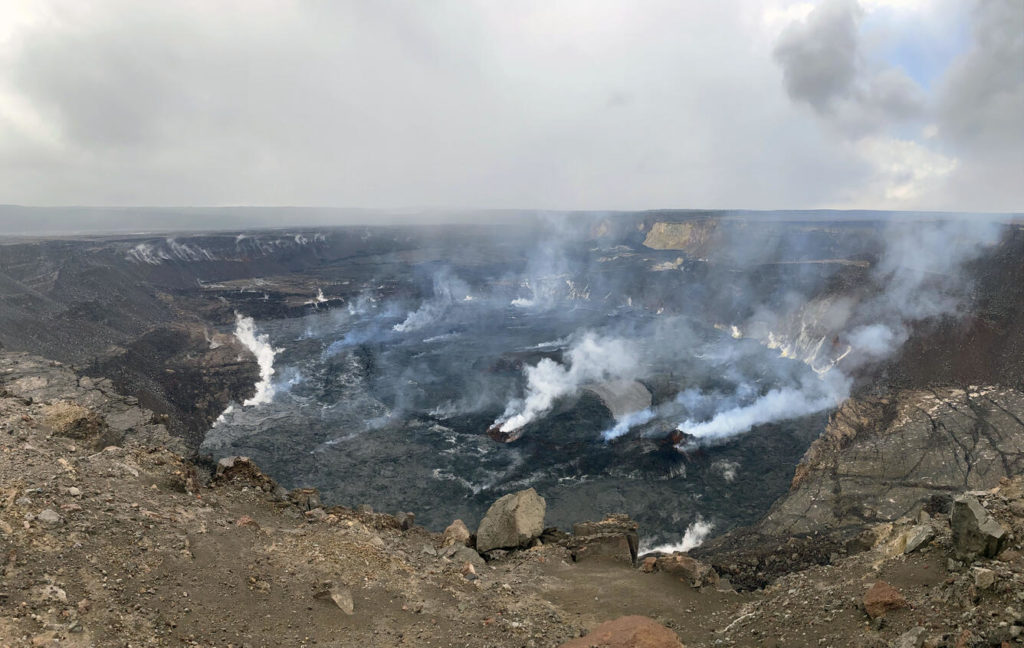 A photo of Halema‘uma‘u crater, at Kīlauea summit, taken on July 13 from the western rim of the crater. SO2 gas emissions remain elevated and were measured at about 1250 tonnes per day on July 14. Volcanic gases, and steam from rain on the crater floor, often obscured visibility with only intermittent views of the crater floor and active lava lake. 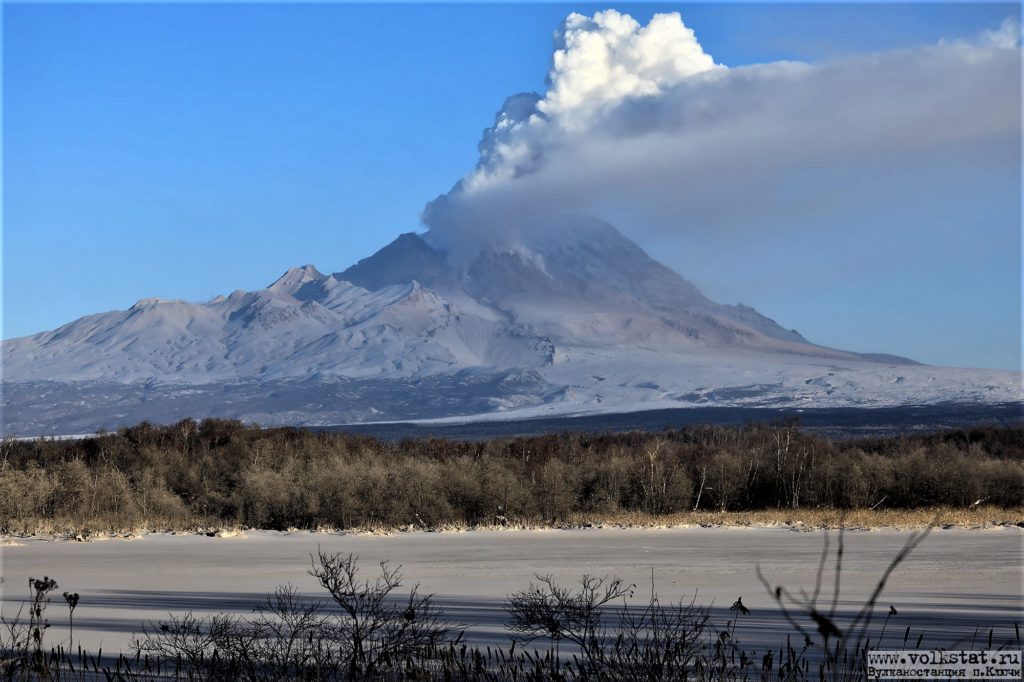 Volcanic Activity Summary:
A growth of the lava dome continues, a strong fumarolic activity, and an incandescence of the lava dome, explosions, and hot avalanches accompanies this process. Video and satellite data by KVERT showed a plume of resuspended ash up to 3.5 km a.s.l. extending to the east-south-east from the volcano.
The extrusive eruption of the volcano continues. Ash explosions up to 10-15 km (32,800-49,200 ft) a.s.l. could occur at any time. Ongoing activity could affect international and low-flying aircraft.

Pavlof Volcano continues to erupt from the vent on the east flank just below the volcano’s summit. Seismic tremor and multiple small explosions were detected in local seismic and infrasound data, as well as on several regional stations. No activity was observed in cloud satellite and web camera views of the volcano. 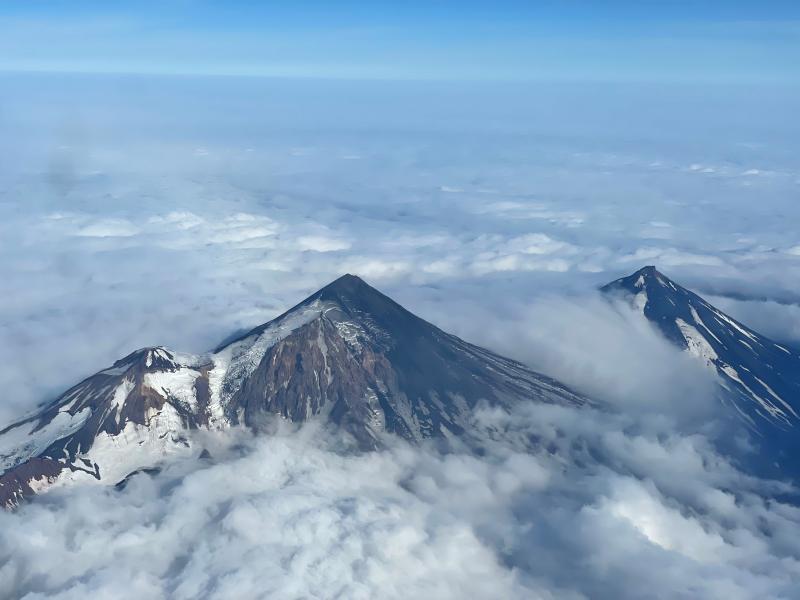 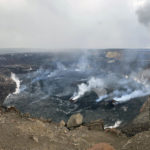 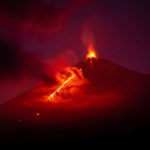