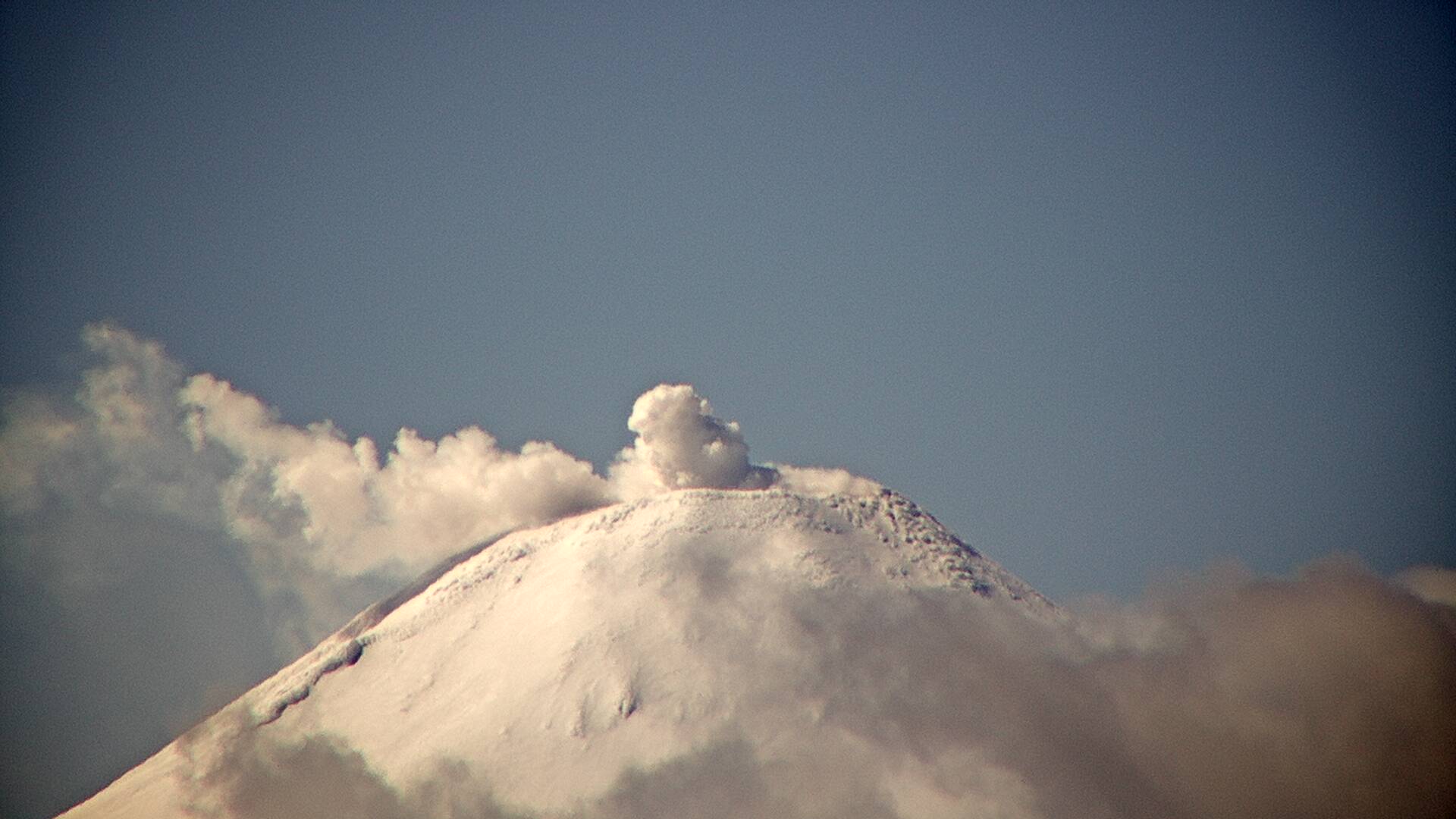 The Argentine Geological Mining Service (SEGEMAR) through its Argentinian Volcanic Monitoring Observatory (OAVV) reports that yesterday, Sunday 04 October 2020 at 11:30 am local time (2:30 pm UTC), the volcanic monitoring stations installed in the vicinity of the Villarrica volcano, belonging to the OVDAS, recorded a long period earthquake (LP) associated with a moderate explosion at the level of the active crater with a reduced displacement (DR) of 14 cm2.

Event Info
Maximum column height: greater than 450 m above the emission point (exceeds the maximum of the camera).
Direction of dispersion: North-East (NE). 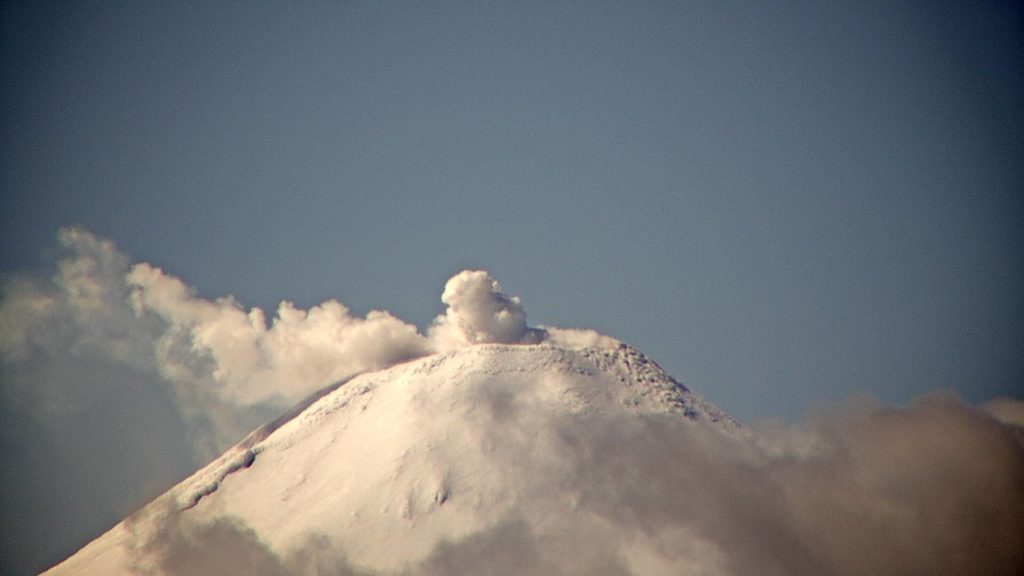 OBSERVATIONS:
A grayish column with particles is observed.
At the time of publication of this report, the seismicity does not register any significant changes and continues at levels similar to those recorded before the reported event.

This event is considered in the current scenario of the technical alert level (yellow). It should be noted that no impact has been reported on Argentine soil due to this event.

CONCLUSIONS
The level of technical alert is maintained and the monitoring of the volcano will continue in constant communication with the Volcanological Observatory of the Southern Andes (OVDAS) of Chile, it will be informed of any changes.

LAHARES IN THE SECA AND CENIZA RAVINES, INFLUENCES OF RÍO PANTALEÓN AND RÍO ACHIGUATE.
The descent of weak to moderate lahars is recorded at 19:50 (local time) in the ravines of Seca and Ceniza, located on the northwest flank of the volcano, themselves tributaries of the Pantaleón and Achiguate rivers. 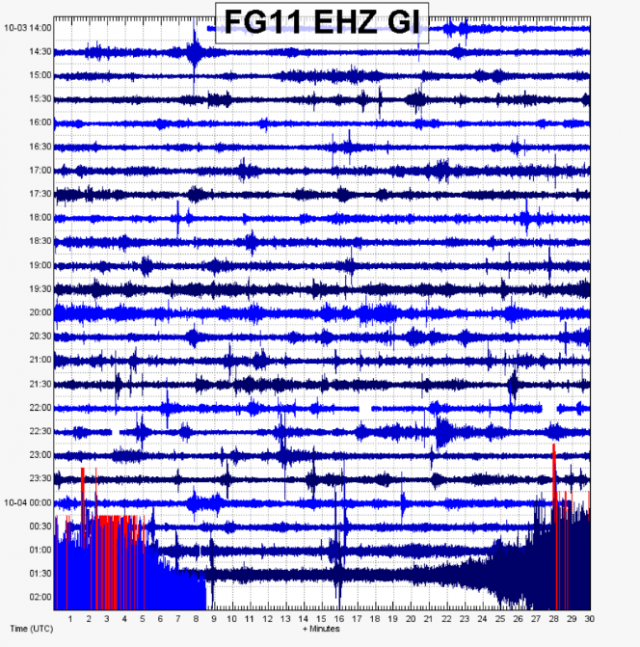 The INSIVUMEH seismic network located on the Fuego volcano, records high-frequency seismic tremors as seen in the image. Heavy rains in the upper part of the ravines of the volcanic complex generate the descent of weak to moderate lahars, these can carry tree branches and volcanic material such as ash and boulders 1 to 2 meters in diameter which make the ground vibrate. . If the rain persists, the generation of more lahars in these or other ravines of the volcanic complex is not excluded.

Volcanic Cloud Height :
Best estimate of ash-cloud top is around 5533 FT (1729 M) above sea level, may be higher than what can be observed clearly. Source of height data: ground observer. 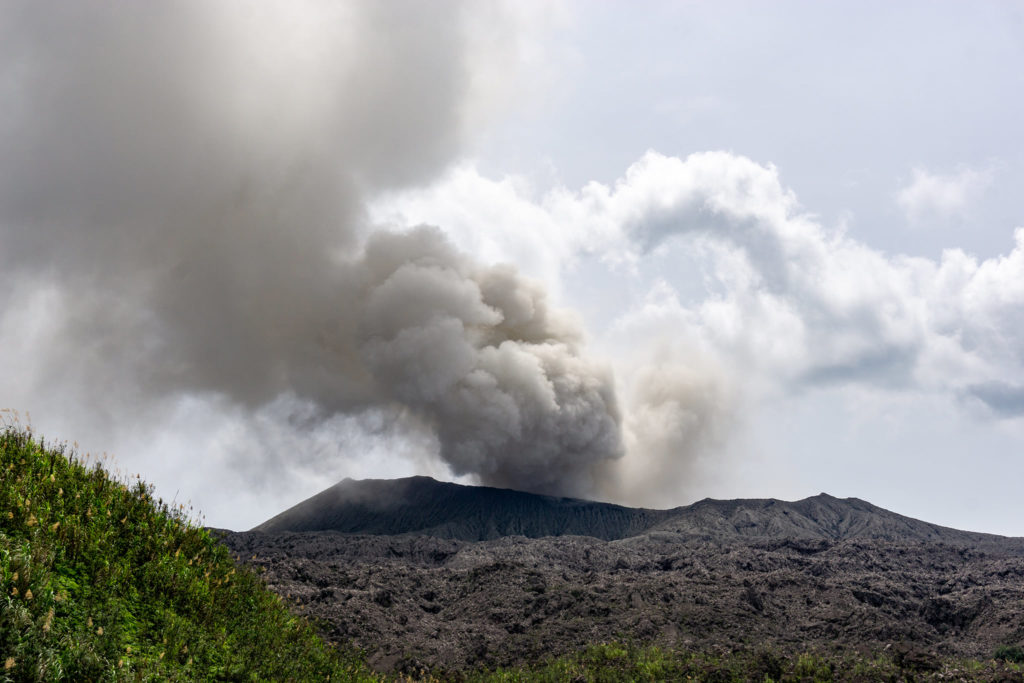 Level of activity at level II (WASPADA). G. Dukono (1229 m altitude) is continuously erupting. The last eruption occurred on September 19, 2020, resulting in a 500m high eruption column. The color of the ash column was white / gray.

The volcano is clearly visible until it is covered in fog. The smoke from the crater was observed to be white / gray with strong intensity, rising about 100-500 meters above the peak. The weather is sunny to rainy, the wind is weak in the east. The air temperature is around 26-30 ° C. Humidity 82-83%.

Recommendation:
People around G. Dukono and visitors / tourists should not be active, climb and approach Malupang Wariran6g crater within a radius of 2 km.

Seismic activity is still recorded under the Piton de la Fournaise (summit area and east flank) even if it continues to decrease. Thus for the day of 04/10/2020, 16 volcano-tectonic earthquakes deep under the eastern flank, 1 earthquake classified as « undetermined » (because of low magnitude) and 16 shallow landslides / collapses in the eastern flank sector were manually pointed. No superficial summit volcano-tectonic earthquake has been recorded. 72 events of smaller amplitudes and not visible to operators were detected and relocated automatically (Figure 1). 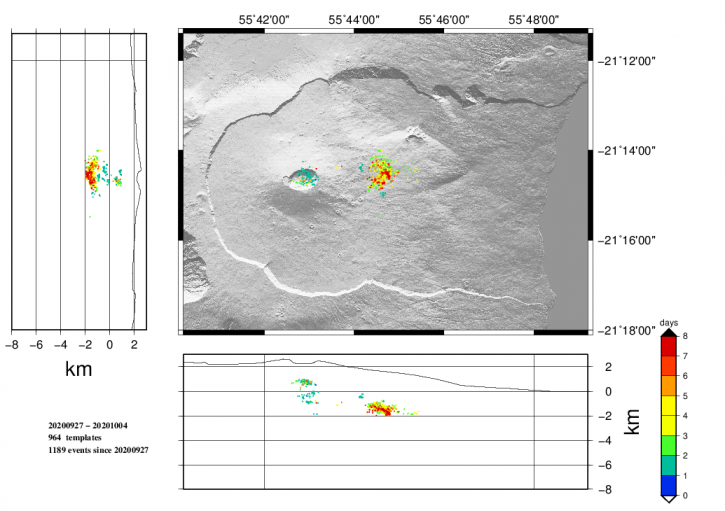 Figure 1: Location map (epicenters) and north-south and east-west sections (showing the location in depth, hypocenters) of earthquakes recorded and located by the OVPF-IPGP between 09/26/2020 and 10/04 / 2020 under the Piton de la Fournaise massif. Only localizable earthquakes have been shown on the map (© OVPF-IPGP).

During the day of 04/10/2020, no large-scale deformation occurred in the Grandes Pentes sector. But over the last 3 days, the sliding towards the East of the GPS station « GPNG » of the OVPF, located in the upper part of the Grandes Pentes at an altitude of 1,414 m, continued by approximately 1.2 cm. . At the same time, the inflation (swelling) of the summit zone continues, testifying to the pressurization of a source under the summit, where the superficial supply system is located (magmatic reservoir from which the magma intrusions depart towards the top. area). This resumption of inflation is consistent with the CO2 concentrations in the soil which have been increasing in the far field (Plaine des Cafres sector) for several days. This increase is often associated with a rise of magma from the mantle. 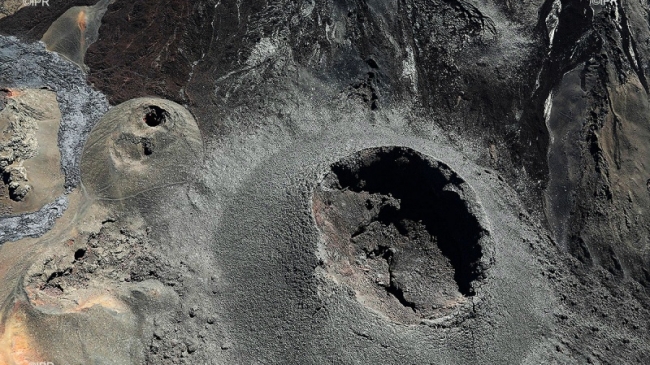 Following discussions between the OVPF and the prefecture, it was decided to maintain the alert level at « Alert 1 » given the unusual nature of the situation and the uncertainties that remain. Indeed, the persistence of seismicity and weak deformations under the eastern flank show that the intrusion of magma under this flank is still active and that an eruption cannot be excluded in this area. The inflation of the summit area and the increase in CO2 concentrations in the soil in recent days show that a new magmatic injection from the summit reservoir cannot be excluded. This could happen quickly following the weakening and opening of the volcano’s power system during the intrusion of September 28-29. The observatory teams remain mobilized. 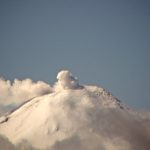 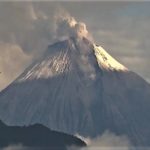