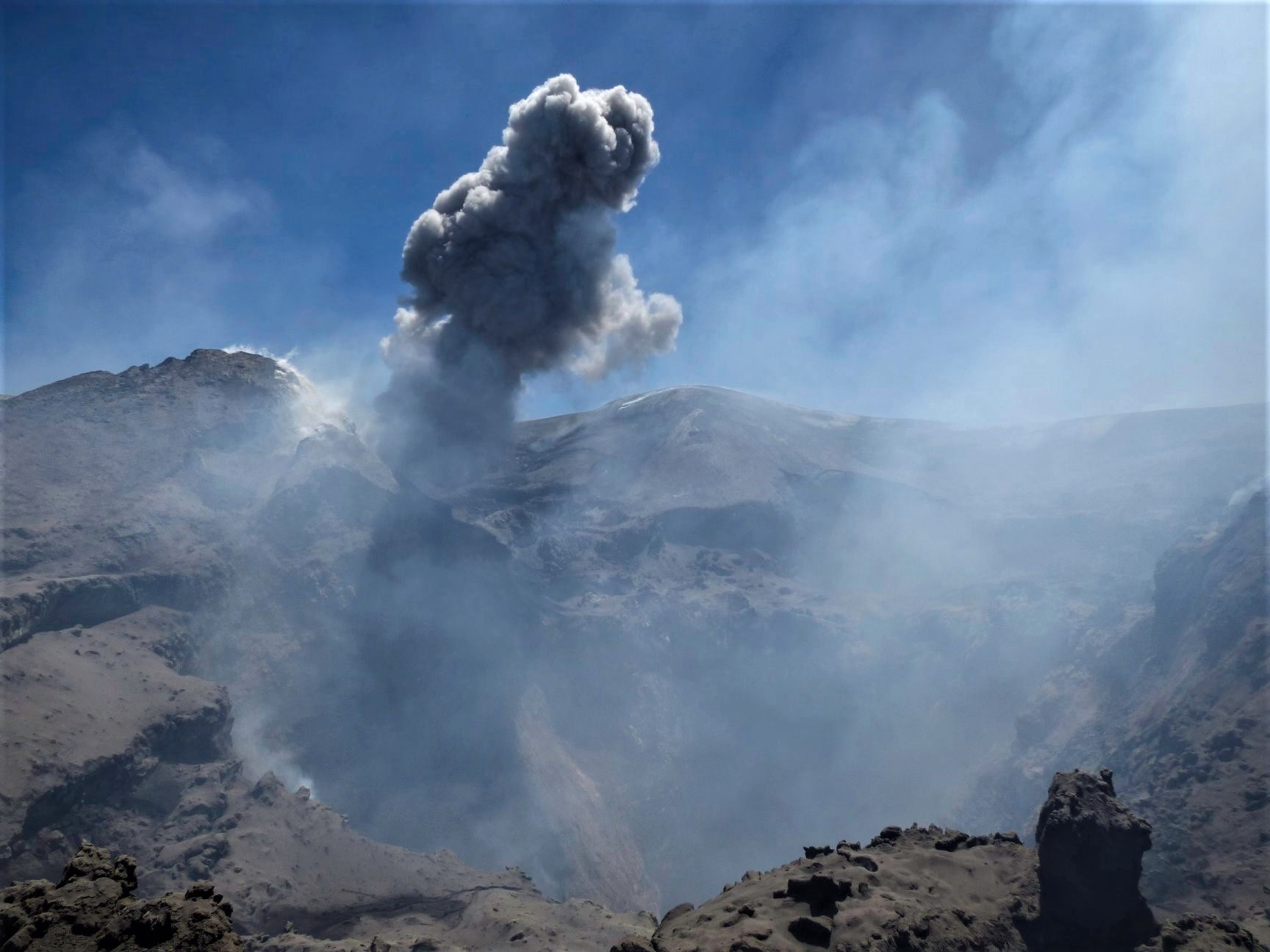 The National Institute of Geophysics and Volcanology, Osservatorio Etneo, announced that, according to observations made during an inspection carried out in the area of the summit on June 17, 2019 and the analysis of the images recorded by the camera system monitoring of the INGV, we note the persistence of the explosive activity produced by an open eruption vent in the crater of Voragine 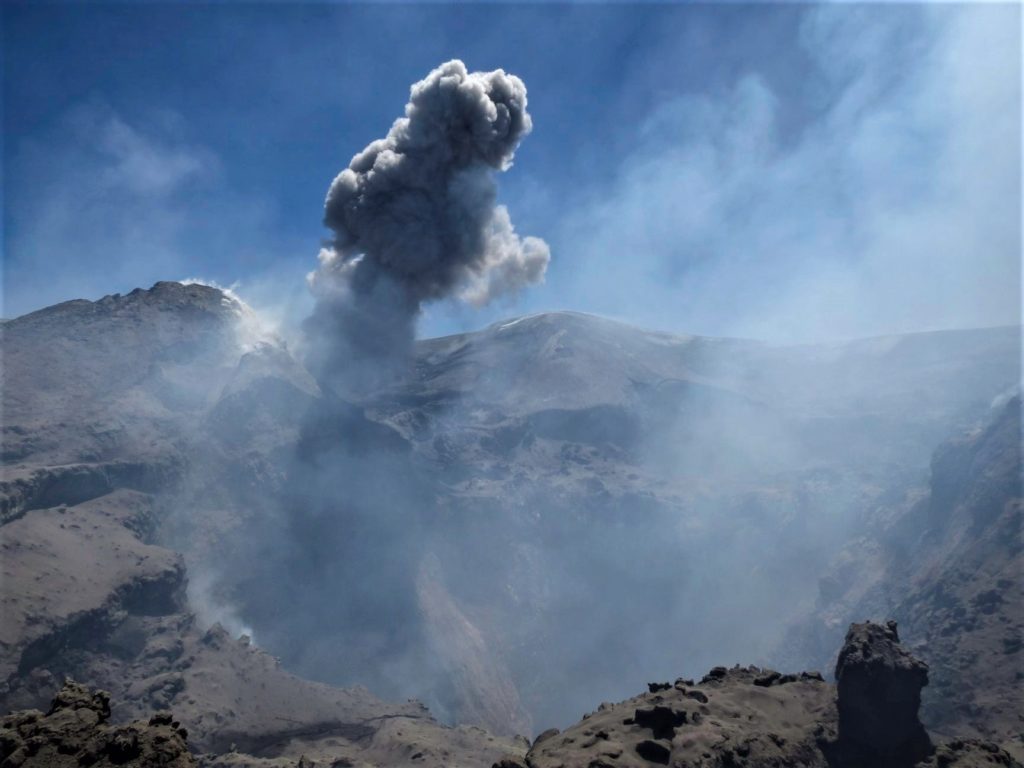 The explosions follow each other with irregular frequency and intensity. At 18h27 UTC on 18 June, in the summit area, there was an explosion of intensity slightly higher than that during the last 24 hours. The pyroclastic material produced by the explosion rapidly dispersed into the atmosphere to the east, mainly on the ground, near the crater area at the summit.

From the seismic point of view, the explosion at 08:27 UTC was anticipated at 08:13 UTC by two low frequency seismic transient events higher than the average amplitude recorded by most stations of the network.
The average amplitude of volcanic tremor continues to remain in low values, with no significant change in trend.

The video was captured by Montagnola’s « EMOV » video surveillance cameras, the « EMOT » thermal surveillance on the Montagnola and the « EBT » of Bronte. At first, we see one of the ash emissions of Voragine, then, at 08:27, the strongest explosion, from a different point than the previous ash puffs.

The Popocatépetl volcano recorded a high-intensity explosion that produced a column of smoke nearly five kilometers high, to which four other explosions were added on Monday.
The National Coordination of Civil Protection indicated that the most recent explosion was recorded at 15:14, while the previous ones occurred at 6:44, 7:04 and 12:40. 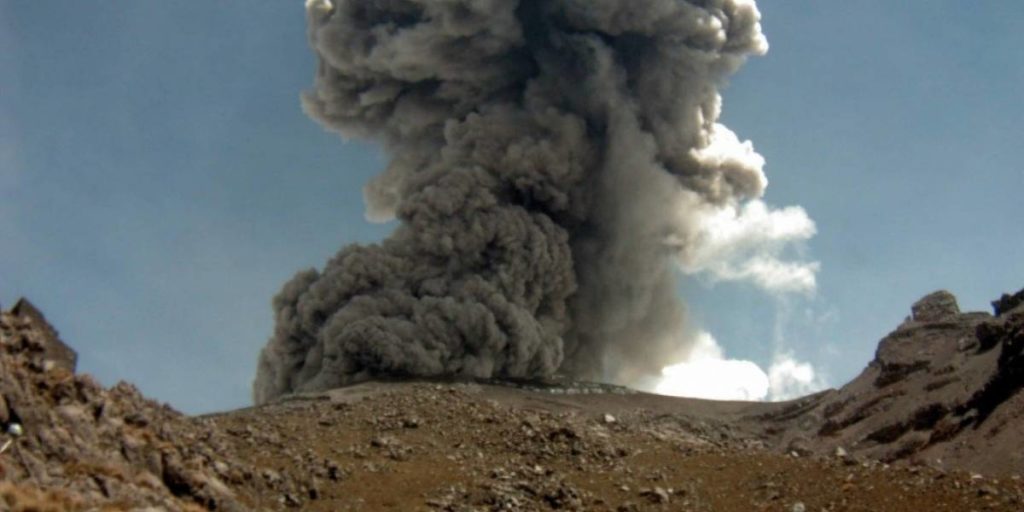 At 1240, an explosion was recorded, with a height of about 8 km, with a moderate ash content that the winds dispersed to the southwest.

The analysis of the recordings obtained from the seismic network of the Sabancaya volcano for the period from 10 to 16 June 2019 has made it possible to identify the occurrence of 2086 earthquakes of volcanic origin, the highest percentage of which is associated with the movement of magmatic fluids. During this week, an average of 13 daily explosions were recorded, of low to medium intensity.

The monitoring of the deformation of the volcanic structure using GNSS data (processed with fast orbits) does not show significant anomalies. Visual surveillance, using surveillance cameras, identified the appearance of eruptive columns reaching an altitude of 3.8 km at the summit of the volcano, whose ashes were dispersed to the eastern and southern sectors of Sabancaya. Satellite monitoring identified 7 volcanic anomalies on the volcano between 6 and 30 MW, associated with the presence of a hot body near the surface and the persistence of explosions.

The Geophysical Institute of Peru (IGP) reports that the dynamic behavior of the Ubinas volcano has recorded during the last hours the appearance of a seismic swarm or a group of abnormal earthquakes. As a result, it is suggested that the authorities and the public remain attentive to the reports published by the IGP.

The IGP analyzed the seismic activity recorded on the Ubinas volcano on June 18, 2019, identifying between 9:45 am and 11:00 am the occurrence of 6 major earthquakes with a magnitude of less than 2.8 ML (local magnitude).  This seismicity is associated with rock breaking processes within the volcano, at a depth of about 7.5 km below it. It should be noted that no seismicity has been observed associated with the rise of the magma.

The surveillance camera did not record any fumaroles or significant changes during the current period.
Satellite monitoring using information from the SENTINEL, IMO-NASA (SO2) and MIROVA (thermal anomalies) systems showed no anomalies during the period.

According to the analysis and evaluation of the information obtained through the surveillance network of the Nevado del Huila volcano, from 11 to 17 June 2019, the COLOMBIAN GEOLOGICAL SERVICE – Volayological and Volcanic Observatory of Popayán indicates that:

• During the evaluated period, 170 seismic events were recorded, of which 118 were related to rock fracturing processes (type VT) and 52 to fluid dynamics in volcanic canals. Of these, 48 were classified as long period type events (LP type) and 4 as low energy tremor pulses (TR type).

• The majority of localized earthquakes, associated with fracture processes, continue to be located northeast of the volcanic building, at a distance from the central peak oscillating between 11 and 19 km, with depths between 7 and 13 km.

• The images obtained during the week by the web cameras of Caloto, Tafxnú, Maravillas and La Palma showed a weak degassing of the volcanic system. On June 11, a mobile measure of SO2 emissions was carried out on the Tunía – Puerto Tejada (Cauca) road, for a total of 1214 t / day, which is considered low.

It is repeated that, although the VT seismicity located to the northeast of the Nevado del Huila volcano is in the zone of influence of this one, these events occur in an area
Tectonically active. Until now they have not affected the other parameters of volcanic monitoring; therefore, the level of activity of the volcano has not changed, which continues to Amarillo or level III. 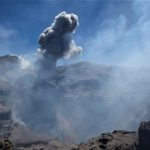 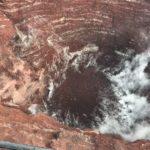