Two weeks ago, Mt Ruapehu’s Crater Lake (Te Wai ā-moe) entered a new heating cycle, accompanied by strong levels of volcanic tremor (volcanic earthquakes). Over the past week, the lake has heated further to ~32 °C (from 31°C last week). The slow heating has been hindered by heavy rainfall at the volcano and influx of cold water into the lake. The strong tremor reported last week continues.
Sustained elevated tremor, combined with the slow lake heating, continues to indicate that gas is fluxing through the system. However, the slower-than-expected increase in lake temperature suggests a partial blockage may exist in the vent beneath the lake, preventing the hot gas from entering the lake. This could allow pressure to build up within the volcano.

The interpretation of this activity is consistent with elevated volcanic unrest and therefore the Volcanic Alert Level remains at Level 2. The Aviation Colour Code has been raised to Yellow.

The Japan Meteorological Agency said an underwater volcano, far south of the country’s main island, Honshu, had erupted. It issued a volcanic warning for nearby waters.

The agency said a weather observation satellite recorded volcanic material erupting in the Funka Asane area of the Ogasawara Islands around 6 p.m. Sunday. The column stood about 5,500 meters above sea level. An image taken by the satellite shows it rising to the northeast above the waters. 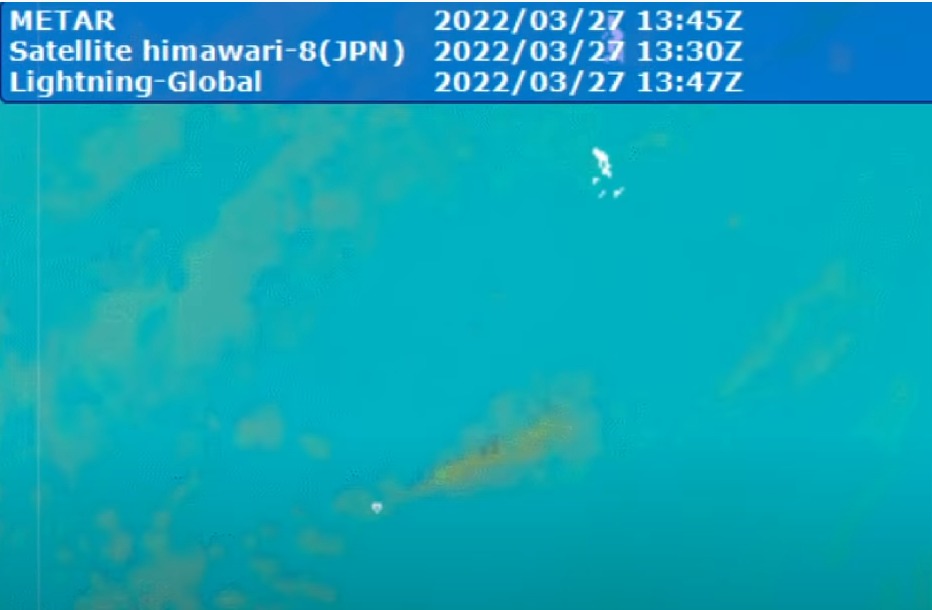 The agency says volcanic activity may continue at Funka Asane. It calls on vessels sailing in nearby waters to remain vigilant for falling rocks, floating debris and the rapid spread of volcanic gases and ash. Funka Asane is located north of the island of Ioto, also known as Iwojima.

Weather agency records show it was the first eruption at Funka Asane since fishing boats observed two or three outbursts in the area each year from 1930 to 1945. The agency observed l discolored water in the area for about 40 years from 1953.

Funka Asane is about 130 kilometers from the underwater volcano Fukutoku-Oka-no-Ba, which caused a massive eruption last year.

Here are the latest Sentinel images showing magmatic uplift on Sao Jorge (as of the 27th). Uplift is significant on two sections of the island, indicating dyke intrusion. Over the past 72 hours, seismic activity has slowly decreased. 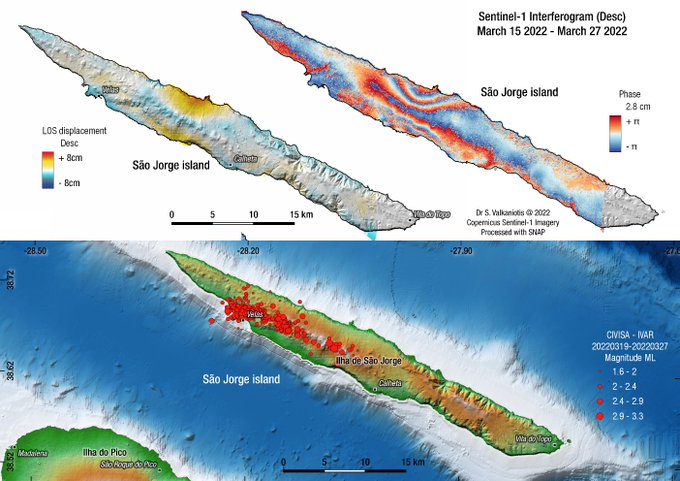 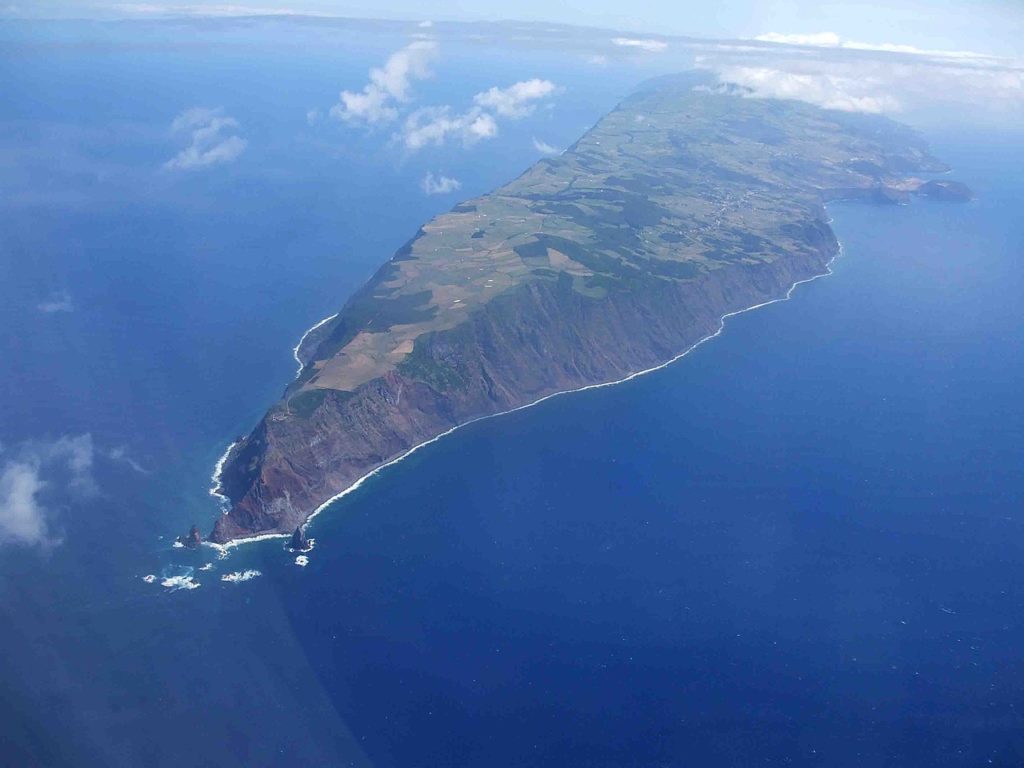 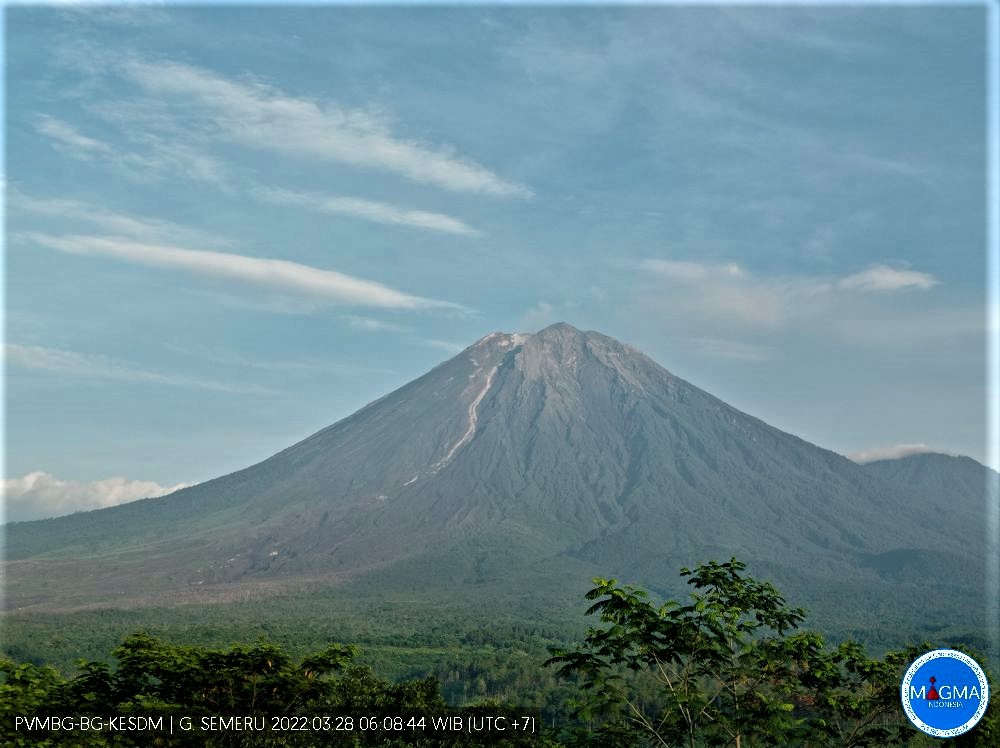 Volcanic Cloud Height :
Best estimate of ash-cloud top is around 14323 FT (4476 M) above sea level, may be higher than what can be observed clearly. Source of height data: ground observer.

The National System for Prevention, Mitigation and Attention to Disasters (SINAPRED) reported on Sunday that the Telica volcano, located in the department of León, continues to experience sporadic and low-intensity explosions, with ash exhalations. 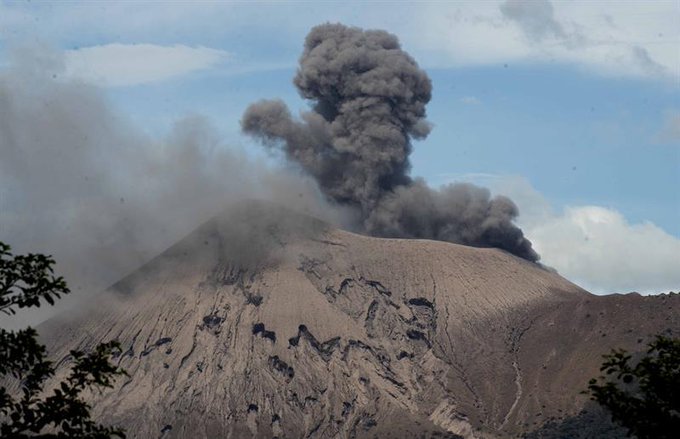 Most of the ash falls on the slopes of the volcano, and very little is carried by the wind to the west and southwest of the volcano, without representing a danger to the population of the surrounding communities.

For their part, the San Cristobal, Cerro Negro, Masaya, Momotombo and Concepción volcanoes maintain their activity with normal recordings of active volcanoes.

Activity Summary:
Mauna Loa volcano is not erupting. Rates of seismicity and CO2 concentrations at Sulphur Cone remain slightly elevated above long-term background levels, but have not changed significantly over the past week. Other Mauna Loa monitoring data streams—ground deformation, all other gas concentrations, visual appearance in webcams—show no significant changes.

Observations:
During the past week, HVO seismometers recorded approximately 55 small-magnitude (below M3.0) earthquakes below the summit and upper-elevation flanks of Mauna Loa. The majority of these earthquakes occurred at shallow depths less than 15 kilometers (9 miles) below sea level. 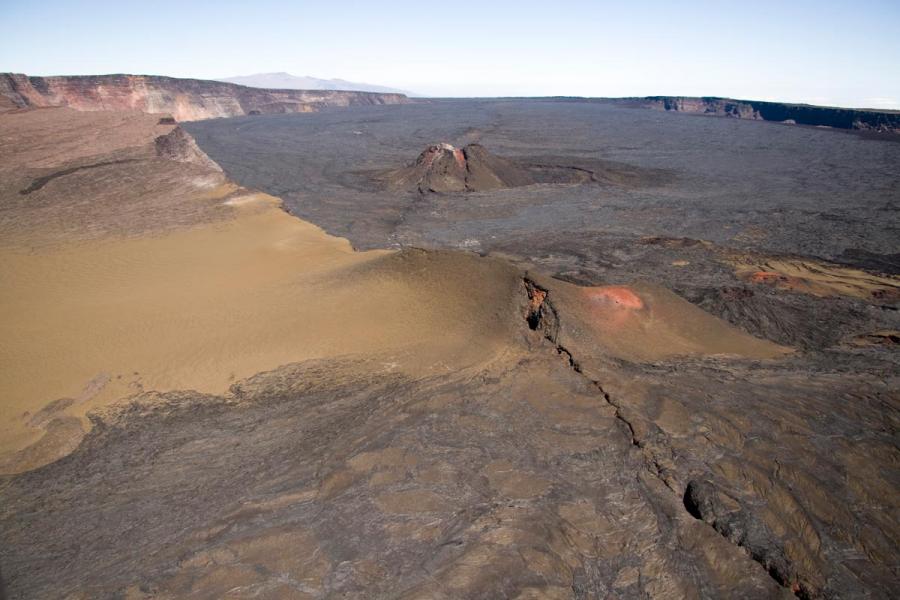 Global Positioning System (GPS) measurements show very low rates of deformation in the summit region continuing through the past week. 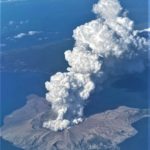