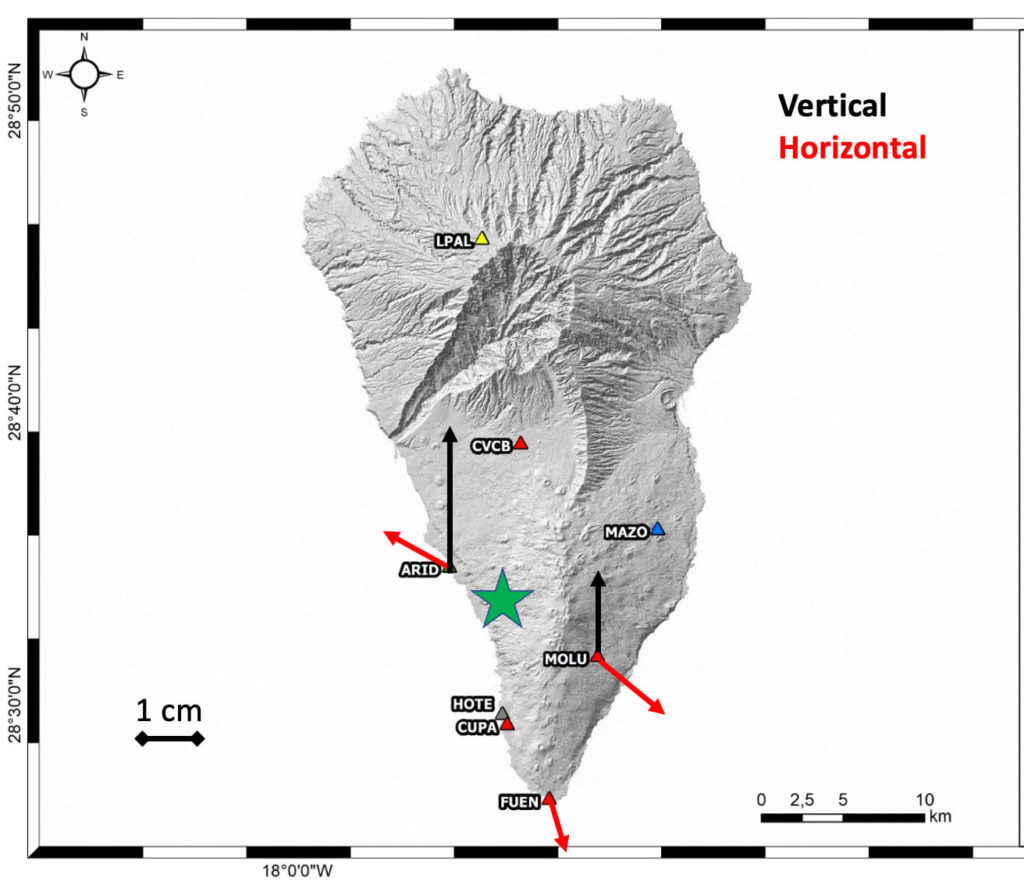 The figure shows the horizontal (red arrows) and vertical (black arrows) movement in some of the GNSS stations that are part of the network. This deformation pattern can be interpreted as the effect of the pressurization of a small magmatic reservoir, located inside Cumbre Vieja in the same area where most of the earthquakes of the recent swarm are located.
This observation confirms that the source of this swarm, which began last Saturday, September 11, 2021, has a magmatic origin and is linked to the intrusion of a small volume of magma inside the Cumbre Vieja volcano.

INVOLCAN will continue to inform about the evolution of this new seismic swarm on the Cumbre Vieja volcano. Remember that it is not excluded that the seismicity felt in the coming days will intensify, depending on the evolution of the activity.
The current situation of the volcanic traffic light is in YELLOW for the municipalities of El Paso, Los Llanos de Aridane, Mazo and Fuencaliente de la Palma; therefore, keep an eye on the information provided by the corresponding civil protection authorities.

September 15, 2021 13:00 UTC. Updated information on volcanic activity in the south of the island of La Palma. 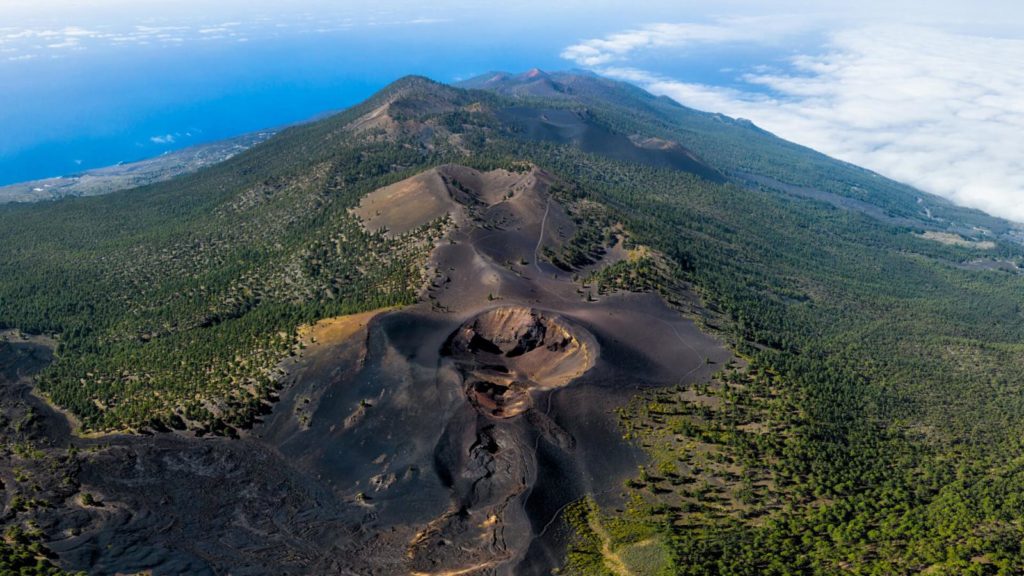 The maximum cumulative vertical deformation is of the order of 6 cm in the zone close to seismicity and its distribution is still compatible with a center of pressure in this zone. These movements were observed both with the island’s GNSS network and with InSAR data (Sentinel-1). In contrast, the eastern trend observed in the previous days in the Cumbre Vieja inclinometer appears to have stabilized.

The Japan Coast Guard reported that during a 12 September overflight of Fukutoku-Oka-no-Ba, observers noted that the W island was unchanged while the E side had been completely eroded and submerged. Yellow-green to yellow-brown discolored water extended from the vent area to the SW, S, and SE, suggesting continuing eruptive activity. Another area of discolored water had an approximate diameter of 2 km and was about 2 km ENE of the volcano. The discolored water prompted JMA to issue a navigation warning to nearby vessels.

Volcanic activity in Fukutoku-Okanoba (observed on September 12)
Observed by planes belonging to Haneda Air Base, 3rd Regional Coast Guard Headquarters, September 12
The main results of the observations are as follows.

[Observation results]
There is hardly any change on the west side. The east side is submerged. 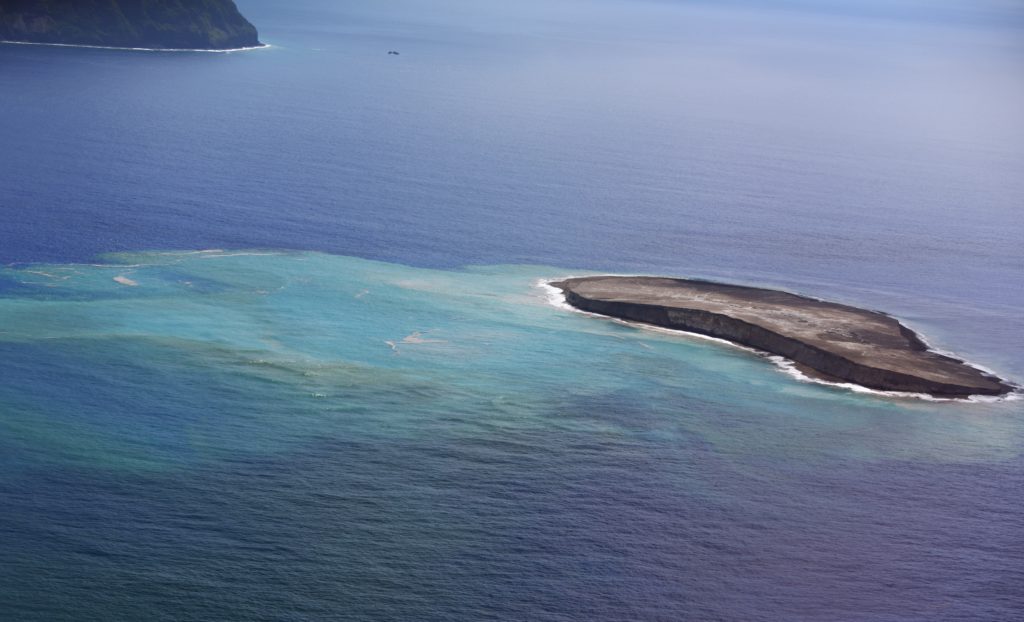 Additionally, as a new area of discolored water was confirmed, the Japanese Coast Guard issued a navigation warning.
We draw attention to ships sailing nearby.

The comments are as follows.
An area of discolored yellow-green to yellow-brown water extends from the center of the crater and is still active.
Activities are continuing.
It should be noted that a new area of discolored water has occurred east-northeast of Fukutoku-Okanoba.
The results of this observation show that an activity is still ongoing.
The possibility of a re-eruption cannot be denied.

The fissure eruption in the W part of the Krýsuvík-Trölladyngja volcanic system, close to Fagradalsfjall on the Reykjanes Peninsula, had paused for several days. The Institute of Earth Sciences reported that based on aerial photography acquired on 9 September, during the pause, the area of the flow field had grown to 4.6 square kilometers, and the total volume erupted was 143 million cubic meters. The crater floor was visible and was at least 70 m deep, with a deeper cavity or drainage sometimes visible.

Lava visibly returned on 11 September; RSAM values increased and low lava fountains emerged from a few areas on the flow field to the W of the main crater. Lava also returned to the main vent. Lava fountains from the main crater were visible for periods of 5-10 minutes on 13 September and lava advanced in multiple directions. Lava flowed N on 14 September. By 15 September lava quickly advanced S, flowing past the earthen barriers constructed at the S end of Geldingadalur valley, and turning E into the Nàtthagi valley. The Aviation Color Code remained at Orange due to the lack of ash and tephra emissions, though IMO warned of the potential for lapilli and scoria fallout within a 650 m radius of the active vent. Authorities also warned of gas emission hazards 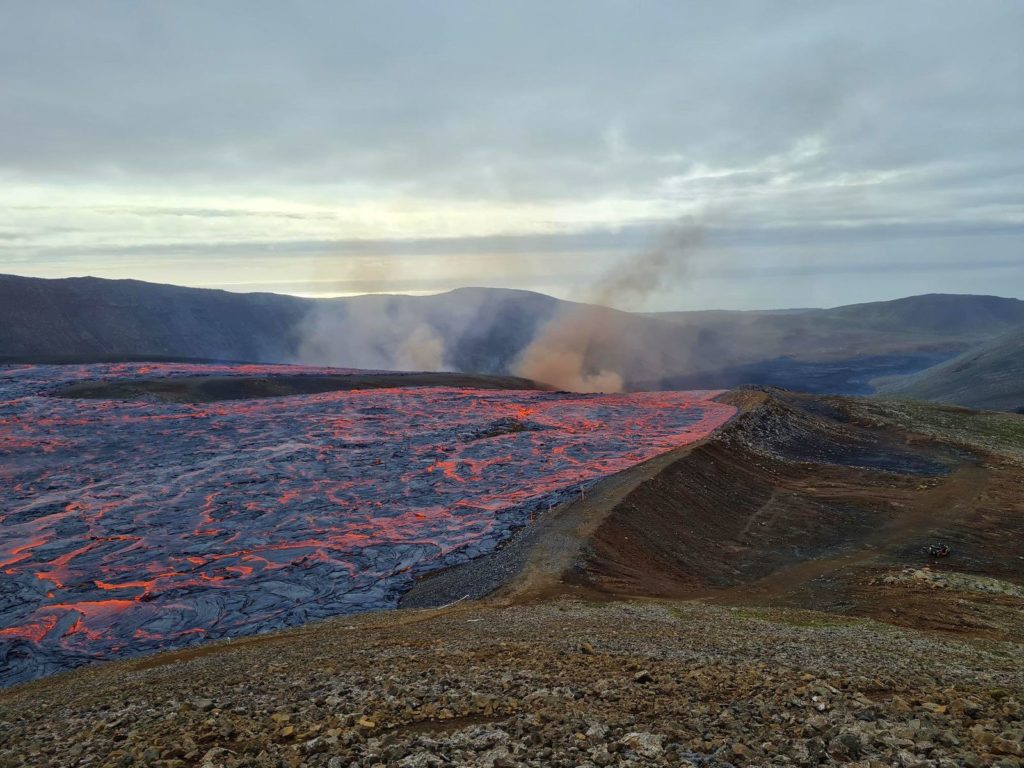 Massive lava tunnel opens and drives lava flow to Nátthagi
Yesterday (15-Sep-2021) at around 11:10 UTC, a large lava tunnel just south of the crater in Geldingadalir had its roof collapsed on the surface. This resulted in the lava flow from Geldingadalir to Nátthagi. The flow covered Geldingadalir in less than 20 minutes. After that he has reached the barrier that prevents him from entering Nátthagakriki, if that happens, hiking trails A and B will be closed forever or will have to be redrawn from their current locations. The lava on this path also allows the lava flow to flow towards the town of Grindavík and nearby roads.

Yesterday’s lava flow descended into Nátthagi but did not go far compared to the older lava it was flowing over. This sudden lava flow has put people in danger and shows that the lava field is full of dangerous caves that can collapse or open at any time without any warning.

Decrease in the state of the activity level of the Agung volcano,, September 14, 2021

Assessment of the activity of Mount Agung until September 13, 2021, as follows:

Visual observation
The visual of the volcano in the period from January 1 to September 13, 2021 is dominated by white smoke from the crater with a low to moderate intensity of about 20 to 50 meters above the summit. The last eruption occurred on June 13, 2019 at 1:38 a.m. WITA and recorded surface activity is now dominated by volcanic gas emissions that occasionally occur with low intensity. 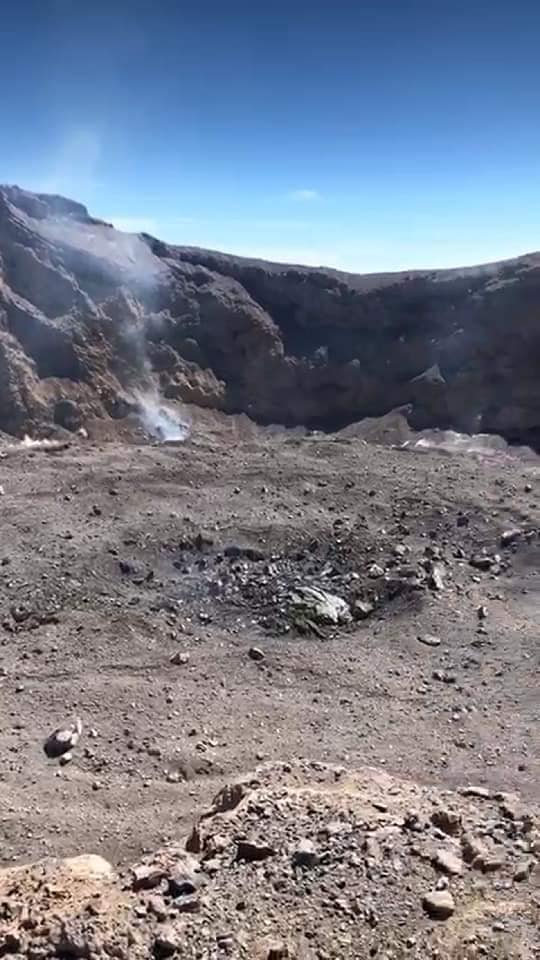 Instrumental observation
Seismicity during the period January 1 to September 13, 2020 was dominated by local tectonic, distant tectonic, deep volcanic and emission earthquakes, with in detail:

In general, the number of deep volcanic and shallow volcanic seismicity events over the past year has decreased. Currently, the recorded volcanic earthquakes are insignificant. This indicates that the movement of the magma towards the surface that is occurring is of low intensity. In addition, the recorded tectonic earthquakes are not directly related to volcanic activity.
The thermal anomaly at the crater surface was last detected by the Modis satellite in October 2019 and after that the thermal anomaly was no longer observed. The drop in temperature at the surface of this crater indicates a significant decrease in the supply of magma to the surface.

Based on the results of visual and instrumental observations, the activity level of Mount Agung was lowered from LEVEL II (WASPADA) to LEVEL I (NORMAL) from September 13, 2021 at 1:00 p.m. WITA.

-Seismic activity at La Soufrière, St Vincent has remained low since the tremor associated with the explosion and ash venting on 22 April.
-Current activity is consistent with a period of unrest after an eruption. This can continue for weeks to months. While volcanic activity has been on a decline, there is the continued presence of near surface hot spots, daily seismic activity and persistent degassing.
– No lahar signals have been observed and work has been completed on all seismic stations.
– There is a small, but not insignificant, possibility that magmatic activity might restart, should there be an influx of new magma from depth. 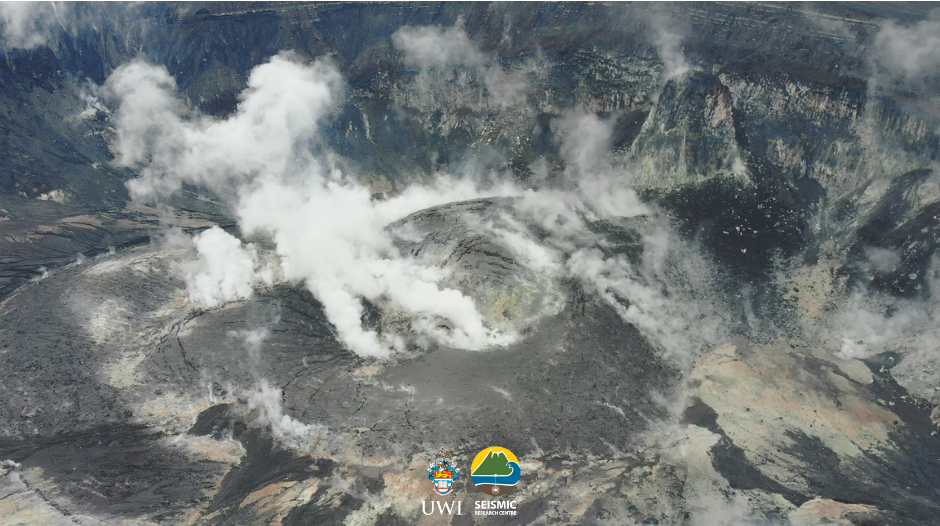 The Alert Level at the La Soufriere volcano has been downgraded to YELLOW.
A YELLOW alert level means the volcano is restless, seismic or fumarolic activity are above the historical level at the volcano.
Activities at the volcano have been low and reduced significantly over the past few months since the last explosive eruption on the 22nd April, 2021.
All communities that evacuated following the evacuation order given on 8th April, 2021 can now return home.
Access to the summit of the volcano remains restricted. 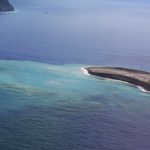 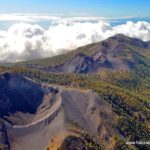