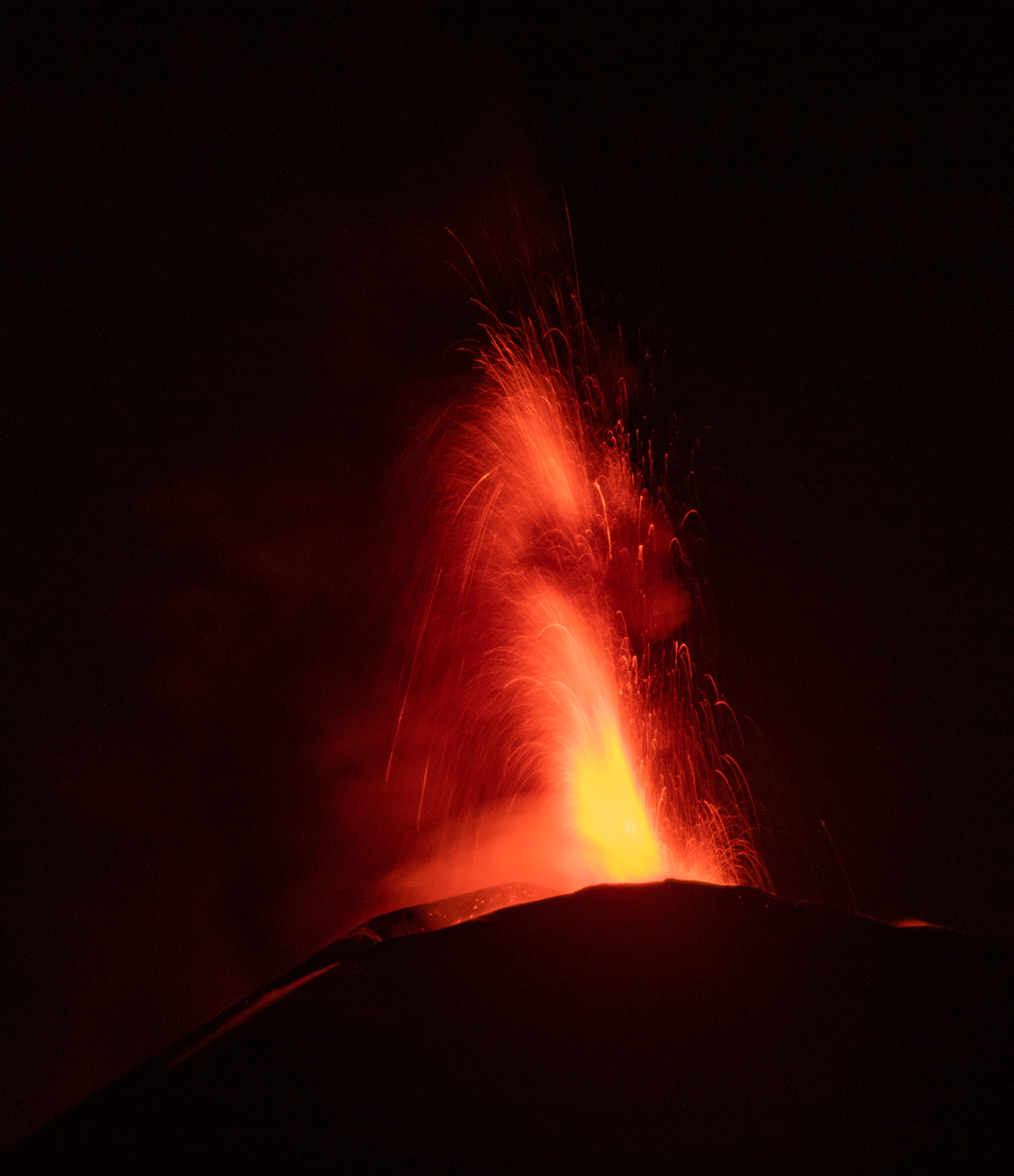 The National Institute of Geophysics and Volcanology, Osservatorio Etneo reports that a further increase in Strombolian activity in the Southeast Crater is observed from around 12:50 UTC by surveillance cameras and INGV staff. Based on the forecast model, the eruptive cloud produced by this activity disperses in a south-easterly direction. In addition, an overflow of lava is observed from the southern flank of the Southeast Crater which extends in a southwest direction. The average amplitude of the volcanic tremor continues to show an increasing trend, in the range of high values. The center of gravity of volcanic tremor sources is located in the area of ​​the Southeast Crater at an altitude of 2900 to 3000 m above sea level. The infrasound activity seems to be quite sustained in the frequency of occurrence explosions; infrasound transients show average amplitude values ​​and are located in correspondence with the Southeast Crater.
No significant changes are observed in the time series of soil deformation monitoring stations. 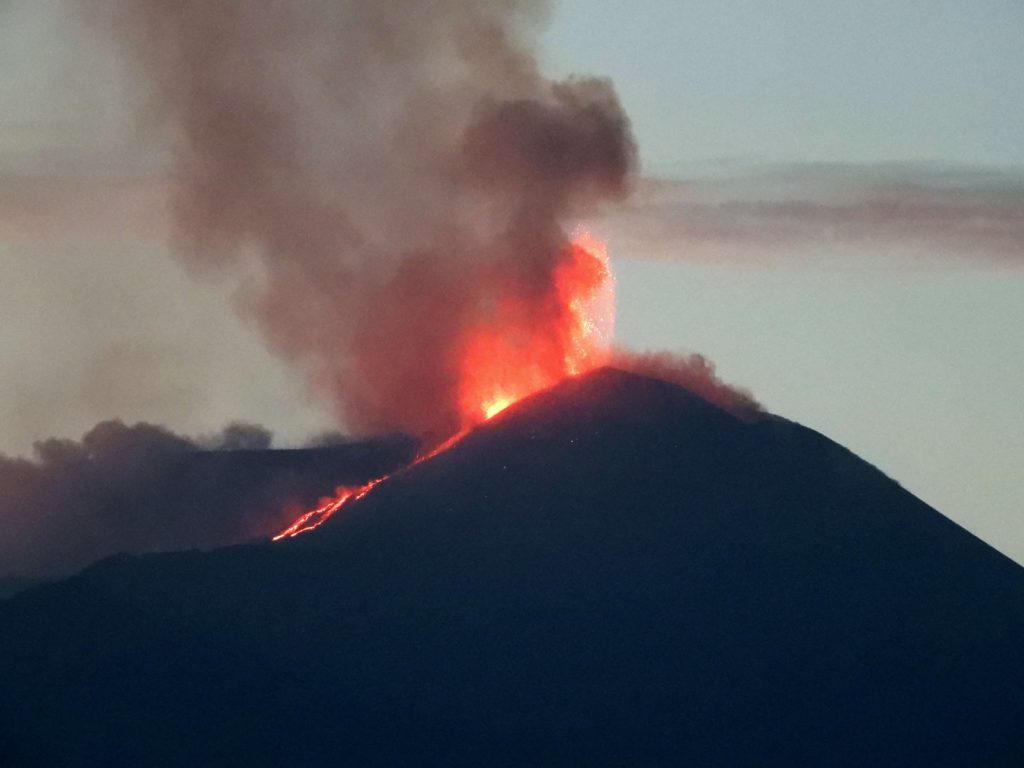 The National Institute of Geophysics and Volcanology, Osservatorio Etneo, announces that in addition to the press release n.359, from around 7:30 p.m., the Strombolian activity of the Southeast Crater has passed to the stage of a lava fountain. Based on the forecast model, the eruptive cloud produced by the current activity disperses southward. Regarding the lava overflow reported in press release n.358, it is well fed and its front has reached an altitude of about 2800 m above sea level. In addition, another flow is observed which propagates towards the east and which around 19:00 UTC reached the upper western edge of the Bove valley.
The average amplitude of the volcanic tremor always shows an increasing trend, in the range of high values. The centroid of the volcanic tremor sources is located in the area of ​​the Southeast Crater, at an altitude of about 2900-3000 m. The infrasound activity shows a high frequency of occurrence of explosions; the infrasound transients, which are located in correspondence with the Southeast Crater, show slightly increasing average amplitude values.
The summit stations of the inclinometric network show a modest variation linked to the activity of the lava fountain. No significant change is observed in the GNSS data. 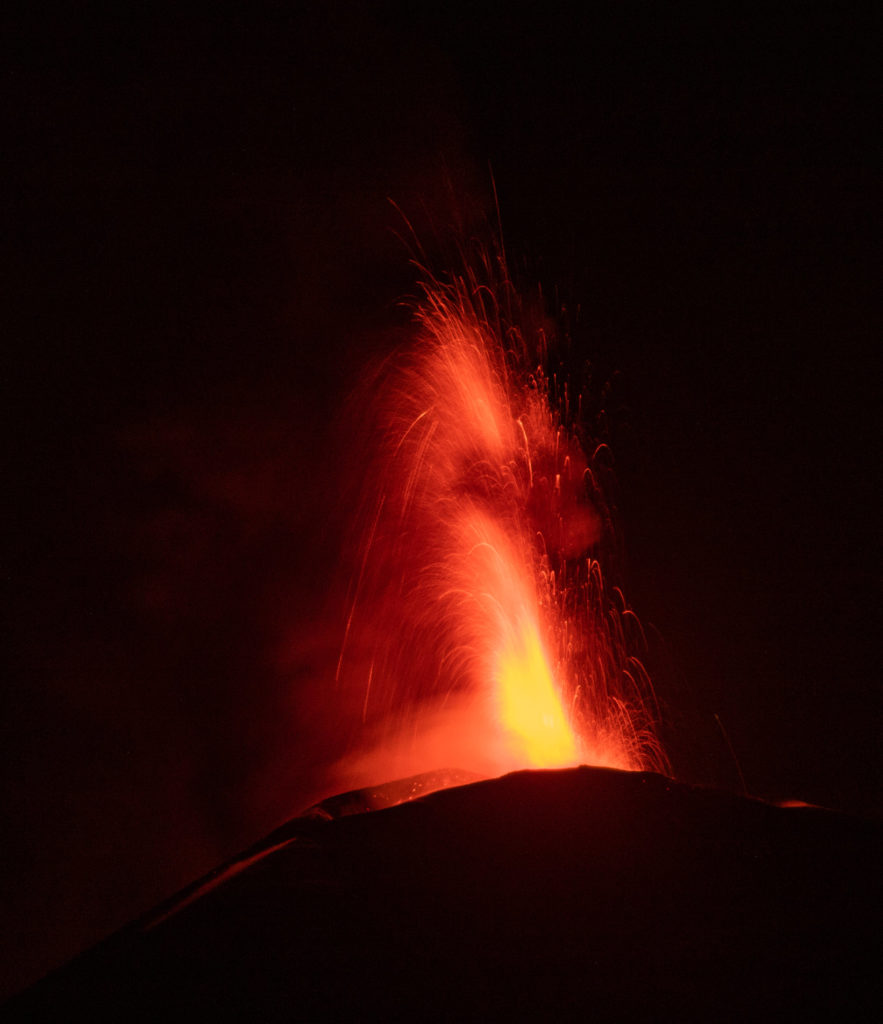 The National Institute of Geophysics and Volcanology, Osservatorio Etneo, announces that from the images of CCTV cameras, it is possible to observe that the lava fountain of the Southeast Crater, reported in Communiqué n. 360, ceased; Strombolian activity continues instead. The eruptive cloud produced during the fountain dispersed towards the Sus-South-East and new fallout of volcanic material was recorded at the Sapienza refuge.
With regard to the lava overflows reported in press release no. 360, we observe that the one directed towards the South-West continues to be well fed and the front is located at an altitude estimated at about 2600 m of altitude, while the flow directed towards the Valle del Bove cools.
From around 21:15 UTC, the mean amplitude of the volcanic tremor showed a rapid decrease and reached the base of the high value range around 22:50 UTC. Currently, this parameter shows a new downward trend. The center of gravity of the volcanic tremor sources is located in the area of ​​the Southeast Crater at an altitude of about 2900 m above sea level. The infrasound activity also showed a rapid decrease and subsided. ended around 21:50 UTC; currently, it is at a low level both for the frequency of occurrence of transients and for their observed amplitudes.

From the images of the CCTV cameras, we can observe that during the night the Strombolian activity of the Southeast Crater continued, which gradually became less intense and frequent. Currently, there are intracrater explosions that produce rare ash emissions, which are quickly dispersed into the atmosphere. The southwest front of the lava flow, described in Communiqué 361, is cooling.

The National Institute of Geophysics and Volcanology, Osservatorio Etneo, announces that from surveillance cameras and INGV personnel in the field, it is observed that the effusive overflow activity that began on June 12 (Mise to day 3) in the area of the North crater has ceased and the lava flows are cooling.
At the same time, ordinary explosive activity continues in both the areas of the North and Center-South craters. 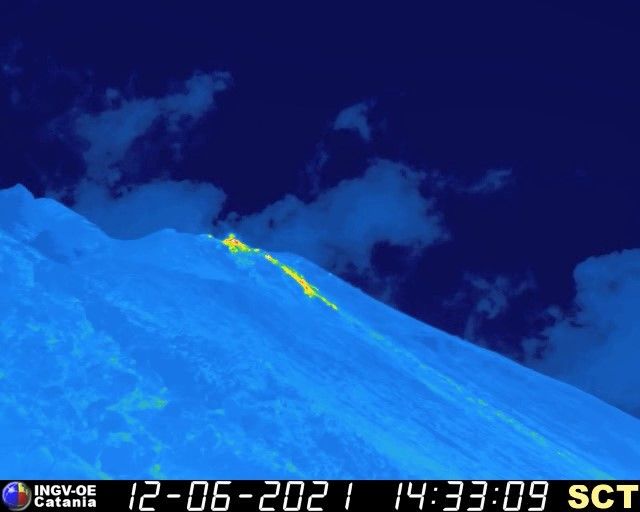 Volcanic activity at the north crater of Mount Cerberus remains at a low levels over the past day. Nothing significant has been observed in seismic or regional infrasound data. The volcano shows signs of degassing with a plume of sulfer dioxide gas observed in satellite data from yesterday. Overall the volcano is restless but activity has remained low. 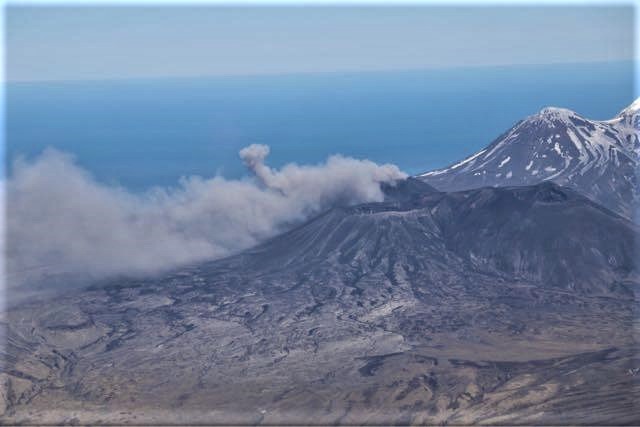 Small eruptions producing minor ash deposits within the vicinity of the active north crater of Mount Cerberus and ash clouds under 10,000 ft above sea level are typical of recent activity at Semisopochnoi. Small explosions may occur without warning and could be undetected by regional infrasound sensors and cloudy weather conditions.

Alert Level 1 status prevails over Bulusan Volcano, which means that it is currently in an abnormal condition. Local government units and the public are reminded that entry into the 4-kilometer radius Permanent Danger Zone (PDZ) must be strictly prohibited and that vigilance in the 2-kilometer Extended Danger Zone (EDZ) on the southeast sector must be exercised due to the increased possibilities of sudden and hazardous phreatic eruptions. Civil aviation authorities must also advise pilots to avoid flying close to the volcano’s summit as ash from any sudden phreatic eruption can be hazardous to aircraft. Furthermore, people living within valleys and along river/stream channels especially on the southeast, southwest and northwest sector of the edifice should be vigilant against sediment-laden stream flows and lahars in the event of heavy and prolonged rainfall should phreatic eruption occur. DOST-PHIVOLCS is closely monitoring Bulusan Volcano’s condition and any new development will be communicated to all concerned stakeholders. 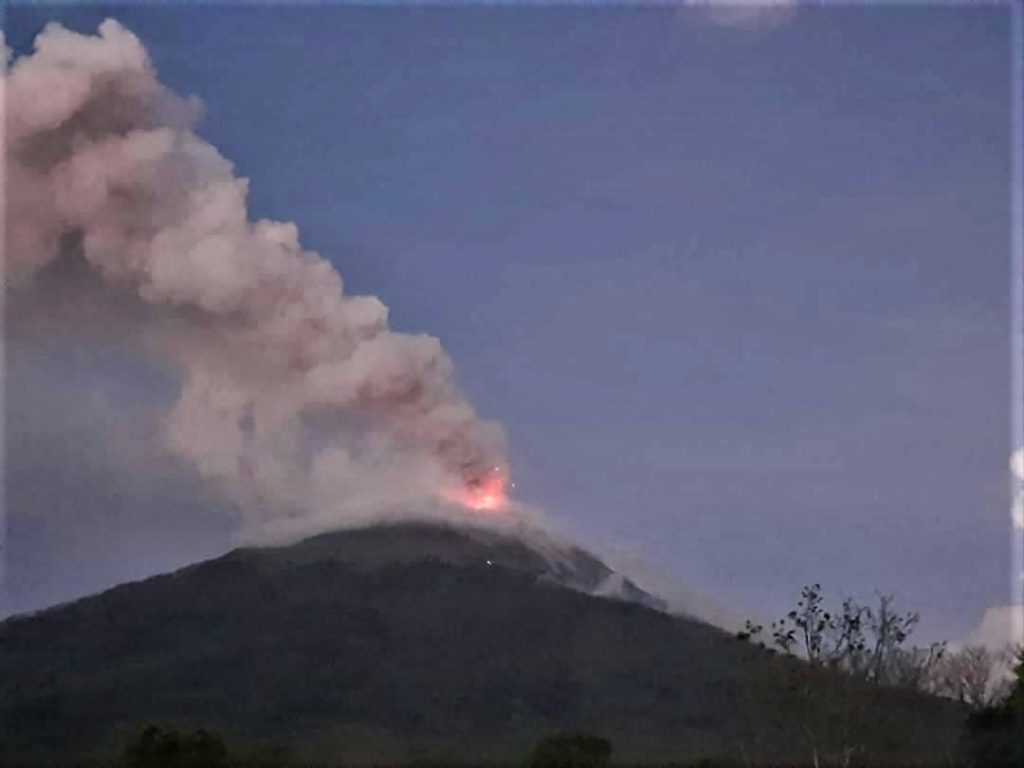 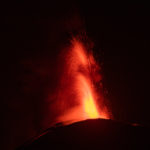 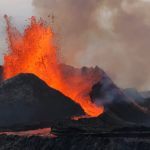