In the light of surveillance data, it is highlighted:
1) VOLCANOLOGICAL OBSERVATIONS: Degassing activity of summit craters and episodic Strombolian activity at the Southeast Crater accompanied by slight ash emissions
2) SEISMOLOGY: absence of seismic fracturing activity with Ml> = 2.0; amplitude of the tremor on low values.
3) INFRASON: low infrasound activity.
4) DEFORMATIONS: There are no significant variations in the time series of soil deformation monitoring networks.

5) GEOCHEMISTRY: HCl flux: Data not available, the last measurements are at a low level
SO2 flux at medium-low level.
The CO2 flux from the soil shows average values.
The partial pressure of dissolved CO2 in groundwater reaches background values.
No new data from the C / S ratio is available.
The helium isotopic ratio values ​​remain at high levels, although decreasing (sampling of 04/23/2021).
6) SATELLITE OBSERVATIONS: The thermal activity in the summit area is at a low level. 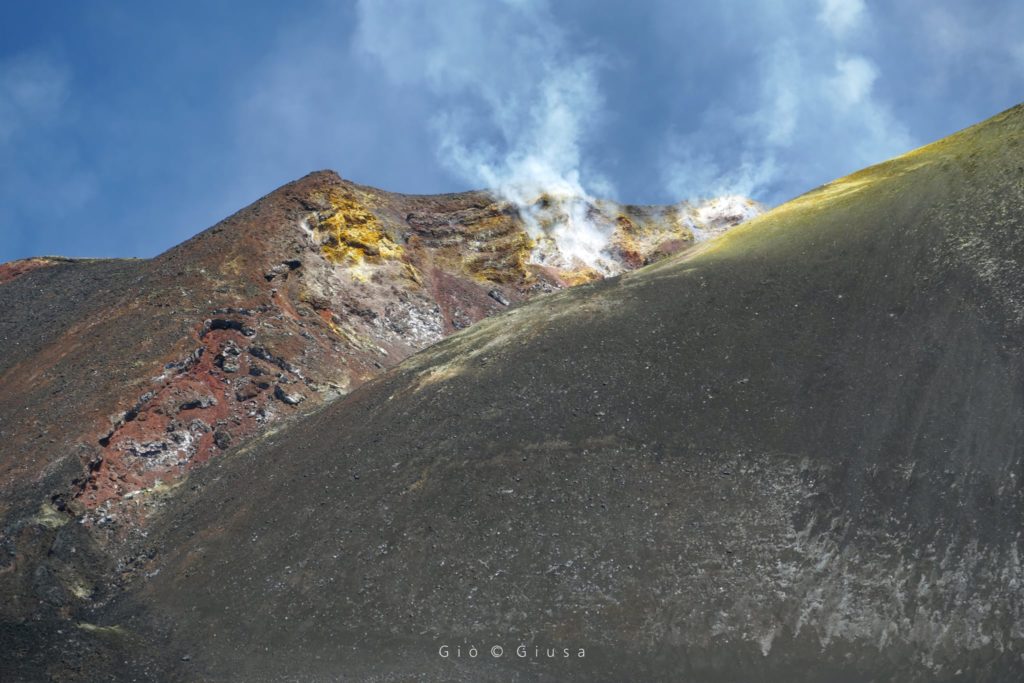 VOLCANOLOGICAL OBSERVATIONS
During the week, the monitoring of the volcanic activity at the level of the summit craters of Etna was carried out by analyzing the images of the network of surveillance cameras of the INGV section of Catania, Osservatorio Etneo (INGV-OE) and by means of an on-site inspection by INGV staff on May 10, 2021.
During the week in question, the summit craters of Etna were mainly affected by variable rate degassing activities associated with a discontinuous and weak Strombolian activity fed by the eastern mouth of the Southeast Crater. This activity was accompanied by light ash emissions which quickly dispersed in the summit area. During the same period, isolated ash emissions were also observed at the Northeast Crater. Analysis of the images relating to these events indicated the absence of thermal anomalies in the volcanic plume suggesting that this phenomenology is probably associated with collapses inside the crater.

Volcanic tremor:
The amplitude of the tremor remained at low values ​​although showing fluctuations from May 13th. The locations of the sources show notable dispersion under the central craters and in the Southeast Crater area with depths ranging from 0.5 to 3.0 km. However, it should be noted that during most of the week, this parameter was characterized by a low degree of reliability due to the low amplitude values ​​which led to a low signal-to-noise ratio, especially at the peripheral stations. 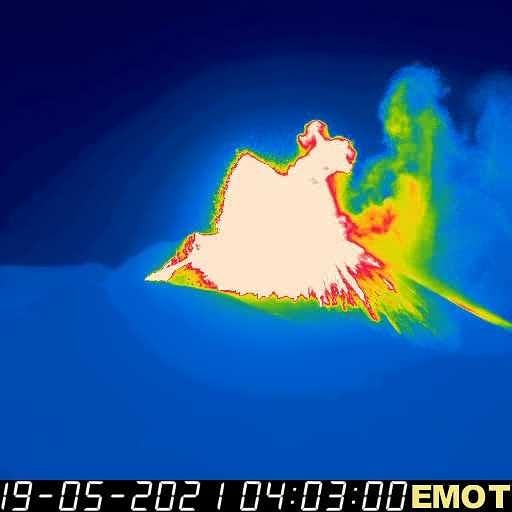 The National Institute of Geophysics and Volcanology, Osservatorio Etneo, announces that from approximately 00:21:40 UTC there is a resumption of Strombolian activity at the Southeast Crater (SSC) with an emission of ash that disperse to the east. At 00:34:59 the activity intensified. The phenomenon is still ongoing.
From the seismic point of view, the average amplitude of the volcanic tremor showed a sudden increase reaching high values. The sources of the tremor are located near the Southeast Crater at a depth of about 2.5 km above sea level. The rate of occurrence of infrasound events is low.
The signals from GNSS networks and inclinometric deformation monitoring do not presently show any significant changes. Only a slight variation in trend is visible at the inclinometric station of Cratere del Piano

The National Institute of Geophysics and Volcanology, Osservatorio Etneo, reports that a small lava flow has been observed moving along the side of the Southeast Crater, towards the Southwest.
The fountain activity continues. The forecast model indicates the dispersion of the eruptive cloud in the easterly direction. From the seismic point of view, the increase in the amplitude of the volcanic tremor continues on very high values, the source of the tremor is located near the Southeast Crater at a depth of about 2.5 km above the sea ​​level .The rate of occurrence of infrasonic events is low. The data from the GNSS network does not show significant variations, while the inclinometric network shows modest variations (around 0.2 microradians) visible mainly at the top stations. 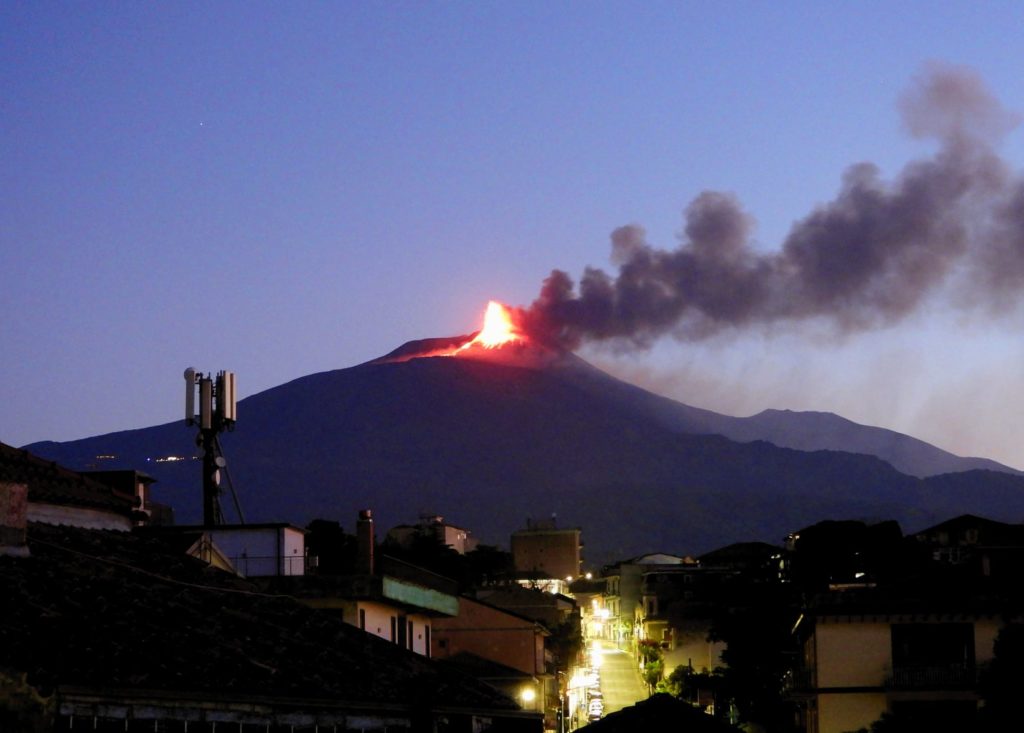 The National Institute of Geophysics and Volcanology, Osservatorio Etneo, announces that the activity of the lava fountains in the Southeast Crater (SSC) has ended. The lava flow that has developed in the southwest direction seems to be poorly fed. From the seismic point of view, the amplitude of the volcanic tremor decreases, currently fixing at an average level. The sources of the tremor are located near the Southeast Crater at an altitude of 2800-2900 m above sea level. The number of infrasound events is low. Analysis of the inclinometric data from the paroxysmal event showed variations at different stations, with cumulative maximum values ​​(equal to approximately 1.0 microradians) recorded at the summit stations. GNSS network data over the past few hours has not shown any significant changes.

Volcanic Activity Summary:
Several small explosions were detected in regional infrasound data earlier today and a small ash cloud was observed in a satellite image from 15:21 (23:21 UTC) on May 17. As a result AVO is raising the Color Code to Orange and the Alert Level to Watch. 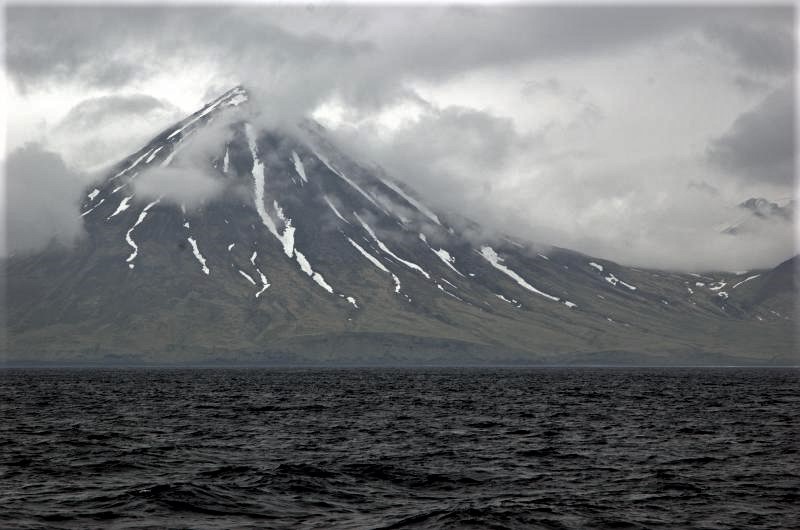 In the light of surveillance data, it is highlighted:
1) VOLCANOLOGICAL OBSERVATIONS: Normal explosive volcanic activity of the Strombolian type accompanied by a sometimes intense projection activity in the N2 zone. The total frequency of events showed values between medium (15 events / h) and high (21 events / h). The intensity of the explosions varied from low to medium in the North crater area and medium-high in the Center-South area. 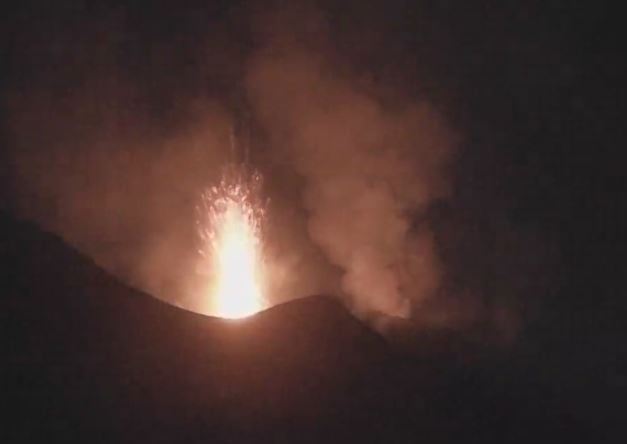 2) SEISMOLOGY: The seismological parameters monitored do not show significant changes, except for the increase in the amplitude of the tremor from 05/11.
3) DEFORMATIONS: A weak deformation transient is noted in the inclinometric signal on the morning of Saturday, May 15, 2021.
4) GEOCHEMISTRY: SO2 flux at an average level with an increase since April.
The C / S ratio in the plume is at average values.
The isotopic ratio of Helium dissolved in the thermal aquifer shows an increasing trend, however remains at an average level.
5) SATELLITE OBSERVATIONS: The thermal activity in the summit area is at a moderate level.

VOLCANOLOGICAL OBSERVATIONS
In the period under observation, the eruptive activity of Stromboli was characterized by the analysis of the images recorded by the surveillance cameras INGV-OE located at an altitude of 190 m, Punta Corvi and an altitude of 400 m.
The intense throwing activity these days has built a large cone in the N2 area (called N-cone1). In the South Center zone, frequent explosive activity was interrupted by intense splashing from the two vents of the cone (CS-cone2).
The mouth located in the southern sector of the CS zone produced explosions emitting coarse materials which sometimes exceeded 200 m in height.
The intense degassing in the outer rim of the northern crater area observed from the 11th turned out to be a small vent that fueled a weak and discontinuous explosive activity. This change was observed directly in the field from 2 p.m. by INGV staff, as part of the activities of the UNO project and the DPC / all agreement. 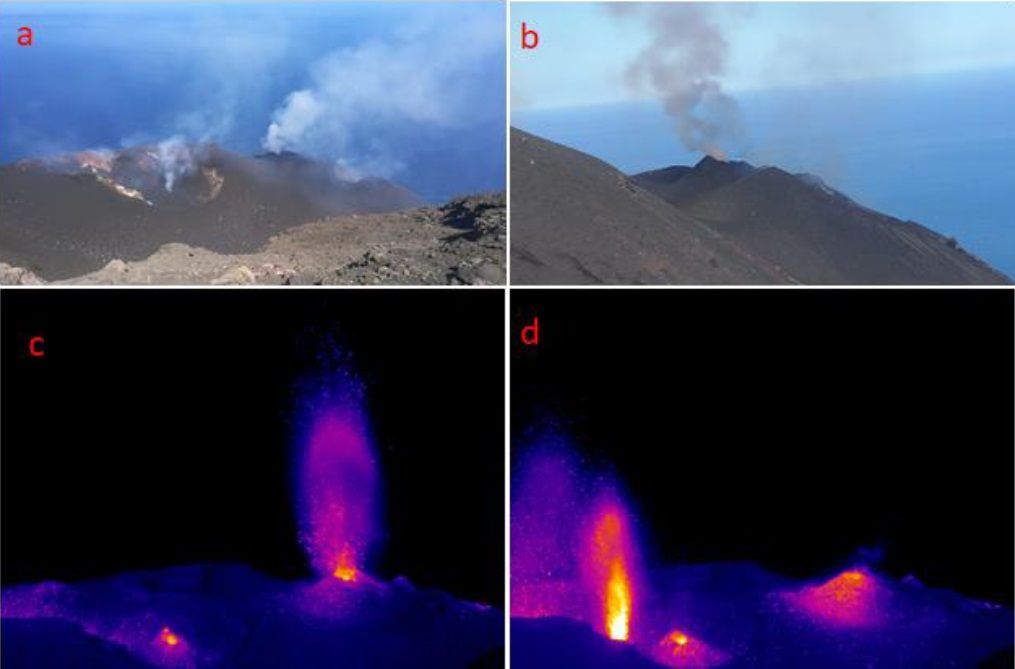 Description of the explosive activity captured by surveillance cameras.
In the North Crater area, the N1 crater, with three emission points, produced explosions of varying intensity from low to medium (sometimes the products reached 150 m in height) emitting coarse materials (lapilli and bombs). The N2 vent, at four emission points, showed explosive activity of varying intensity from low to medium-high (sometimes the products reached 250 m in height) emitting mainly coarse materials with a throwing activity that was intense for short intervals during May 12 and 15. The average frequency of explosions varied from 9 to 15 events / h.
In the Center-South zone, there were at least three emission points with explosions, emitting coarse and fine materials, with medium and sometimes high intensity (the products exceeded 250 m in height).
The explosive activity showed average hourly frequency values ​​ranging from 5 to 7 events / h.

The activity level has been at level III (SIAGA) since May 20, 2019 at 10:00 a.m. WIB. Mount Api Sinabung (2460 m altitude) has been erupting since 2013. The last eruption took place on May 14, 2021 with a high column of gray eruption, 700 to 1,000 m above the summit.
The volcano was clearly visible until it was covered in fog. We observe that the main crater emits white smoke with a strong thickness, about 50 to 200 meters above the summit. The weather is sunny to rainy, with weak to moderate winds to the east and south-east. The air temperature is around 17-25 ° C. 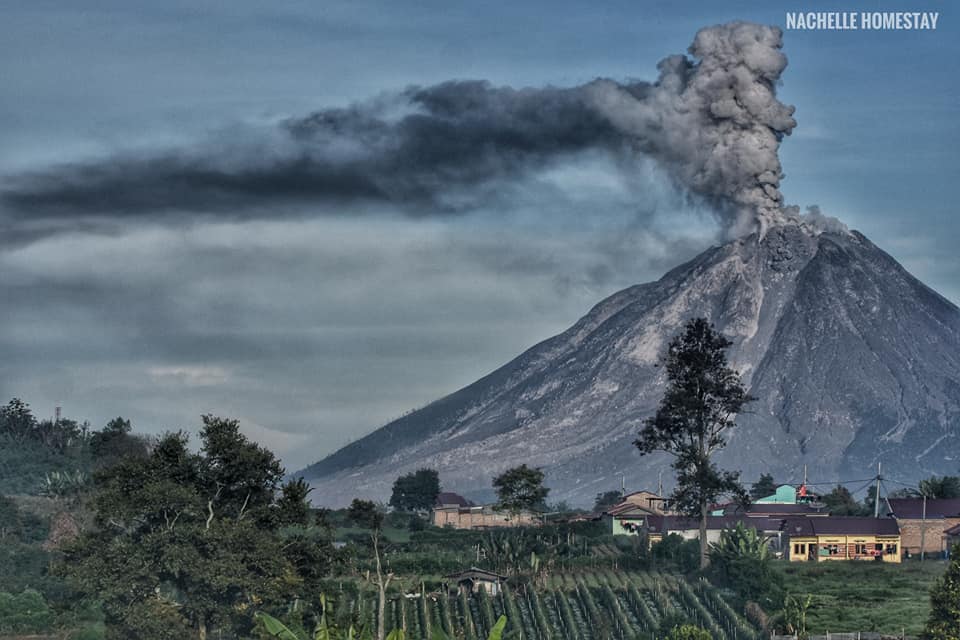 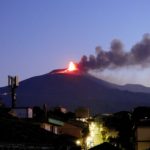 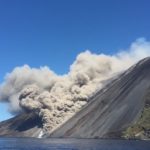