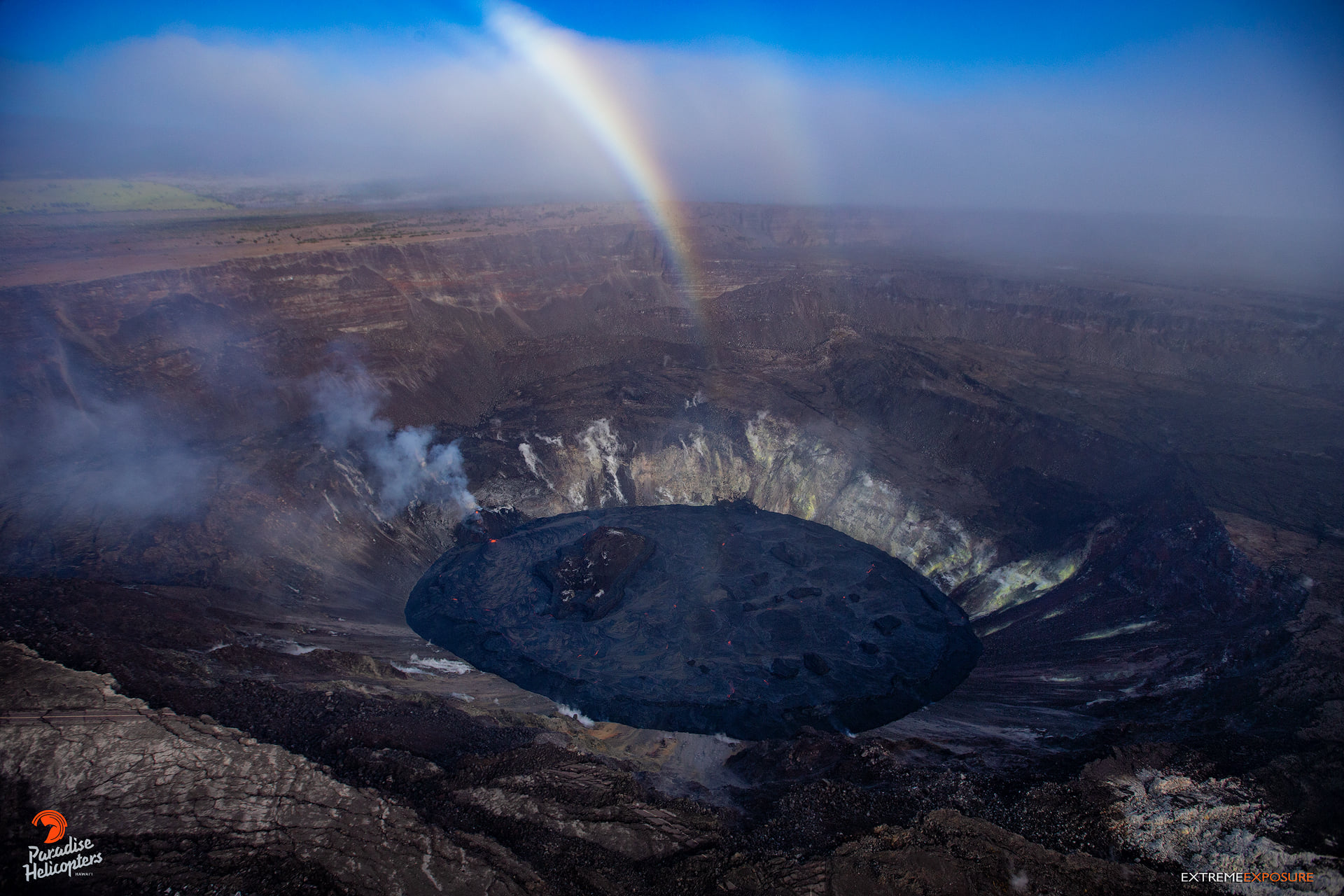 The volcano was covered in fog. The gas bursts emitted from the crater were not observed. The weather is clear, cloudy, cloudy to rainy, weak to moderate winds to the West, North-West, North-East, East and South-East 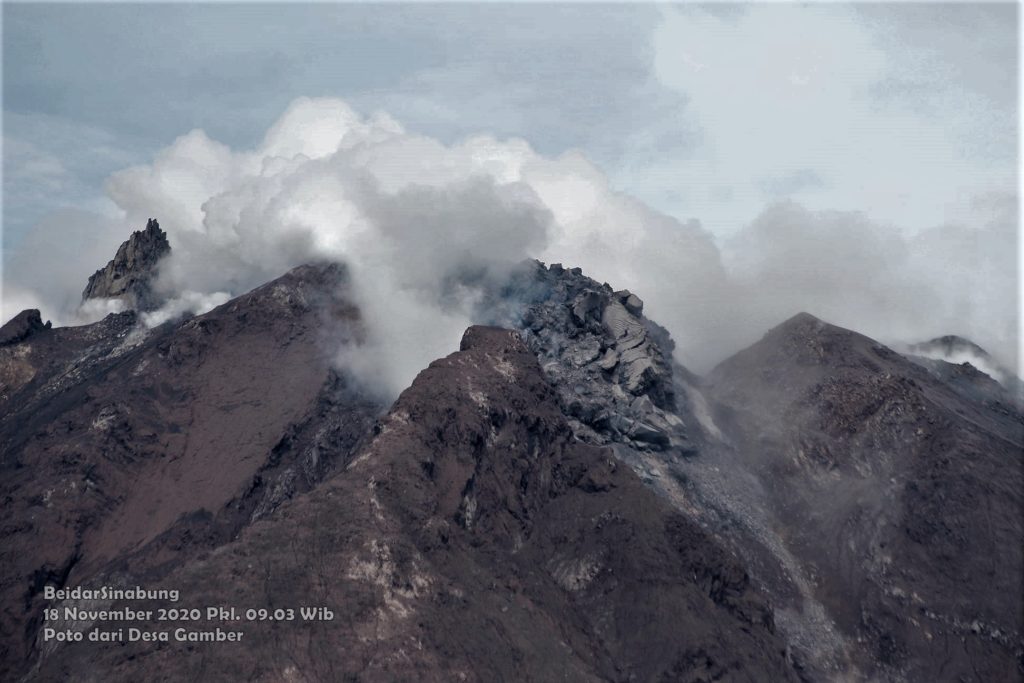 Recommendation:
1. Communities and visitors / tourists should not conduct activities in villages that have been displaced, as well as at the location with a radial radius of 3 km around the summit of G. Sinabung, as well as a sector radius of 5 km for the South-East sector and 4 km for the North-East sector.

2. In the event of ash rain, people are advised to wear masks when leaving the house to reduce the health effects of volcanic ash. Secure the drinking water facilities and clean the roof of the house from dense volcanic ash so that it does not collapse.

3. Communities living near rivers that originate at Mount Sinabung must remain alert to the dangers of lahars.

VONA: The last VONA message issued had the color code ORANGE, published on January 7, 2021 at 9:18 p.m. The eruption had not been observed.

The Rotary Helicopter that will be used in the surveillance of the La Soufriere Volcano arrived from Antigua today. The University of the West Indies Seismic Research Centre (UWI/SRC) Scientists Professor Richard Robertson, Dr. Thomas Christopher and Dr. Adam Stinton conducted an aerial reconnaissance of the La Soufriere Volcano on board the helicopter. They got a first- hand view of the volcano and were able to take thermal images of heat distribution, gas emission and dimension measurement of the new dome.
Aerial surveillance was not perfect; however they were able to identify landing areas. 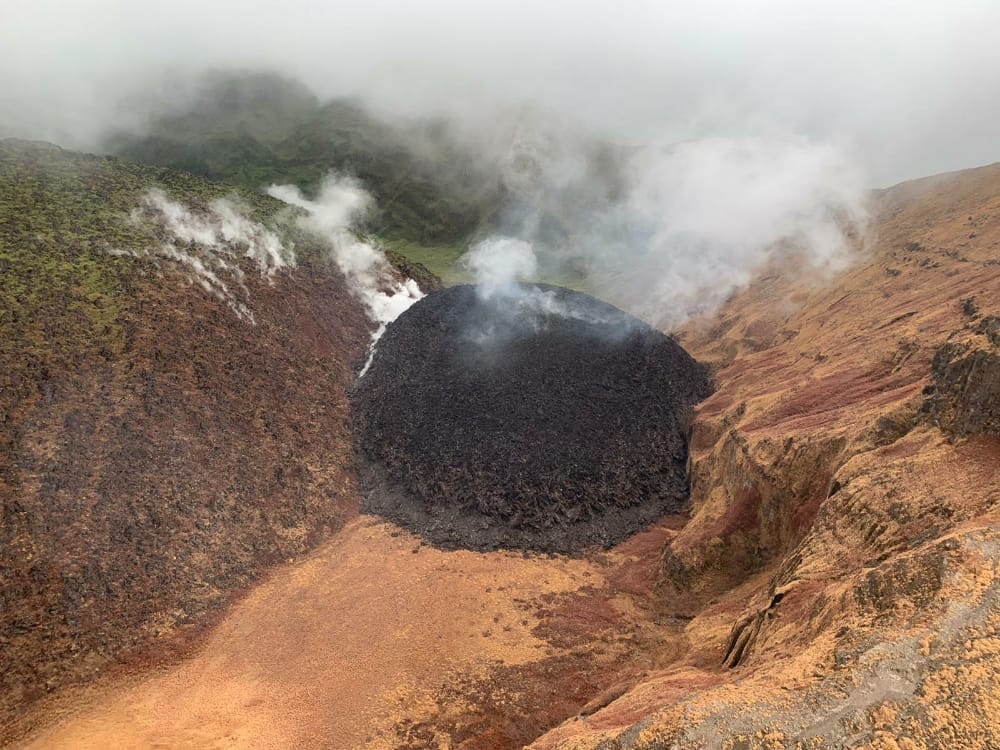 The dome continues to grow and is slightly higher and bigger than previously. It is growing laterally towards the east and west.
Thermal images were taken to determine the distribution of heat on the new dome; however conditions were not good for estimate of temperature. The scientists will need to repeat this exercise as the gases coming out of the volcano were moving around and therefore difficult to measure.

During the survey of the crater, special cameras took photographs of the dome that will be used to estimate its volume.
The scientists have reported that carbon dioxide is also one of the gases coming out of the volcano, along with Sulphur Dioxide. Carbon Dioxide does not have a smell and can be fatal.

The U.S. Geological Survey’s Hawaiian Volcano Observatory (HVO) recorded a magnitude-4.0 earthquake located beneath the south part of the Island of Hawai‘i, in the district of Kaʻū, on Thursday, January 14, at 6:15 p.m., HST.

The earthquake was centered about 8 km (5 miles) northeast of Pāhala, at a depth of 34 km (21 miles).
Moderate shaking, with maximum Intensity of V on the Modified Mercalli Intensity Scale, has been reported across parts of the Island of Hawai‘i. At that intensity, significant damage to buildings or structures is not expected. The USGS « Did you feel it? » service (http://earthquake.usgs.gov/dyfi/) received over 580 felt reports within the first hour of the earthquake. 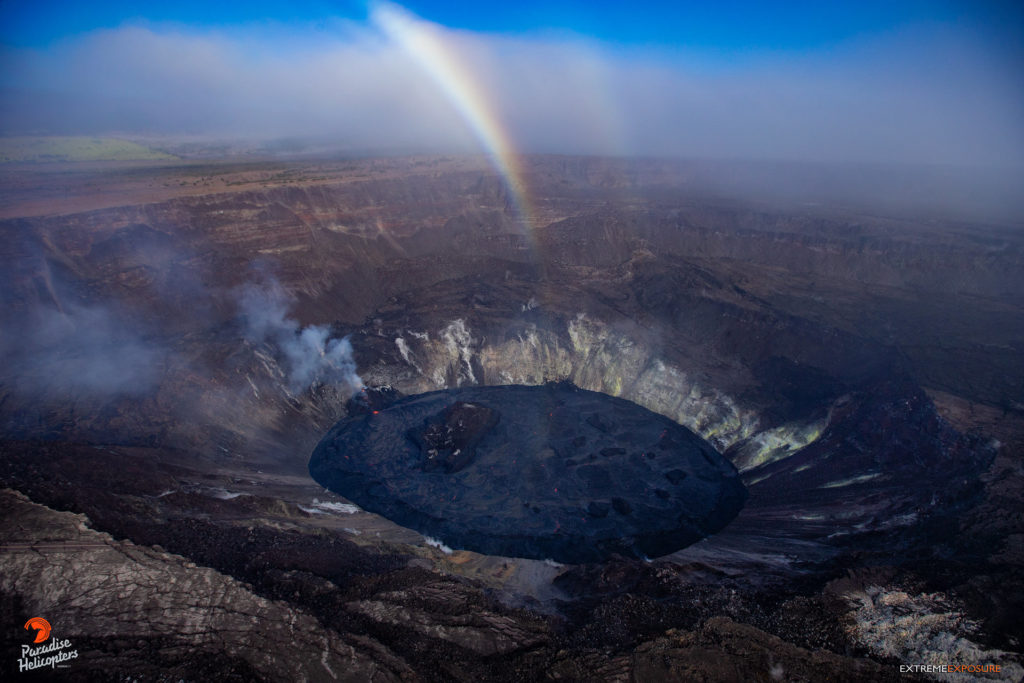 Activity continues within Halema‘uma‘u crater, as the west vent was effusing lava, feeding the lake of molten rock. Its surface was dynamic, cracking and slowly being pushed under in a process geologists refer to as foundering. Interesting to see the ring of a hardened crust (darker in color) forming around its perimeter, creating a perched lake with a surface that sits higher than the edges.

According to HVO acting Scientist-in-Charge, David Phillips, the earthquake had no observable impact on the ongoing eruption at Kīlauea’s summit at the time of this Information Statement. “This earthquake is part of the ongoing seismic swarm under the Pāhala area, which started in August 2019. Unlike most events associated with this swarm, this earthquake was widely felt across the Island of Hawai‘i, and as far away as Oʻahu. Please be aware that aftershocks are possible and may be felt. HVO continues to monitor Hawaiian volcanoes for any changes. The Alert Levels / Color Codes remain at WATCH/ORANGE for Kilauea and at ADVISORY/YELLOW for Mauna Loa at this time.”

Earthquakes beneath Kīlauea’s lower Southwest Rift Zone occur mostly at depths of 25-40 km (15-25 miles), beneath the town of Pāhala and extending about 10 km (6 miles) offshore. Earthquakes in this region have been observed at least as far back as the 1960s and are posited to be related to deep magma pathways under the island.

Emission / ash column: During the last 24 hours, several ash emissions have been observed towards the West and North-West, with heights approaching 600 and 1000 meters above crater level. The Washington VAAC reported 4 alerts of emissions observed by the satellites, their direction was maintained in the Northwest and the heights did not exceed 1000 meters above the level of the crater.

Other monitoring parameters: FIRMS has recorded 1 thermal alert on the Reventador in the last 24 hours.

Observations: In the afternoon and night of yesterday, the volcano sometimes cleared, making it possible to observe the emissions described above and, at night, pyroclastic flows were observed on the northern flank. Explosions and incandescence were recorded in the summit area.
Today, the volcano remained cloudy. In addition, in recent days, a new impulse of lava can be observed coming down from the northern vent of the crater. 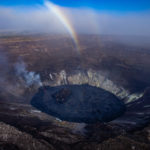 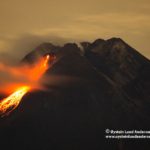