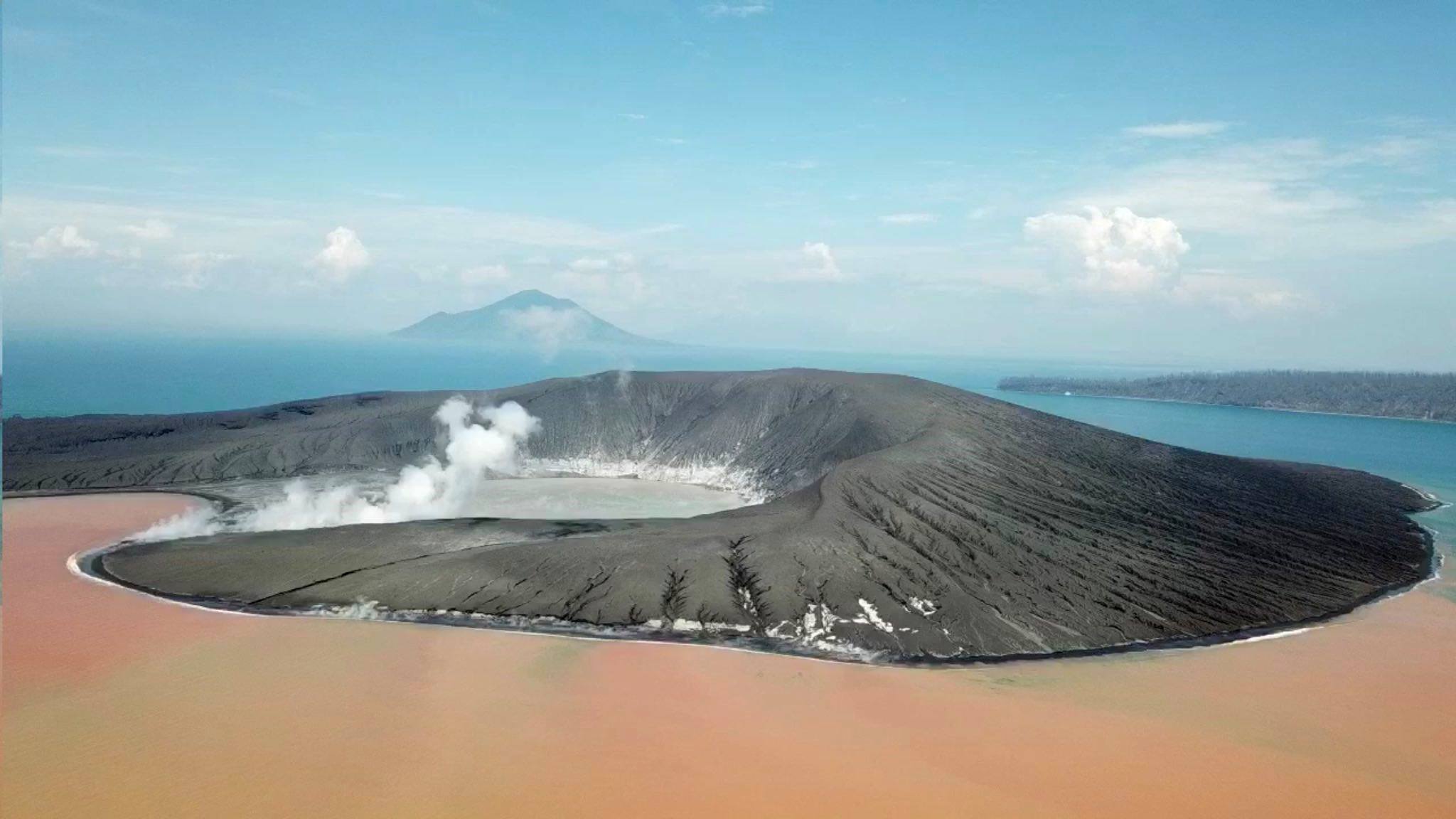 The sutseyennes eruptions have stopped for the moment ; the hydrothermal activity is manifested by intense degassing around the volcano, and a brown water coloring towards Sertung Island, due to iron hydroxide particles, and greenish towards the East, due to differences in density .

The video shows the dramatic changes Anak Krakatau has undergone.

On Anak-Krakatau, the changes after the collapse and eruptions in December is astonishing. The volcanic Island lost maybe up to 200m in heights and all its forested areas. A tsunami was triggered by partial collapse, waves produced possibly initially over 20m tall, caused significant damage to the surrounding islands, beaches and shorelines are wiped out and/or made unrecognizable. Tsunami waves were significantly lower when it arrived at the coast of Java and Sumatra 30-50min. afterwards. But still dangerous (1.5-4m in height) and sadly caused a lot of destruction and loss of human life

Level of activity at level III (SIAGA) since December 27, 2018. The Anak Krakatau volcano (110 m altitude) has increased its volcanic activity since June 18, 2018.
Since yesterday and until this morning, the volcano was clearly visible then covered with fog. The smoke from the crater was white with a thick intensity, rising about 100 meters above the summit. The wind is weak in the east and southwest. 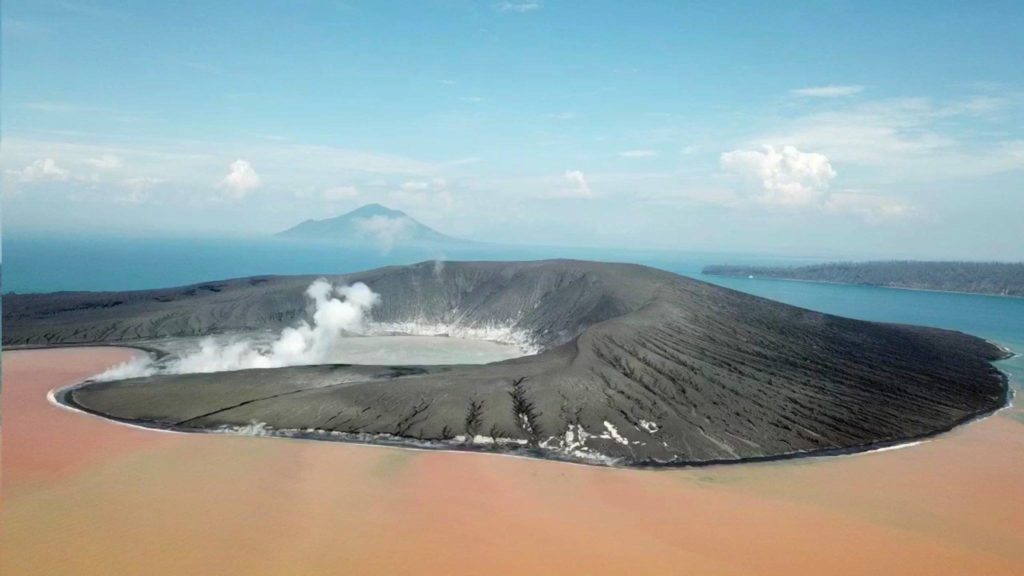 Recommendation: People / tourists are not allowed to approach the crater within 5 km.

Yesterday, Sunday, January 13, 2019 at 03:00 local time (06:00 UTC 13 January), monitoring stations installed near the volcano Nevados de Chillan recorded an explosive event, associated with the occurrence of a long-term type of earthquake ( LP), which was associated with fluid dynamics within the volcanic system. 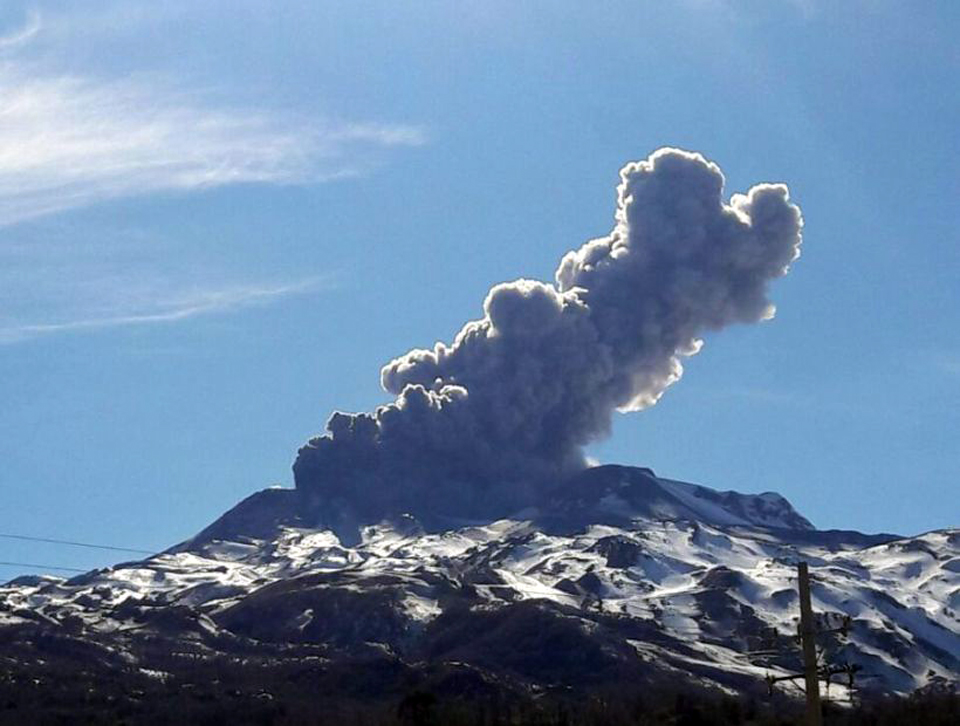 OBSERVATIONS:
The explosion was associated with the recording of a seismic signal having a reduced displacement value (seismic energy) of 599 cm 2 considered high. Since the IP camera installed by the OVDAS, it has been possible to observe an incandescence associated with emissions of gas and particulate materials at high temperatures, falling on the surroundings of the active crater. The preceding events make it possible to envisage a partial destruction of the dome located in the crater. At the time of this report, no other abnormal signals were recorded.

The San Cristobal volcano recorded a second explosion of gas and volcanic ash at 4:43 yesterday afternoon, which reached a height of 200 meters above the edge of the crater, which then headed west. 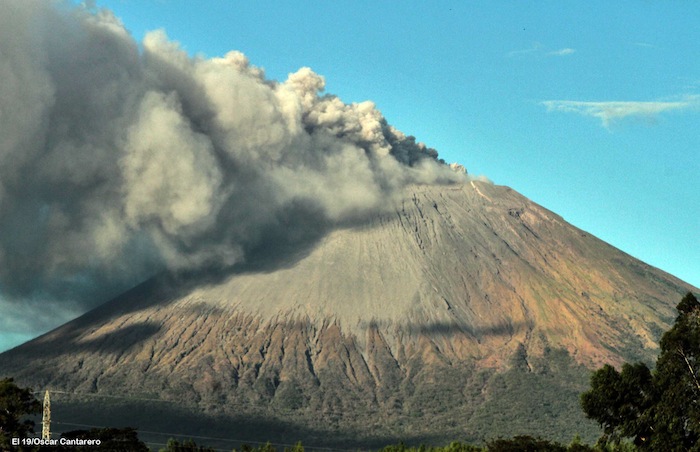 At this point, the real-time seismic amplitude (RSAM) oscillates between average values of 100 to 350 units. These current levels suggest that this volcano is unlikely to be more active. However, INETER continues to monitor San Cristóbal very closely.

THE Rabaul Volcano Observatory (RVO) has recorded continuous and ongoing small eruptions from the Manam volcano main crater following the eruption last week.
The RVO predicts the Manam volcano is still dynamic and volatile and therefore the potential for further eruptive activity in the future is still high with a risk level of stage two.

RVO said the probability for mudflows occurring from the ash and scoria deposits and the current wet weather is high so people should remain alert during times of rain.
This is the fourth series of eruption since the Manam volcano displaced the people on August 25 last year, October 1 and December 8 in 2018 and on January 8 this year. 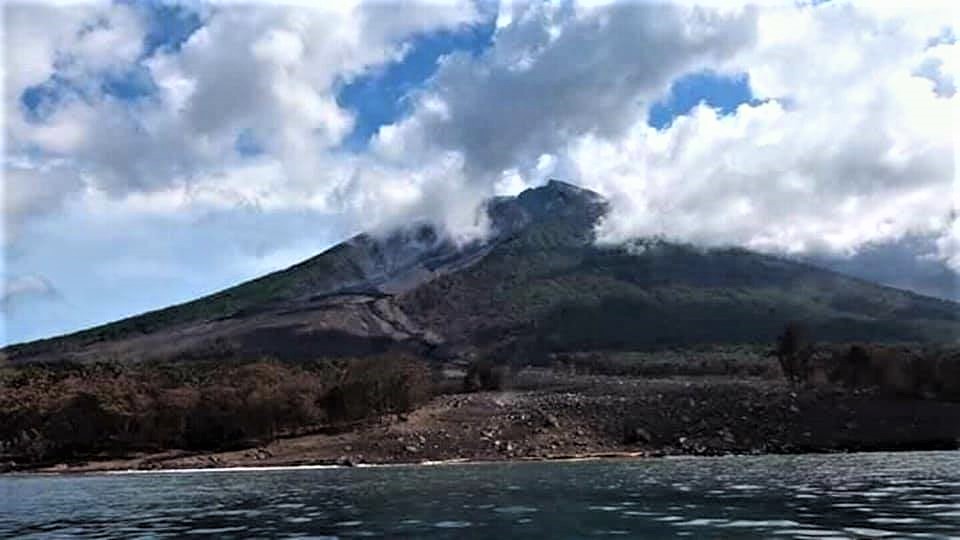 The RVO said it received reports that the eruption produced lava flow and channeled it into the northeast valley. The eruption also produced short intermittent periods of scoria fall between Warisi and Abaria villages earlier in the week on the southeast side of the island.
THE RVO said communication problems to Manam Island have hindered further reports.
The RVO also said moderate to strong North West winds as well as ash fall is affecting the area.
The Southeast side of the island is mainly affected by scoria fall, the biggest scoria is about the diameter of a 10 toea coin.
The level of exposure from the ash is low to moderate according to RVO.
RVO said there was no ground deformation at the time of recording of the recent eruptions and no casualties have been reported.
People are also advised to avoid venturing or doing activities in the four main valleys for prolonged periods.

RVO will continue to monitor the activity and provide updates.

In the last 24 hours, thanks to the monitoring systems of the Popocatépetl volcano, 225 exhalations have been identified, the most important ones being recorded today at 07:42, an approximate height of 800 m, which have been dispersed towards North -Is. In addition, two volcano-tectonic events were recorded today at 07:09 and 07:49, with a preliminary magnitude of M2,0 and M1,7 respectively. In addition, 9 minutes of harmonic tremor of low amplitude were recorded. During the night, no incandescent was noted. 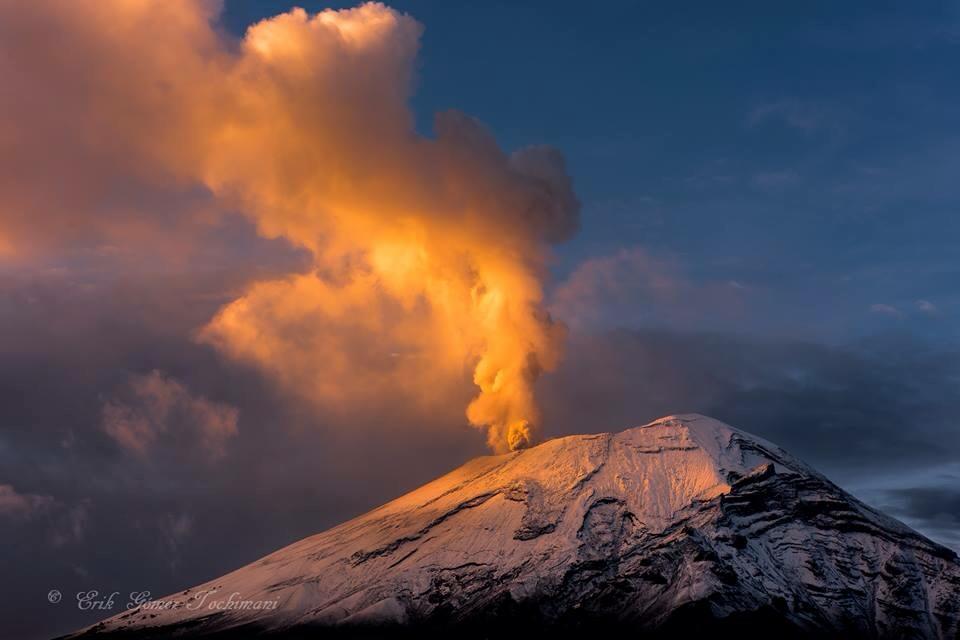 At the time of writing this report, visibility is partial and any emission will be scattered in the Northeast direction. 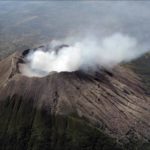