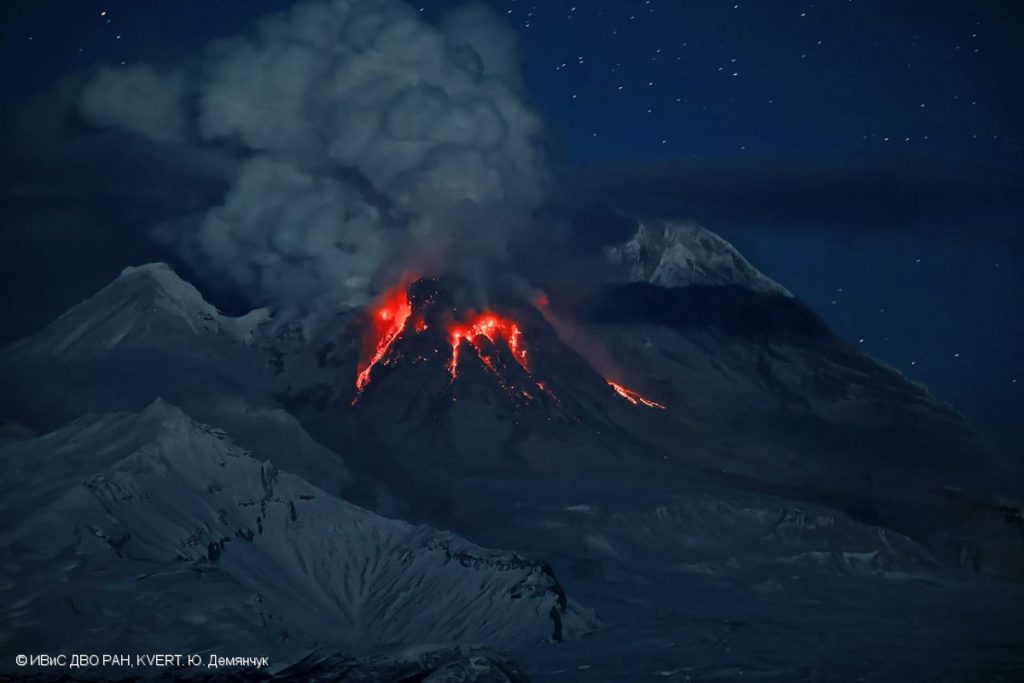 A growth of the lava dome continues, a strong fumarole activity, an incandescence of the lava dome, explosions, and hot avalanches accompanies this process. Satellite data by KVERT showed a thermal anomaly over the volcano all week; gas-steam plumes containing some amount of ash extended for 90 km to the southwest, south, and north-east of the volcano on 26-29 December.

An eruption of G. Semeru occurred on Monday, December 19, 2022, at 3:58 p.m. WIB. The height of the eruptive column was observed at ± 1500 m above the summit (± 5176 m above sea level). The ash column was observed to be gray to brown with a thick intensity, oriented to the North and North-East. The eruption was recorded on a seismograph with a maximum amplitude of 22 mm and a duration of 100 seconds. 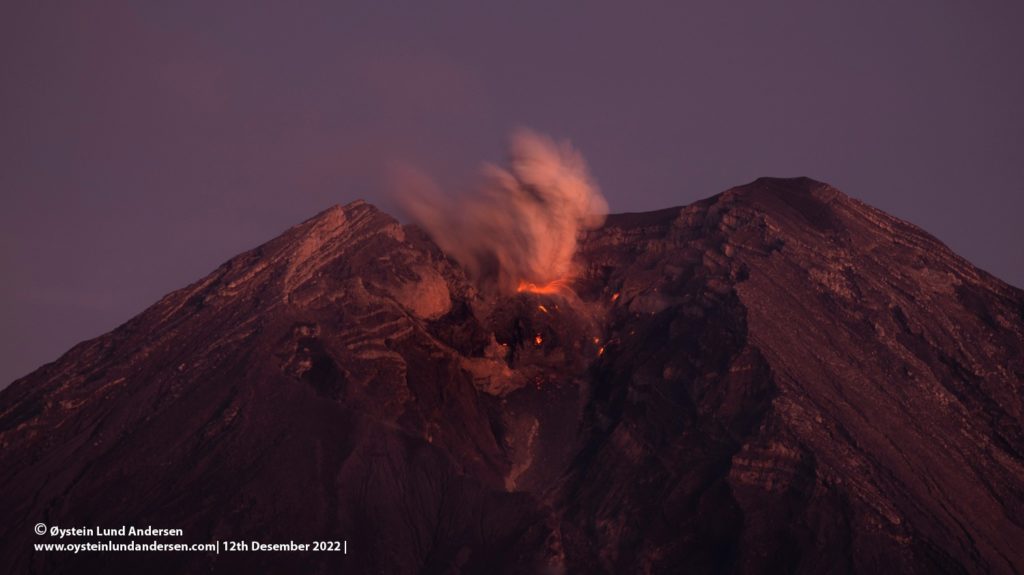 Volcanic Cloud Height :
Best estimate of ash-cloud top is around 13683 FT (4276 M) above sea level or 1920 FT (600 M) above summit. May be higher than what can be observed clearly. Source of height data: ground observer.

The seismological activity of the period was characterized by the recording of:
45 VT-type seismic events, associated with rock fracturing (Volcano-Tectonics). The most energetic earthquake presented a value of local magnitude (ML) equal to 1.8, located 1.0 km south-south-east of the volcanic edifice, at a depth of 3.6 km in reference to the crater.
135 LP-type seismic events, associated with fluid dynamics within the volcanic system (Long Period). The most energetic earthquake presented a Reduced Displacement (DR) value of 320 cm2 (associated with the eruptive impulse of 10/12).
16 seismic events of the TR type, associated with the dynamics maintained over time of the fluids within the volcanic system (TRemor). The size of the largest earthquake assessed from the Reduced Displacement (DR) parameter was equal to 75 cm2. 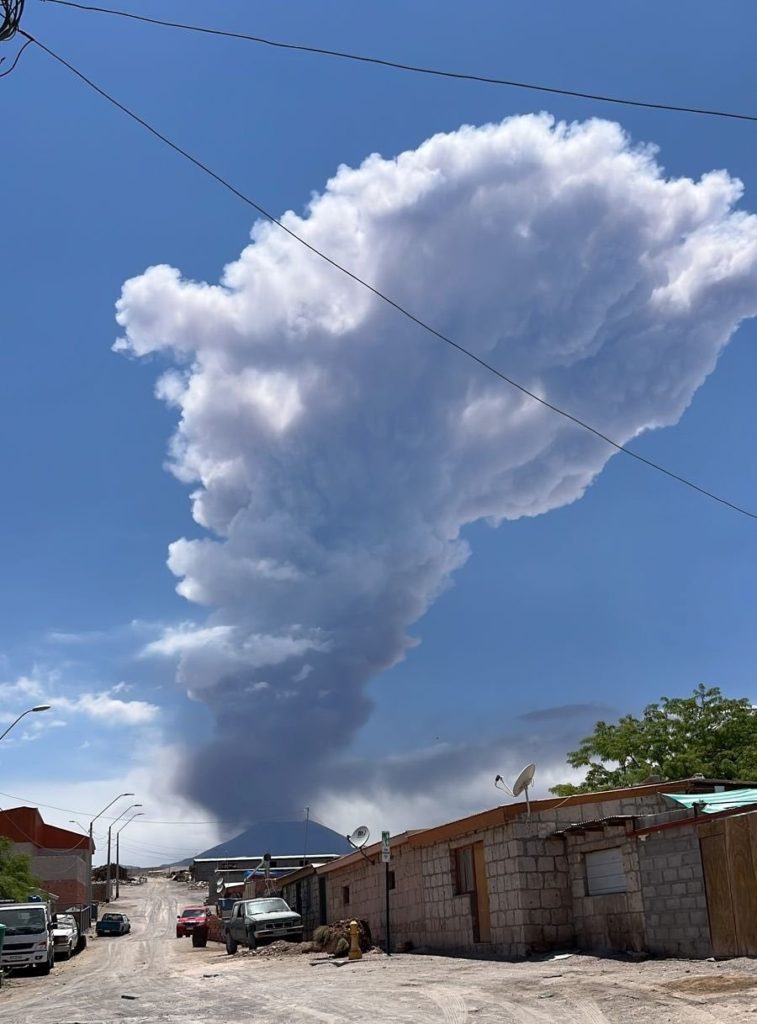 Fluid Geochemistry
The sulfur dioxide (SO2) emission data obtained by the Differential Absorption Optical Spectroscopy (DOAS) equipment, corresponding to the Emú station, located 6 km in an East-South-East (ESE) direction from the active crater, presented an average value of 285 ± 46 t / d, with a maximum daily value of 869 t / d on December 17. The average SO2 reported for this period is lower than that reported for the previous period and is within the values considered normal for this volcano.
On the day of the eruptive impulse (December 10), the flow of SO2 was 455 t/d, a value which may be underestimated due to the direction of the prevailing wind towards the South-West that day.
Eight anomalies of sulfur dioxide (SO2) emissions in the atmosphere were reported in the area close to the volcano, according to data published by the Tropospheric Monitoring Instrument (TROPOMI), on 3, 4, 5, 6, 8, December 9, 10 and 13.

Satellite thermal anomalies
10 thermal alerts were recorded in the area associated with the volcanic edifice during the period, with a maximum volcanic radiative power (VRP) of 4 MW on December 1, a value considered low according to the data processed by the Observation Mid-Infrared of Volcanic Activity (MIROVA).

Geodesy
According to the data obtained from three (3) GNSS stations that monitor the volcano, it can be verified that after a period of shortening of the monitoring line by 2.2 cm recorded between August and October 2022, during the two last months, said line has recovered by 1.3 cm in the period preceding the eruptive pulse of December 10, manifesting only at the date of this report, trend variations associated with anomalous deformation after the event eruptive. 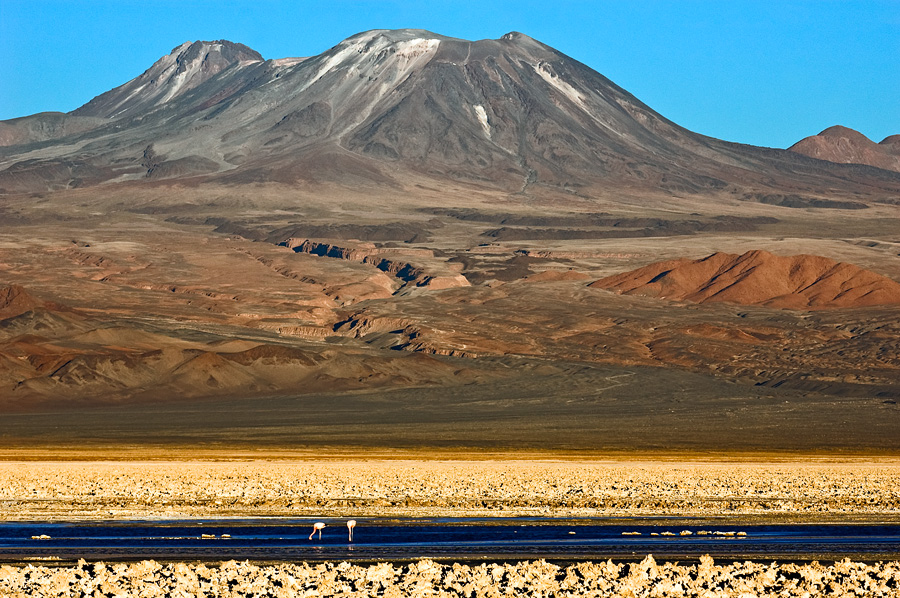 Surveillance cameras
On December 10, an untimely explosive event occurred characterized by the appearance of an eruptive column with a strong pyroclastic charge exceeding the limit of the surveillance camera (>2450 meters). By corroborating this with GOES satellite images, it was possible to estimate an approximate height of 6 km above crater level and a dispersion to the southwest of the building. On the other hand, the northern slope of the volcano was affected by a possible pyroclastic wave with a high gas content and less solids. Before and after the occurrence of this event, the surface activity was characterized by passive degassing with a predominance of water vapor and gas, with columns that varied between 20 and 880 meters above the level of the crater, with nocturnal incandescences recorded which did not exceed 640 meters above. the level of the crater.

The eruptive pulse was classified as the most energetic and the one that generated the highest eruptive column (about 6000 meters above crater level). After its appearance, the seismic energy gradually decreased as well as the surface activity, remaining with gas emissions at low altitude with generation of nocturnal incandescence. Depending on the characteristics of the recorded event, possible further increases in its surface activity are not excluded.

Therefore, the technical alert is maintained at: YELLOW TECHNICAL ALERT: Changes in behavior of volcanic activity

Gradual increase in the surface and internal activity of the Cotopaxi volcano:

On October 21 at 7:44 p.m. TL, the seismic stations installed on the flanks of the Cotopaxi volcano recorded a tremor seismic signal with a frequency of 2-8 Hz, long duration and low amplitude. This signal was accompanied by an emission of gas and ash, producing a moderate fall of this material towards the José Ribas Refuge. Since then, two ashfalls have been generated with greater magnitude, affecting up to 60 km from the volcano. These large-scale events occurred on November 26 and December 20 of this year. The ash clouds reached up to 2.2 km above the level of the crater and were directed mainly to the North-North-Uwest, which is why ashfall occurred in the townships of Mejía, Rumiñahui and Quito. In addition, the almost continuous emission of gas is observed from the crater of the volcano reaching a variable height between 200 and 2800 m. The seismicity and deformation parameters remain at moderate levels while the degassing is intense, both recorded by the network of permanent ground sensors of the Geophysical Institute of the National Polytechnic School and by satellite instruments. In addition, satellite instruments have detected thermal anomalies in the crater of the volcano which are becoming more and more frequent (last anomaly on December 22, 2022).

This volcanic reactivation has a magmatic origin evidenced by the large amounts of sulfur dioxide emitted into the atmosphere and by the high percentage of juvenile component in the collected ashes. Ash emissions are more and more frequent, but they have not yet reached the levels observed during the August-November 2015 eruption. The evolution of this activity in the medium term is uncertain, from fact of the very nature of volcanic phenomena. However, in the short term (days to weeks), the most likely scenario is for ash emissions to repeat and/or intensify without showing any warning signs, but without reaching the levels observed during the 2015 eruption. In this sense, it is important to maintain the monitoring system and continue the prevention and mitigation tasks related to the eruptive scenarios of the Cotopaxi volcano.

Images obtained during the flyby of December 19, 2022 provided by the Tucanes group of the FAE. Left photo: ash-covered crater of the Cotopaxi volcano. right: Corresponding thermal image that shows the highest temperatures inside the crater in lighter colors, whose values are considered underestimated due to the presence of gas

Satellite Thermal Anomalies:
Since October 21, the MIROVA, MOUNTS and FIRMS satellite systems have clearly detected thermal anomalies on the Cotopaxi volcano. In the latest Sen-tinel-2 images from December 17 and 22, 2022, a small hot spot is observed in the crater, below the gas emission. This hotspot has been observed repeatedly since 2015, but the frequency of observation has increased, with 7 anomalies in the last 2 months recorded by the aforementioned satellite systems.
Thanks to photographs collected during the overflight carried out on December 19, it was possible to verify the presence of ash covering the entire upper part of the volcano and part of the southern, southeastern and southwestern flanks. This volcanic material is the result of gas and ash emissions reported in recent days. Due to the continuous flow of gas, there were no direct observations of the inner part of the crater. On the other hand, through thermal images taken with a portable infrared camera, it was estimated that the highest temperatures are inside the crater with a value of 45°C, this value is underestimated because the upper part of the crater is full of gas. On the other hand, the temperatures of the external and internal fumarolic fields of the crater do not exceed 25 ° C. These temperature values ​​are within the ranges measured in the current eruptive period, that is to say since October 21, 2022. 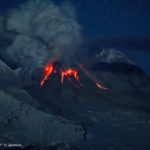 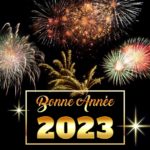