This serves as a notice of raising the status of Mayon Volcano from Alert Level 0 (Normal) to Alert Level 1 (Low-Level Unrest).

Ground deformation observations from Global Positioning Systems (GPS), precise leveling (PL), electronic tilt and electronic distance meter (EDM) monitoring have tracked a slight short-term inflation of the volcano edifice, particularly on the northwestern and southeastern slopes, since April 2022. In contrast, the latest measured SO2 emission on 12 August 2022 averaged 688 t/d, near baseline levels. Short-lived spikes in the number of low-frequency volcanic earthquakes were recorded on 26 May and 20 June 2022, but for most of this year, only baseline seismic activity has been detected. These observation parameters indicate that volcanic gas-induced pressurization at the shallow depths of the edifice may be occurring, causing the summit dome of Mayon to be pushed out.

In view of the above, PHIVOLCS-DOST is now raising the alert status of Mayon from Alert Level 0 to Alert Level 1. This means that the volcano is exhibiting abnormal conditions and has entered a period of unrest. The public is reminded that entry into the 6-km Permanent Danger Zone or PDZ must be strictly avoided due to an increase in the chances of sudden steam-driven or phreatic eruption, as well as the perennial hazards of rockfalls, avalanches and ash bursts at the summit area, that may occur without warning. Furthermore, people living in valleys and active river channels are cautioned to remain vigilant against sediment-laden streamflows and lahars in the event of prolonged and heavy rainfall brought about by the advent of the rainy season.

PHIVOLCS-DOST is closely monitoring Mayon Volcano’s activity and any new development will be immediately communicated to all concerned.

Volcanic Activity Summary:
A short-lived explosion occured at 1:47 PM AKDT (21:47 UTC) today that produced ash emissions observed in local webcams. Ash emissions ceased by 2:16 PM AKDT (22:16 UTC). The ash plume was not visible above the meteorological clouds in satellite images, thus was below 20,000 ft. (6 km) above sea level. This event is similar to eruptive activity observed over the last year at Semisopochnoi, but not since June 12. The Aviation Color Code and Volcano Alert Level are being raised to ORANGE/WATCH. 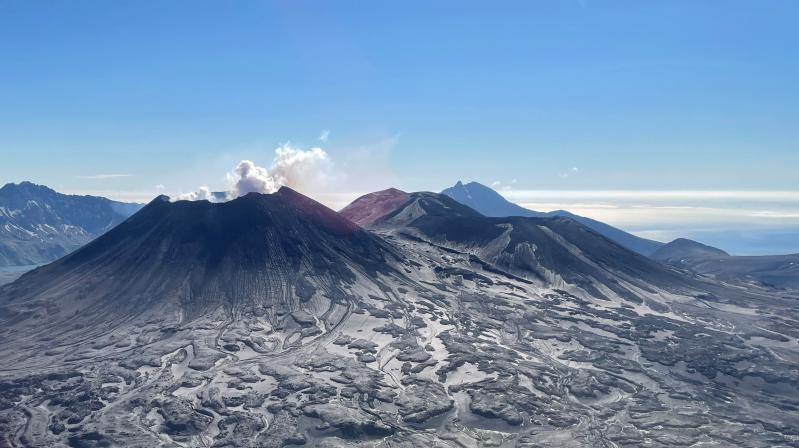 The Icelandic Meteorological Office is not ready to officially declare the end of the eruption, but all turbulence from the eruption has subsided. The unrest subsided completely in Meradalur last night after seeing a steady decline for the past few days. Along with that, it looks like all the glow has disappeared from the crater this morning, says the Southern Volcanoes and Natural Hazards Group. It also indicates that the degassing of the crater is visibly much less than yesterday and that the vent is therefore probably closed. 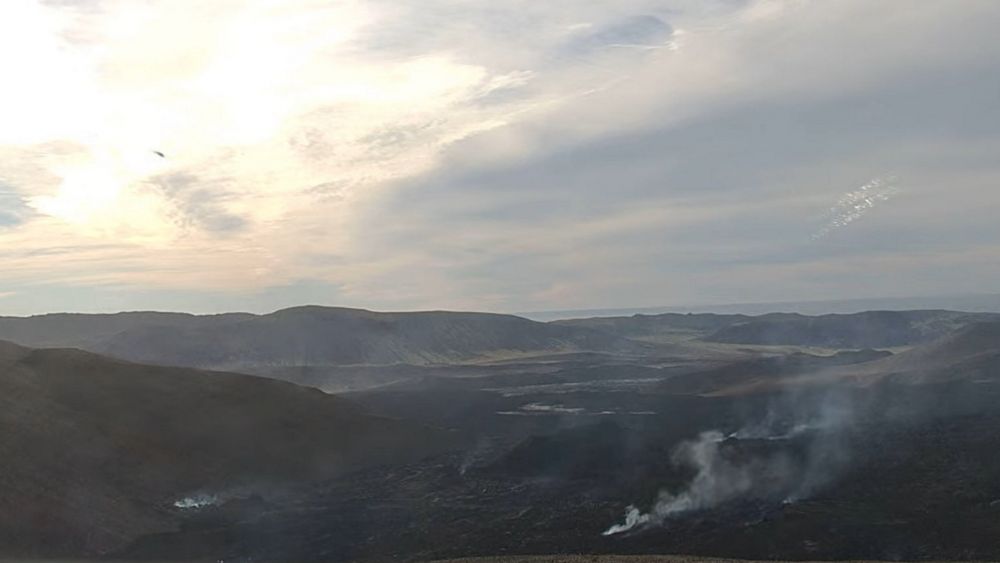 Sigríður Magnea Óskarsdóttir, a nature scientist at the Icelandic Meteorological Office, is not ready to say that the eruption is over. « Yes, that’s the big question, and no, there’s still some activity in the crater and it’s bubbling, but that’s not the magma jet activity that we’ve seen over the past few days and weeks since the eruption started, but late yesterday the unrest started to subside and now it’s completely calm. »

Since the earthquake of 07/25/2022, 2,485 events have been located in the Chiles-Cerro Negro volcanic complex. The following table shows the total number of earthquakes at reference station CHL1, in the last 24 hours. The largest earthquake in the area was recorded at 7:22 p.m. TL and was 4.2 Mlv with a depth of 1.1 km. (green star). 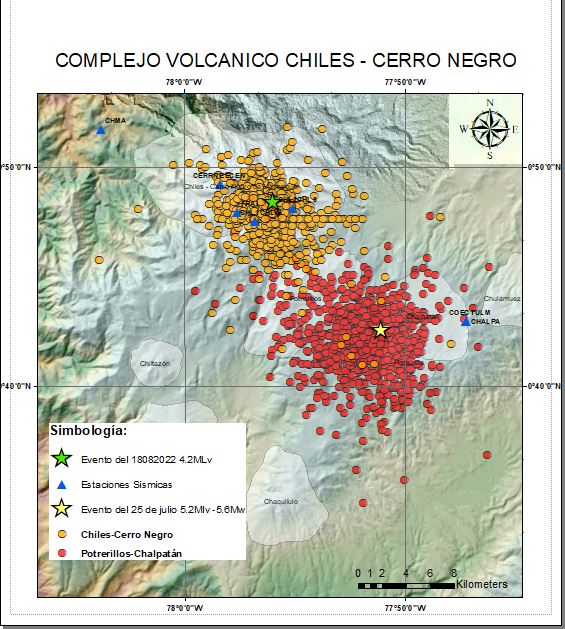 Seismicity at Potrerillos-Chalpatán:
After the earthquake of magnitude 5.2 MLv (5.6 Mw) which occurred on 07/25/2022, in the Potrerillos-Chalpatán region, located about 15 km southeast of the Chiles-Cerro Negro volcanic complex, 932 earthquakes with magnitudes between 1.1 to 5.2 Mlv were located less than 10 km deep in the epicentral area.

Observation:
Most of the time the volcano remained cloudy. 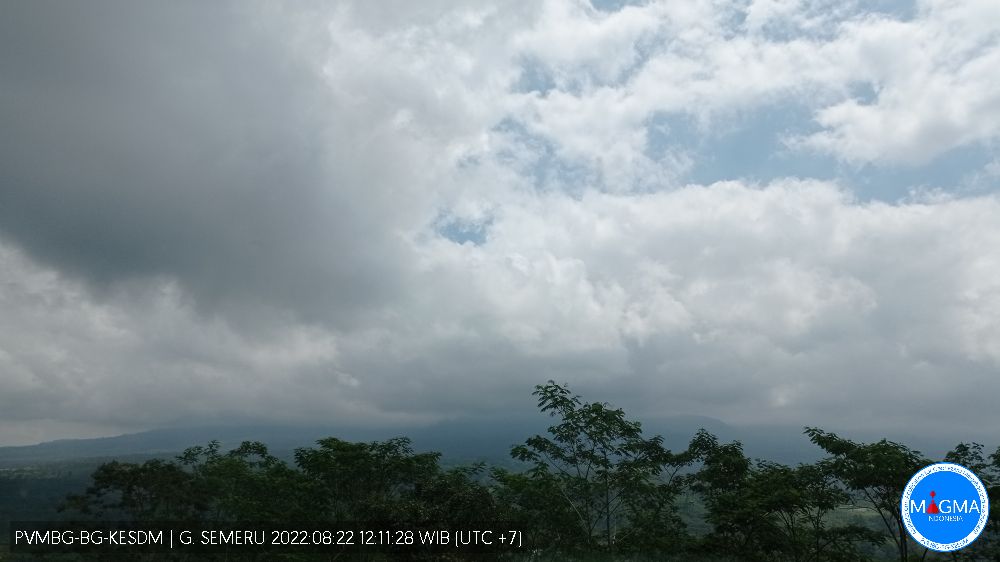 During the past 24 hours, thanks to the monitoring systems of the Popocatépetl volcano, 42 low intensity exhalations have been detected, accompanied by water vapor, volcanic gases and sometimes slight amounts of ash. In addition, nine minutes of low amplitude tremor were recorded. 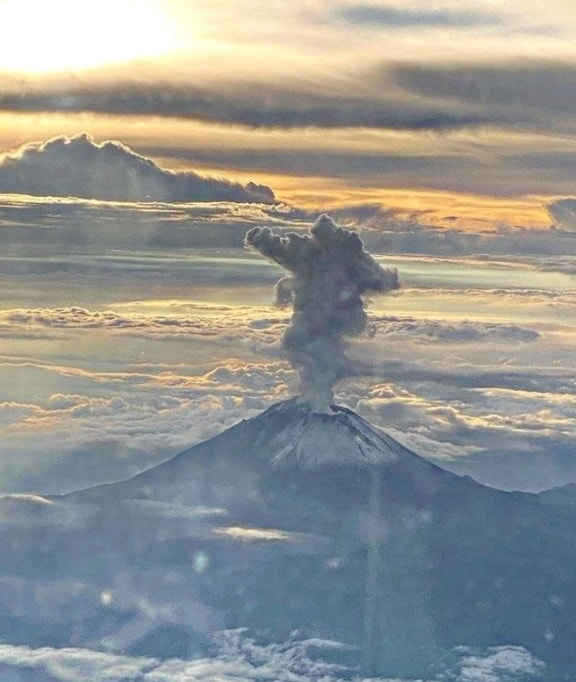 At the time of this report, there is no visibility due to clouds. However, in the previous hours, a continuous emission of water vapor and gas with the North-West direction was observed.

The Popocatépetl Volcanic Warning Light is in YELLOW PHASE 2. 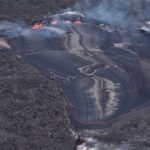