This week, 43 lava avalanches were observed in a dominant South-West direction towards the Bebeng River with a maximum slip distance of 2,000 m. For the Southwest dome, there is no change in the height of the dome. For the central dome, no significant morphological change was observed. According to photo analysis, the volume of the Southwest lava dome is 1,645,000 m3 and that of the central dome is 2,582,000 m3. 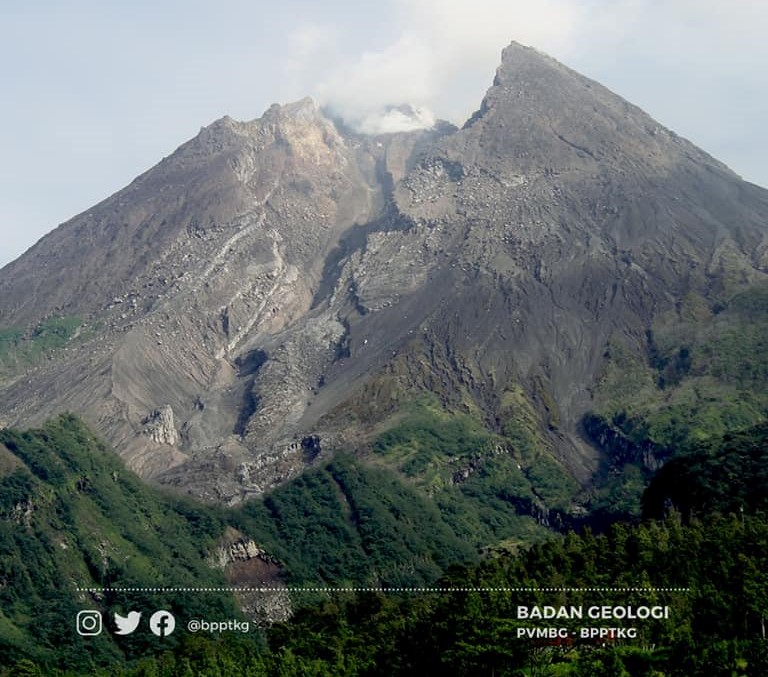 The intensity of seismicity this week is still quite high.

Mount Merapi’s deformation, which was monitored using EDM this week, showed a distance shortening rate of 0.2 cm/day. Rainfall intensity was 36 mm/hour for 10 minutes at Kaliurang Post on July 13, 2022. There were no reports of lahars or additional flow in the rivers that originate at Mount Merapi.

Upgrades to a satellite telemetry link have improved transmission of local monitoring data from the Little Sitkin and Semisopochnoi volcano networks. After an extended evaluation period following the 2021 field season, the Alaska Volcano Observatory (AVO) now considers the telemetry link sufficiently reliable to confidently monitor seismic unrest at these volcanoes. With the establishment of robust data transmission, Little Sitkin volcano is being moved from UNASSIGNED to a Volcano Alert Level of NORMAL and an Aviation Color Code of GREEN. Semisopochnoi volcano remains in an elevated state of unrest with a Volcano Alert Level of ADVISORY and Aviation Color Code YELLOW. 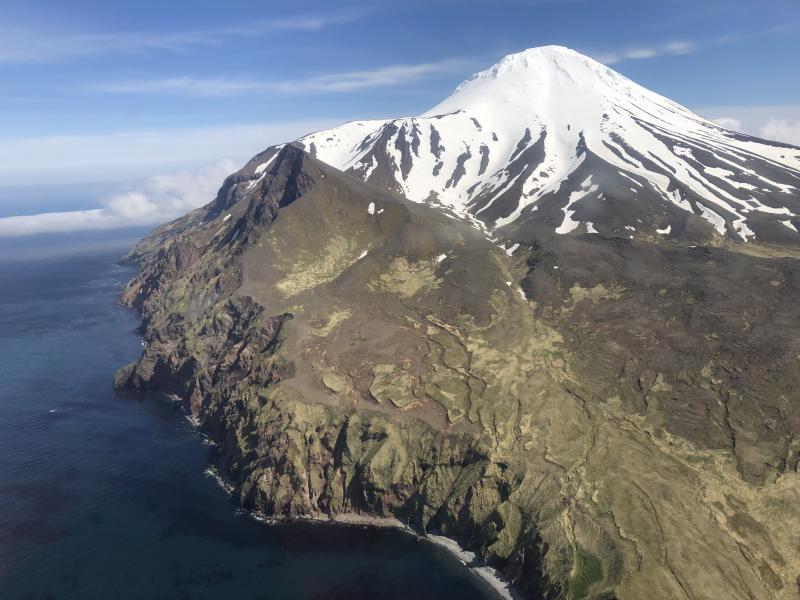 Little Sitkin, north side of island

The Avation Color Code and Alert Level changed from UNASSIGNED to GREEN/NORMAL due to an upgraded communication link to instrumental monitoring data.
Little Sitkin is monitored by local seismic and infrasound sensors, satellite data, web cameras, and remote infrasound and lightning networks. 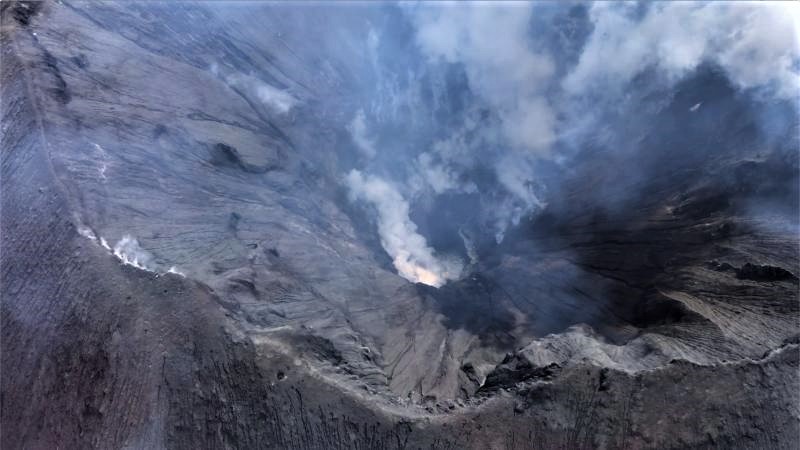 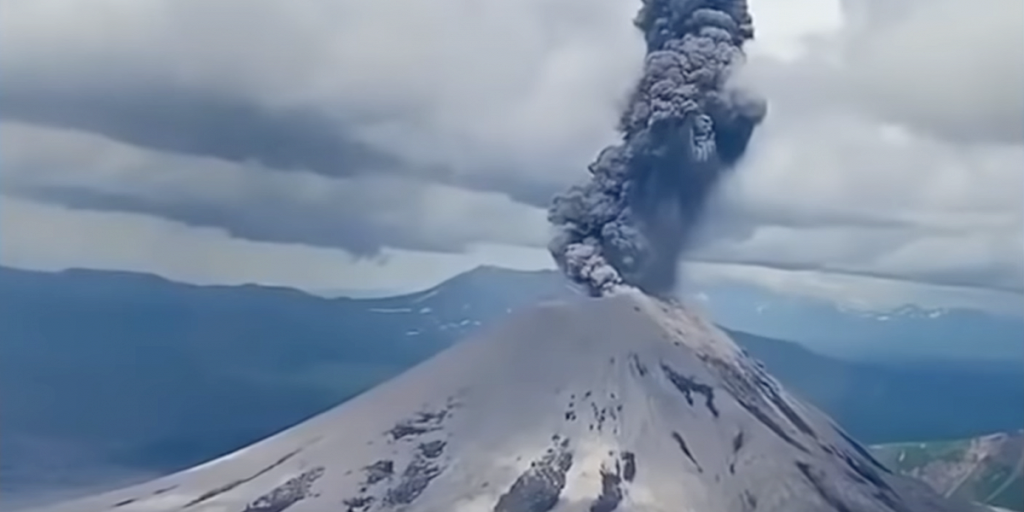 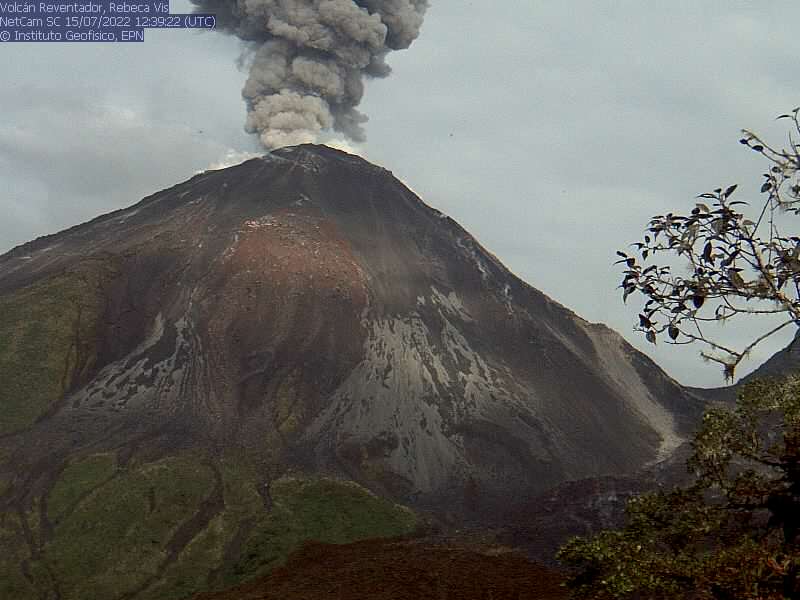 Emission / ash column:
At the end of the afternoon yesterday the volcano was clear, ash emissions were observed 800 meters above the level of the crater in a southwest direction. Today morning the weather was clear and several emissions of vapors, gases and ashes higher than 1000 meters above the summit towards the South-West could be observed. The Washington VAAC published 4 reports of ash emission at a height of 988 meters in a south and southwest direction.

Other Monitoring Parameters:
In the past 24 hours, there have been no thermal alerts for the Reventador.

Observation:
At night and early in the morning, an incandescence could be observed in the crater, with the rolling of blocks up to 500 meters below the level of the crater on the East-South-East flank. For the moment the volcano is cloudy.

Between July 8, 2022 at 4 p.m. (UTC) and July 15, 2022 at 4 p.m. (UTC), the OVSM recorded at least one volcano-tectonic earthquake of magnitude less than 0.1. This low energy earthquake was located inside the volcanic edifice between 0.5 and 0.8 km deep below the surface. This superficial volcano-tectonic seismicity is associated with the formation of micro-fractures in the volcanic edifice. This earthquake was not felt by the population. 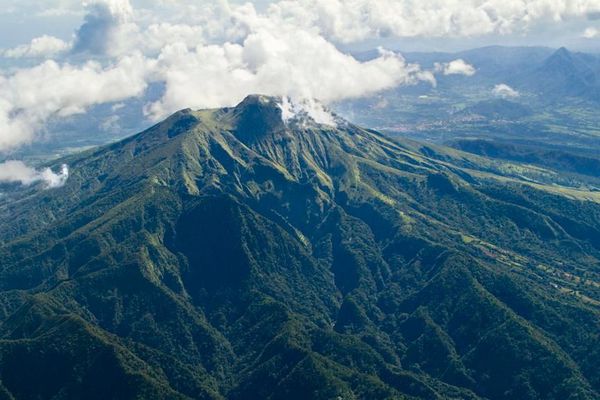 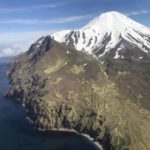