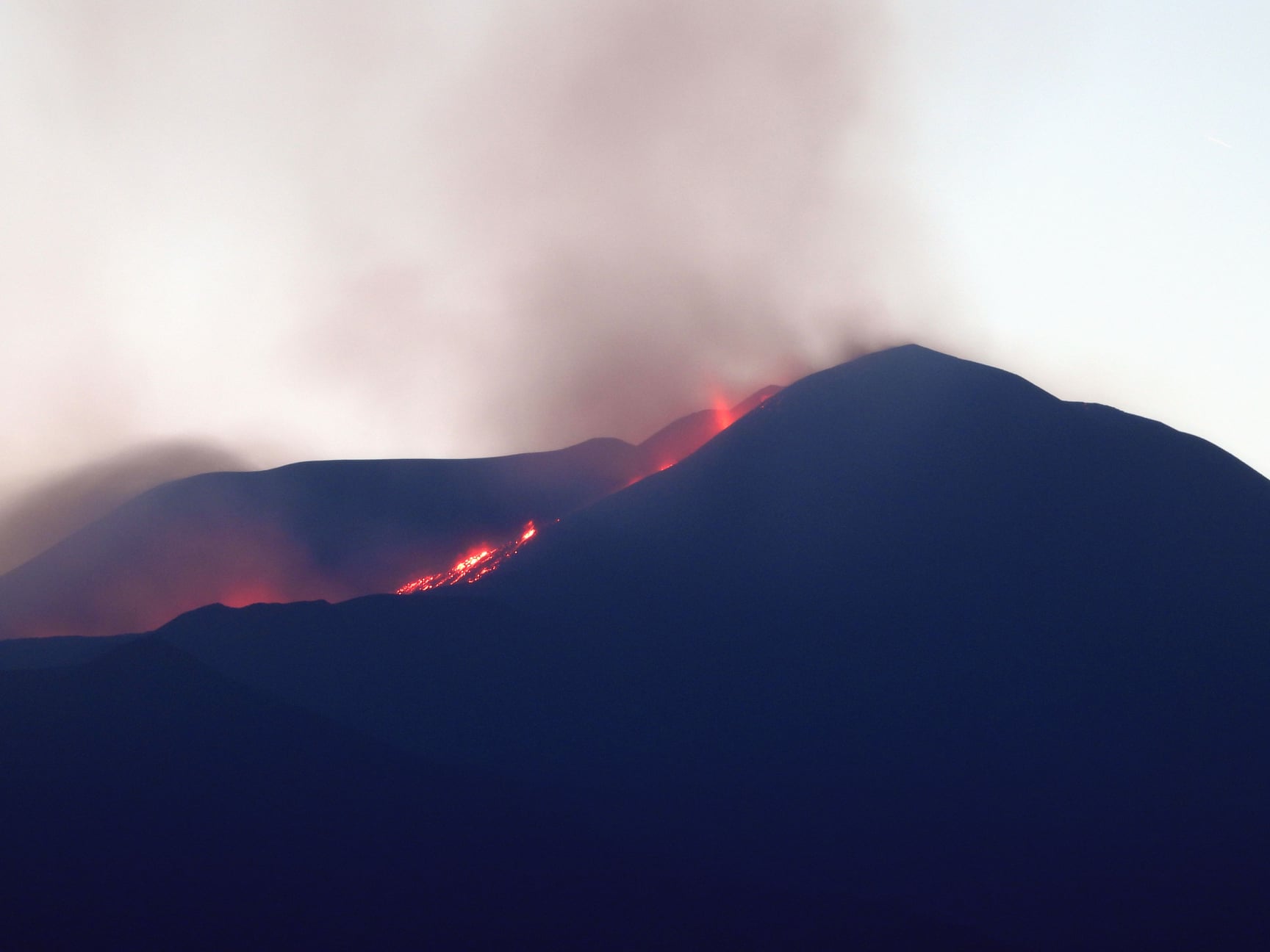 The National Institute of Geophysics and Volcanology, Osservatorio Etneo, reports that from around 08:00 UTC, a rapid increase in the mean amplitude values of the volcanic tremor was observed, which currently stands at an average level. The centroid of the volcanic tremor sources remains located in the area of the Southeast Crater at an altitude of about 3000 m. Infrasound activity continues to remain low and infrasound events are localized in the area of the Bocca Nuova crater. 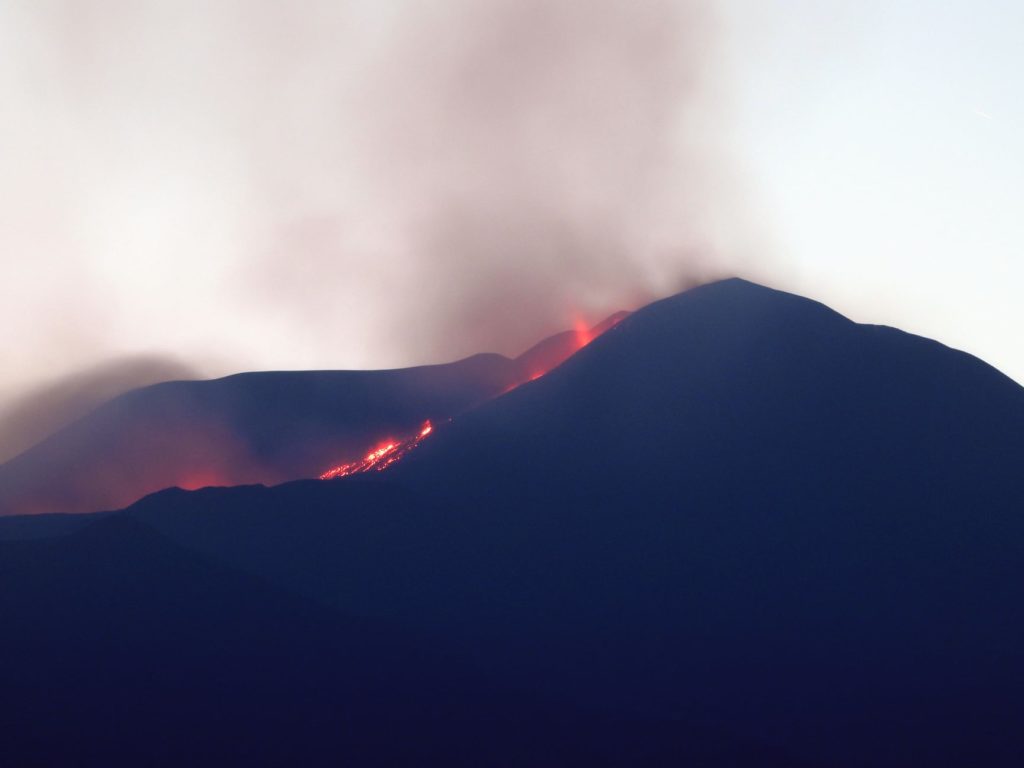 According to the analysis of the images of the surveillance cameras, on the surface no explosive activity is observed at the level of the Southeast Crater.
There is no significant variation in the time series of soil deformation monitoring stations.

Lava started to flow over the western protection wall in the southern Merardalur valley around 1:30 am this morning. The weather bureau’s camera noticed an increase in turbulence and gas emissions from the eruption this morning, and soon after, a flow was seen making its way down the observation hill and finally onto the West protection wall. 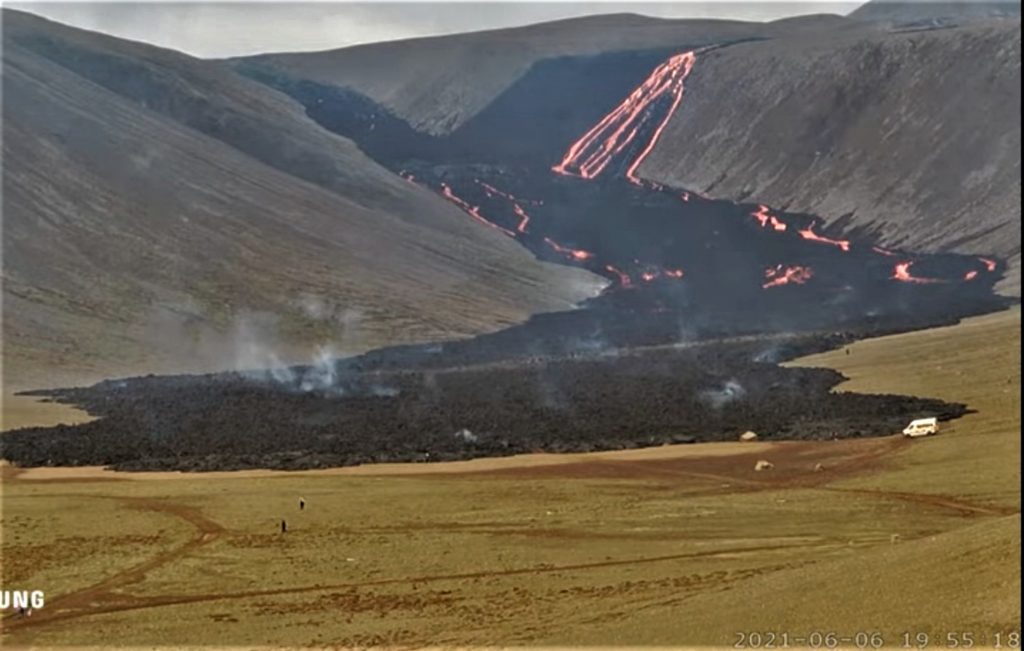 « It’s a rather beautiful flow that just keeps on going, » says Elísabet Pálmadóttir, nature conservation specialist at the Icelandic Meteorological Office. Experts had always expected it to start flowing over both fortifications, but the basins had certainly delayed the lava flow in Nátthaga. “But now it flows into Nátthaga from two places in the southern valleys of Merardalur,” she said. 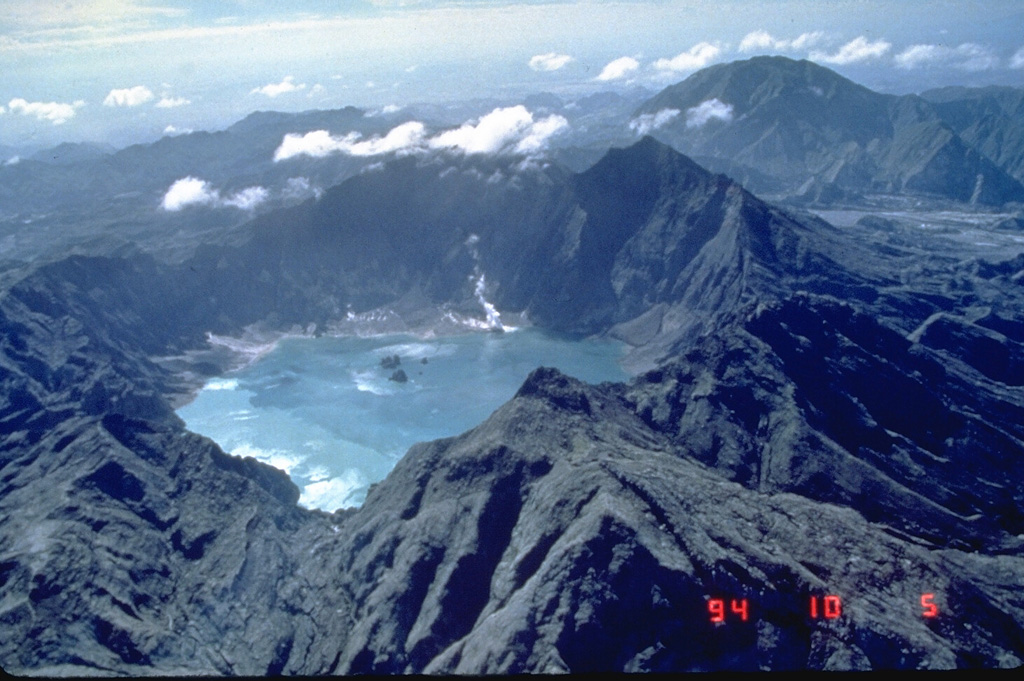 Alert Level 1 (Abnormal) prevails over Pinatubo Volcano, which means that there is low-level unrest that may be related to tectonic processes beneath its edifice and that no imminent eruption is foreseen. Entry into the Pinatubo Crater area must be conducted with extreme caution and should be avoided if possible. Communities and local government units surrounding Pinatubo are reminded to be always prepared for both earthquake and volcanic hazards and to review, prepare and strengthen their contingency, emergency and other disaster preparedness plans. DOST-

PHIVOLCS is closely monitoring the volcano’s condition and any new development will be relayed to all concerned.

Level of activity at Level II (WASPADA). Mount Semeru (3,676 m above sea level) erupts intermittently. There are explosive and effusive eruptions, producing lava flows towards the southern and south-eastern slopes, as well as ejections of incandescent rocks around the summit crater. The last eruption took place on May 14, 2021, the height of the eruption column was not observed.
The volcano is clearly visible until it is covered in fog. The eruption column observed at 400 m was white and gray, oriented towards the south. The weather is sunny to cloudy, the wind is weak in the North, North-East and South.

According to the seismographs of June 6, 2021, it was recorded:
42 eruption / explosion earthquakes
6 emissions earthquakes
1 distant tectonic earthquake 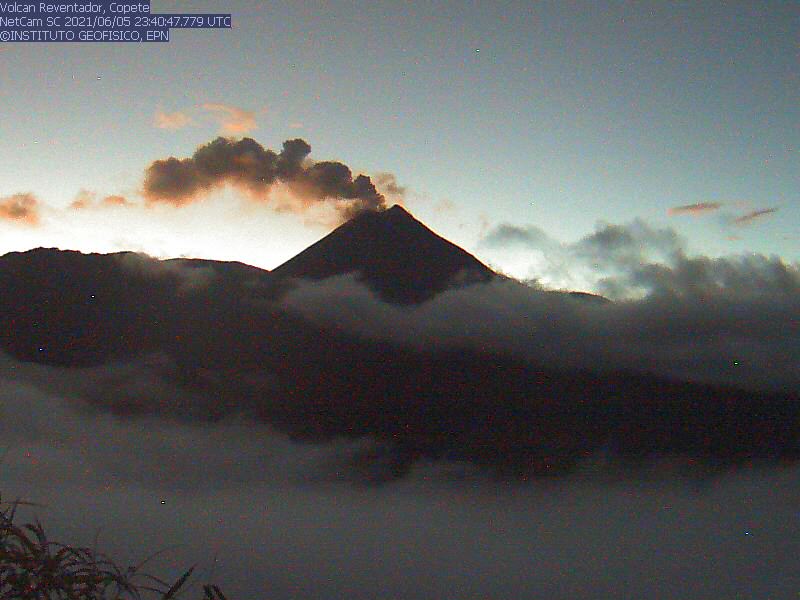 Emission / ash column: In the afternoon of yesterday, an emission of gas and ash was observed with a height greater than 400 meters in a westerly direction. Additionally, the Washington VAAC reported two gas and ash emissions with a height of 688 meters and a westbound direction.

Other monitoring parameters: FIRMS logs 6 thermal alerts on the Reventador in the last 24 hours.

Observations: An incandescence was observed at the level of the crater last night, the area was clear and the advance of two lava flows on the South-East and North-East flanks was observed. The bulge on the north summit of the volcano persists. 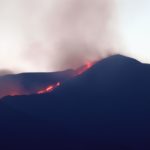 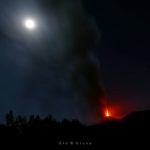