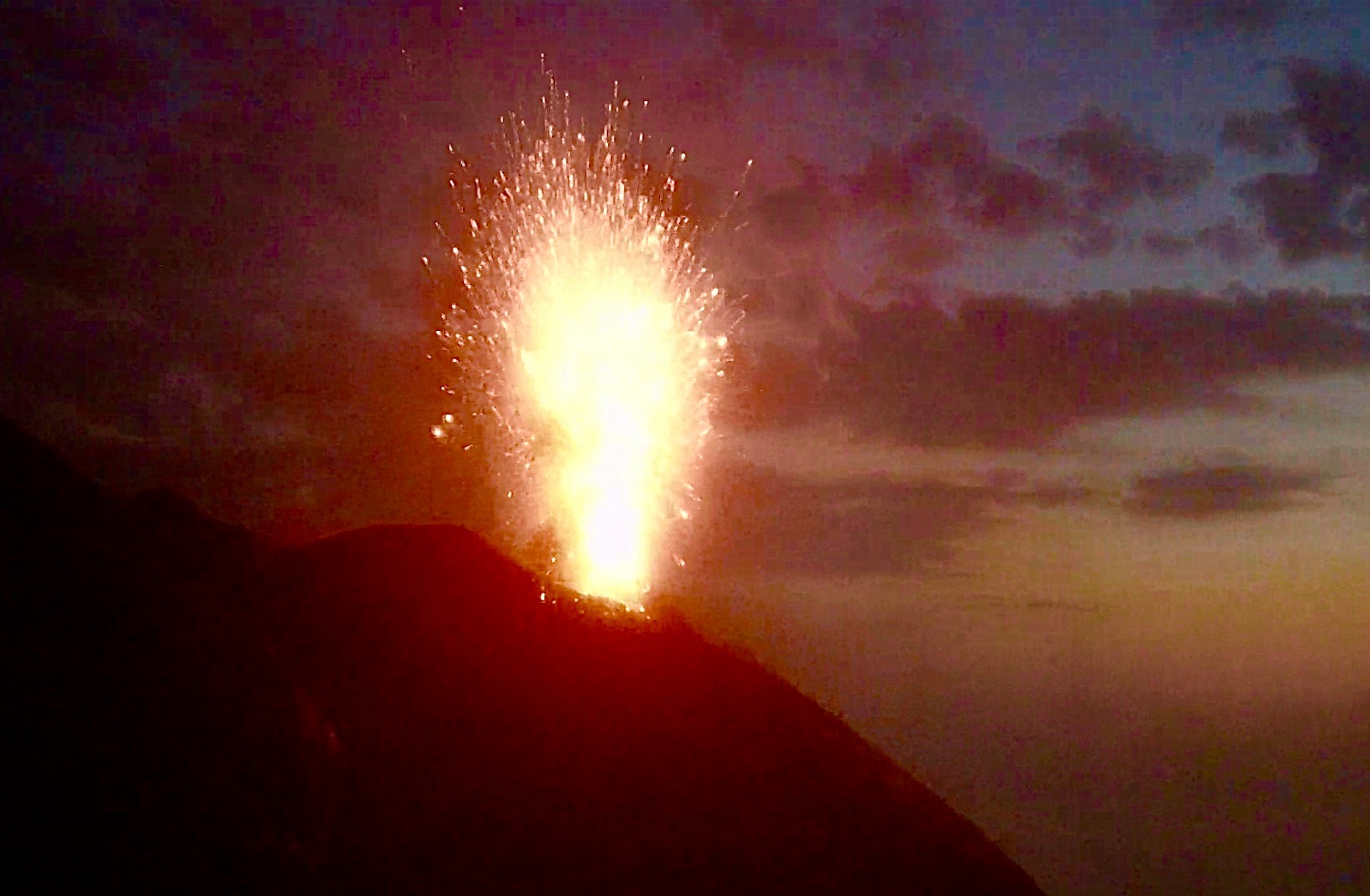 In light of the monitoring data, it is underlined:
1) VOLCANOLOGICAL OBSERVATIONS: During this period, a normal Strombolian type explosive activity was observed, accompanied by degassing and splashing activities. The total hourly frequency of explosions fluctuated between medium-high values (16-19 events / h) with the exception of June 27 with 23 events / h (high value). The intensity of the explosions was variable, from low to high in the area of the North crater while in the area of the Center-South crater, it varied between low and medium.
2) SEISMOLOGY: The seismological parameters do not show significant variations.

4) DEFORMATIONS: The island’s soil deformation monitoring networks have not shown, during the last week, any significant variation to report.
5) GEOCHEMISTRY: The flow of SO2 is at an average level. The CO2 / SO2 value is low.
The isotopic values ​​of helium He from the last update (9/06/2020) are at an average level.
6) SATELLITE OBSERVATIONS: The thermal activity in the upper zone is at a medium-low level. 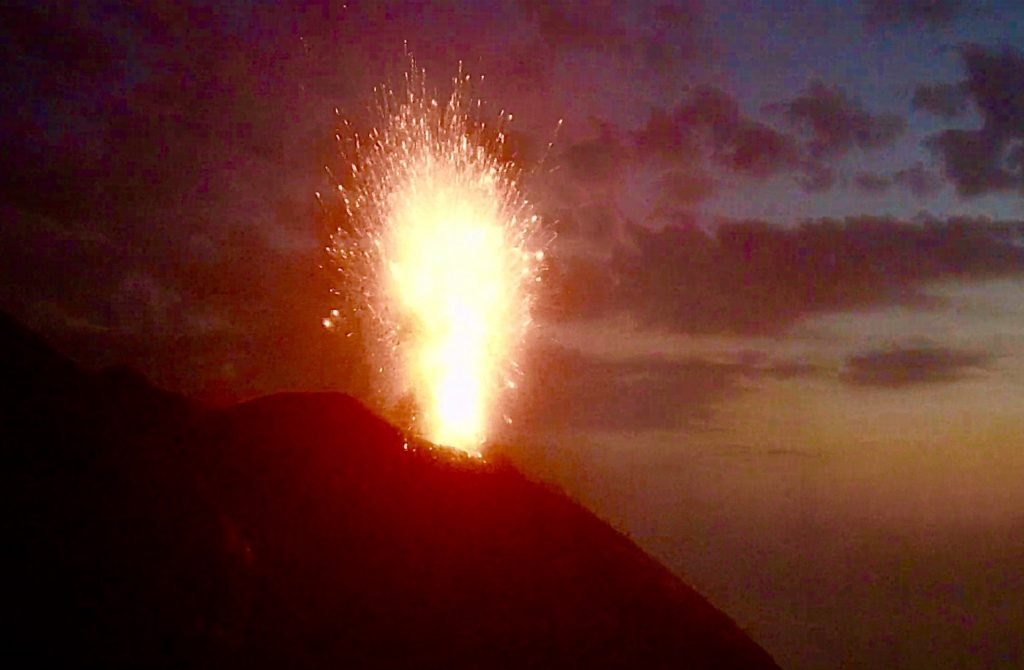 Seismicity:
In June 2020, the OVPF recorded at the level of the Piton de la Fournaise massif in total:
77 superficial volcano-tectonic earthquakes (0 to 2.5 km deep) under the summit craters;
5 deep earthquakes (2.5 to 5 km deep);
275 collapses (in the Crater Dolomieu and at the ramparts of the Enclosure Fouqué and the Rivière de l’Est).

The seismicity under the Piton de la Fournaise during the first fortnight of June 2020 remained low with, on average, less than one surface volcano-tectonic earthquake per day located below the summit zone.
However, from June 16, an increase in seismic activity was recorded with an average of 5 superficial volcano-tectonic earthquakes per day and a maximum of 11 events on June 24 located under the summit area.

Deformation:
In June 2020, the OVPF deformation measurement networks recorded a resumption of inflation (swelling) of the building around June 16. Thus between June 16 and 30 an elongation of about 2.5 cm max. of the summit area and an elongation of about 3.3 cm maximum from the base of the terminal cone were recorded. Numerical models of these deformations show the activation of a pressure source around 1.5 km deep under the Dolomieu crater, corresponding to the pressurization of the surface magmatic reservoir.

Balance sheet:
The resumption of seismicity and inflation since June 16, as well as the high fluxes of CO2 in the soil (despite a decreasing trend) are the witness of a resumption of pressurization of the surface magmatic reservoir and its refeeding by deep magmas since mid-June.

Recent work and news
June field work in Yellowstone National Park involved maintenance of monitoring sites, including river monitoring stations, which track water levels and even water chemistry related to thermal input from Yellowstone’s hydrothermal system.
Speaking of thermal input, Steamboat Geyser continues to be active, with six water eruptions in the past month, on June 3, 8, 12, 18, 23, and 29. This brings the total number of eruptions for the year to 23. 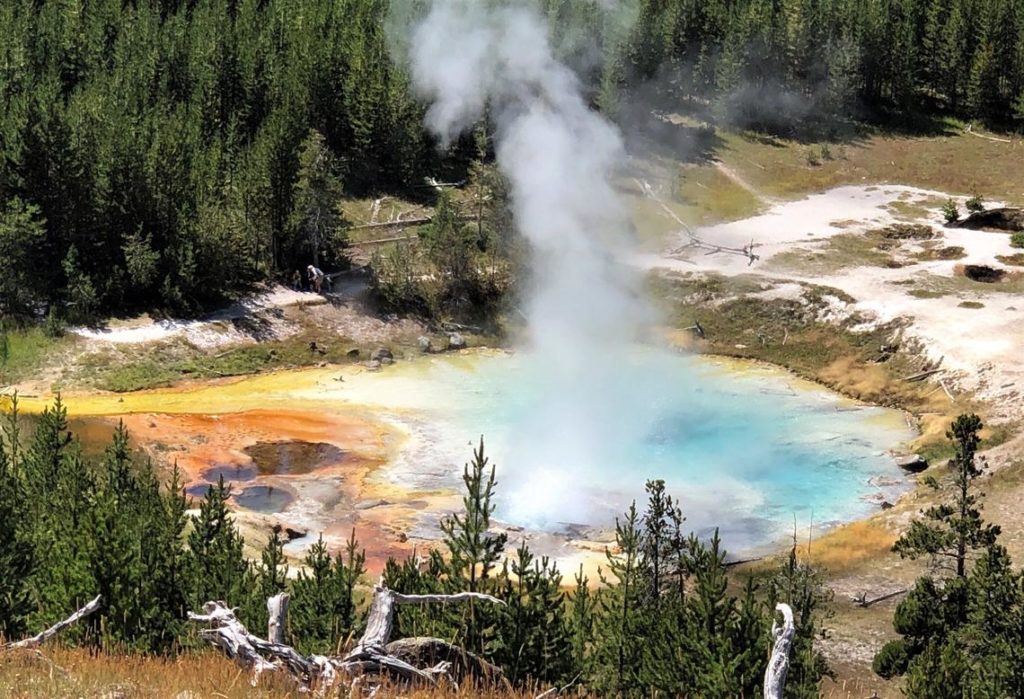 Ground deformation
The overall deformation style and rate at Yellowstone remains largely unchanged since the last update. Subsidence of Yellowstone caldera, which has been ongoing since 2015, continues at an average rate of 2–3 cm (about 1 in) per year. One GPS station on the Sour Creek resurgent dome, on the east side of the caldera, recorded no net deformation since early May, but this is probably related to seasonal fluctuations, as the same signal occurs at roughly the same time each year. In the area of Norris Geyser Basin, little deformation has been detected by a nearby GPS station since the start of 2020.

SERNAGEOMIN reported an increase in the rate of inflation in the vicinity of Nevados de Chillán’s Nicanor Crater beginning on 20 June. The lava dome in the crater that was visible in satellite images on 11 June (but described in previous reports) had increased in volume based on analysis of 23 June images, and lengthened on the E side. The estimated growth rate of 0.1-0.3 cubic meters per second is two orders of magnitude greater than growth of the Gil-Cruz dome measured during December 2018-early 2019 and one order of magnitude greater that dome growth during August-December 2019. 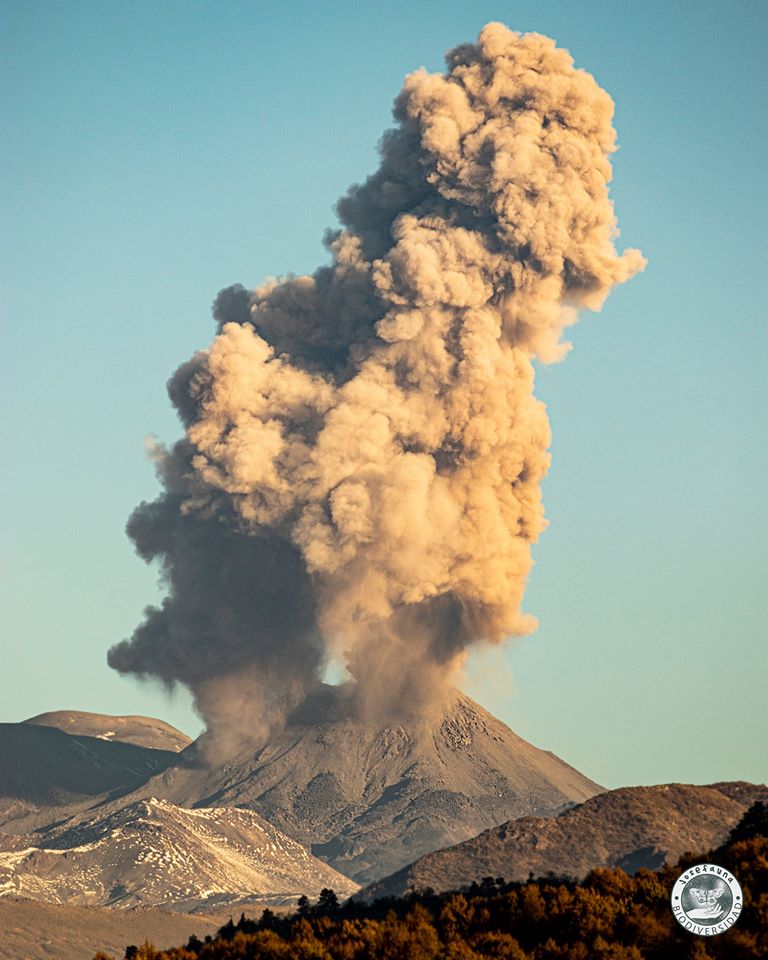 Occasional explosions continued to be recorded, with emissions rising to low heights, and nighttime crater incandescence was visible. The Alert Level remained at Yellow, the second lowest level on a four-color scale, and residents were reminded not to approach the crater within 3 km. ONEMI stated that the Alert Level Yellow (the middle level on a three-color scale) remained in place for the communities of Pinto and Coihueco, and that the public should stay at least 2 km away from the crater. 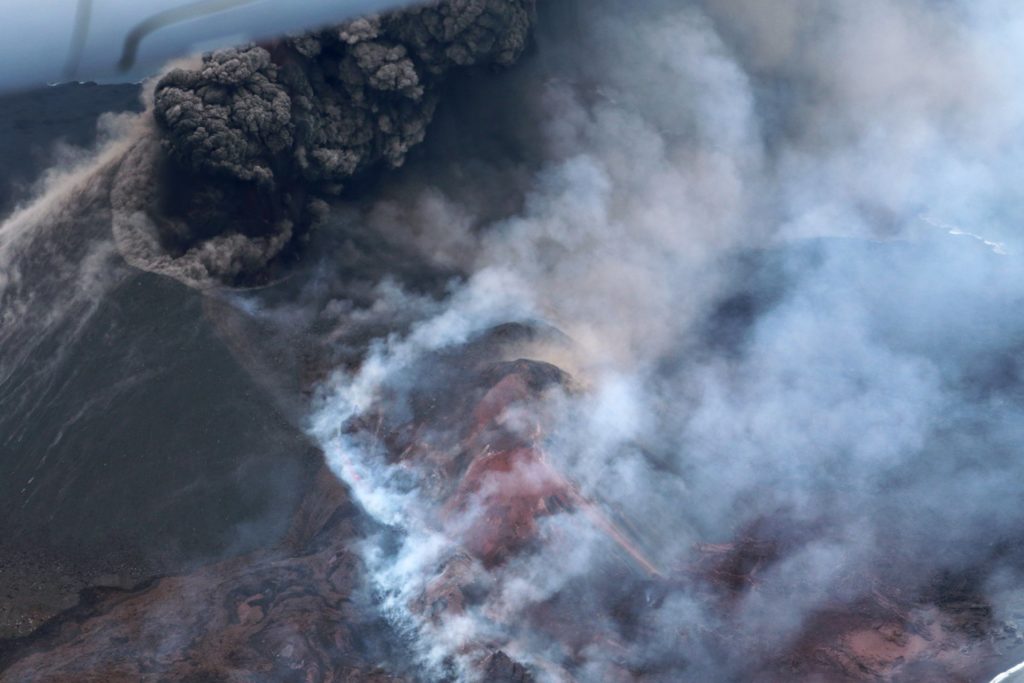 During an overflight of Nishinoshima on 29 June Japan Coast Guard observers noted black ash plumes vigorously rising from the central crater to more than 3.4 km (11,200 ft) a.s.l. A possible collapse of the SW part of the main crater was evident in photographs taken during the overflight. Strombolian explosions ejected lava above the cone and lava traveled SW, reaching the ocean and producing steam plumes. Discolored yellow-green water was visible as far as 1 km offshore. The marine exclusion zone was defined as a radius of about 2.6 km from the island. 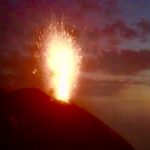 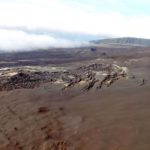