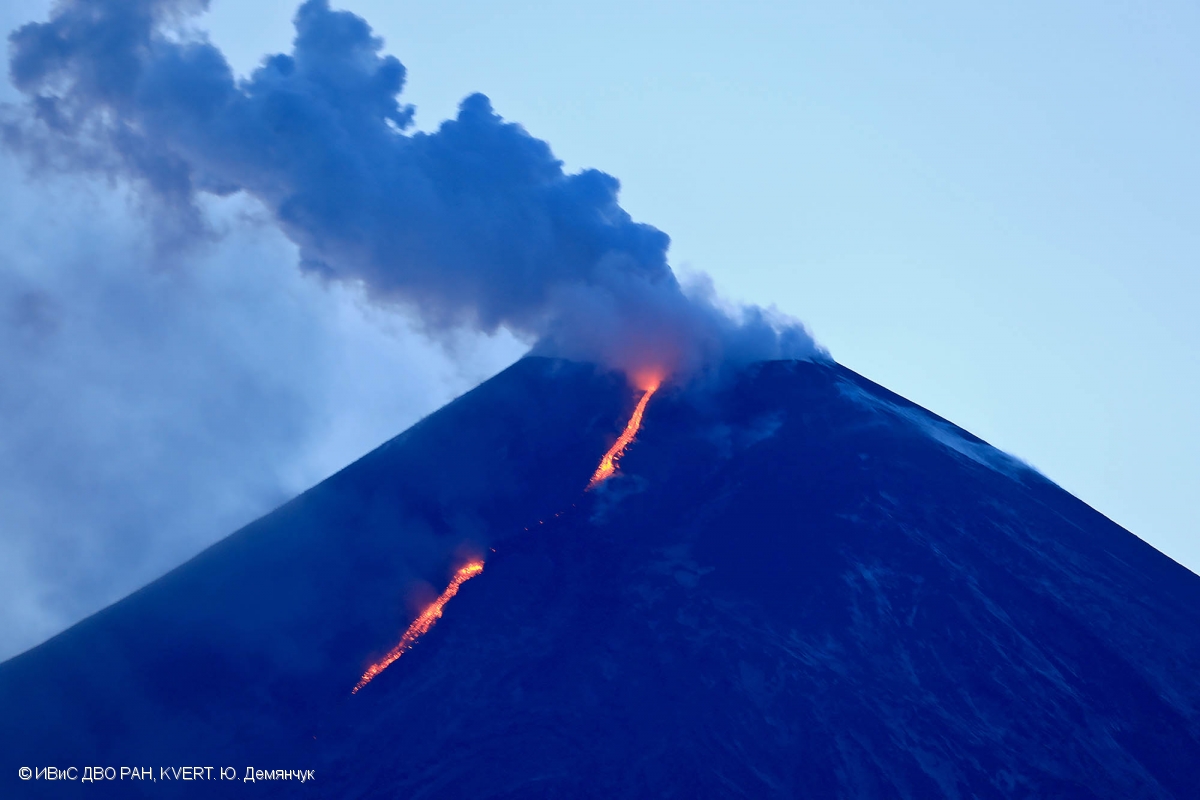 In light of the monitoring data, it is highlighted:
1) VOLCANOLOGICAL OBSERVATIONS: During this period, a normal Strombolian type explosive activity was observed accompanied by degassing and splashing activities and two lava overflows. The hourly frequency of explosions fluctuated between medium-high values ​​(18 events / h on April 13-16 and 17) and high values ​​(21 events / h on April 15-18 and 19). The intensity of the explosions was mainly medium-low in the area of ​​the North crater and medium-high in the area of ​​the Center-South crater.
2) SEISMOLOGY: The seismological parameters do not show significant variations.
4) DEFORMATIONS: No significant variation is observed in soil deformations.
5) GEOCHEMISTRY: the flow of SO2 is at a medium-high level. The last measurement of the CO2 / SO2 ratio is at an average value (last update on 02/09/2020). The isotopic ratio of helium remains on average values ​​(last update of 09/03/2020). There is no update on the CO2 released by the soil.
6) SATELLITE OBSERVATIONS: The thermal activity in the summit area is at a medium-low level. 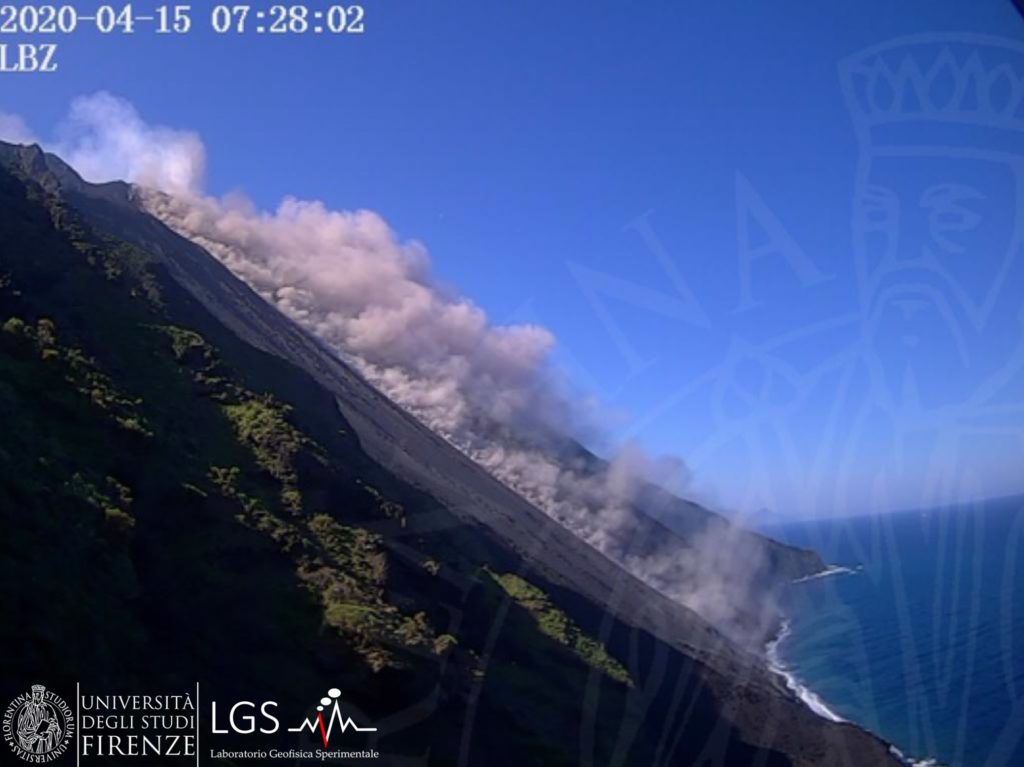 Lava overflow of April 15, 2020: On April 15 from 07:22 UTC started from the North mouth located on the edge of the area of ​​the North crater, overlooking the Sciara del Fuoco, a lava overflow, which produced a flow which extended over the Sciara until it reached the coast. The event ended around 6:40 UTC on April 16, 2020 when intense projection activity affected the mouth located a few tens of meters from the emission point of the lava flow.

Lava overflow on April 19, 2020: On April 19 from 7:45 p.m. UTC started from the North mouth located on the edge of the North crater area, overlooking the Sciara del fuoco, a lava overflow, which produced a modest flow which remained confined in the upper part of the Sciara del Fuoco while the blocks detached from the lava front descended along the Sciara and certain blocks reached the coast. The event ended around 9:55 p.m. UTC on the same day of broadcast.

In the North zone, the explosions were mainly of variable intensity, from low (less than 80 m in height) to high (more than 150 m in height) emitting coarse materials (lapilli and bombs). In numerous explosions, the abundant fallout covered the outer slopes of the area overlooking the Sciara del Fuoco and the blocks rolled until they reached the coast. The average frequency of explosions in the North zone varied between 8 and 15 events / h. The explosive activity of the Center-South zone produced explosions of coarse matter mixed with fines (ash) of medium intensity (less than 150 m high) sometimes high (the products exceeded 250 m high). The frequency of explosions in the Center-South zone varied between 6 and 10 events / h.

Between April 14 and 20, 2020, seismic activity in the Chiles – Cerro Negro volcano region showed a slight increase in energy and, more visible, but above all in number, mainly reflected in the occurrence of earthquakes. volcano-tectonic type (associated with a fracture of rocky materials in the volcanic building), passing from 499 earthquakes the previous week to 1725 during this period.

This seismicity was located mainly south of the volcanic complex, at epicentral distances less than 9 km from the summit of Chiles, depths of up to 10 km and a maximum local magnitude of 3.1 on the Richter scale. None of the recorded earthquakes have been reported to be felt by residents of the area of influence of these volcanoes. The deformation was maintained at one of the monitoring stations. The other geophysical and geochemical parameters of volcanic monitoring did not show significant variations.

The COLOMBIAN GEOLOGICAL SERVICE and the GEOPHYSICAL INSTITUTE OF THE NATIONAL POLYTECHNIC SCHOOL OF ECUADOR continue to follow the evolution of the volcanic phenomenon, reporting the observed changes in a timely manner. 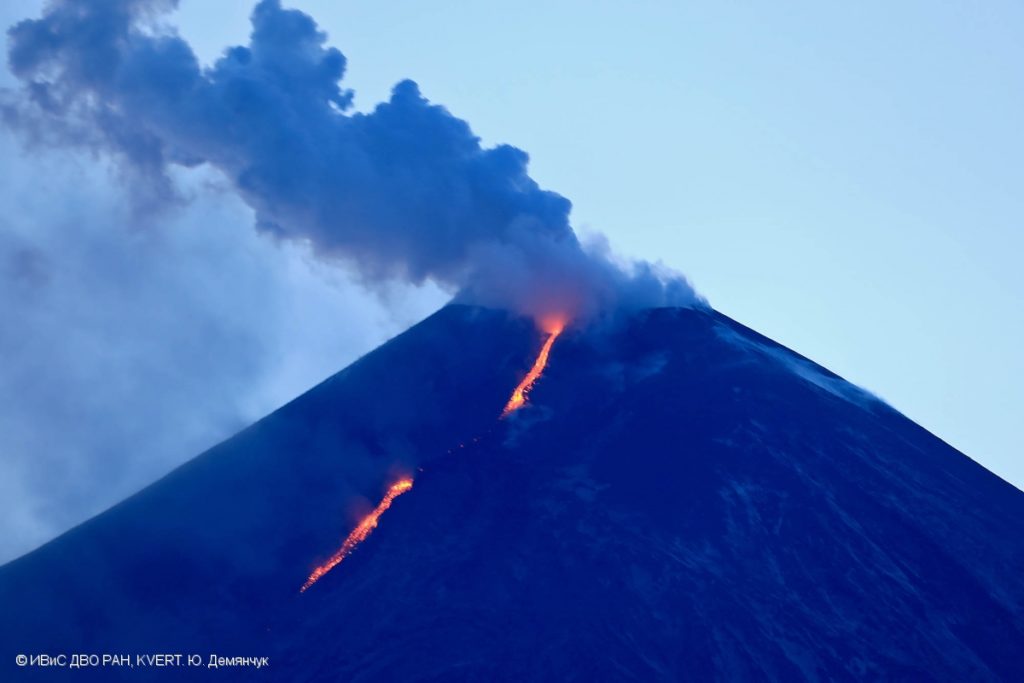 The explosive-effusive eruption of Klyuchevskoy volcano continues. There is the lava flow into Apakhonchich chute on the southeastern volcanic flank on 21 April, 2020.

In the past 24-hour period, the Taal Volcano Network recorded thirty-nine (39) volcanic earthquakes that are associated mainly with rock-fracturing processes beneath and around the edifice. Twenty-four of these were volcano-tectonic earthquakes in the Municipality of Mabini and Balayan Bay. The largest of these events occurred at 11:06 AM and 11:19 AM yesterday and registered at magnitudes M4.5 and M4.6 and were felt respectively at Intensity I in Agoncillo and Lemery, Batangas Province, and Intensity III in Mabini and Bauan, Intensity II in Taal and San Nicolas, and Intensity I in Agoncillo and Lemery, Batangas Province. Weak steaming or fumarolic activity was observed from vents on the Main Crater and from fissure vents along the Daang Kastila Trail. 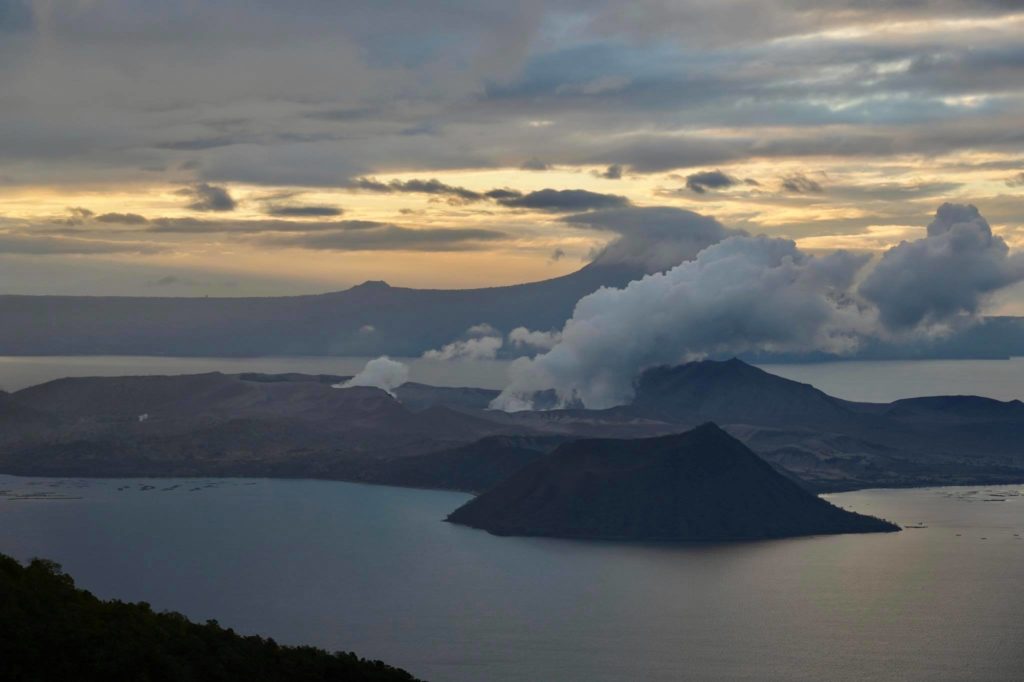 Alert Level 1 (Abnormal) is maintained over Taal Volcano. DOST-PHIVOLCS reminds the public that at Alert Level 1, sudden steam-driven or phreatic explosions, volcanic earthquakes, minor ashfall and lethal accumulations or expulsions of volcanic gas can occur and threaten areas within the Taal Volcano Island (TVI). DOST-PHIVOLCS strongly recommends that entry into TVI, Taal’s Permanent Danger Zone or PDZ, especially the vicinities of the Main Crater and the Daang Kastila fissure, must remain strictly prohibited. Local government units are advised to continuously assess previously evacuated barangays around Taal Lake for damages and road accessibilities and to strengthen preparedness, contingency and communication measures in case of renewed unrest. People are also advised to observe precautions due to ground displacement across fissures, possible ashfall and minor earthquakes. Civil aviation authorities must advise pilots to avoid flying close to the volcano as airborne ash and ballistic fragments from sudden explosions and wind-remobilized ash may pose hazards to aircrafts.

SPECIAL BULLETIN, BEGINNING OF THE LAHAR SEASON FOR FUEGO AND SANTIAGUITO VOLCANOES

INSIVUMEH weather reports indicate that the rainy season on the national territory will be established in the coming days or weeks. In recent days, in the Boca Costa region and on the volcanic chain, precipitation has already been recorded, with a probability of persisting for several hours, mainly in the afternoon and at night.
Volcanic products, due to the eruptions and daily activity deposited in the ravines around Fuego and Santiaguito volcanoes, in combination with rain, generate lahars (mud and rubble of volcanic origin).

As we know, lahars are the most important phenomenon after eruptions. During the year 2019, there were 68 lahars on the Fuego volcano. For this year, moderate and strong lahars are again expected, which will damage the roads, with overflows that can lead to the isolation of communities. On the Fuego volcano, the lahars descend via the Honda, Las Lajas, El Jute, Trinidad, Cenizas, Taniluya, Mineral, Seca ravines, tributaries of the Guacalate, Achiguate and Pantaleón rivers. On the Santiaguito volcano, the lahars descend by the rivers Nimá I, Nimá II, San Isidro, Tambor, Cabello de Angel, tributaries of the Samala river. 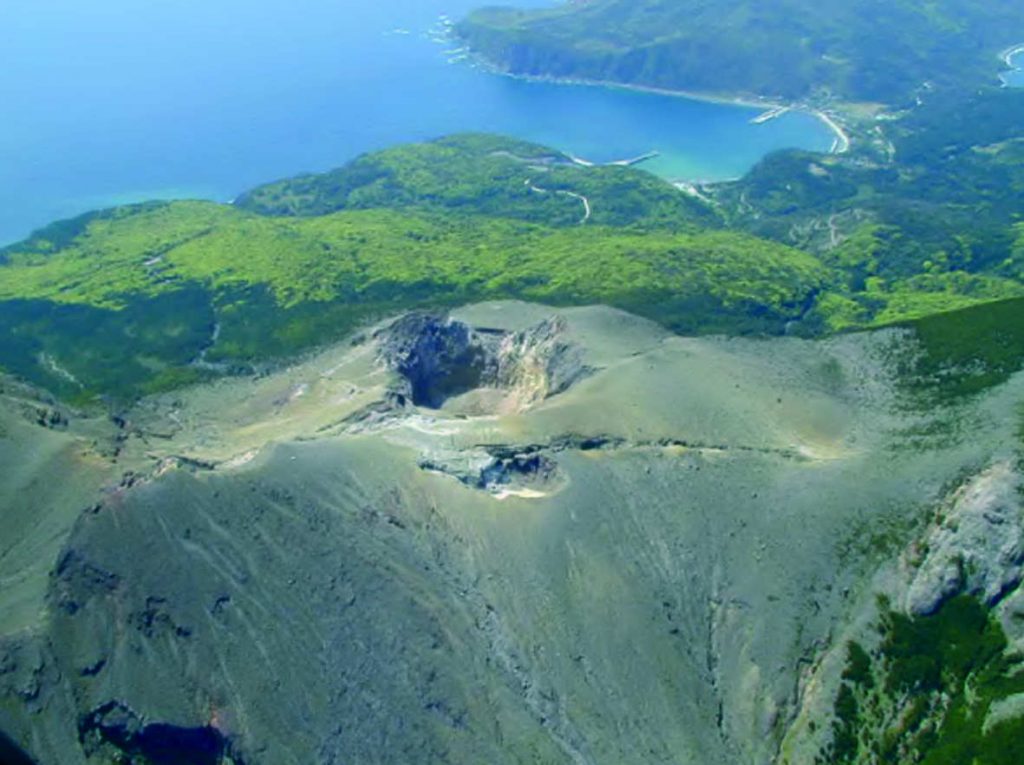 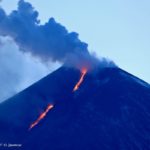 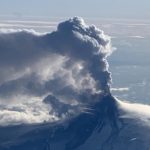