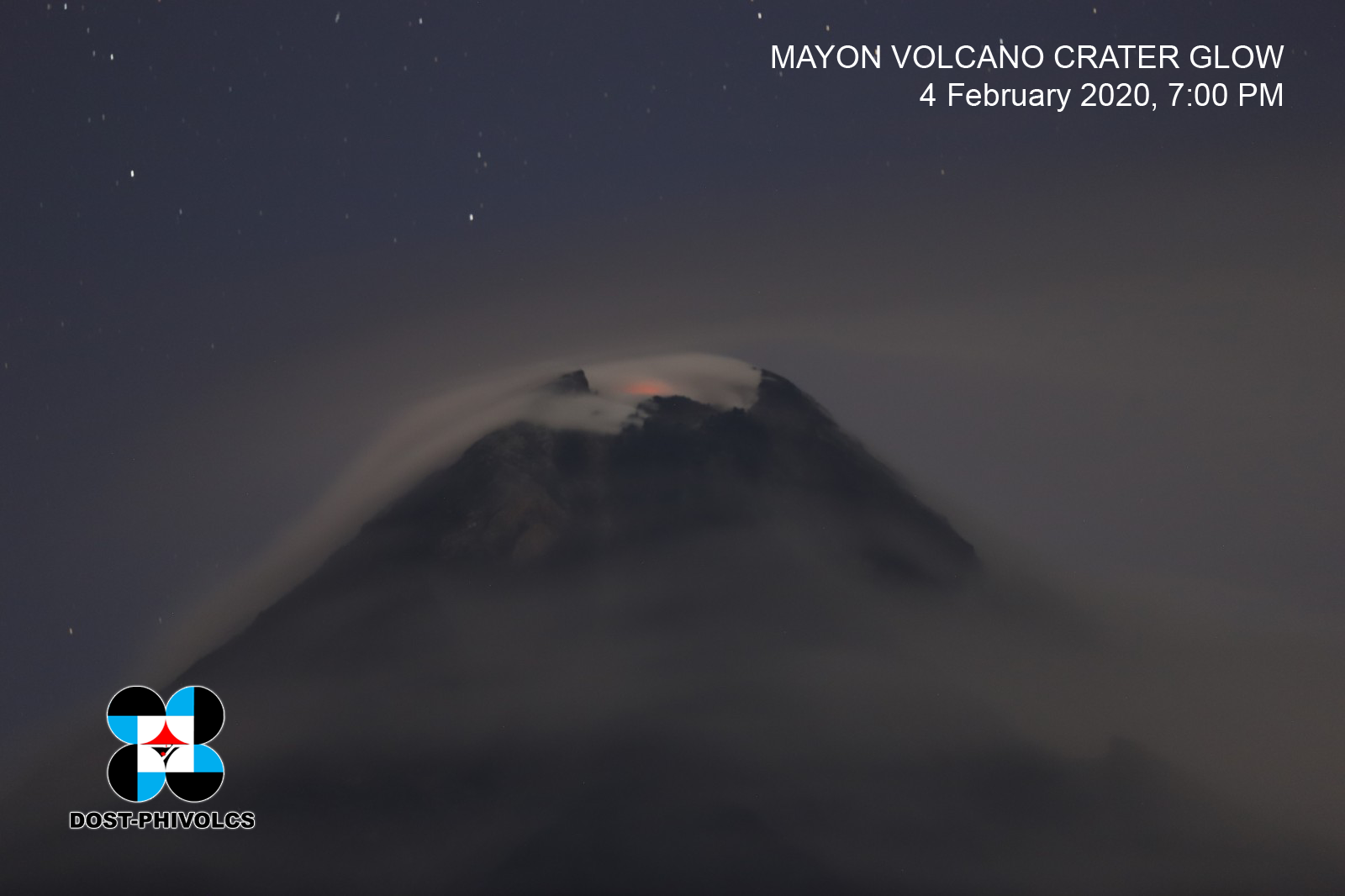 This is to notify the public and concerned authorities on the current activity of Mayon Volcano.

Since the end of magmatic eruption in March 2018, Mayon Volcano has exhibited declining earthquake activity and SO2 emission; however, a slight swelling or inflation of the edifice began in February 2019 based on continuous GPS and electronic tilt monitoring. These observations indicate that Mayon’s recent behavior has been mainly driven by changes occurring within magma already emplaced beneath the edifice rather than by renewed magma intrusion events. In the past two days, crater glow has been detected at the summit crater that is likely caused by hot magmatic gases heating the overlying atmosphere. This suggests the possibility that remnant magma may be quietly rising to the shallow levels of the edifice. 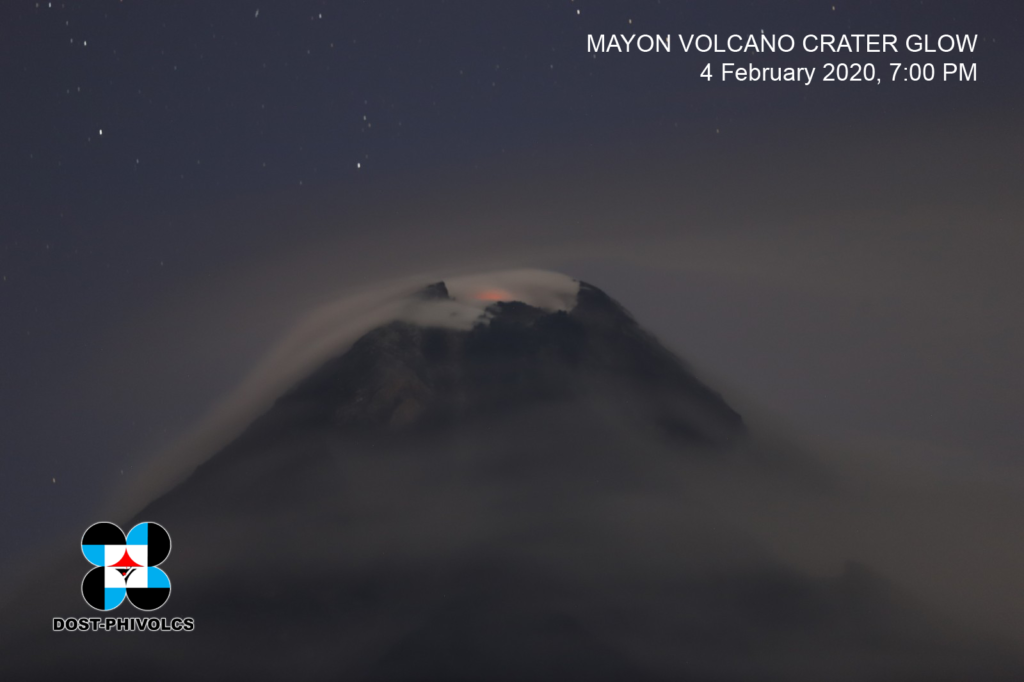 DOST-PHIVOLCS reiterates that Alert Level 2 still currently prevails over Mayon because the volcano is still at a moderate level of unrest. It is therefore strongly recommended that entry into the six kilometer-radius Permanent Danger Zone or PDZ and a precautionary seven kilometer-radius Extended Danger Zone or EDZ in the south-southwest to east-northeast sector, stretching from Anoling, Camalig to Sta. Misericordia, Sto. Domingo, should be strictly prohibited. The public is reminded that sudden explosions, lava collapse, pyroclastic density currents or PDCs and ashfall can occur without warning and threaten areas in the upper to middle slopes of Mayon. People residing close to these danger areas are also advised to observe precautions against rockfalls, PDCs and ashfall. Active stream/river channels and those identified as perennially lahar-prone areas on all sectors of the volcano should also be avoided especially during extreme weather conditions when there is heavy and prolonged rainfall. Civil aviation authorities must advise pilots to avoid flying close to the volcano’s summit as airborne ash and ballistic fragments from sudden explosions and PDCs may pose hazards to aircraft.

DOST-PHIVOLCS is closely monitoring Mayon Volcano’s condition and any new development will be relayed to all concerned.

Activity in the Main Crater in the past 24 hours has been characterized by weak emission of steam-laden plumes 50 to 100 meters high before drifting southwest. Sulfur dioxide (SO2) emission was below instrumental detection. The Taal Volcano Network recorded one hundred thirty-two (132) volcanic earthquakes including three (3) low-frequency events and eleven (11) harmonic tremors having durations of two (2) to three (3) minutes. These earthquakes signify magmatic activity beneath the Taal edifice that could lead to eruptive activity at the Main Crater.

In light of the monitoring data, it is highlighted:
1) VOLCANOLOGICAL OBSERVATIONS: During this period, a normal explosive activity of strombolian type was observed accompanied by degassing activities. The hourly frequency of explosions fluctuated between average values (12 events / h on February 2) and medium-high values (18 events / h on February 1). The intensity of the explosions was mainly medium-low in the area of the North crater and medium-high in the area of the Center-South crater.

2) SEISMOLOGY: The seismological parameters do not show significant variations. There is an increase in the number of explosion tremors with medium-low and medium-high amplitudes from 31/01.
4) DEFORMATIONS: No change to report.
5) GEOCHEMISTRY: The flow of SO2 is at an average level. The CO2 / SO2 ratio is established at an average value. No update is available on the isotopic ratio of dissolved helium in the aquifer.

n the North zone, the explosions were mainly low (less than 80 m high) and medium (less than 150 m high), sometimes high (greater than 150 m high) emitting coarse materials (lapilli and bombs). In many explosions, the fallout covered the outer slopes of the area overlooking the Sciara del fuoco and many blocks rolled a few hundred meters before being placed along the Sciara. The average frequency of explosions in the North zone varied between 5 and 9 events / h. The explosive activity of the Center-South zone produced explosions of coarse materials mixed with fine materials, of medium intensity (less than 150 m high) and high (the products exceeded 250 m high). In some explosions, the products have fallen into the upper part of the Sciara. The frequency of explosions in the Center-South zone varied between 4 and 12 events / h.

The amplitude of the volcanic tremor showed generally medium-low values, with some slight oscillations on the medium-high values ​​from January 31. 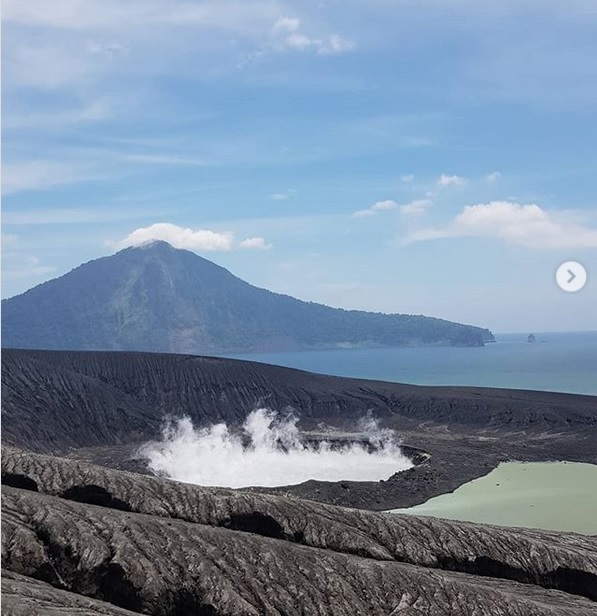 Level of activity level II (Waspada), since March 25, 2019. The Anak Krakatau (157 m above sea level) has experienced an increase in its volcanic activity since June 18, 2018, which was followed by a series of eruptions in the period from September 2018 to February 2019.
Volcano covered with fog. No smoke from the crater is observed. Sunny to cloudy weather, light to moderate east winds. The temperature is around 25 to 29 ° C.

Turrialba volcano:
No eruption is reported.

Seismic activity is similar to that of yesterday.
At the time of this report, the winds were blowing northwest.
No volcanic tremor is recorded. The seismicity was maintained with frequent low frequency (LP) volcanic earthquakes, showing a gradual but slow decrease in volcanic activity. The concentration of emitted gases is stable, with SO2 concentrations close to 6 parts per million and the CO2 / SO2 ratio at 6. The deformation of the volcanic building remains unchanged.

Poas Volcano:
No eruption is reported. 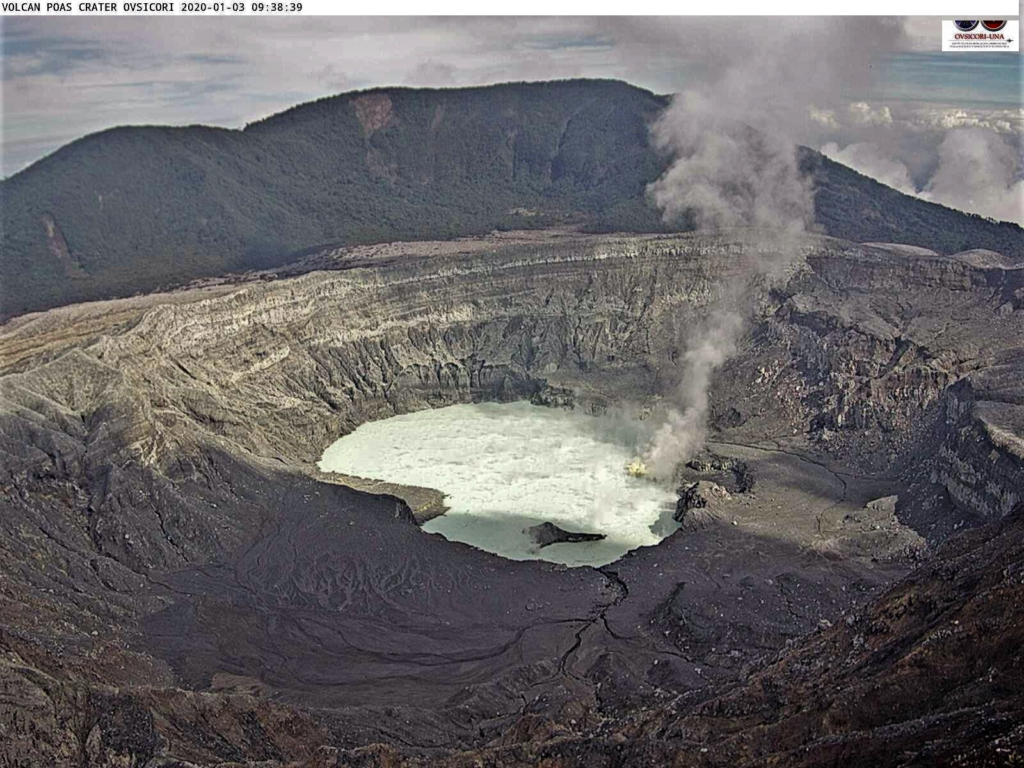 Seismic activity is similar to that of yesterday.
At the time of this report, the winds were blowing northwest.
An intermittent, very low amplitude tremor is recorded. Seismicity is dominated by frequent volcanic earthquakes of low frequency (LP) and of very low amplitude. The measured gas concentrations are low, however, high concentrations of SO2 were recorded from the point of view between 8:30 a.m. and 10:00 a.m. this morning. There is no significant deformation of the volcanic building. The crater lake maintains its level but it shows strong degassing and evaporation. 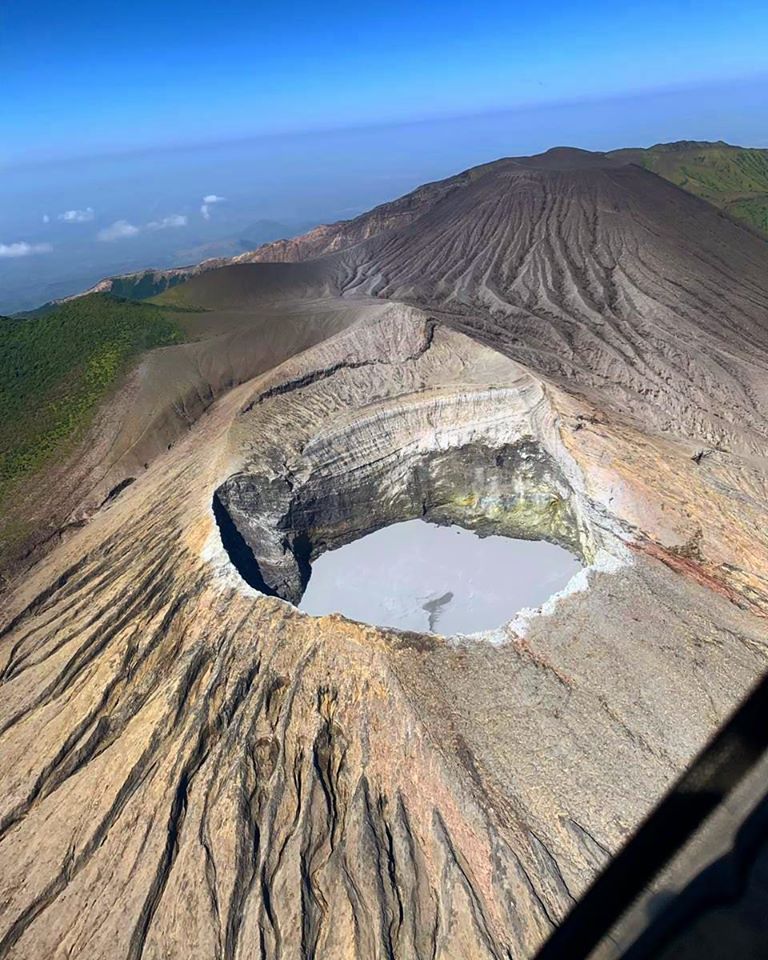 Seismic activity is lower than yesterday.
At the time of this report, the winds were blowing northwest.
The activity of the Rincon de la Vieja volcano continues to decline. The intermittent tremor recorded is of very low amplitude and low frequency volcanic earthquakes (LP) are recorded very sporadically. We don’t see much degassing in the crater. There is no significant deformation of the volcanic building. 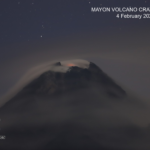 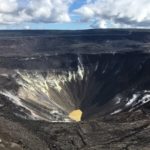