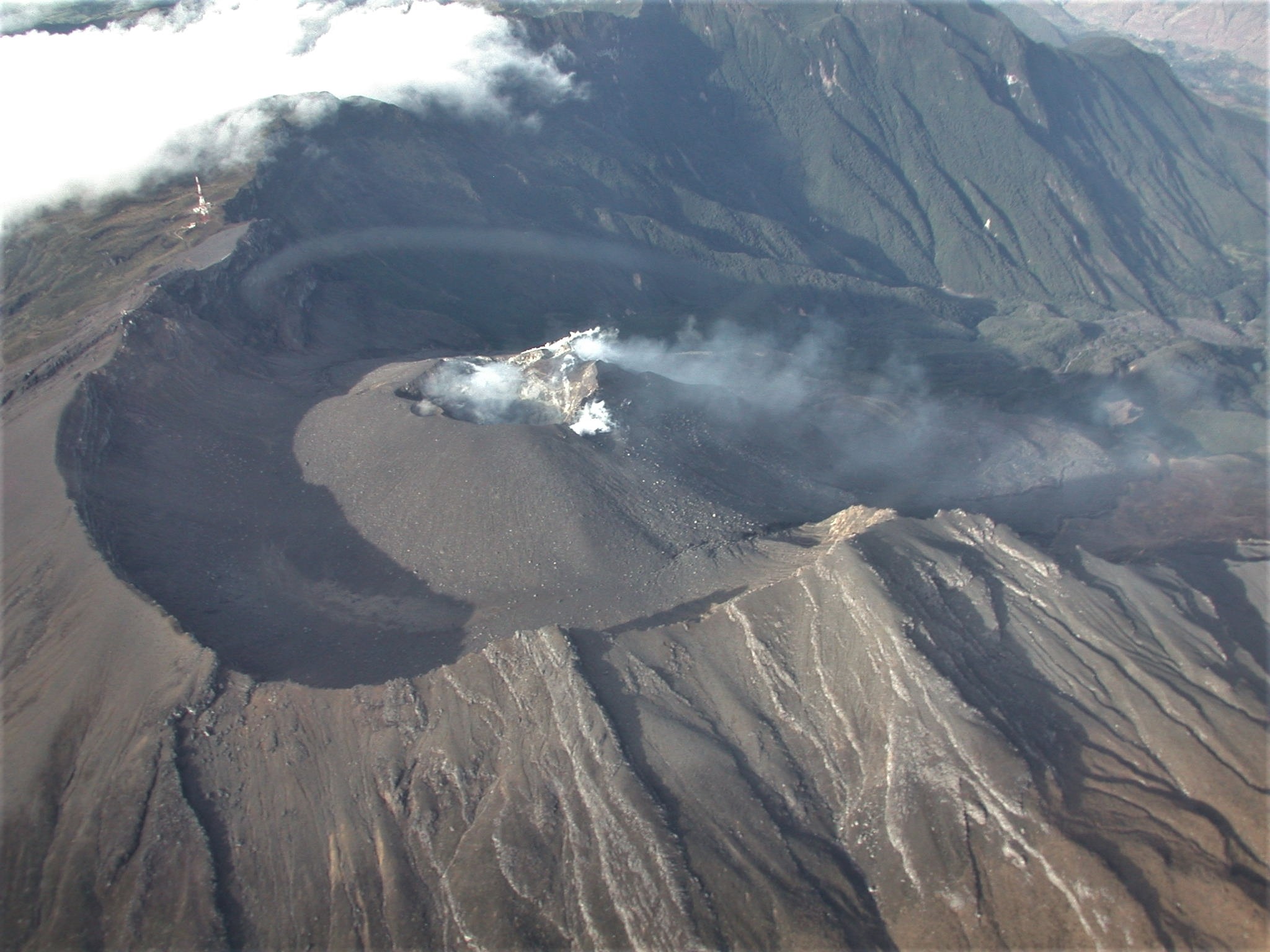 1) VOLCANOLOGICAL OBSERVATIONS: Strombolian activity of the New Southeast Crater, Strombolian intra-crater activity with sporadic ash emissions from the Northeast Crater and Voragine Crater.
2) SEISMOLOGY: moderate increase in the seismicity of fractures; amplitude of the tremor oscillating between medium and low values.
3) INFRASOUND: weak infrasound activity
4) DEFORMATIONS: No significant variation to report. The inflationary trend continues on the scale of the volcanic building
5) GEOCHEMISTRY: SO2 fluxes are at an average level. The CO2 flux on the ground is at average values, showing a recovery compared to last week. The partial pressure of CO2 in the aquifer does not show significant variations. The helium isotopic ratio values ​​are medium-high values ​​(last data available on December 12). 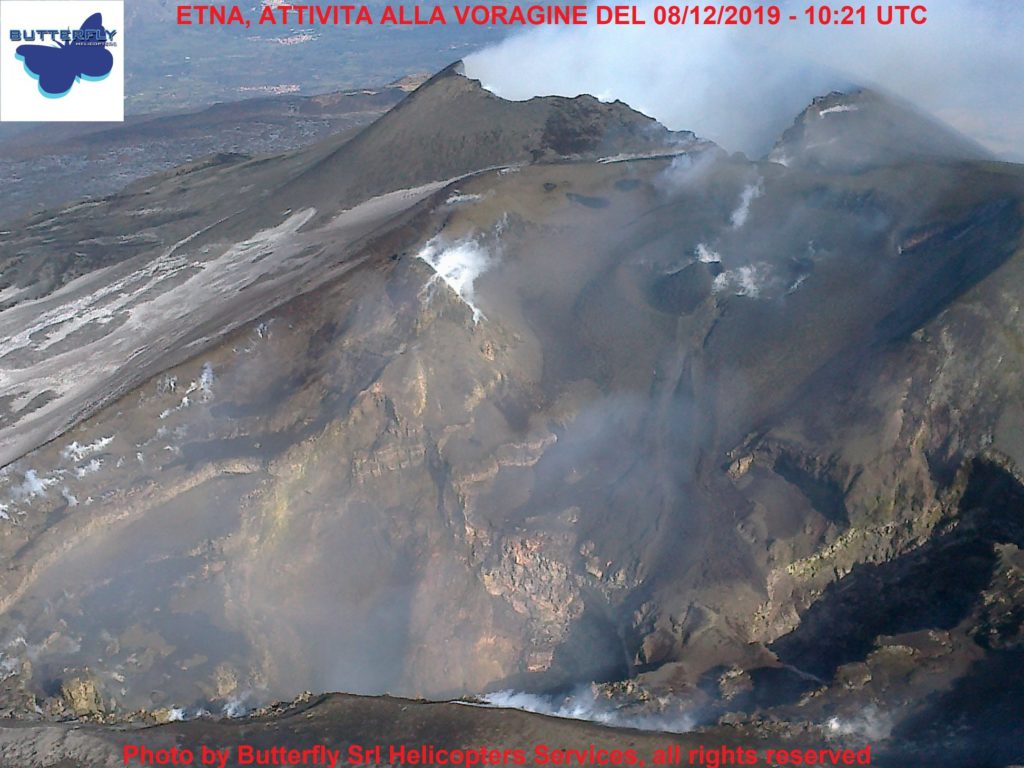 The volcanic activity in the summit craters of Etna was monitored during the week by analyzing images from the network of INGV surveillance cameras – Catania Section, Etneo Observatory (INGV-OE). The bad weather conditions however limited the observations especially during days 18, 19 and part of December 20.

During the period, the strong strombolian activity of the New Southeast Crater (NSEC) described last week (Rep. N ° 50/2019) decreased, both in terms of frequency and intensity of the explosions. In particular, the mouth located on the east side of the cone produced explosions during which mainly ash was emitted which largely covered the upper area.
Strombolian intra-crater activity from last week in the North East crater (NEC) has also decreased: sporadic ash emissions have been observed which quickly diluted in the atmosphere. Finally, intra-crater strombolian activity continued in the Voragine crater (VOR), while during the week there were no signs of strombolian activity in the Bocca Nuova crater ( BN).

Volcanic tremor: With regard to the amplitude of volcanic tremor, there are no significant variations compared to what had been reported in the previous bulletin, thus continuing to oscillate around average and low values. The sources of the tremor were located below the summit craters, at a depth of between 2.5 and 2.8 km above sea level.

1) VOLCANOLOGICAL OBSERVATIONS: During this period, normal explosive activity of the strombolian type was observed, accompanied by degassing and splashing activities. The hourly frequency of explosions fluctuated between average values ​​(13 events / h on December 17) and very high values ​​(32 events / h on December 20). The intensity of the explosions was mainly medium-low in the area of ​​the North crater and medium-high in the area of ​​the Center-South crater.
2) SEISMOLOGY: The seismological parameters do not present significant variations.
4) DEFORMATIONS: no change to report
5) GEOCHEMISTRY: The flux of SO2 is at a medium-high level, the isotopic ratios of the helium dissolved in the thermal aquifer remain unchanged on the medium-low values. The CO2 / SO2 ratio is at a medium / high value (data not validated on 12/15/2019). 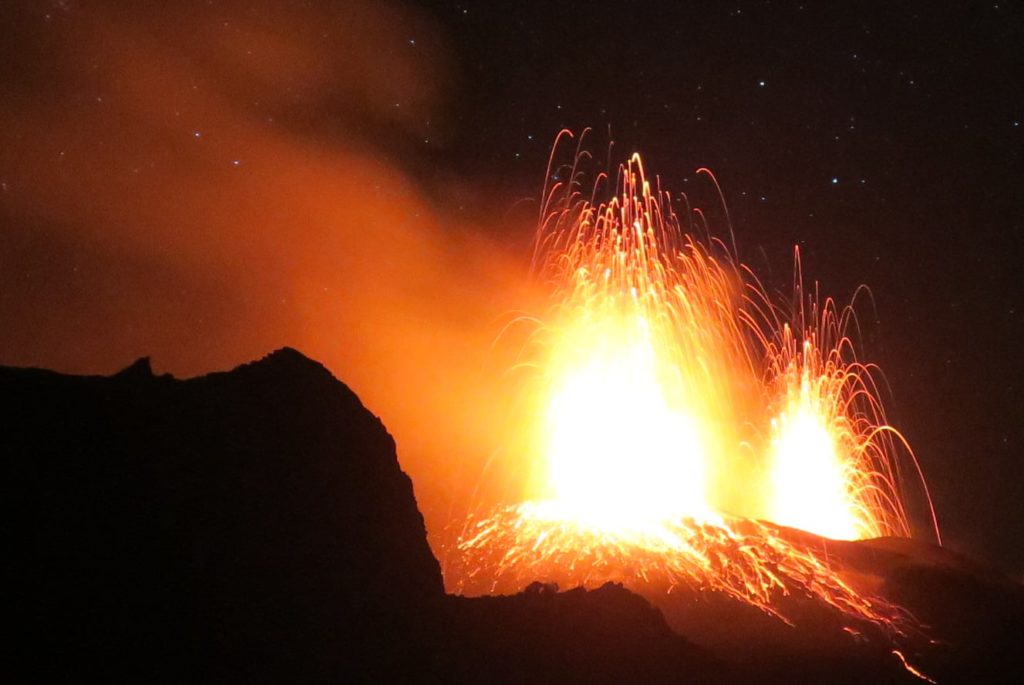 In the North zone, the explosions were mainly low (less than 80 m high) and medium (less than 150 m high), sometimes high (greater than 150 m high) emitting coarse materials (lapilli and bombs). In numerous explosions, the fallout covered the outer slopes of the area overlooking the Sciara del fuoco and some blocks rolled a few hundred meters before the mesa in place along the Sciara. Splashes were observed in the mouths located in the southern part of the northern zone, which were sometimes intense (December 21). The average frequency of explosions varied between 9 and 19 events / h. The explosive activity of the Center-South zone produced explosions of coarse matter, sometimes mixed, of medium intensity (less than 150 m high), sometimes strong (greater than 150 m high). In some explosions, the products fell in the upper part of the Sciara. The frequency of explosions in the CS zone varied between 2 and 13 events / h.

Weekly activity bulletin of the Galeras volcano.
The activity of the volcano continues at: YELLOW LEVEL ■ (III): CHANGES IN THE BEHAVIOR OF VOLCANIC ACTIVITY.

For the week of December 17 to 23, 2019, low levels of seismicity were generally maintained. However, the increase in the energy released is highlighted, mainly by the volcano-tectonic event recorded on December 20 at 21:53. This earthquake was located 9.1 km northeast of the active cone of the Galeras volcano, with a local magnitude of M 3.6 on the Richter scale, which was reported to be felt by residents of the municipalities of Pasto, Nariño, La Florida, El Tambo, Chachagüi and Buesaco in the department of Nariño.

Favorable atmospheric conditions on December 17, 18 and 19 made it possible to observe emissions of white gas, of low pressure, reaching a low height and a direction of dispersion variable due to the winds.

The other geophysical and geochemical monitoring parameters of the Galeras volcano did not show any significant variation.

The COLOMBIAN GEOLOGICAL SERVICE remains attentive to the evolution of the volcanic phenomenon and will continue to report the observed changes in due time.

The hydrothermal system associated with the Chiles-Cerro Negro volcanic complex has been subject to periodic monitoring by the staff of the EPN Geophysical Institute since 2014. This is why between December 9 and 12, 2019, a group of technicians from the department of volcanology of the Institute of geophysics carried out a new measurement and sampling campaign in the main hot springs of the region.

During this campaign, the technicians visited 8 already known zones and 2 new zones which were added to the inventory. Among these, the source of « El Hondón » was visited, which recently caused a stir among the inhabitants of the region because of the increase in its flow and its temperature. Currently, this source reaches 85 ° C, becoming one of the hottest in the country.
The technicians carried out physical parameter measurements and an exhaustive sampling of the water and gases at each of these points. The collected samples will be analyzed in national and foreign laboratories.

In addition, thermal image sequences and gas measurements were made with the multigas instrument. All the information collected will contribute to the understanding of the dynamics of the hydrothermal system, thus allowing technicians to formulate hypotheses on the reasons for which these changes are due to thermal manifestations. 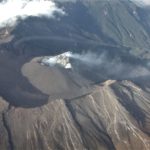 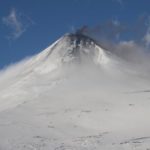