The eruption of Shishaldin Volcano that began in late July continues. Eruptive activity at the volcano this week fed a lava flow on the northwest flank that reached a length of ~2.5 km (1.5 miles). Low-level explosive activity at the summit has rebuilt the summit vent cone after its collapse last week and dusted the southern flank of the volcano in ash. Highly elevated surface temperatures were observed throughout the first half of the week, diminishing on Tuesday night as the lava flow activity waned. Seismicity at the volcano remains elevated, with ongoing tremor and weak explosions. 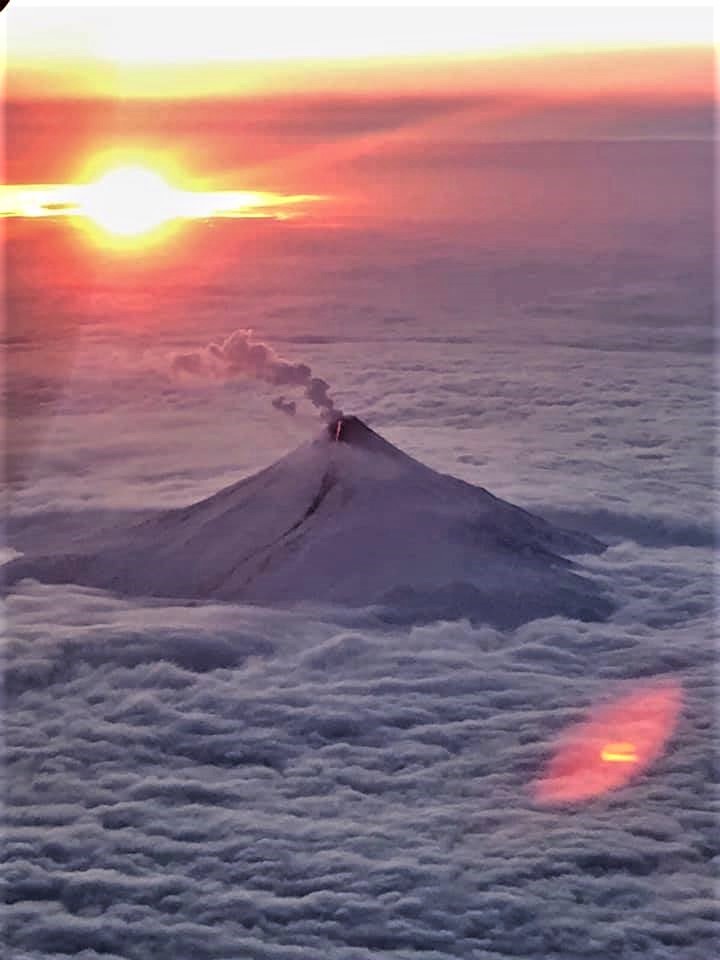 Thus far, the 2019 eruption has produced lava flows, pyroclastic flows, and lahars (mudflows) on the flanks of the volcano. For most of the current eruption, ash emissions have been restricted to the immediate vicinity of the volcano and altitudes of less than 12,000 ft. asl. During this heightened level of activity more powerful explosions such as the one that occurred last week could occur with little warning and produce higher ash clouds that may pose a hazard to aircraft.

A minor earthquake swarm was detected beneath Mount Rainier on December 11, 2019. Located just south of the summit at depths of up to 1 mile, there were 10 located earthquakes in the swarm, the largest of which was a Magnitude 1.1. The small magnitude earthquakes were too weak to be felt at the surface.
There has been no detectable surface deformation or volcanic gas signal associated with this swarm, so while the seismicity represents a temporary uptick in activity, Mount Rainier remains at normal, background levels of activity. 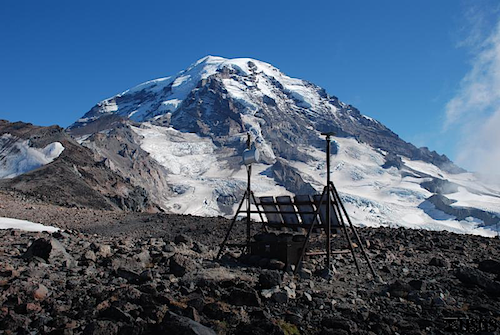 Earthquake swarms are not uncommon at this Cascade Range volcano. A minor swarm of 8 located earthquakes occurred November 28-29, 2019, and 5 were located at Mount Rainier in late October 2019. Other swarms occurred in September 2018, September and October 2017, and April 2016.
Compared to earthquakes with a single large mainshock and many lesser aftershocks, a swarm is a sequence of many earthquakes that occur at above-normal rates and do not have an obvious mainshock (an earthquake that is much larger than the others). While researchers continue to investigate the cause of swarms, most often volcanic swarms are caused by fluids (dominantly water) interacting with faults.

As shown in the graphic, fluids from the magmatic system beneath the volcano rise through existing cracks and weaknesses in the crust. Along with rainwater and ice/snow melt, these fluids combine to create a hydrothermal system within the volcano. When pressurized fluids move along faults in the shallow subsurface, they sometimes generate small magnitude earthquakes and earthquake swarms. 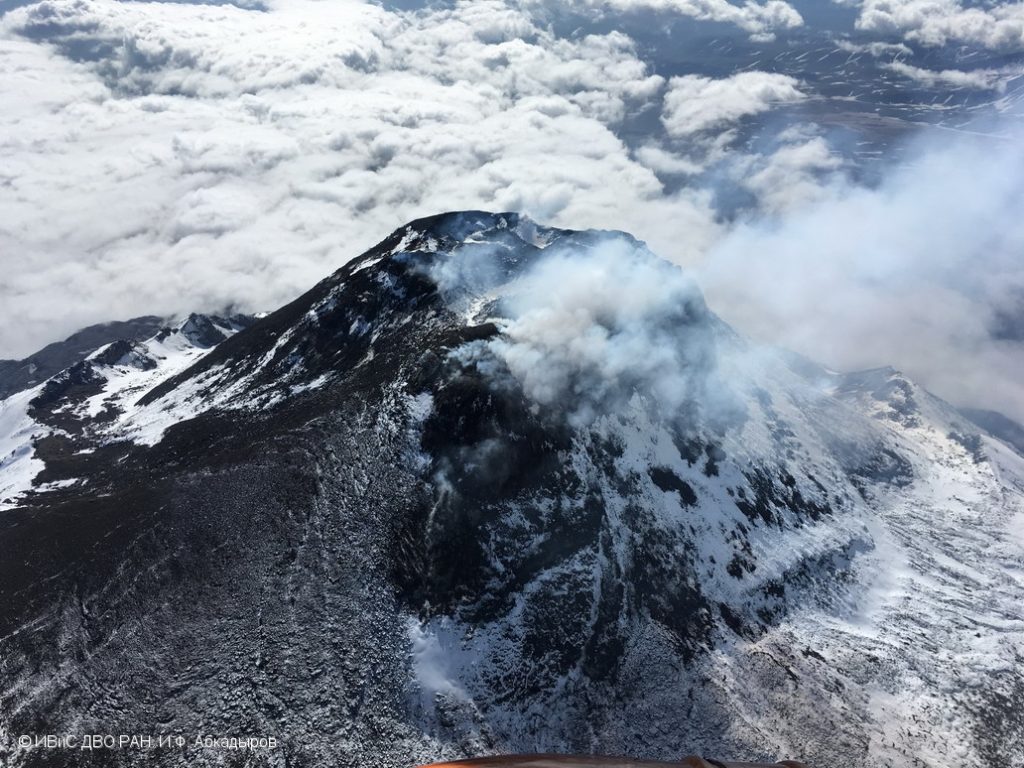 Volcanic Activity Summary:
Activity of the volcano began to increasing from beginning of December. The incandescence of the volcano summit in the dark time, a small lava flow on the western flank of the lava dome and a strong fumarolic activity were obserwing during the last weeks. The temperature of thermal anomaly continues to gradually increasing. The volcano was covered by clouds for most of yesterday. Strong ash explosions up to 10-15 km a.s.l. could occur at any time. KVERT continues to monitor Bezymianny volcano.

The causes and methods of activation of the earthquakes that periodically affect the island of Ischia revealed by an international team of researchers.

After the seismic events that affected the Casamicciola region on the island of Ischia in the summer of 2017, the scientific community deemed it necessary to focus its attention on the natural phenomenon which, in reality, had already occurred many times in past centuries. with dramatic consequences, such as the earthquake of 1883 which killed more than 2,300 people.

However, the understanding of seismic activity in Ischia has always been hampered by the volcanic nature of the island which, with extremely diverse characteristics, greatly complicates the factors to be considered. Ischia is, in fact, one of the most complex Italian volcanoes, characterized among other things by an impressive ascent of about a thousand meters, from 55 thousand years ago, and by dozens of more recent eruptions, the last of which occurred in 1302. 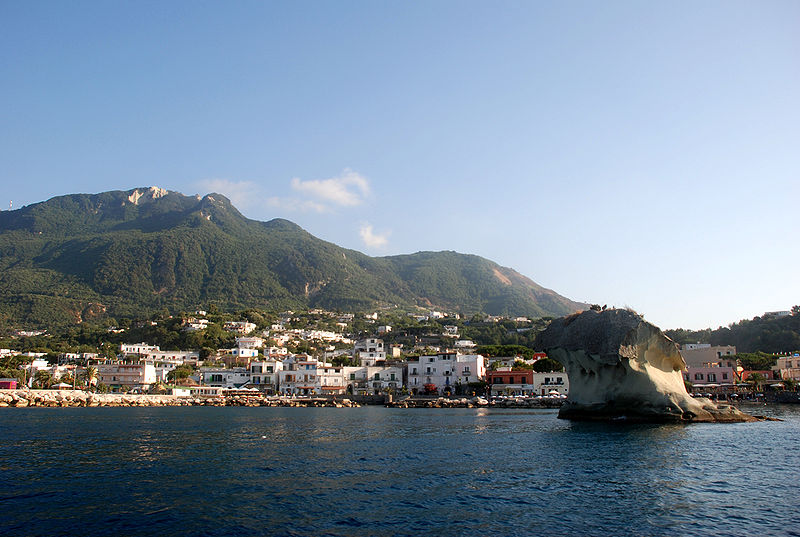 Take up the challenge of understanding this seismicity in such a complex environment, also thanks to the impetus of the National Civil Protection, of an international team of volcanologists from the National Institute of Geophysics and Volcanology (INGV), of the University of Roma Tre (UniRoma3) and the University of Geneva in Switzerland (UNIGE) combined various skills in monitoring, modeling and understanding magmatic processes in the study « The degassing of magma as a source of long-term seismicity in volcanoes : the case of the island of Ischia ”, which has just been published in the journal Geophysical Research Letters.

The volcanologists thus understood that, paradoxically, it is precisely the complex volcanic nature of the island which explains its seismicity, but in a relatively simple way. In fact, monitoring data collected for decades shows that the strong uprising that in the past led to the emergence of the island’s highest peak, Mount Epomeo, is currently being replaced by a slow and continuous decline .
Consequently, the earthquakes observed at Casamicciola constitute episodes of acceleration of this decline, triggered by the same seismic structures which had caused the previous lifting of the island. 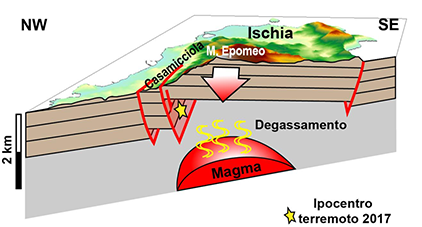 The cause of the lowering of Ischia, and therefore the earthquakes of Casamicciola, is attributable to the emission of gases from the same magma which produced for about 6000 years at least 45 eruptions, until the end of 1302. This degassing, in fact, decreases the pressure in the surface magmatic system, effectively lowering the island.
The results of the research allow us not only to finally understand the origin of the disastrous seismicity of Ischia, but also to predict, through model extrapolations, that the prolongation of the degassing of the magma can continue for at least several hundred d years.

According to the authors, the subsidence underway in Ischia could therefore continue to generate seismicity in the Casamicciola area with characteristics similar to those observed in recent centuries. 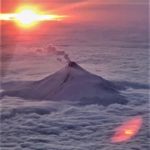