A moderate eruptive activity of the volcano continues. Ash explosions up to 13,100-19,700 ft (4-6 km) a.s.l. could occur at any time. Ongoing activity could affect low-flying aircrafts.

A moderate eruptive activity of the volcano continues. Satellite data by KVERT showed an ash cloud drifted for about 100 km to the south-east from the volcano on 20 July;a thermal anomaly registered over the volcano on 25 and 27 July, the volcano was obscured by clouds on the other days of week. 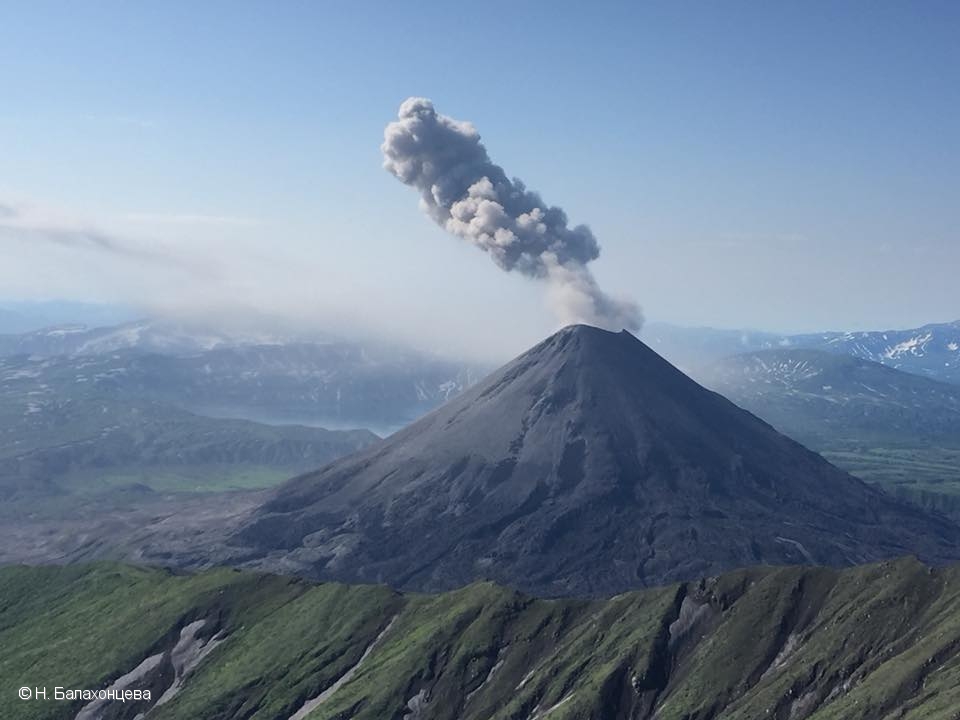 A quake occurred on Sunday, July 29, 2018 at 17:47:39. According to information provided by BMKG, the main epicenter is located at coordinates 8.26 ° LS and 116.55 ° East, with a magnitude of 6.4 SR at 10 km depth, 28 km northwest from East Lombok. So far, this earthquake has been followed by 118 more earthquakes with magnitude range M5.7 – M2.1. The shock was strongly felt in the region of Lombok and Lombok North. This zone is composed of alluvial rocks and degradable volcanic deposits, thus reinforcing the seismic violence. The intensity of the seismic shock is estimated to reach MMI VI-VII. 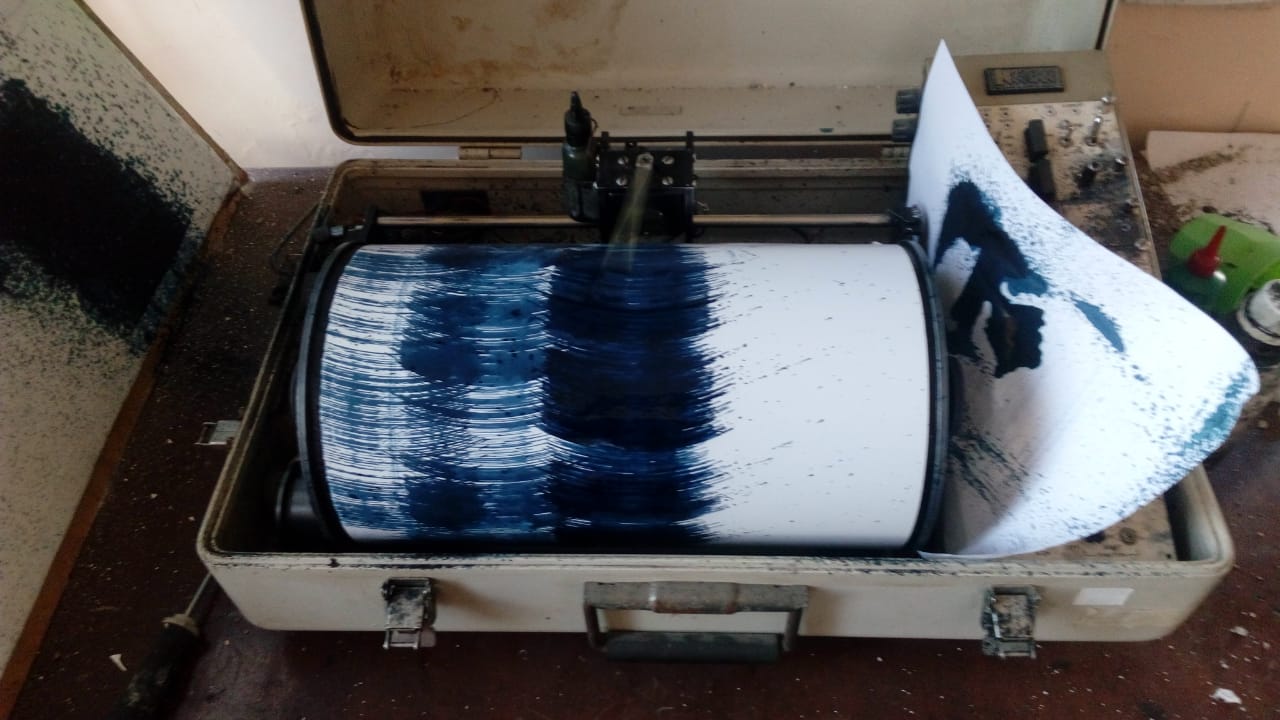 This earthquake caused damage and casualties. According to BNPB information, there are 10 dead, 40 wounded and dozens of damaged buildings.
This earthquake was felt at Pos PGA Rinjani on the intensity of MMI VI and caused damage to the post building. So far, there has been no increase in activity of G. Rinjani related to the earthquake.

PVMBG Emergency Response Team:
– The geological agency immediately goes to East Lombok and North Lombok to:
1) Mapping of the impact of seismic events (damage to buildings, land displacements, ground cracks, and if there is liquefaction and avalanches).
2) Identification of local soil characteristics through micro-tremor measurements
3) Provide technical recommendations related to geological damage.
4) Direct socialization to the community and coordination with the provincial government of NTB and East Lombok Regency and other related institutions. 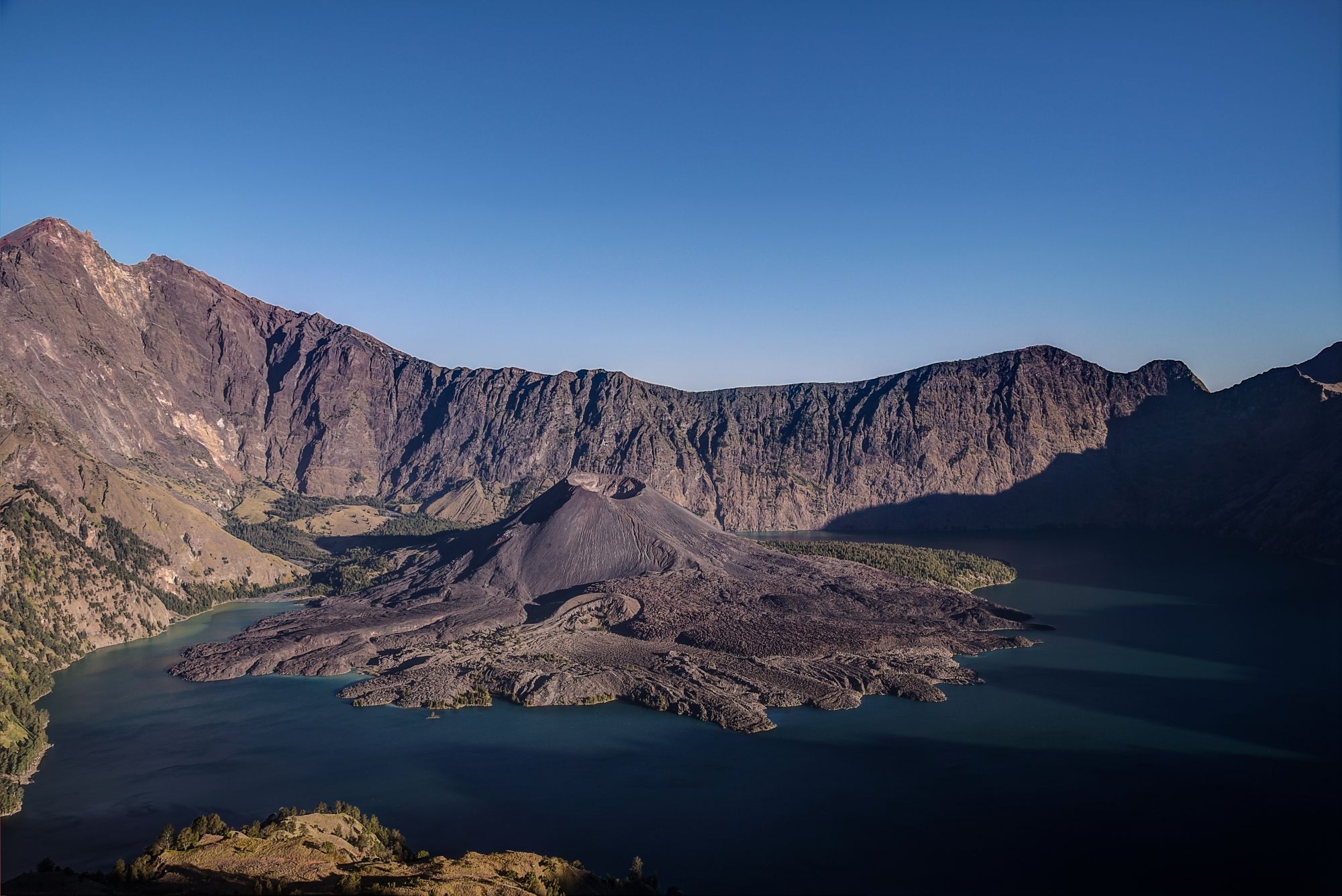 Recommendations
(1) Communities are encouraged to remain calm and follow the instructions and information of the local government and BPBD NTB. Do not be fooled by irresponsible questions about earthquakes and tsunamis
2) Replicas generally have lower amplitudes than major earthquakes, but people must remain vigilant.

Fissure 8 continues to erupt lava into the channel leading northeastward from the vent. No overflows were reported this morning and the channels are near full. At the coast, the south edge of the lava flow has not advanced westward in the past day, and remains less than 175 m (0.1 mi) from the Pohoiki boat ramp in Isaac Hale Park. The active ocean entry is a few hundred meters (yards) to the east of this lava flow edge. 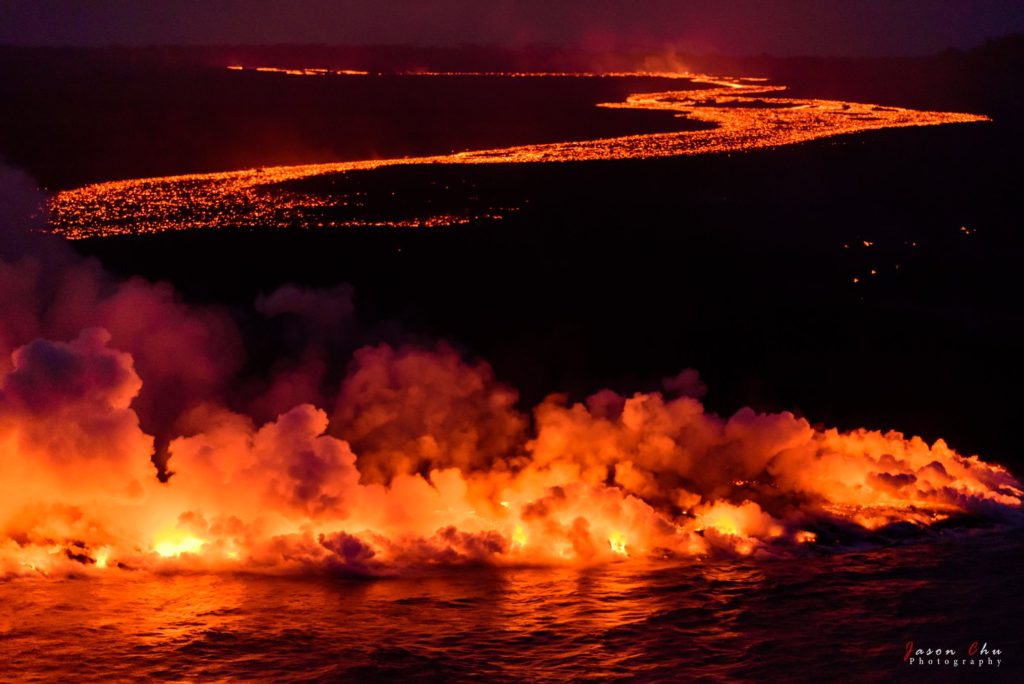 The most recent collapse event occurred at 02:37 a.m. HST July 28, and was similar in character and magnitude to previous events. Seismicity is slowly increasing since Saturday morning’s collapse event and, as of this posting, is 25-35 earthquakes per hour. 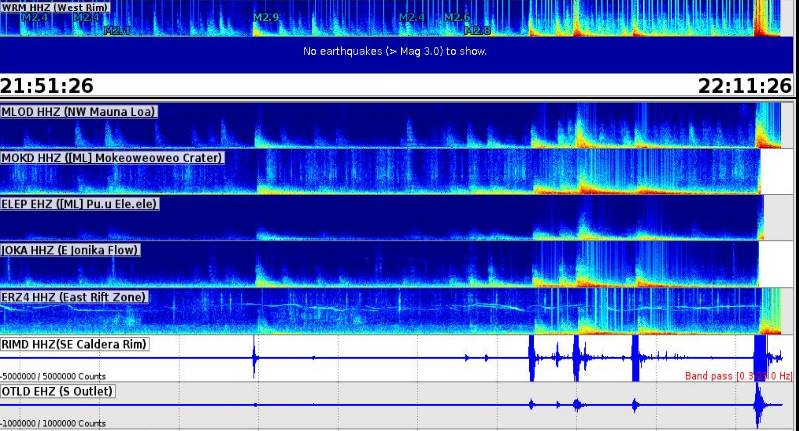 There has been a summit collapse recorded at Halema’ma’u generating a M5.3 quake.
A surge could be generated at fissure 8 in 1-2hrs. 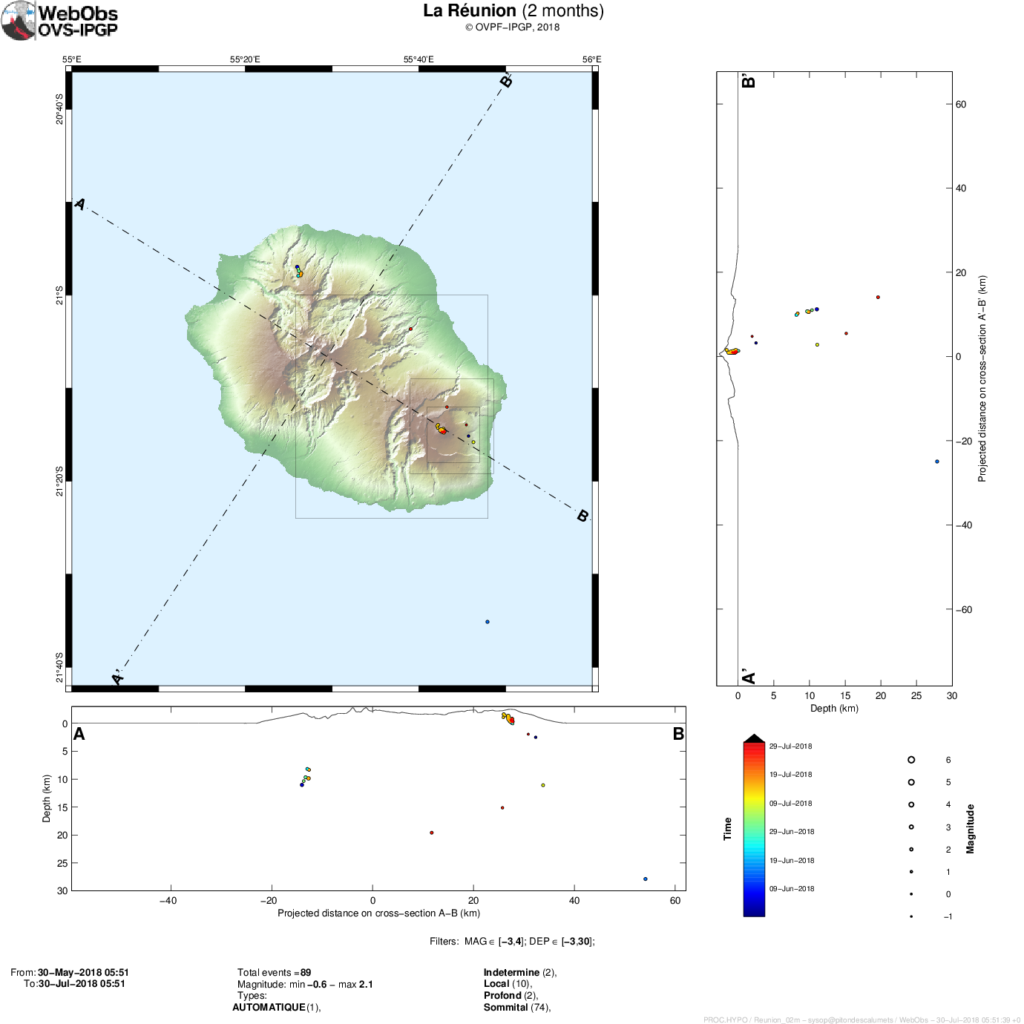 Location map (epicentres) and North-South and East-West sections (showing the depth location, hypocentres) of recorded earthquakes located by the OVPF-IPGP over 2 months under Réunion. Only localizable earthquakes have been represented on the map.
The observatory records seismic events not shown on this map because they are not localizable due to their low magnitude.
To see the number of earthquakes detected by the observatory’s networks, you can refer to its last Activity Bulletin. 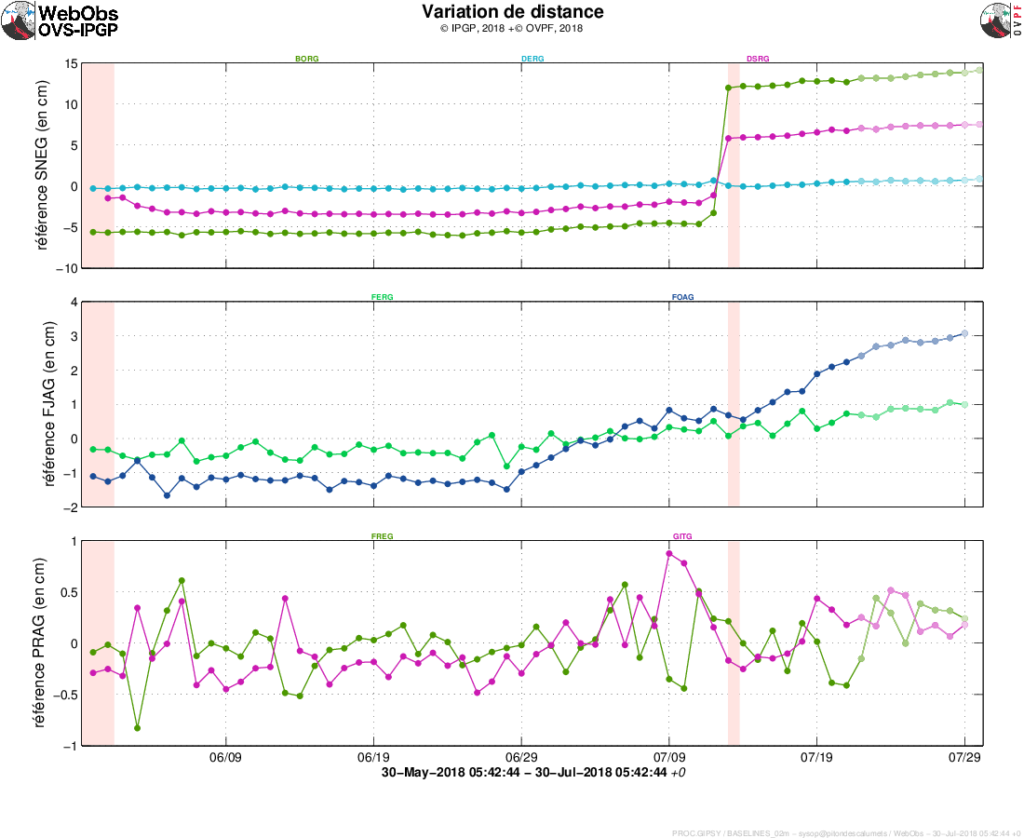 Illustration of the deformation over 2 months. Here are shown baselines (variation of distance between two GPS receivers) crossing the Piton de la Fournaise building, at the top (at the top), at the base of the terminal cone (in the middle) and in the far field (at the bottom ) (see location on the associated maps). A rise is synonymous with elongation and therefore swelling of the volcano; conversely, a decrease is synonymous with contraction and therefore deflation of the volcano. Any periods colored in light pink correspond to eruptions.

Geochemistry
Concentrations of H2S and SO2 in top emissions: near or below the limit of detection. 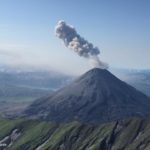 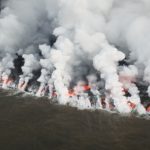