Department of Public Works and Police have verified reports of a new fissure, number 18, opening up on Halekamahina Loop Road to the west, or Kalapana side of Highway 132. At this time, steam and lava spatter activity has started from this new fissure.
Due to the volcanic activity, the following are issued:
Residents of Hale Kamahina Loop Road are ordered to evacuate.

LOWER EAST RIFT ZONE
Eruption of lava continues along Kilauea Volcano’s lower East Rift Zone. A new outbreak early this morning just over a half mile northeast of the end of Hinalo St. and about one half mile south of highway 132 has been confirmed. Hawaii County Civil Defense reports the outbreak is on Halekamahina Loop Road. Aerial observations of this new fissure indicate it is at least several hundreds yards long and producing spatter rising many tens of feet into the air. A slow-moving lava flow is moving away from the vent.

KILAUEA SUMMIT
Deflationary tilt at the summit of the volcano continues and seismicity remains elevated. This morning, a steady, vigorous plume of steam and occasionally minor amounts of ash is rising from the Overlook vent and drifting downwind to the southwest. As has been observed over the past several days, occasional rockfalls into the deep vent are expected produce intermittent pulses of slightly more vigorous ash emissions. Depending on wind conditions, dustings of ash may occur in the Kilauea summit area and downwind. More energetic ash emissions are possible if explosive activity commences.

USGS/HVO continues to monitor the situation at the summit and the lower East Rift Zone 24/7 in coordination with Hawaii County Civil Defense and other emergency authorities. HVO geologists are onsite in the area this morning conducting overflights, examining the fissure vent activity for significant changes, and searching for any signs of new or resumed activity.

Hawaiian Volcano Observatory reports that fissure 18 has been renamed as fissure number 17 because yesterday’s late evening event never erupted lava. Lava spatter activity and gas emissions are occurring at this time on Halekamahina Road located to the west, or Kalapana side, of Highway 132. This newest fissure is on private property, do not trespass.

The eruption started on April 27, 2018 at 23:50 local time continues. The intensity of the volcanic tremor (indicator of surface eruptive intensity) has remained relatively stable over the last 24 hours.
The activity is still predominantly in the lava tunnel.
During the last two days, the morphology of the main cone (the most active) has evolved with the building of a small outgrowth at its apex and a narrowing of the apical mouth. The lava projections have become rare either at the level of this main cone or at the level of the secondary cone further upstream. 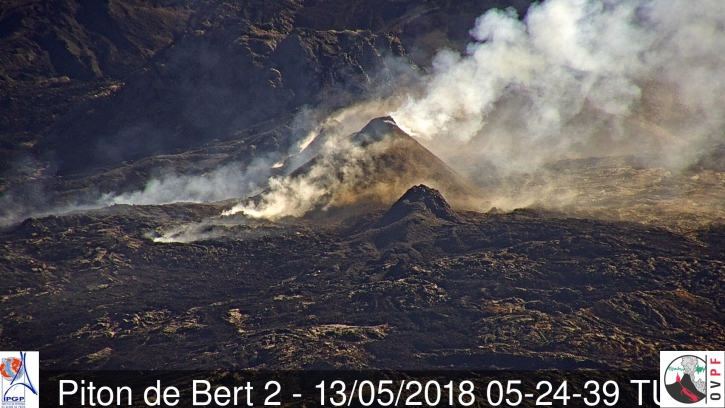 – The activity now taking place mainly in lava tunnels, the surface flows could not be estimated today from the satellite data.
The SO2 flux (recorded on the OVPF NOVAC stations) continues to decrease, consistent with a decrease in surface lava flow. Nevertheless, CO2 concentrations in the top air and CO2 concentrations in soil in the Plains region remain high.
– No significant deformation has been recorded since.
– No volcano-tectonic earthquake has been recorded in the last 24 hours under the Piton de la Fournaise building.

Volcanic Activity Summary:
According to satellite data, a moderate explosive activity of Karymsky volcano continues. An ash plume is extending for about 30 km to the south-west from the volcano.
A moderate eruptive activity of the volcano continues. Ash explosions up to 16,400-19,700 ft (5-6 km) a.s.l. could occur at any time. Ongoing activity could affect low-flying aircraft. 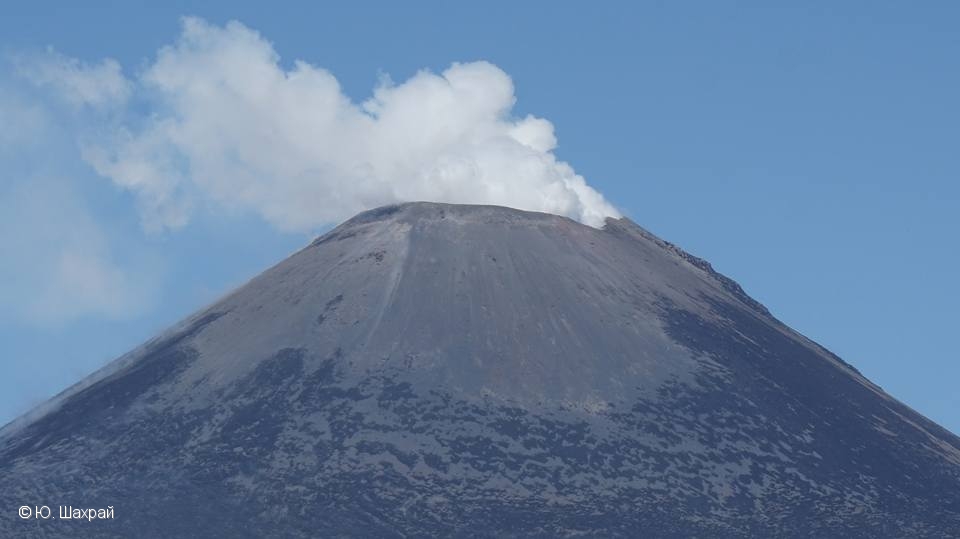 Fumarole activity of Karymsky volcano on 06 May, 2018. 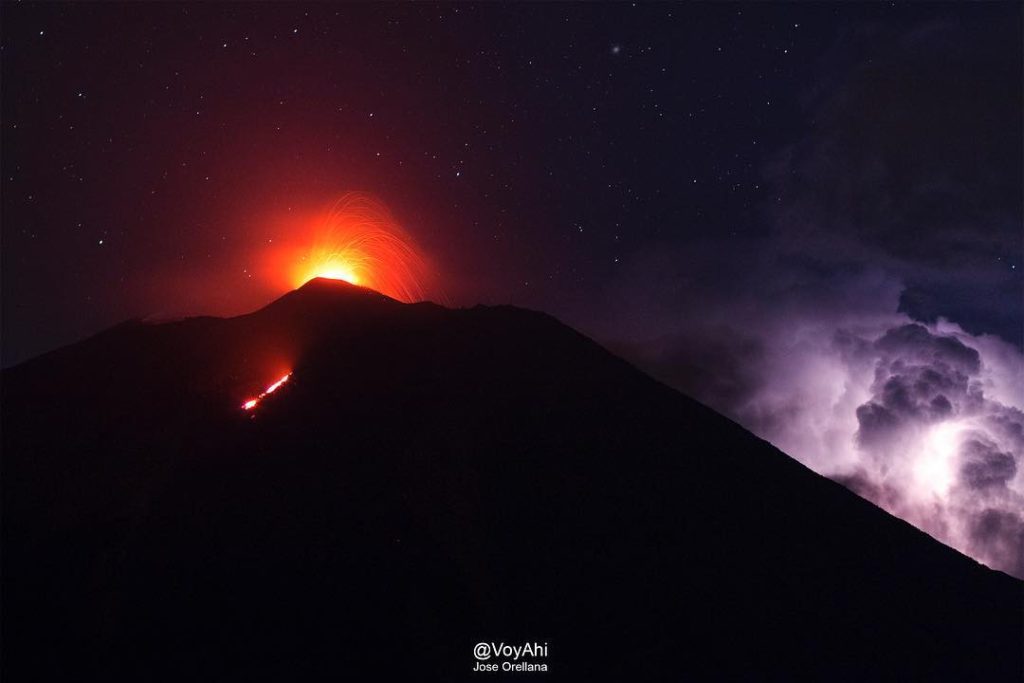 Activity:
Persistence of a Strombolian-type activity in the Mackenney crater, with explosions 50 to 75 meters high, expelling volcanic material that builds the inter-crateric cone. Currently, it increases the activity that feeds the lava flow on the West flank.

In the past 24 hours, the seismicity of the San Miguel volcano has remained stable, fluctuating between 38 and 54 RSAM units, with an average of 44 units, when the acceptable threshold is 150 units. In other words, a low level of vibration.

In May, there was no change in the activity of the volcano, despite the seismic swarm that began on the night of May 5 in the municipalities of Chirilagua-Intipucá, 30 km southeast. However, it is not excluded that in the future there will be a change in behavior (Figure 1).

Fig. 1 Vibration of San Miguel volcano with a low level of activity

At 07:59. Today, May 11, the volcano is influenced by weather conditions, masking outgassing (Figure 2).

Sulfur dioxide stream emitted during the month of April. The data collected show a downward trend at the end of April (Figure 3).

Figure 3. Sulfur dioxide flow until the end of April.

According to the monitoring carried out, so far in May, the activity of the volcano has shown a downward trend compared to what was observed during the month of April. However, the seismic radiation from the Chirilagua and Intipucá swarm could influence the activity of the volcano at any time, so it is not excluded that changes will occur in the future.
MARN continues the systematic monitoring of the volcano and maintains close communication with the Directorate General of Civil Protection and local observers. In addition, he calls tourists and mountaineers to stay away from the top of the volcano due to sudden changes in his behavior. The next report will be published on Friday, May 18th.