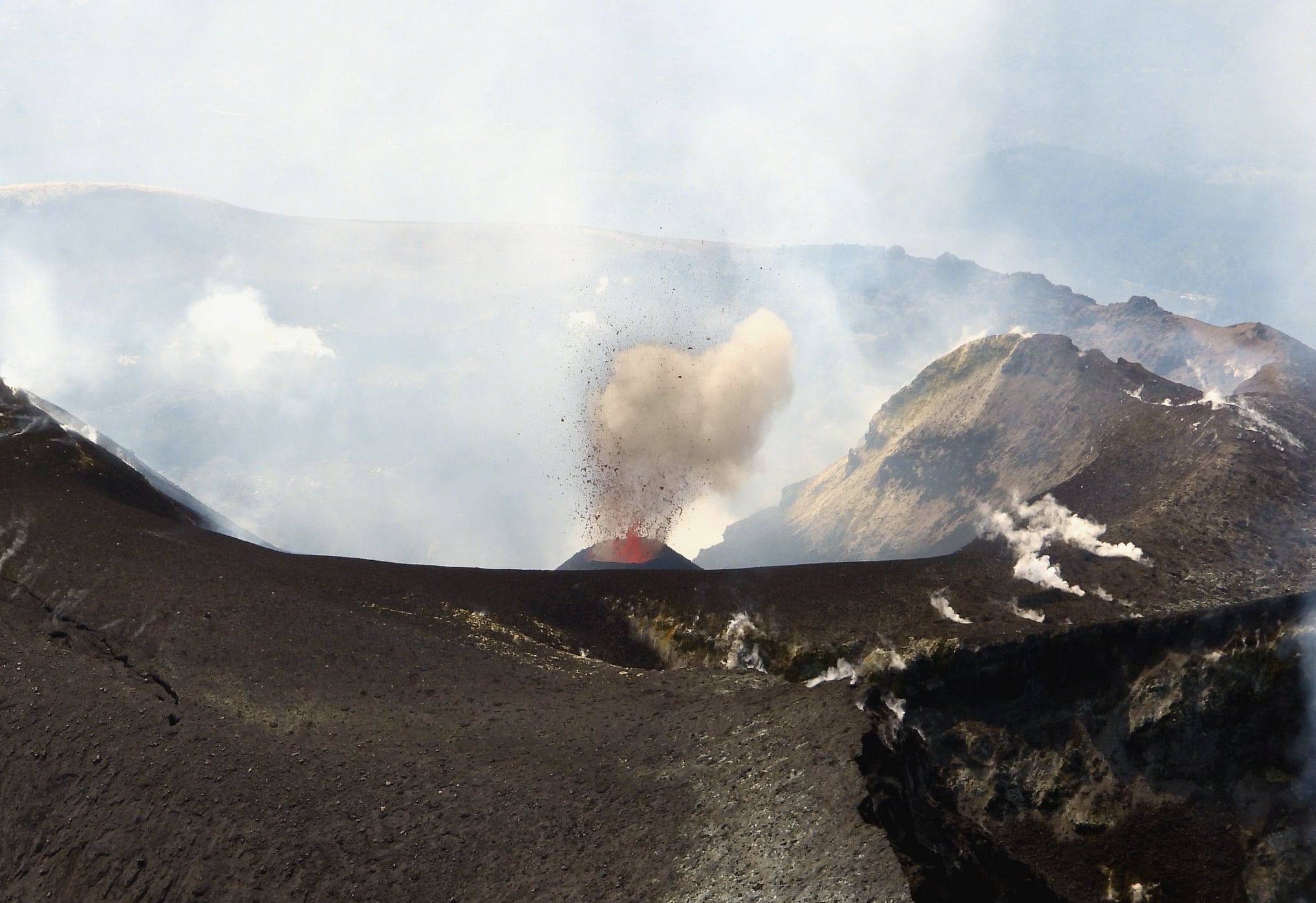 The Istituto Nazionale di Geofisica e Vulcanologia, Osservatorio Etneo reports that from observations with the aid of the surveillance cameras and by INGV staff in the field, Strombolian activity is continuing at the crater Voragine. The explosions eject coarse-grained material, which rises to several tens of meters above the crater rim, with some products falling onto the rims and outer slopes of the crater. 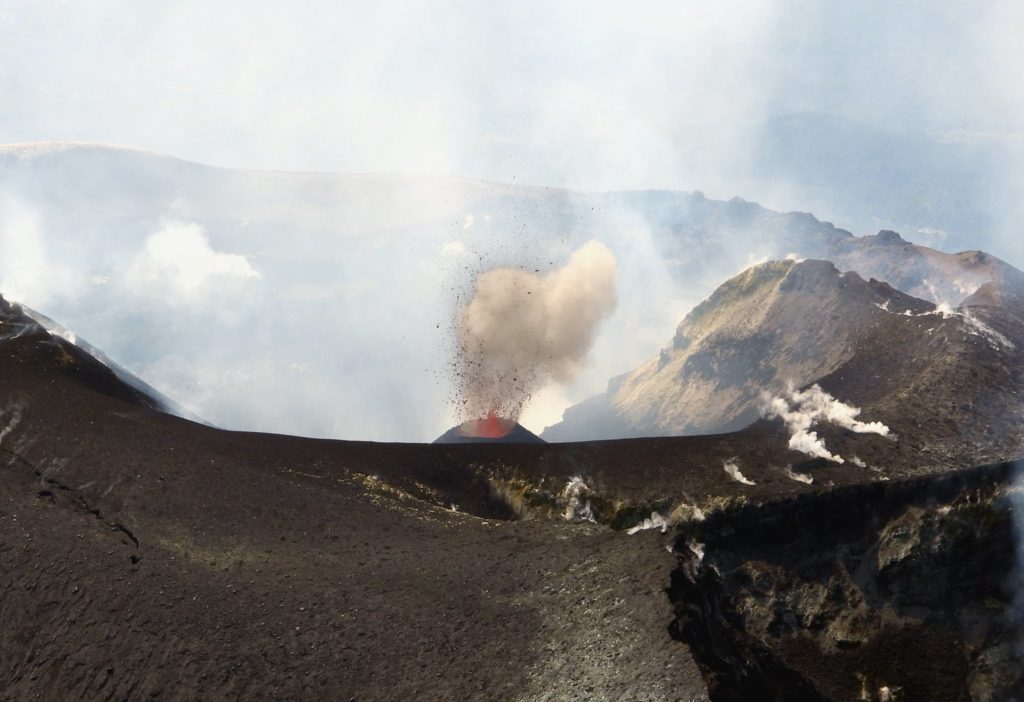 The accumulation of pyroclastic material around the vent is building a scoria cone within the crater. Occasionally, rather dilute ash emissions are observed also at the Northeast Crater, which are rapidly dispersed in the atmosphere.
The SO2 flux measued with the FLAME-Etna network, as of 09:30 h UTC, shows a mean daily value at a medium-to-low level below the threshold of attention of 5000 t/g.
During the afternoon of 13 September, the mean volcanic tremor amplitude has reached the lowest values recorded since the onset of the latest eruptive activity. During the following days up to the moment of this update, the tremor amplitude has shown a modest increase, remaining, however, at a median level. As for the localisation of the volcanic tremor source, which on Saturday 14 September was mainly below the Voragine crater, since early 15 September it has been essentially below the Northeast Crater. The tremor source is currently located in that position, at an elevation of 2700-2900 m above the sea level, with a deepening trend. 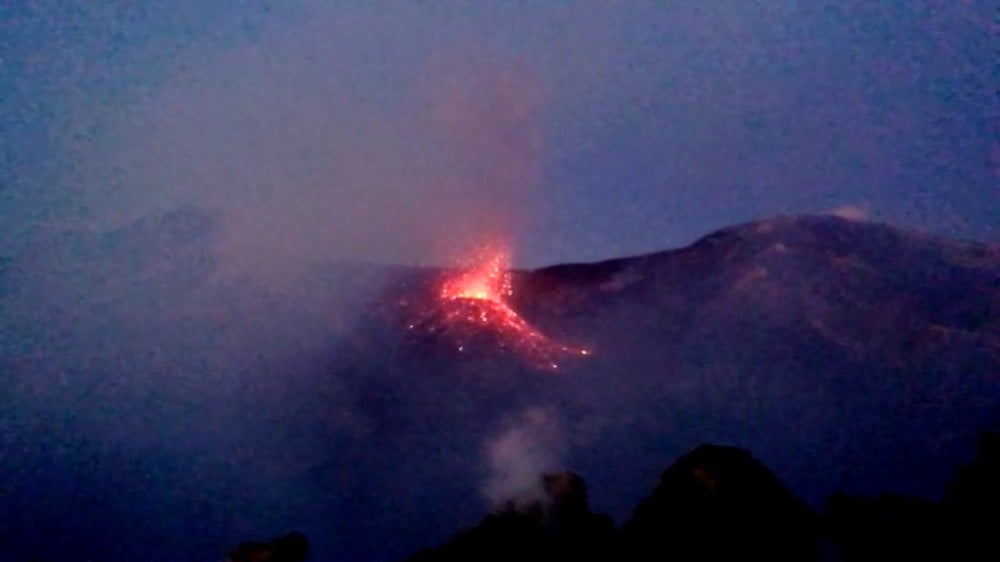 During the weekend, the infrasonic activity has shown a slight increase in the frequency of events. The sources of the events are foremost the Voragine, and to a rather minor degree also the Bocca Nuova and Northeast Crater.

Data from the ground deformation networks show no substantial variations compared to those given in our previous (12 September) report.
The images show the new pyroclastic cone that is forming within the Voragine crater, from a helicopter on the afternoon of 15 September (photo by Boris Behncke, INGV-Osservatorio Etneo), and from the south rim of the Bocca Nuova crater on the evening of the same day (photo by Francesco Ciancitto, Osservatorio Etneo). 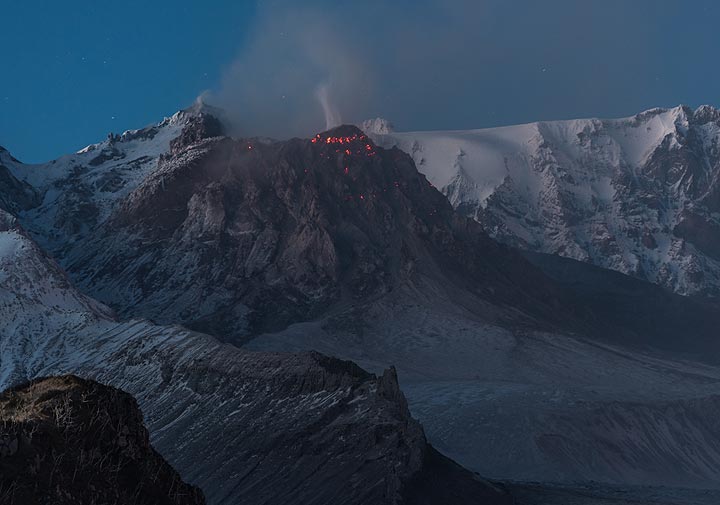 Volcanic Activity Summary:
A growth of the lava dome continues, a strong fumarolic activity and an incandescence of the dome blocks and hot avalanches accompanies this process. A gas-steam plume containing some amount of ash continues to extend for 110 km to the south-southeast of the volcano.
Explosive-extrusive eruption of the volcano continues. Ash explosions up to 32,800-49,200 ft (10-15 km) a.s.l. could occur at any time. Ongoing activity could affect international and low-flying aircraft. 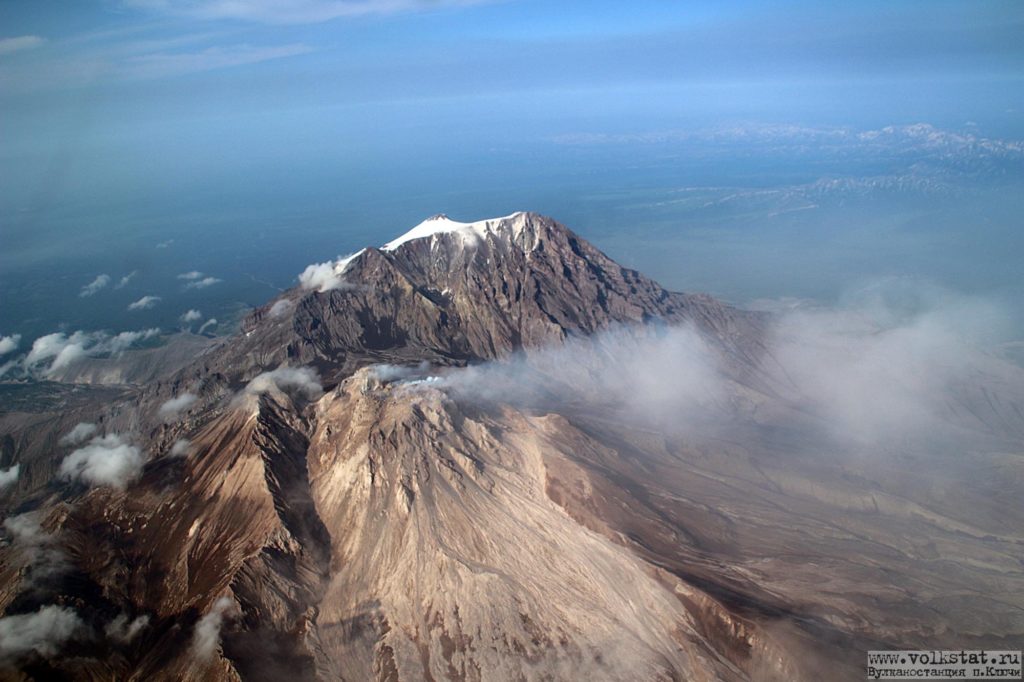 The activity at the volcano remains relatively high, although it has decreased since a recent peak of activity two weeks ago. During our (still ongoing) expedition to Kamchatka, we observed the volcano during 10-12 Sep 2019:
The intense ash emission from 30 August (plume heights reaching 34-36,000 ft) had left a deposit of extremely fine-grained gray ash up to 2 cm high in 10-12 km distance, and still covered most vegetation with a millimeter-thick gray layer in the area of Klyuchi village (approx. 50 km distance).
When weather conditions allowed clear views, we often saw small rockfalls that occurred every few minutes mainly from the eastern part of the active dome, but no explosions and no pyroclastic flows. The rockfalls generated ash plumes that rose up a few hundred meters.
At night, the currently active part of the dome occupying the eastern part of its summit was observed weakly glowing. It has formed a sizeable dome on top of the main dome.
A massive lava lobe on the SW side of the dome, which probably had formed earlier this year (?) during Shiveluch’s current eruptive phase seemed no longer active and its flanks covered with snow.

The JMA reports an eruption at Sakurajima this 16 September from 7:46; it is accompanied by a gray plume at 2,800 meters above the crater Minamidake (3,900 m asl.). The plume moved southwest, with ash falls on Kagoshima and Minamikyushu, which can disrupt traffic.
The eruption is in progress. 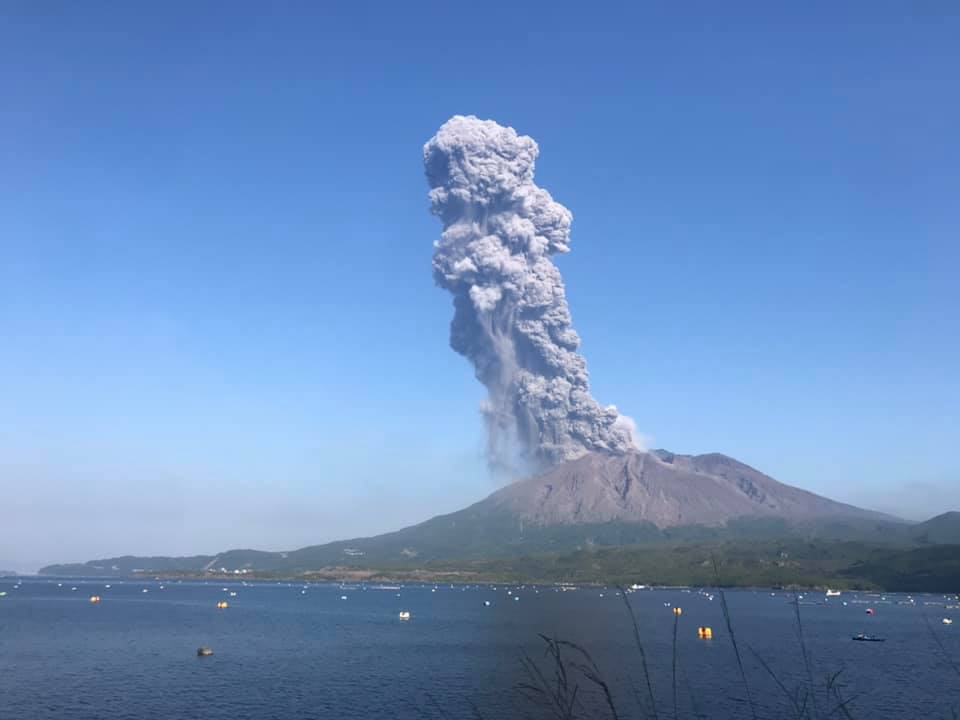 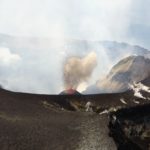 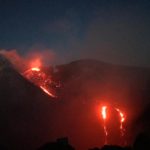