Seismicity :
In June 2019, the OVPF recorded at Piton de La Fournaise:
• 263 shallow volcano-tectonic earthquakes (0 to 2 km depth) below the summit craters;
• 1 deep earthquake (>2 km depth);
• 162 rockfalls (inside the Cratère Dolomieu or along the cliff of the Enclos Fouqué caldera). 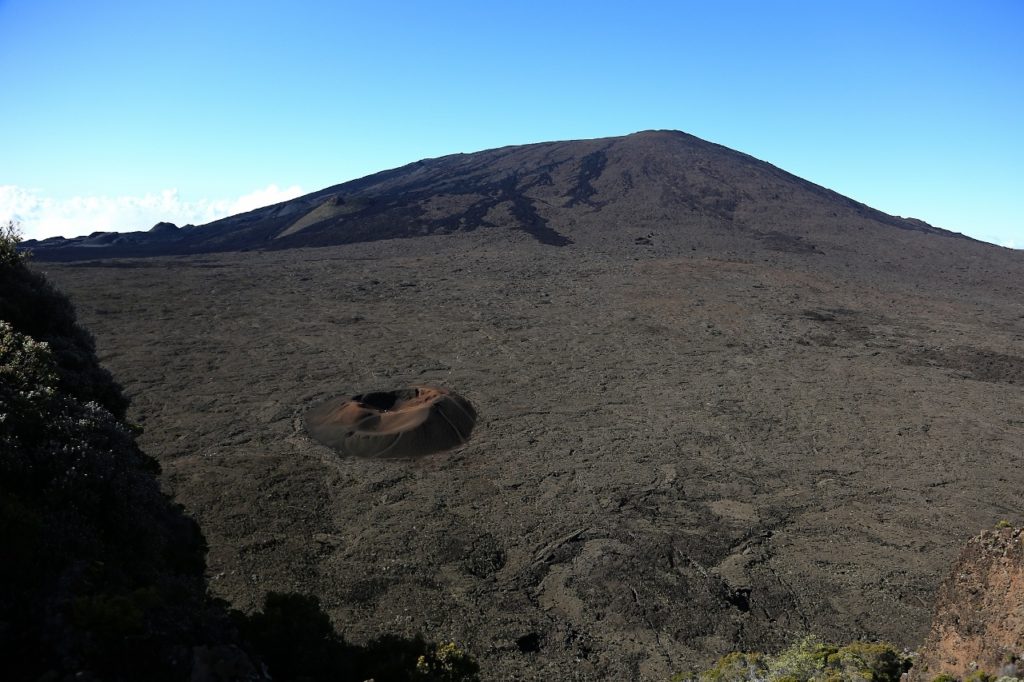 In June 2019, the volcano-tectonic activity below the summit of Piton de la Fournaise has been mainly characterized by the seismic crisis preceding the June 11-13, 2019 eruption (with 176 earthquakes in about 30 minutes) .
From July 1 to 11, a mean of 6 volcano-tectonic earthquakes per day has been recorded below the summit, in the continuity of the increased seismic activity recorded since May 21, and thus preceding the eruption of June 11-13.
The summit volcano-tectonic activity, which had decreased following the eruption, appears to increase again since June 21, and 10 events were detected on June 30 .

Deformation :
Since early May 2019 until the June 11-13, 2019 eruption, the OVPF deformation measurement networks recorded an edifice inflation (indicated by a max. of about 3 cm of distance elongation between two GNSS stations that are spanning the base of the terminal cone. This phase of inflation preceded the June 11-13 eruption and is thought to be linked to the pressurization of the shallow magma reservoir, located at ~1.5-2 km depth below the summit. The magma intrusion leading to the eruption was accompanied by rapid deformation reaching up to 12-13 cm on a permanent GPS station that is located in the eastern part of the summit , close to the later location of the eruption.

Just after the June 11-13 eruption, the edifice inflation renewed . 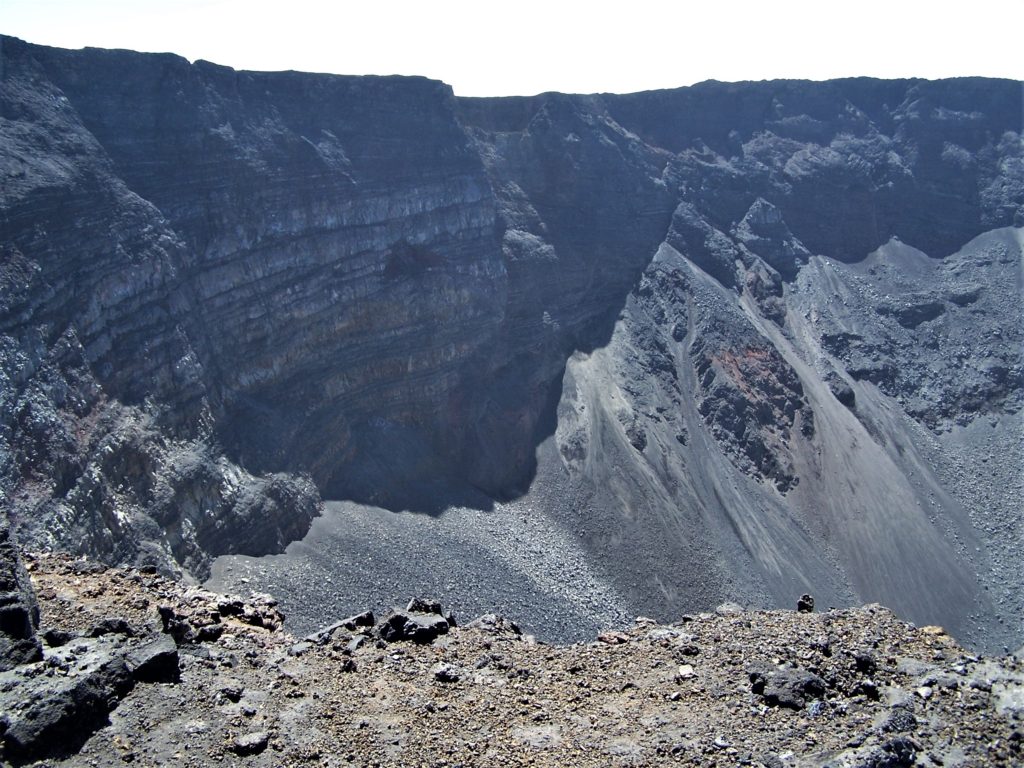 Composition of the summit fumaroles by the Multigas method:
The MultiGas station is currently out of service.

SO 2 flux in the air in the Enclos Fouqué by DOAS method:
NOVAC stations detected the eruption plume from 11-13 June with a maximum of about 6kt / day.
Note that degassing was always recorded following the end of the eruption and until June 21, such a phenomenon is quite unusual at Piton de la Fournaise.

Phenomenology :
The month of June 2019 was marked by a short-lived eruption on the outer south south-eastern slope of the Dolomieu crater, which lasted 2.2 days, from June 11 to 13.

Summary :
The continuous edifice inflation recorded since May 2019, as well as the increase in seismicity and intermediate soil CO2 flux in the far field, was the sign of a deep magma refilling and a pressurization of the shallow magma reservoir. This pressurization led to the June 11-13 eruption, which only partially drained the reservoir. Thus, at the end of the eruption the volcano inflation resumed.

Analysis of records obtained from the seismic network of the Sabancaya volcano for the period 24 to 30 June 2019 has identified the occurrence of about 2413 earthquakes of volcanic origin, the highest percentage being associated with the movements of magmatic fluids. During this week, 17 average daily explosions of low intensity were recorded. 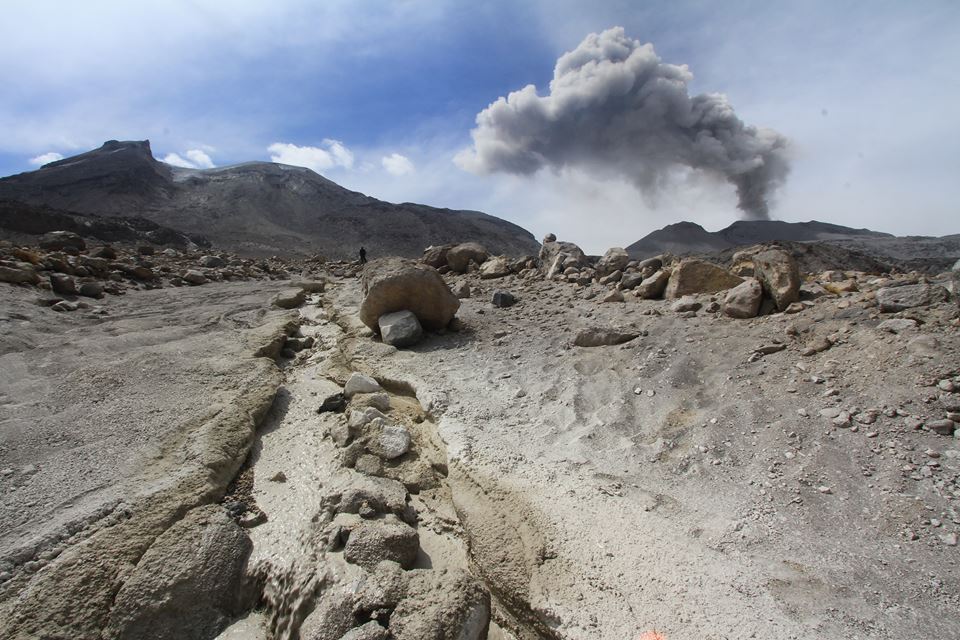 The monitoring of the deformation of the volcanic structure, using GNSS data (processed with fast orbits), presents no significant anomalies. Visual surveillance, using surveillance cameras, identified the appearance of columns of gas and ash up to 2.6 km high above the summit of the volcano (June 26, 2019), including ashes have been dispersed to the eastern, south-eastern and north-eastern sectors of Sabancaya. Satellite monitoring identified 7 volcanic anomalies on the volcano with values between 1 and 51 MW, associated with the presence of a hot body near the surface and the occurrence of explosions. continuously.

Activity:
Because of the weather conditions, it is not possible to observe the complex of domes, there were 43 light to moderate explosions in 24 hours that emit columns of ash at a height of 3,200 meters (10,500 feet) dispersed to the southwest. Slight to moderate avalanches are noted on the east and south-east flanks.

Recent work and news:
In June 2019, Steamboat geyser smashed more records! During the month, 7 water eruptions occurred, on June 1, 7, 12, 15, 19, 23, and 28, bringing the total number of eruptions for the year to 25. At this rate, the annual record for eruptions—32, set last year—will fall this summer! June also saw the shortest interval between eruptions that has ever been recorded—slightly over 3 days. University of Utah and National Park Service scientists deployed a network of 51 temporary seismometers around Steamboat geyser in mid-June and have already captured 4 water eruptions. These data will be a terrific complement to last year’s May-June deployment and should teach scientists quite a lot about Steamboat’s activity patterns and plumbing system! In addition to work at Steamboat, UNAVCO engineers visited Global Positioning System (GPS) stations around the park to conduct routine maintenance. 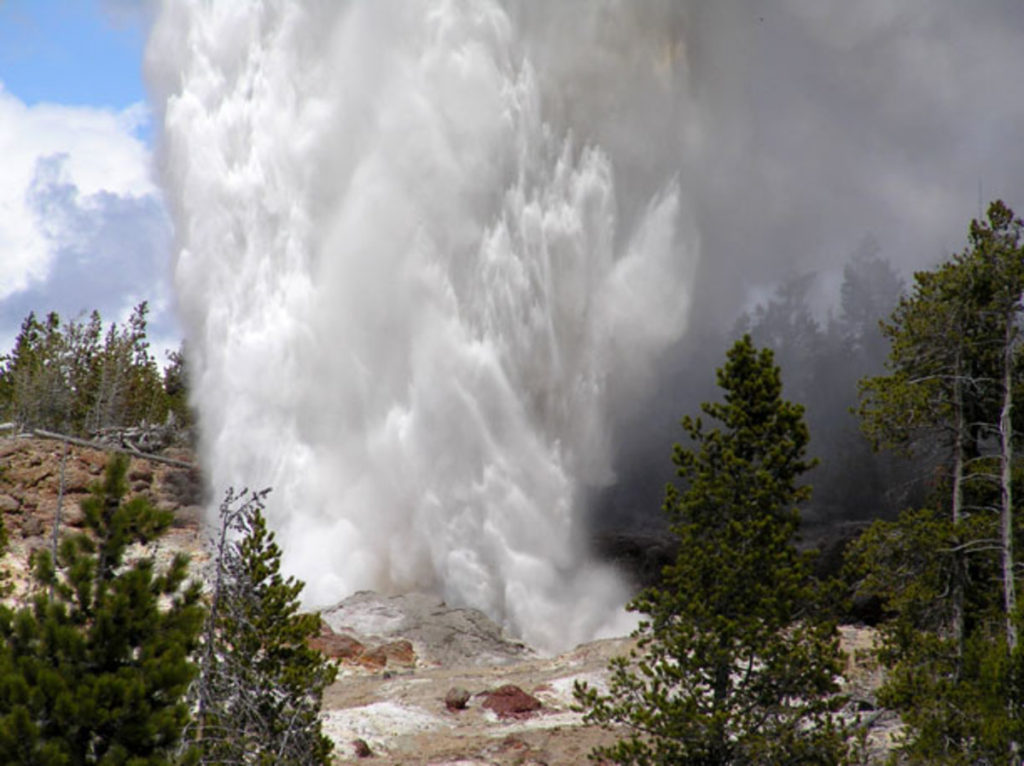 Seismicity:
During June 2019, the University of Utah Seismograph Stations, responsible for the operation and analysis of the Yellowstone Seismic Network, located 73 earthquakes in the Yellowstone National Park region. The largest event was a microearthquake of magnitude 2.0 located 5 miles north of West Yellowstone, MT, on June 14 at 2:25 AM MDT. The earthquake was not reported felt. 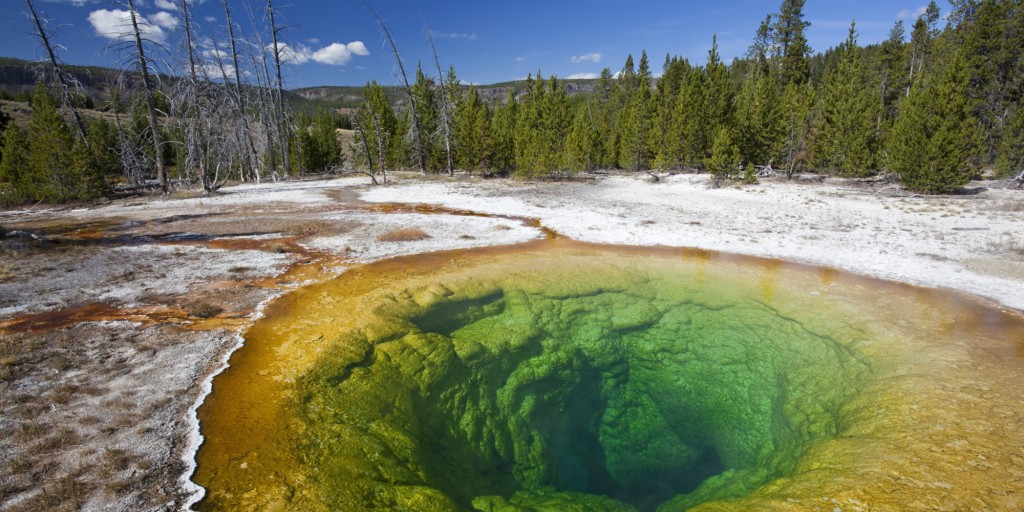 Ground deformation:
There were no major changes in surface deformation in the Yellowstone area as recorded by GPS stations. Ground subsidence of Yellowstone caldera continues, as it has since 2015, at a rate of 2-3 centimeters per year. Minor fluctuations in subsidence rate are most likely due to seasonal changes in snow melt and lake level. In the area of Norris Geyser Basin, GPS data show little change since October 2018. 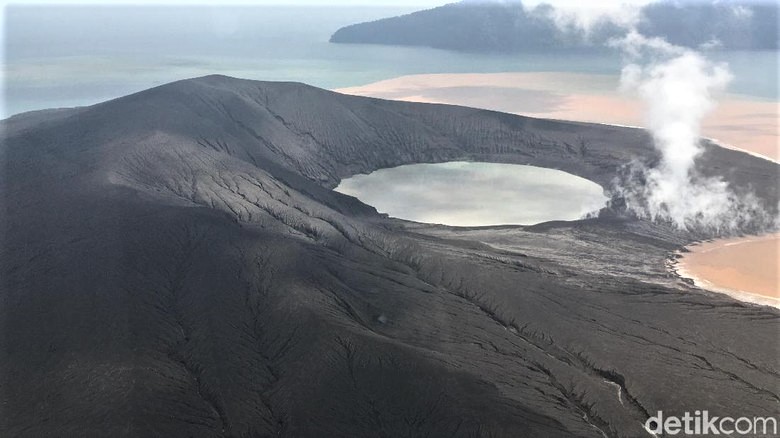 Level of activity at level II (Waspada), since March 25, 2019. The G. Anak Krakatau (157 m altitude) has increased its volcanic activity since June 18, 2018 which was followed by a series of eruptions from September 2018 to February 2019. In June 2019, eruptions still occur but decreasing intensity.
Since yesterday and until this morning, the volcano was covered with fog. The smoke from the crater is not observed. The wind is weak in the north and southwest. 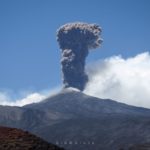