During this period, 329 seismic events were recorded, of which 301 were classified as long period type (LP) events in relation to fluid dynamics within the volcano and / or glacial dynamics. The larger magnitude event had reduced displacement values (DRC) equal to 13 cm2. In addition, it has been classified 28 volcano_tectonic (VT) type events, associated with the fracturing of rigid materials. The event of greatest energy had a local magnitude (ML) equal to M 2.2 and was located 1.9 km north of the crater at a depth of 1.6 km.

The indications of the electronic inclinometers have not shown any changes in relation to changes in the internal dynamics of the volcano.

No thermal warning has been reported in the volcano-associated area, according to data processed by infrared, means of observation of volcanic activity (Mirova) (http://www.mirovaweb.it/) and MODVOLC (http : //modis.higp.hawaii.edu/).

Activity remained at levels considered low, suggesting stable behavior of the volcanic system.
For the above, the volcanic alert is maintained at the level:
GREEN LEVEL: Changes in the behavior of volcanic activity – Probable time for an eruption: WEEKS / MONTH. 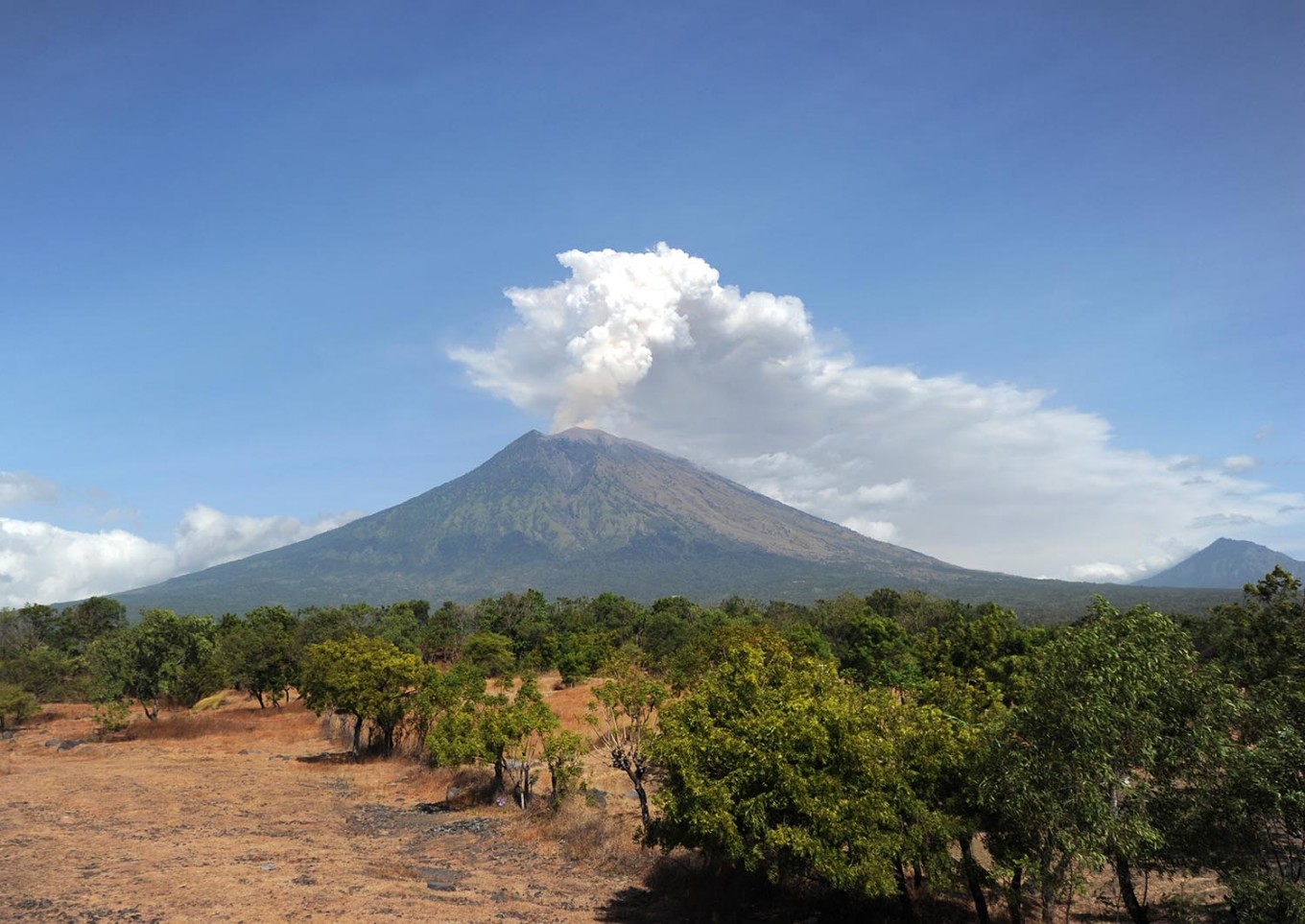 Currently, G. Agung is at Level III (SIAGA) with recommendations:
Communities around Mount Agung and mountaineers / visitors / tourists should not climb or carry out any activity within the estimated risk area, ie all areas within a 4 km radius of Mount Agung G. crater. The estimated danger zone is dynamic and continues to be evaluated. It can be modified at any time to follow the most recent observation data of G. Agung.

Communities living and traveling around streams from Gunung Agung are sensitized to the potential secondary hazard in the form of lahar descents that can occur especially during the rainy season and if the eruption material is still exposed in the rainy season on the peak area.

Special file 10. Decrease in the activity of the Chaparrastique volcano.

The Chaparrastique volcano has shown a decrease in seismic activity and gas emissions, indicating that the movement of fluids (gas and ash) within the volcanic system has decreased considerably and that the system tends to equilibrate ( figure 1).

Figure 1. The emission of gas is almost imperceptible in the volcano.

From 6am on January 9, the seismicity of the volcano showed a downward trend (Figure 2), indicating that the internal system of the volcano is relaxing and could reach its equilibrium.

Figure 2. The behavior of volcanic seismicity tends to decrease.

Over the past 24 hours, seismic vibration (RSAM) values have tended to decrease and fluctuate between 104 and 139 units, with an hourly average of 120 units, when the threshold is 150 units.
The local observers network (ROL) of the volcanic area reports that gas emissions have decreased significantly (Figure 3). 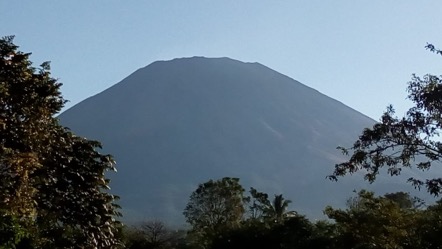 Figure 3. The emission of gas is almost imperceptible. Image provided by the Civil Protection in charge of San Jorge.

Analysis of the current situation suggests that the volcano exhibits a decrease in activity, seismicity (RSAM) and gas emission, due to the fact that the system tends to reach equilibrium. However, as it has shown at earlier dates, this volcano may exhibit a sudden change in seismic activity, which would indicate a process of depressurization and relaxation of the volcanic system, likely to induce higher energy eruptive activity. , the most likely scenario remains the generation of gas and ash that, depending on the altitude and direction of the winds, could affect the municipalities of San Rafael Oriente, San Jorge and Chinameca.

MARN continues the systematic monitoring of the volcano and maintains close communication with the Directorate General of Civil Protection and local observers; also calls on locals, tourists and climbers to stay away from the crater as the volcano undergoes sudden changes in activity and emits gases and ashes.
In case of significant change, a special preliminary report will be published.

Following unrest characterized by increased volcanic earthquakes between November 15 and December 26, 2017 and inflation of the upper slopes in December 2017 based on continuous GPS observation, Kanlaon Volcano has been exhibiting a protracted decline in overall activity. This trend is supported by these observation parameters:

1. Volcanic Earthquake Activity: Despite elevated seismicity recorded on January 4 and 5, April 16, June 27, August 16, and December 8 and 12, the seismic activity in the year 2018 was generally declining to low levels (average of ~4 earthquakes/day) but presently remains above baseline levels of 0-2 volcanic earthquakes/day. Much of the seismicity emanated from shallow sources within and beneath the volcanic edifice.
2. Ground Deformation: Recent data from continuous GPS measurements show inflation of the edifice but at a significantly slow rate, which is more likely due to the pressurization from a shallow hydrothermal system.

3. Volcanic Gas Emission: Sulfur Dioxide emission or SO2 flux from Kanlaon crater based on campaign gas spectrometry has waned from a high of 5129 tonnes/day in 29 December 2017 to an average of 482 tonnes/day since June 2018. The latest flux was recorded at 122 tonnes/day on December 2018. The relatively low levels of SO2 flux indicate current passive degassing from the hydrothermal system, rather than directly of stored magma, beneath the edifice.
4. Visual Observation of the Summit: Active steam-dominated degassing from the summit crater has been weak to moderate since 26 December 2017, consistent with a decline in hydrothermal activity.

In view of the above observations, PHIVOLCS is now lowering the alert status of Kanlaon Volcano from Alert Level 2 to Alert level 1. This means that observational parameters have returned to low levels and no magmatic eruption is foreseen in the immediate future. However, in the event of a renewed increase in any one or combination of the above monitoring parameters, the alert status may step up once again to Alert Level 2. The public is still reminded to avoid entry into the 4-kilometer radius Permanent Danger Zone (PDZ) due to perennial hazards of rockfalls, avalanches, sudden outgassing and steam-driven or phreatic eruption at the summit area. DOST-PHIVOLCS is closely monitoring Kanlaon’s condition and any new development will be immediately communicated to all concerned.

On January 10, 2019, at 09:05 local time, there was an eruption on the Turrialba volcano, with a column that rose 200 meters above the crater height and 3540 m (11611.2 ft).
Duration of the activity: 1 hour 30 minutes.
The seismic activity is similar to that of yesterday.
At the time of writing, winds are blowing from the southwest. 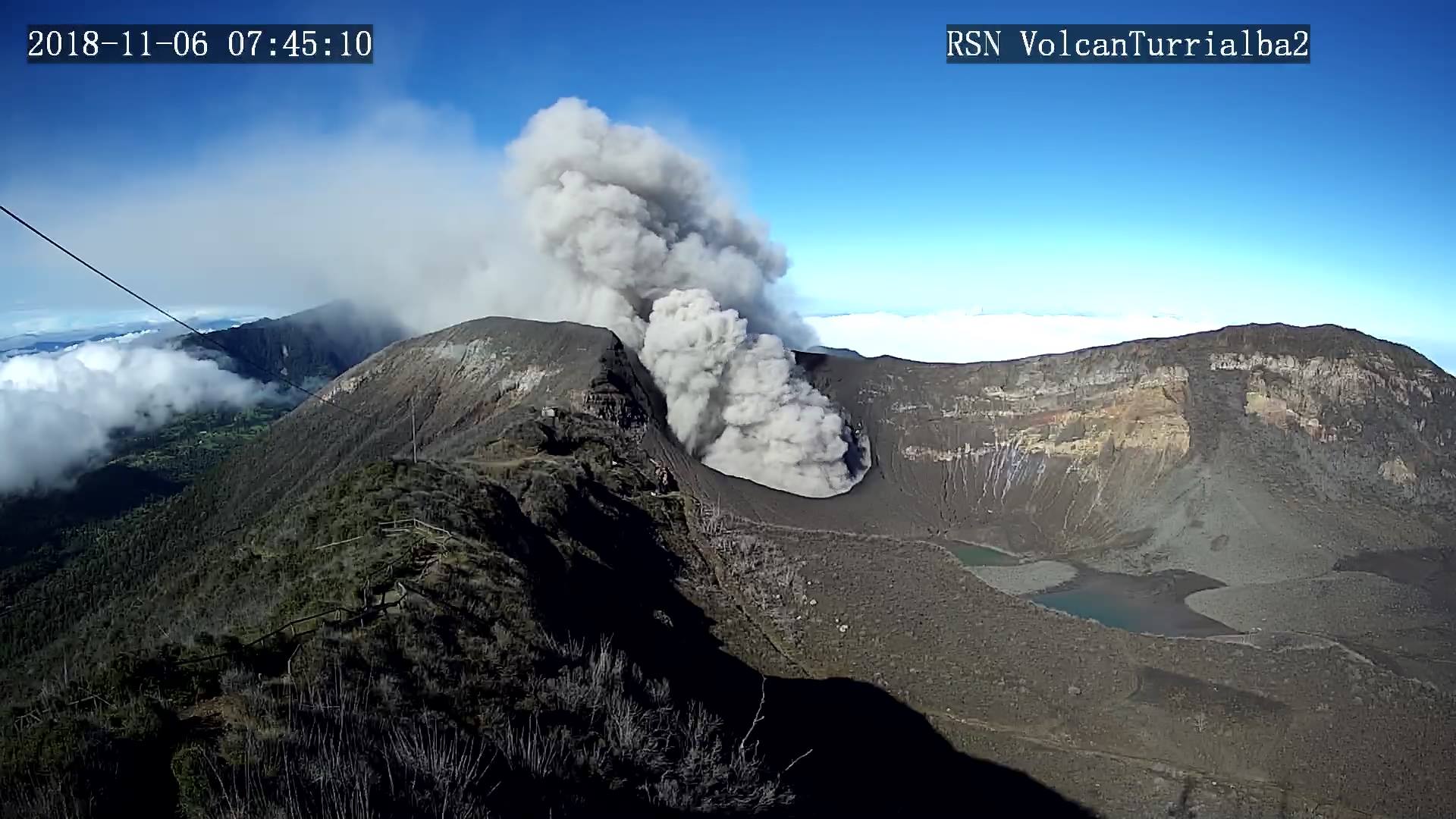 The Turrialba volcano has frequent and prolonged passive eruptions, as well as varying in their ash content. The plumes do not rise more than 300 meters above the crater. The dominant direction of the wind during the night and early morning was south. Seismicity is still dominated by low-frequency, low-amplitude volcanic earthquakes, in addition to occasional, low-amplitude eruption-related tremors. No ash drop or strong smell of sulfur has been reported.

Poas Volcano:
On January 10, 2019, at 8:36 local time, there was an eruption on the Poas volcano, with a column that rose 200 meters above crater height and 2908 meters above sea level. the sea (9538.24 ft).
Duration of the activity: 4 minutes.
The seismic activity is lower than yesterday.

At the time of writing, winds are blowing from the southwest.
Steam eruptions are more frequent and lower in intensity as the lake level decreases. The lake has been reduced to an area that covers the old dome. Seismicity is dominated by a constant tremor of low frequency. The ratio between CO2 and SO2 concentrations fluctuates between 1 and 10, while SO2 concentrations remain below 5. There are 2 active fumaroles, with bubbling activity and underwater activity with steam eruptions. frequent and bubbling. The temperature of the fumaroles is around the boiling point. 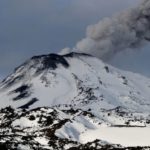