A small-volume lahar that began at approximately 7:04 PM yesterday, 26 June, was detected by seismic and infrasound stations of the Bulusan Volcano Network (BVN). The event lasted fifty-four (54) minutes during a period of thunderstorm over Sorsogon Province. Ocular investigation by the Bulusan Volcano Observatory (BVO) confirmed thin channel-confined lahar deposits along Calang Creek in Brgy. Cogon, Irosin, the major channel draining the southwestern slopes of Bulusan. 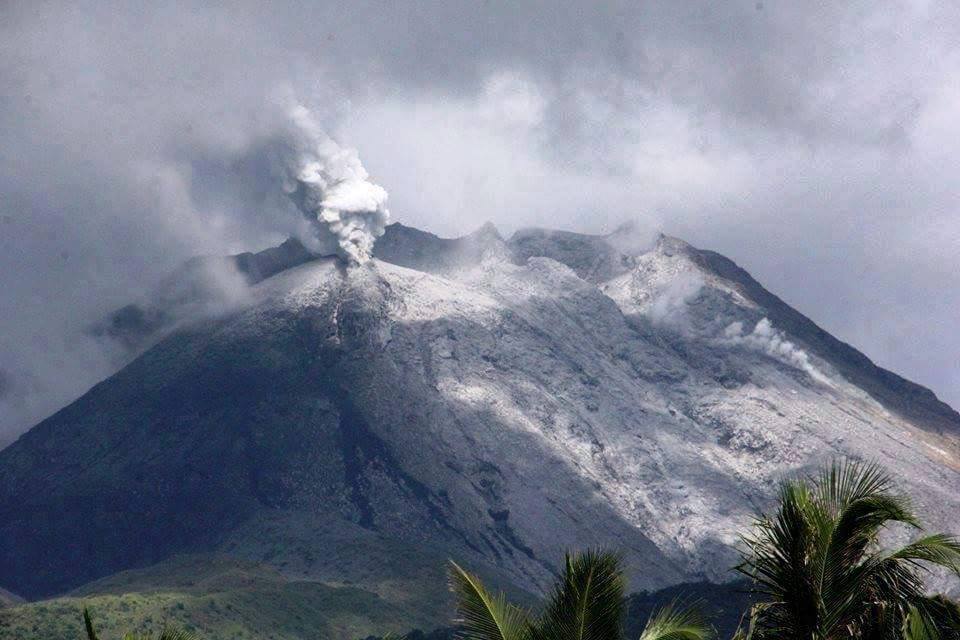 Alert level 1 still prevails over Bulusan Volcano, which means that it is currently at low-level unrest. Local government units and the public are reminded that entry into the 4-kilometer radius Permanent Danger Zone (PDZ) must be strictly prohibited and that vigilance in the 2-kilometer Extended Danger Zone (EDZ) on the southeast sector must be exercised due to the increased possibilities of sudden and hazardous phreatic eruptions. Civil aviation authorities must also advise pilots to avoid flying close to the volcano’s summit as ash from any sudden phreatic eruption can be hazardous to aircraft. Furthermore, people living within valleys and along river/stream channels especially on the southeast, southwest and northwest slopes of the volcano edifice should be vigilant against sediment-laden stream flows and lahars in the event of heavy and prolonged rainfall especially after a phreatic eruption occurs.

DOST PHIVOLCS is closely monitoring Bulusan Volcano’s condition and any new development will be communicated to all concerned stakeholders. 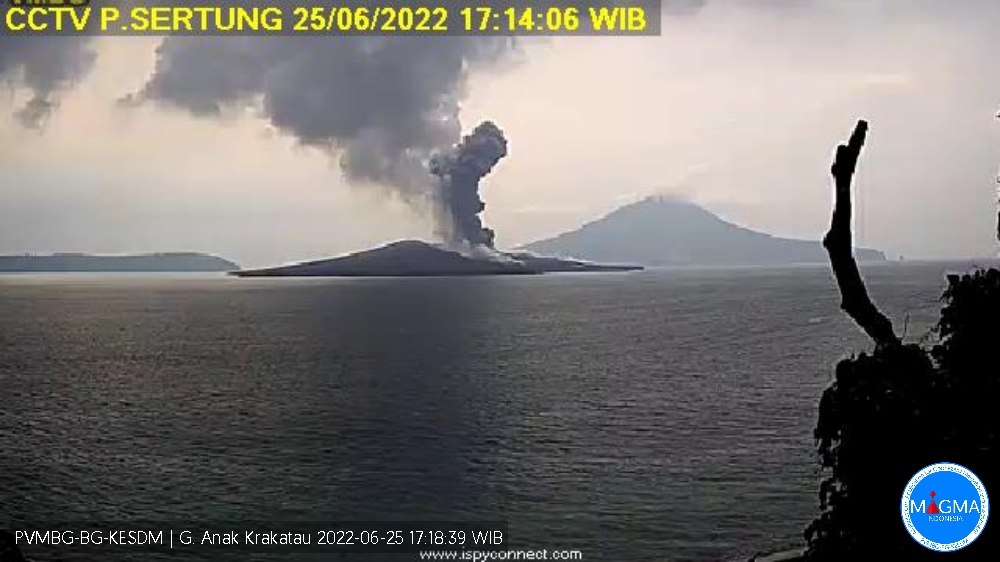 Volcanic Cloud Height :
Best estimate of ash-cloud top is around 1782 FT (557 M) above sea level, may be higher than what can be observed clearly. Source of height data: ground observer.

Other Volcanic Cloud Information :
Visuals directly from the cctv were observed eruptions with the color of the thick black eruption smoke 400m from the top of the volcano, the wind direction slowly to the southwest. 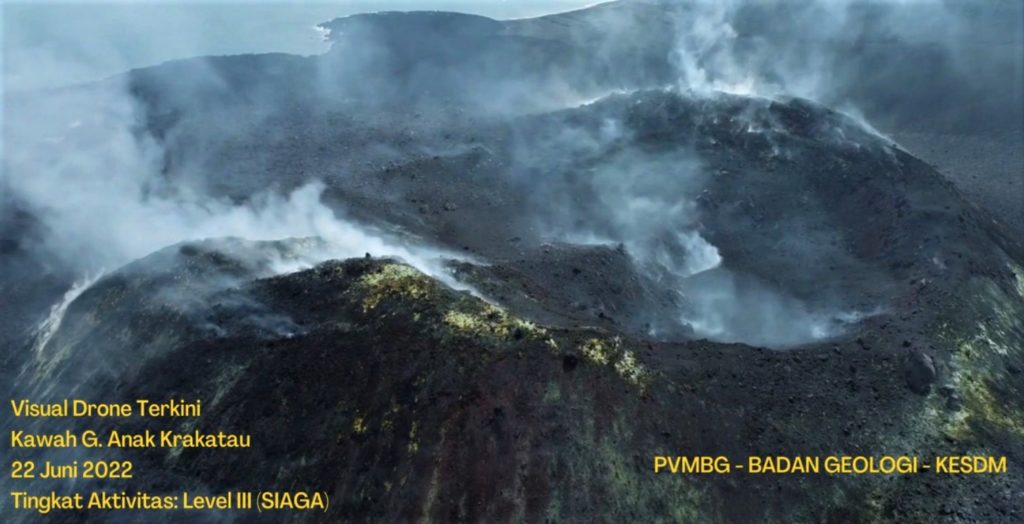 Mount Anak Krakatau erupted on Saturday June 25, 2022 at 5:12 p.m. WIB with an ash column height observed at ± 400 m above the summit (± 557 m above sea level). It is observed that the ash column is gray in color with a thick intensity towards the southwest. This eruption was recorded on a seismograph with a maximum amplitude of 49 mm and a duration of 30 seconds.

CLIMATOLOGY
The weather is sunny to cloudy, the wind is weak oriented to the North-West. The air temperature is around 25.7-30°C. Humidity 55-65%. 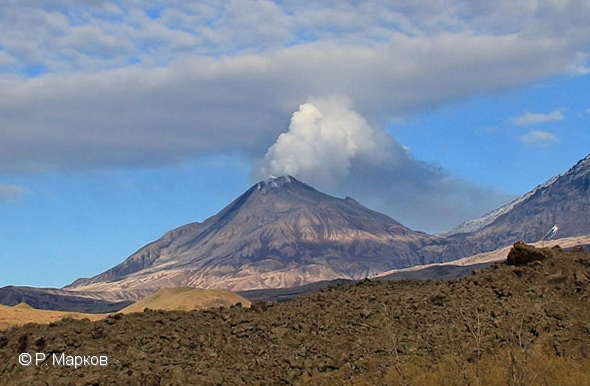 The fumarole activity of Bezymianny volcano on 07June, 2022. A lava flow continues to be squeezed onto the lava dome eastern slope.

On Sunday June 26 at 12:24 p.m. local time (4:24 p.m. UTC), the monitoring stations installed near the Tupungatito volcano recorded an earthquake associated with the fracturing of the rock (volcano-tectonic type). 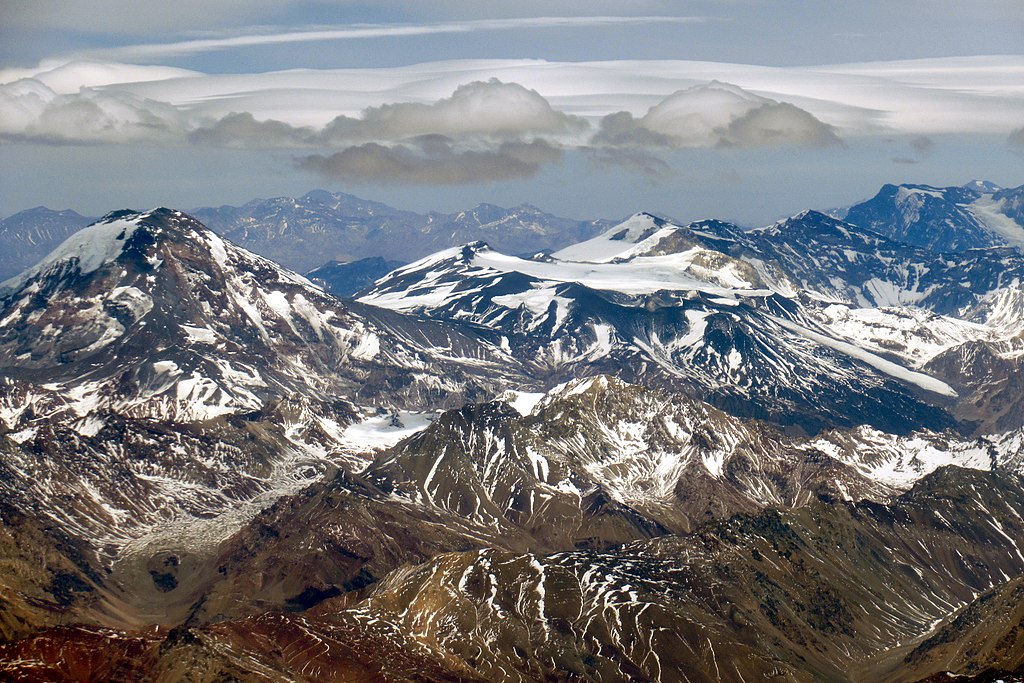 COMMENTS:
At the time of issuing this report, other events with similar characteristics, with lower energy, have been recorded. Localized seismicity is concentrated mainly at the same epicenter as the reported event. The camera images do not record any superficial activity following these events.

Despite intermittent gas pulses, volcanic gas emissions have declined. Volcanic tremor remains low, while the Crater Lake temperature has recovered slightly to 25 °C. The Volcanic Alert Level remains at Level 2.
Over the last week, volcanic tremor has remained weak at Mt. Ruapehu. It has been 10 days since the last notable tremor, and almost a month since the period of strong tremor that commenced in mid-March 2022. Crater Lake (Te Wai ā-moe) temperature decreased from a high of 40 °C in early-May to 21 °C on June 14, and in the last two weeks has recovered to 25 °C. This is consistent with heat flow into the lake of 250-300 MW.

The end of the period of strong volcanic tremor, from mid-March to early-June, indicates that active magma intrusion has slowed or stopped. This interpretation is supported by generally lower gas emission rates. However, gas emissions are also quite variable indicating small, short-lived pulses of gas are still reaching the surface. When taken together with the slight recovery of Crater Lake temperature, the observations remain consistent with a continued period of moderate volcanic unrest at Mt Ruapehu.

Within the next two weeks, the most likely outcome of the ongoing unrest is no eruption. Minor eruptive activity, confined to the lake basin, is also possible, which could generate lahars (volcanic mudflows) in the Whangaehu River. Despite low levels of volcanic tremor, the observation of small, short-lived pulses of gas and a slight recovery of the Crater Lake temperature remain consistent with a continued period of moderate volcanic unrest at Mt Ruapehu and therefore the __Volcanic Alert Level remains at Level __2. The Aviation Colour Code remains at Yellow.

The Geophysical Institute of Peru (IGP) reports that the eruptive activity of the Sabancaya volcano remains at moderate levels, that is to say with the recording of an average of 18 daily explosions, with columns of ash and of gas up to 2.0 km altitude above the summit of the volcano and their subsequent dispersion. Therefore, for the following days, no significant change is expected in eruptive activity.

Monitoring the deformation of the volcanic structure using GNSS techniques (processed with fast orbits) does not show any significant anomalies. However, in general, an inflation process has been observed in the northern sector (surroundings of the Hualca Hualca volcano). Visual surveillance identified columns of gas and ash up to 2.0 km above the summit of the volcano, which were dispersed to the southeast, east and south sectors of Sabancaya. Satellite recordings have identified the presence of 6 thermal anomalies, with a maximum value of 18 MW, associated with the presence of a lava body on the surface of the volcano’s crater. 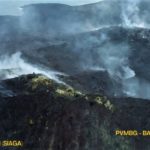 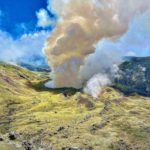