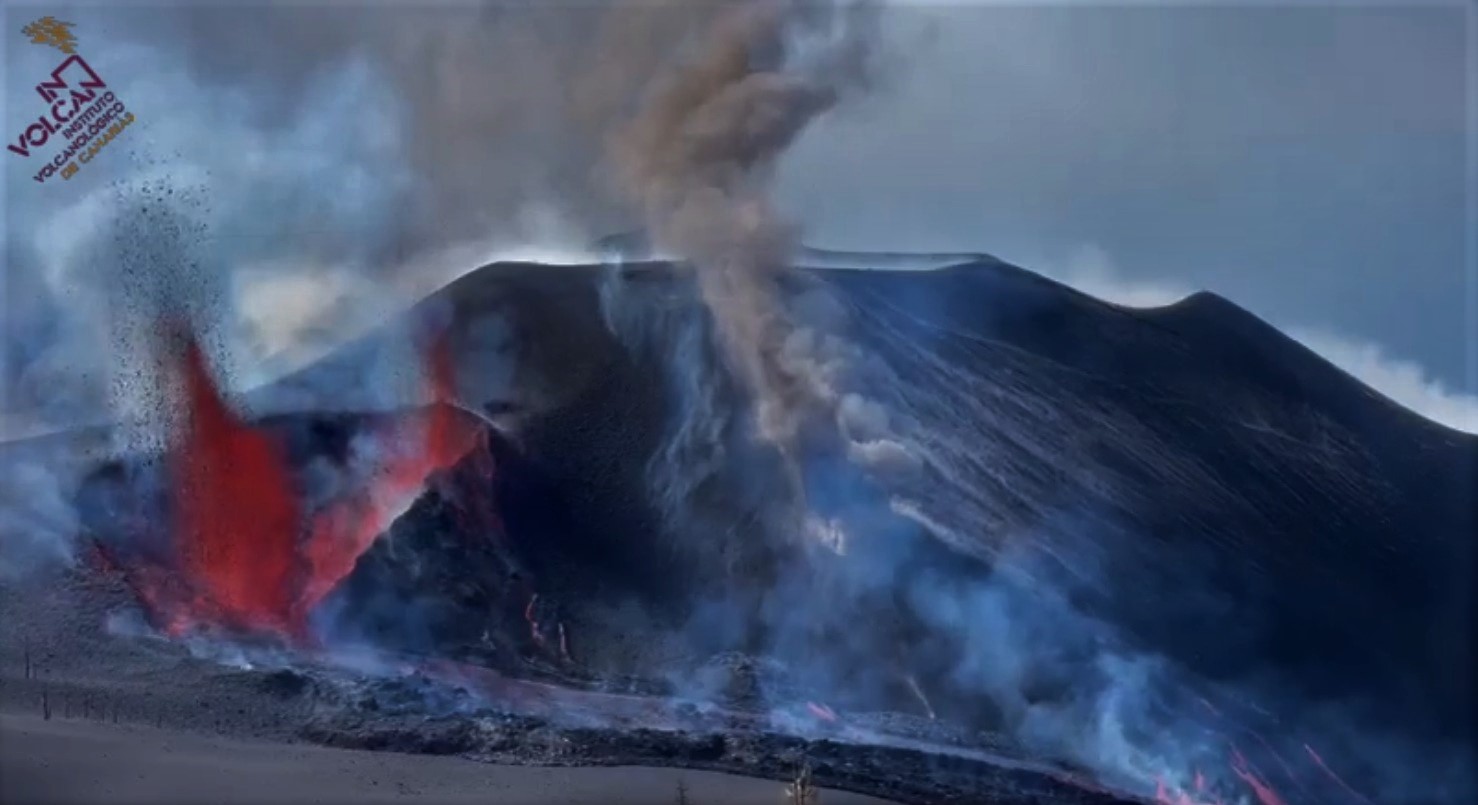 Since the last declaration, a total of 91 earthquakes have been located in the area affected by the volcanic reactivation on the island of La Palma, of which 6 were felt by the population.
Seismicity continues below the central area of Cumbre Vieja in the same areas of the previous days, 73 of these earthquakes are located at depths of 10 to 15 km and the rest at depths greater than 30 km.
The maximum recorded magnitude is 3.6 (mbLg) corresponding to yesterday’s earthquake at 13:53 UTC, with a depth of 36 km.
The amplitude of the tremor signal increased overnight.

The island’s network of permanent GNSS stations shows an elevation reversal recorded between November 24 and 26 at station LP03, which is closest to the eruptive centers.
In the rest of the stations, the slight deflation possibly linked to the deep seismicity has stabilized, except in LP01 which continues to record it.
In view of the image calibrated at 08:45 UTC, a column height of 1600 m is estimated, and a cloud is diffusing in the southwest direction.
The height of the cone is measured by obtaining a value of 1,126 m at sea level.

Yesterday at 13:30 UTC, due to the decrease in the height of the eruptive column, the IGN issued a new VONA (Volcano Observatory Notice for Aviation) message indicating that the said height was 2200 m above sea level.

A new emitting focus opened in the early hours of this Sunday on the northeast slope of the cone of the Cumbre Vieja volcano, in La Palma, with the expulsion of lava flows and pyroclasts. Seismicity has also rebounded in recent hours, with more than fifty earthquakes recorded since midnight, mostly at intermediate depths and three of them being felt by the population. La Palma airport returned to operation on Saturday after the resumption of cleaning up volcanic ash that had deposited on the runway and on the platform of commercial flights, suspended for a week. 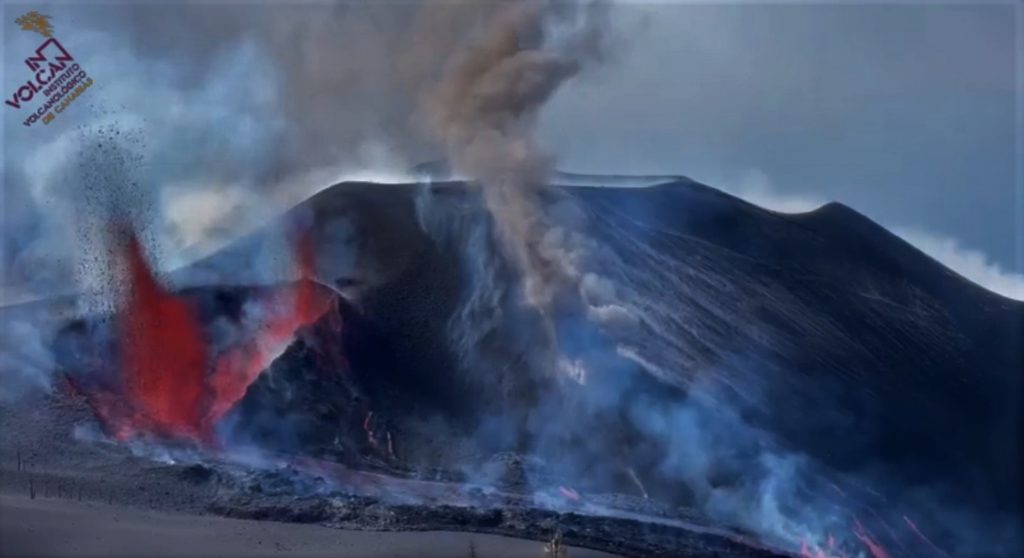 La Palma volcano continues to reactivate after 10 weeks of eruption. The end of the eruption, unfortunately, is still far away: “The forecasts”, declared Francisco Prieto, technician of the volcanic emergency plan of the Canary Islands (Pevolca), “are coming true, unfortunately, because the eruption will not end. short term « .

The National Geographical Institute began to observe at three in the morning this Sunday, from its observation point of Tajuya (municipality of El Paso), the opening of several centers emitting incandescent pyroclasts and lava on the slope. Northeast of the volcano, as reported by the volcanologist of the National Geographic Institute (IGN), Ruben Lopez. Another IGN scientist, seismologist Itahiza Domínguez, explained that the new lava emission is flowing north, then down the slope to the west.

Pevolca’s scientific spokesperson, María José Blanco, explained at noon on Sunday that the lava flows mainly through the lands already covered in the region of Tacande (Los Llanos de Aridane), although it also threatens the areas close to the mountain of Todoque and could affect, again, the city of La Laguna. The danger of new eruptive points is that the flows from them will overflow existing channels and the lava will affect new surfaces. 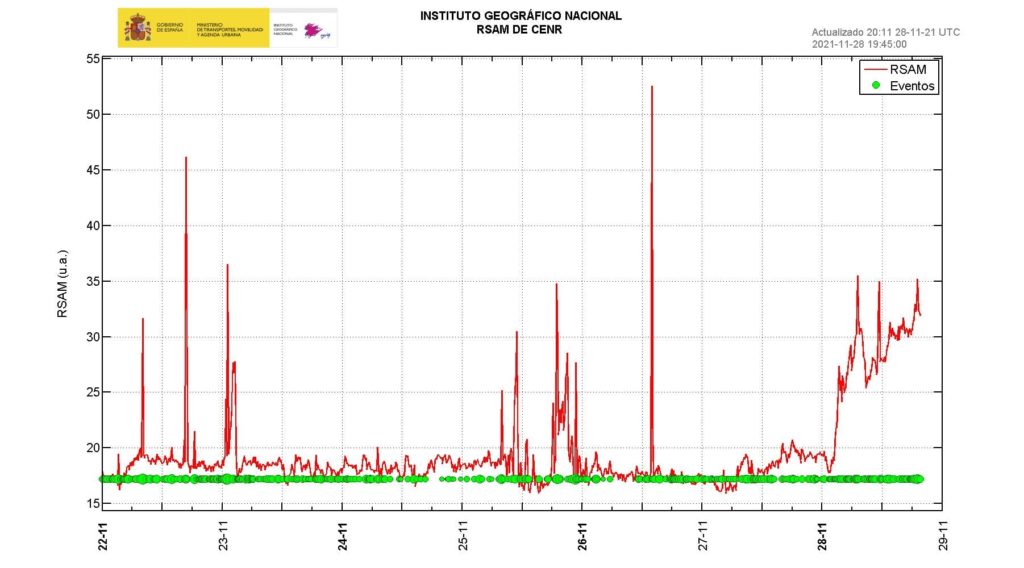 The emission of sulfur dioxide (SO2) again increased with a rate of between 30,000 and 49,999 tons per day, which, with the appearance of new vents and another flow, the rebound of the tremors and of seismicity makes scientists think that there is no near end in sight.

The General Directorate of Security and Emergency Situations, through the volcanic emergency plan of the Canary Islands (Pevolca), warned Sunday against a « very unfavorable » air quality due to the increase sulfur dioxide (SO2) in Tazacorte, Los Llanos de Aridane and El Paso. Therefore, the general population is recommended to avoid outdoor activities and the use of an FFP2 mask.

Unrest continues at Pavlof Volcano. Seismic data remains elevated although no explosive activity has been detected over the past day. No significant activity was observed in mostly cloudy satellite and web camera views. Moderately elevated surface temperatures were observed in satellite data and indicative of the hot cone and lava flows present on the southeast flank of the volcano. 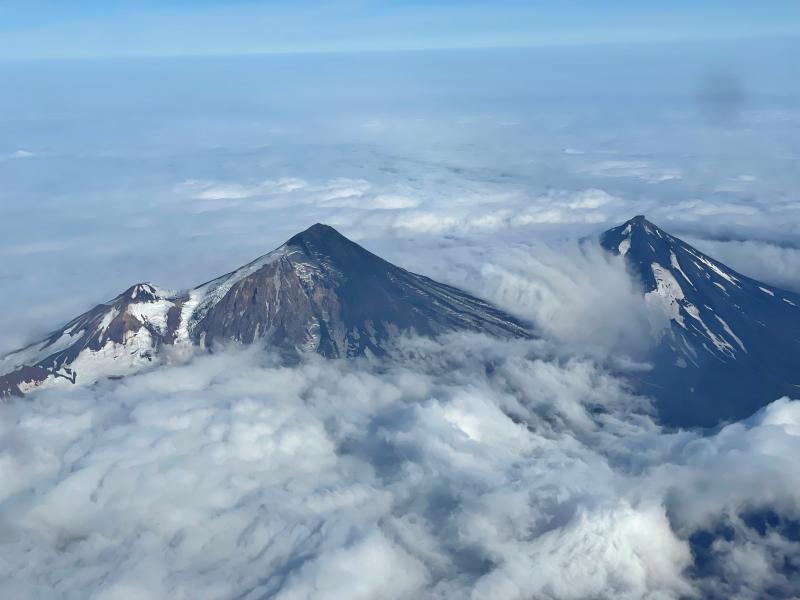 The mountain is clear, the smoke from the crater is not observed.
There are volcanic earthquakes associated with eruptions and smoke emissions from the crater.

The seismic statistics were carried out at the Cascales station, due to the fact that the seismic network of the erupting volcano presents intermittent data transmissions. 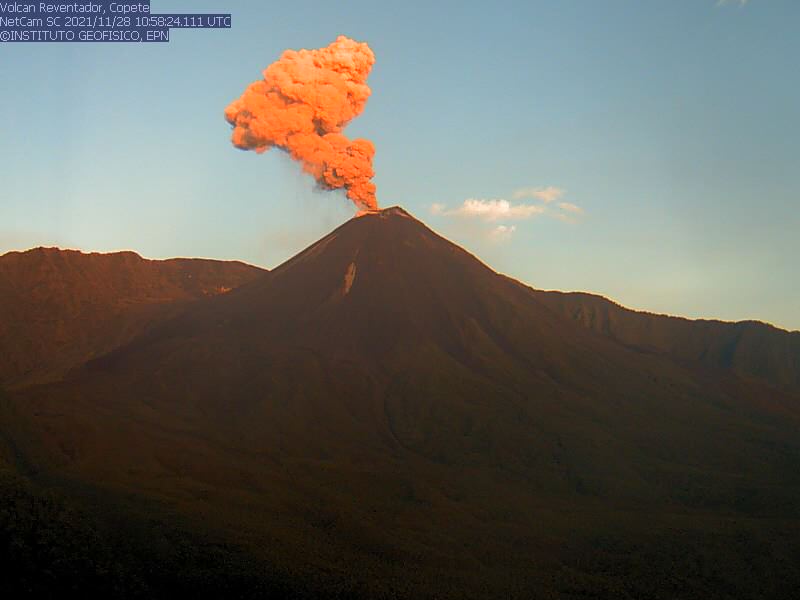 Rains / Lahars:
no rain was recorded in the area.

Emission column / ash:
During the last 24 hours, several ash emissions were observed towards the West, North-West, South-West and South, their heights approaching 700 and 1000 meters above crater level. The Washington VAAC reported 5 alerts of emissions observed by satellites, their direction varied from west to southwest and heights did not exceed 1,200 meters above crater level.

Observations:
Since the night and part of the morning of today, the volcano has appeared clear, allowing to observe the emissions described in the previous parameter and an incandescence in the crater at night.

Weekly report on the activity of Mount Pelée for the period from November 19 to 26, 2021.

Between November 19, 2021 at 4 p.m. (UTC) and November 26, 2021 at 4 p.m. (UTC), OVSM recorded at least 35 volcano-tectonic earthquakes of magnitude less than or equal to 0.5. These earthquakes were located inside the volcanic edifice between 0.7 and 1.1 km below sea level. None of these earthquakes were felt by the population. This volcano-tectonic-type superficial seismicity is associated with the formation of micro-fractures in the volcanic edifice. During the period of this report, the OVSm again recorded a long period type seismic signal and a volcanic tremor type signal between 2:23 and 3:26 on November 24, 2021. These signals containing low frequencies are associated with the migration of fluids of the hydrothermal system in the volcanic edifice. 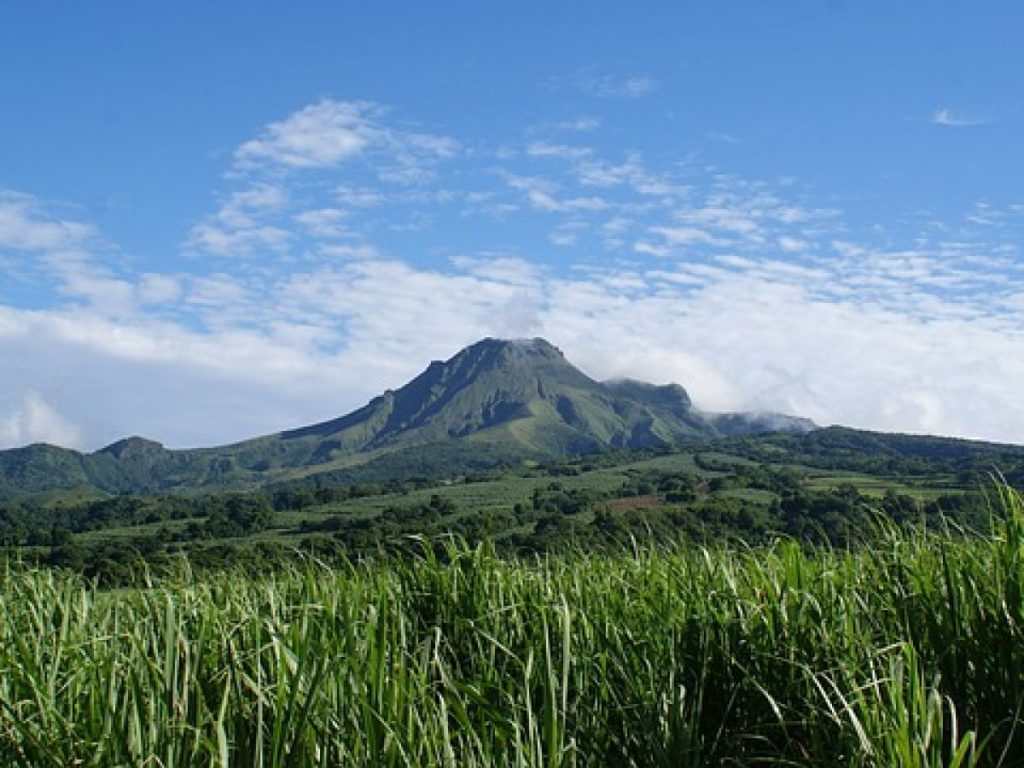 A degassing zone at sea was detected at shallow depth (between St Pierre and le Prêcheur). The IGP is currently setting up experiments to map this gas emanation zone, carry out physicochemical measurements of the fluids and samples of these fluids in order to understand the origin of this degassing and to assess its possible relationship. with the hydrothermal system of Mount Pelée. 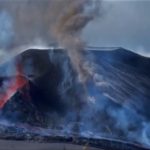 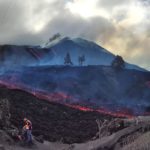