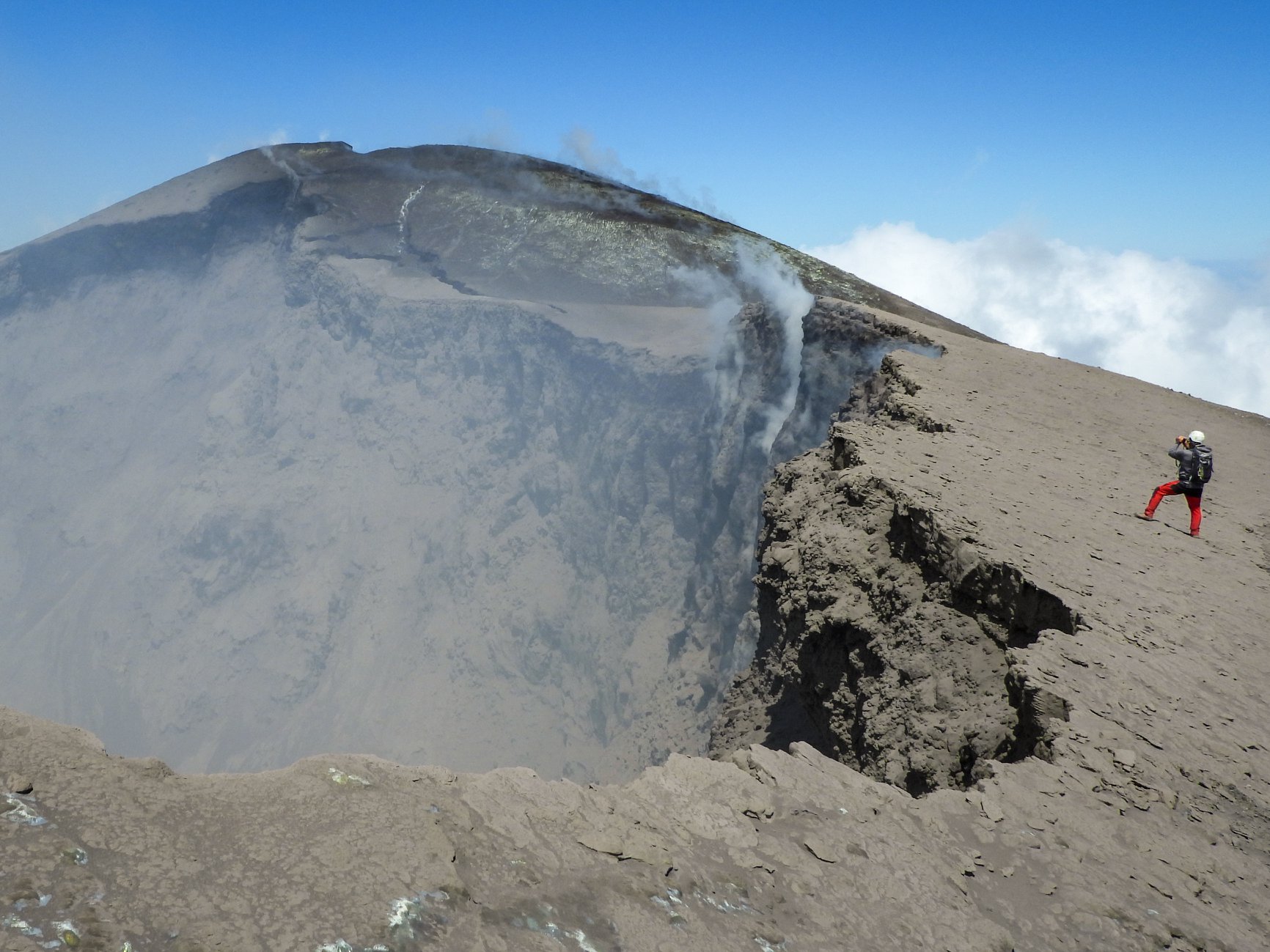 The Geophysical Institute of Peru (IGP) reports that the eruptive activity of the Sabancaya volcano is maintained at moderate levels; that is to say with the occurrence of continuous explosions and continuous emissions of ashes. Therefore, for the following days, no significant change is expected.

The analysis of records obtained from the seismic network of the Sabancaya volcano, for the period from August 26 to September 1, 2019, made it possible to identify the occurrence of some 3312 volcanic earthquakes, the highest percentage being is associated with the movement of magmatic fluids During this week, an average of 26 explosions per day of mild to moderate intensity were observed.

The monitoring of the deformation of the volcanic structure, using GNSS data (processed with fast orbits), does not present significant anomalies. Visual surveillance, using surveillance cameras, allowed us to identify the appearance of columns of gas and ash up to 2 km above the top of the volcano, which dispersed to the sectors North ,West, South-West and South-East of Sabancaya. Satellite monitoring identified the presence of 11 thermal anomalies of 3 MW at 62 MW on the volcano, associated with the presence of a hot body near the surface and the occurrence of continuous explosions.

1) OBSERVATIONS: Ordinary degassing activity of the craters of the summit, accompanied by a soft ash emission and isolated from the crater of the Northeast following the collapse of materials of the internal walls of the crater.
2) SISMOLOGY: Low seismic activity due to fracturing; stationary parameters of volcanic tremor.
3) INFRASONS: Modest infrasound activity.
4) DEFORMATIONS: GPS and inclinometer stations did not show any significant changes during the past week.
5) GEOCHEMISTRY: SO2 fluxes are at a medium-low level, while ground CO2 fluxes are at medium-low levels. The partial pressure of CO2 in the soil does not show any significant changes. The C / S ratio remains on the average values. Helium isotopic ratio values ​​are at medium or medium-high values ​​(latest data available August 6)

VOLCANOLOGICAL OBSERVATIONS
The monitoring of the volcanic activity of the craters of the summit of Etna during the week was carried out by analyzing the images of the surveillance cameras of the INGV – Catania Section, Osservatorio Etneo (INGV-OE) and by Inspections in the summit area carried out by INGV staff.

During the period under review, the activity of Etna was mainly governed by a degassing regime of varying intensity for each crater of the volcano, and secondarily by an isolated and soft emission of ash from the northeast crater in the first hours of the morning of August 28th. The discontinuity and coherence of these emissions suggest that they are associated with collapses of the internal walls of the same crater. 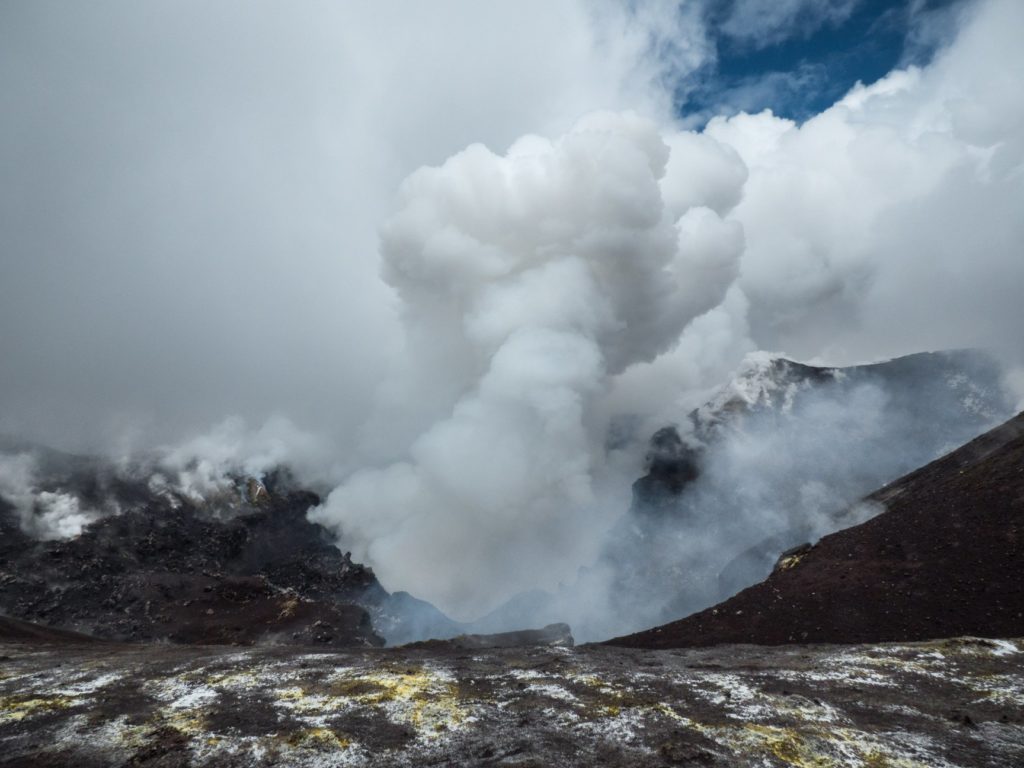 On August 27th, 28th and 30th, inspections were made in the summit area to observe crater activity and morphological variations. During the inspections, the only anomalies that emerged were attributed to strong deep rumblings from Bocca Nuova and in particular from BN1. In detail, on August 28, intensity and frequency were observed in the occurrence of the largest explosions compared to August 27 and 30.

Seismology:
Seismicity: during the week in question, the seismic activity was weak; no earthquake exceeding the 2.0 magnitude threshold was recorded.

Volcanic tremor: The temporal trend of the mean amplitude of volcanic tremor showed no significant change and remained at an average level. The location of the tremor source is located below the summit craters at a depth of approximately 2,800 to 3,000 meters above sea level.

Recent work and news:
August 2019 was another record-setting month for Steamboat geyser, which experienced water eruptions on August 12, 20, and 27. The August 27 eruption was the 33rd of 2019, breaking the record for eruptions in a calendar year that was set in 2018.

Field work in Yellowstone National Park during the month of August included maintenance work on the temperature monitoring network in Norris geyser basin, as well as a field visit to the new thermal area near West Tern Lake, on the east side of Yellowstone National Park. Geologists mapped the region and measured ground temperatures that in places reached 92 degrees Celsius (198 degrees Farenheit), which is the boiling temperature at that elevation. There were no water springs in the new thermal area, but a few fumaroles were venting steam. Sulfur crystals on the fumarole edges indicated the presence of hydrogen sulfide, which is a common gas in Yellowstone hydrothermal areas.

Seismicity:
During August 2019, the University of Utah Seismograph Stations, responsible for the operation and analysis of the Yellowstone Seismic Network, located 128 earthquakes in the Yellowstone National Park region. The largest event was a minor earthquake of magnitude 3.5 located 21 miles north-northwest of Moran, WY, on August 15 at 1:46 PM MDT.

August seismicity in Yellowstone concluded with a swarm of 54 located earthquakes during August 27-31. Additional earthquakes that were too small to be located but can be seen on webicorders are not included in the swarm total number. The largest swarm event, a minor earthquake of magnitude 2.7, was located 6 miles south-southeast of West Thumb, in Yellowstone National Park, on August 29 at 4:24 PM MDT.

Information on the eruption of G. Tangkuban Parahu.

An eruption occurred on Tangkuban Parahu, West Java, on September 4, 2019 at 07:24 WIB. The height of the ash column was observed at ± 100 m above the crater floor. It is observed that the column of ash is white to gray with a thick intensity, oriented towards the South and the South-West. This eruption was recorded on a seismogram of maximum amplitude of 50 mm and a duration of ± 58 seconds.
In addition, the eruption continues. 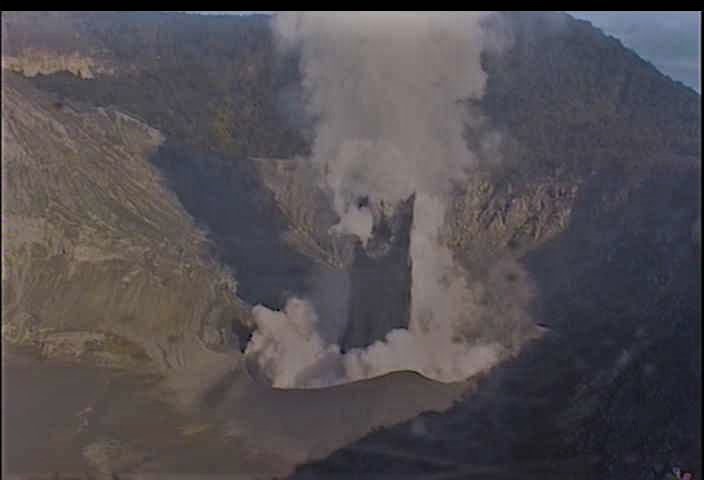 Following the activity of VOLCANOES CHILES AND CERRO NEGRO, the COLOMBIAN GEOLOGICAL SERVICE (SGC) reports that:

During the week of August 27 to September 2, 2019, seismic activity in the Chile – Cerro Negro volcanoes region showed a similarity in number and seismic energy compared to previous weeks, totaling about 740 earthquakes for the week. evaluated. Predominant seismicity continues to be associated with fracture of rock materials in the volcanic building. The earthquakes were located mainly south of the volcanic complex and mainly at epicentral distances less than 6 km from the Chiles, at depths of up to 10 km (from the summit) and a maximum local magnitude of 2.6 on Richter scale. No recorded earthquakes were felt by residents of the Chiles – Cerro Negro volcanic complex. 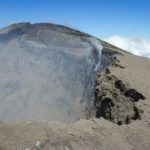 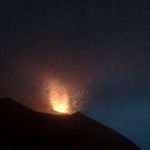