The eruption started on September 15th at 4:25 am local time continues. The intensity of the volcanic tremor (indicator of the eruptive intensity at the surface) is relatively stable for 2 days.
– No volcano-tectonic earthquake was recorded during the day of 20 October or during the current day.
– Inflation (swelling) of the building is always recorded. This inflation reflects the pressurization of a localized source beneath the summit craters (Bory-Dolomieu) at a depth of 1-1.5 km, related to the recharge of the superficial reservoir by deeper magma. 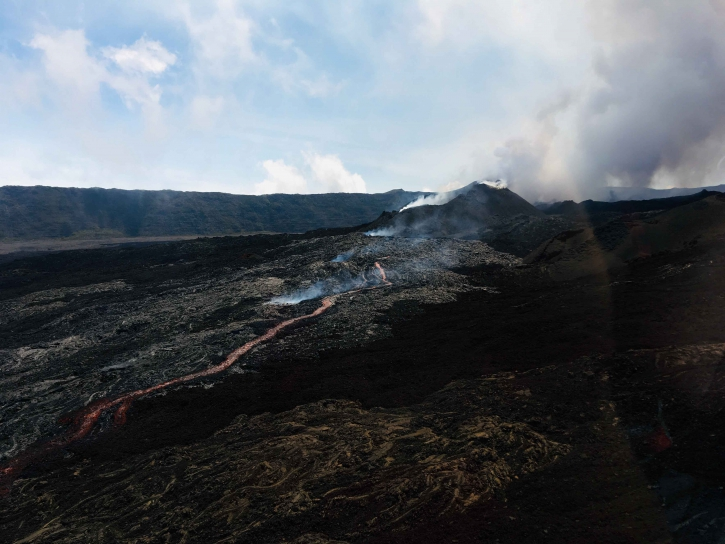 – The surface flow rates could not be estimated today because of lava flows that are too weak at the surface.

– A field reconnaissance carried out today at the Bert peak, confirms the presence of a strong degassing as well as some resurgences of lava at the level of the eruptive vent. 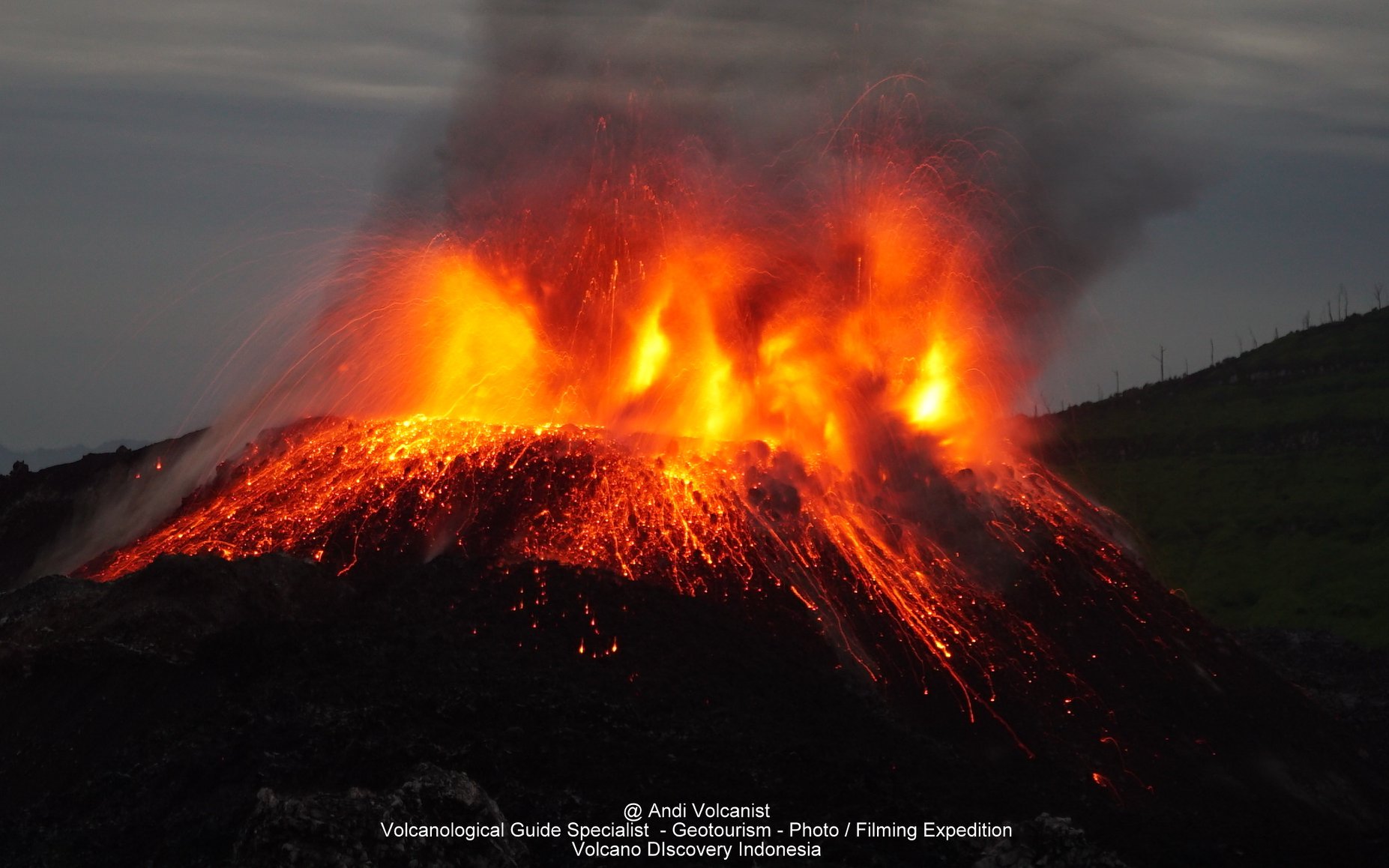 Weekly activity bulletin of Galeras volcano
The level of activity of the volcano continues at the level: YELLOW LEVEL ■ (III): CHANGES IN THE BEHAVIOR OF THE VOLCANIC ACTIVITY.

Between 9 and 15 October 2018, the seismic activity of the Galeras volcano was characterized by low levels of occurrence and was mainly associated with rock fracturing (volcano-tectonic earthquakes), mainly in two areas: a proximal zone, with low energy levels; and another north-east of the volcano with distances up to 9 km from the main crater, depths less than 6 km from the volcanic peak and magnitudes reaching M3,3 degrees on the Richter scale, a value corresponding to the earthquake  at 17:32. of October 15, which was reported as felt by the inhabitants of several areas of the city of San Juan Pasto and the municipalities of Nariño, La Florida and Sandoná, with a depth of 5.6 km, 6.5 km north East of the volcanic building. 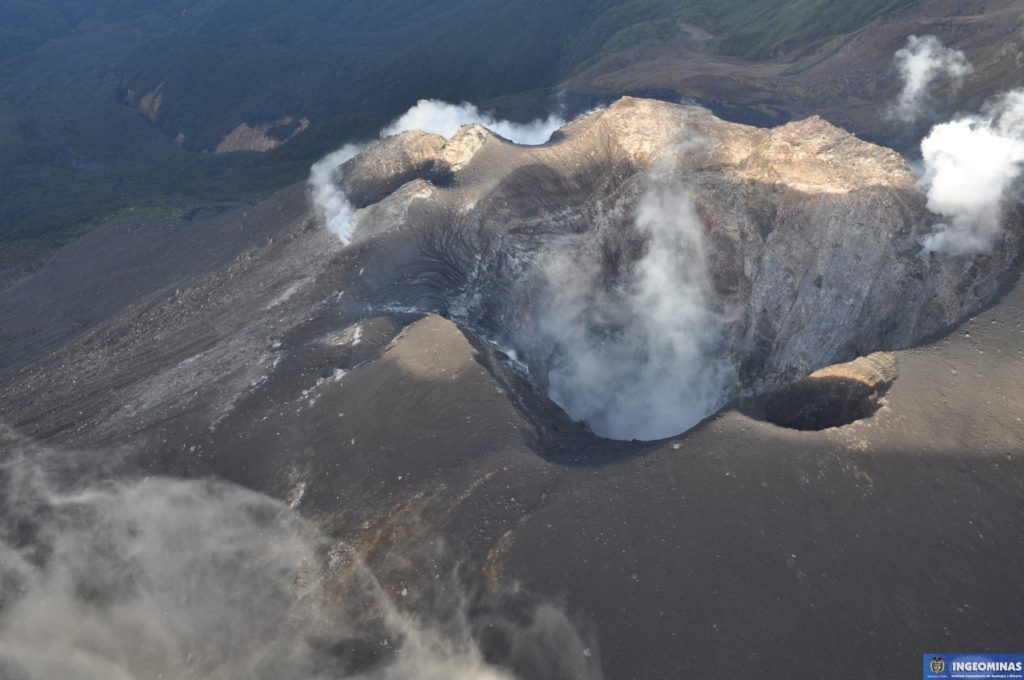 The other geophysical and geochemical parameters of Galeras volcano monitoring did not show any significant variations indicating a change in the activity level of the volcano. During the evaluated period, weather permitting, it was possible to record whitish gas emissions from some areas of the active cone with low exit pressure, low height, and variable direction depending on the flow regime. prevailing wind in the region. . 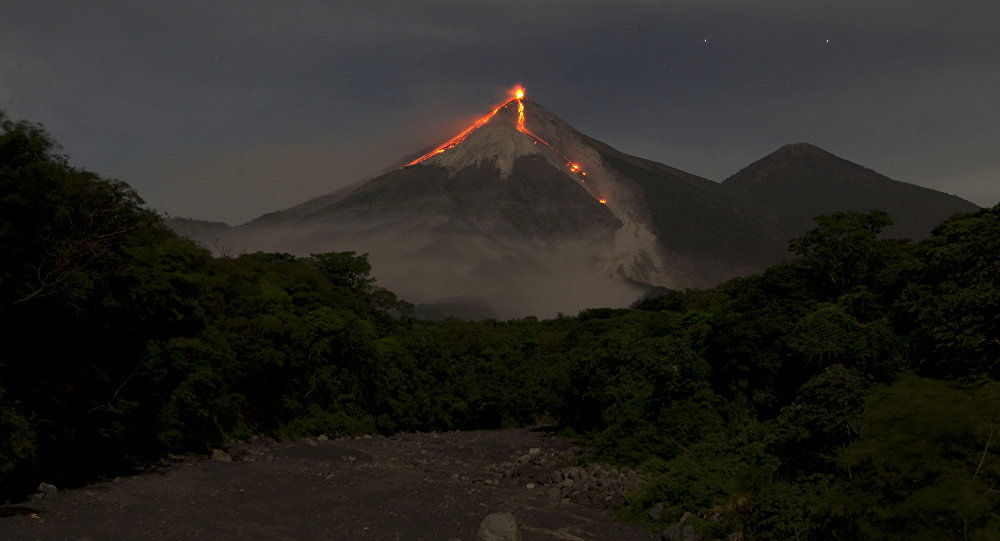 Activity:
The OVFGO observatory reports 10 to 14 weak explosions per hour, ejecting columns of gray ash at a height of 4,500 meters above sea level. (14,763 feet) dispersed to the west and southwest of the volcano, over a distance of about 12 kilometers. Ash falls are reported on the villages of Panimache, Morelia, Santa Sofia, Sangre de Cristo, Palo Verde and San Pedro Yepocapa. Some explosions generate low rumblings and sounds similar to those of an airplane turbine. Incandescent impulses and block avalanches have been observed in the ravines of El Jute, Las Lajas and Ceniza. 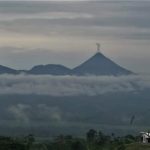