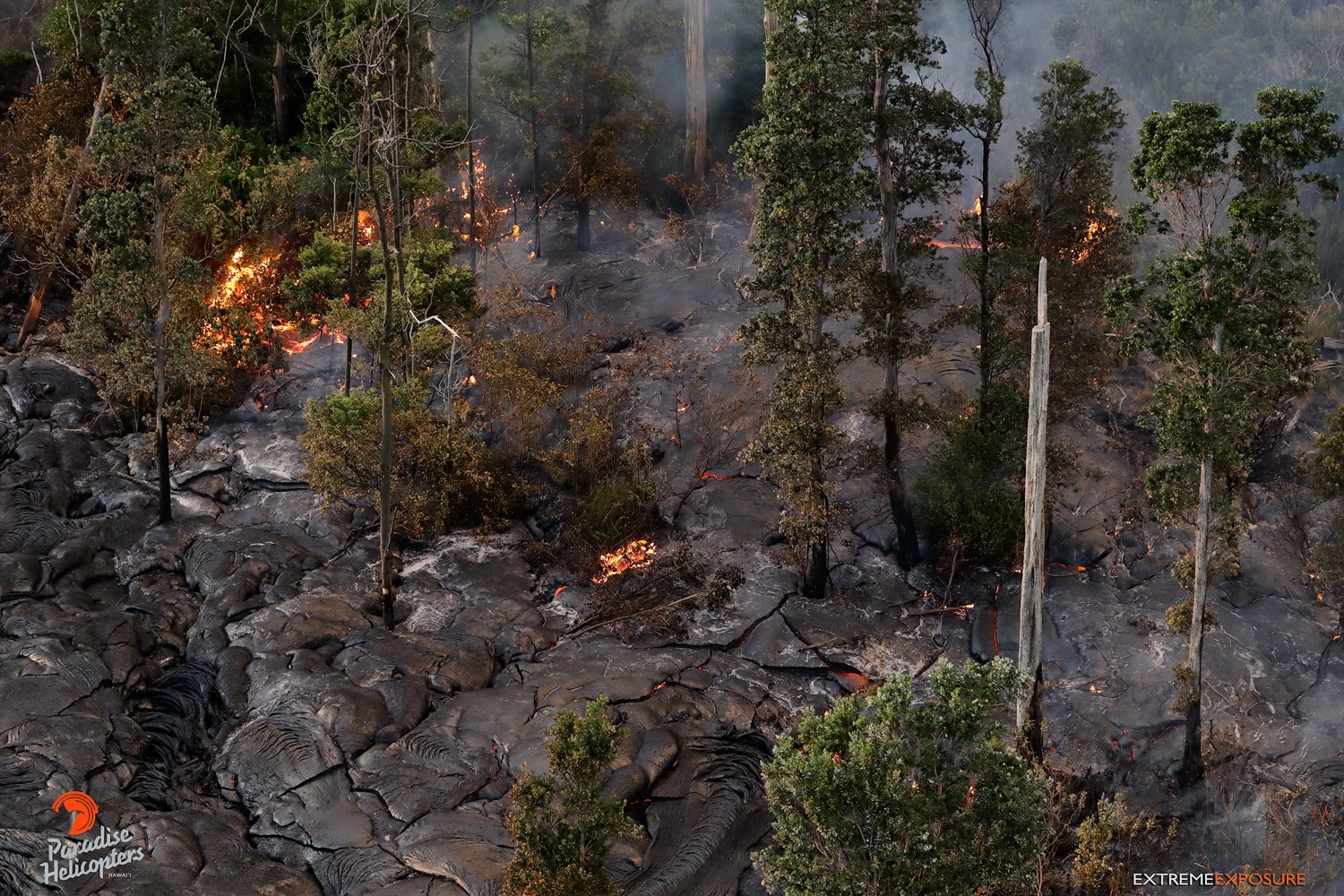 Activity Summary:
No significant change. Kīlauea continues to erupt at its summit and from the Puʻu ʻŌʻō vent on its East Rift Zone. This morning, the summit lava lake was 40.5 m (133 ft ft) below the floor of Halemaʻumaʻu crater. Surface lava flow activity continues on the upper portion of the flow field near Puʻu ʻŌʻō, on the pali, and near the base of the pali. Lava is not entering the ocean at this time, and active flows currently pose no threat to nearby communities. 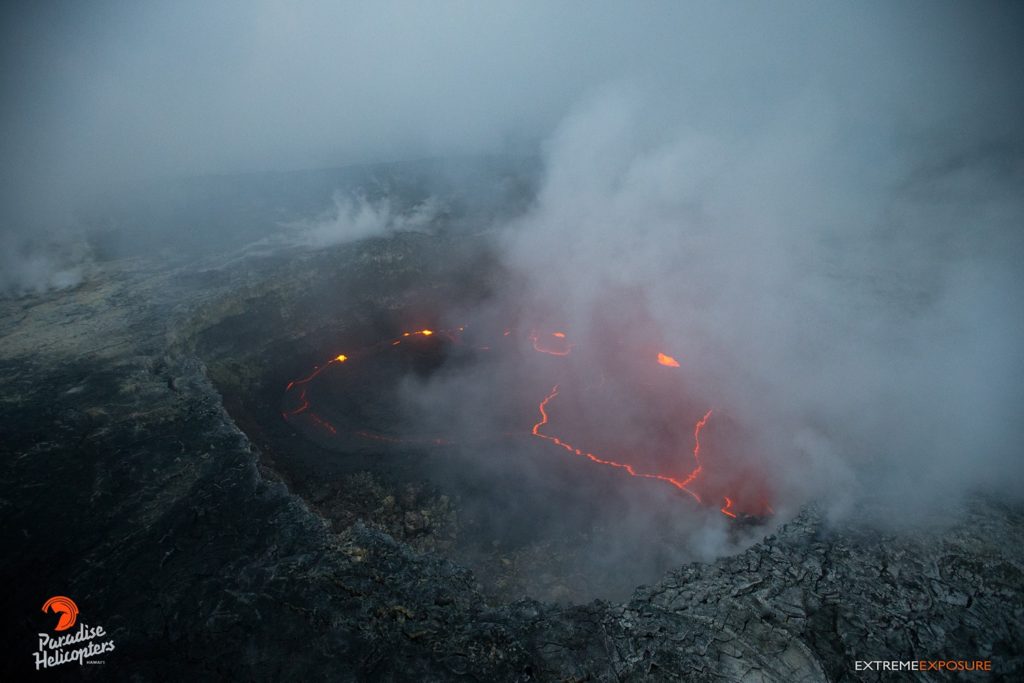 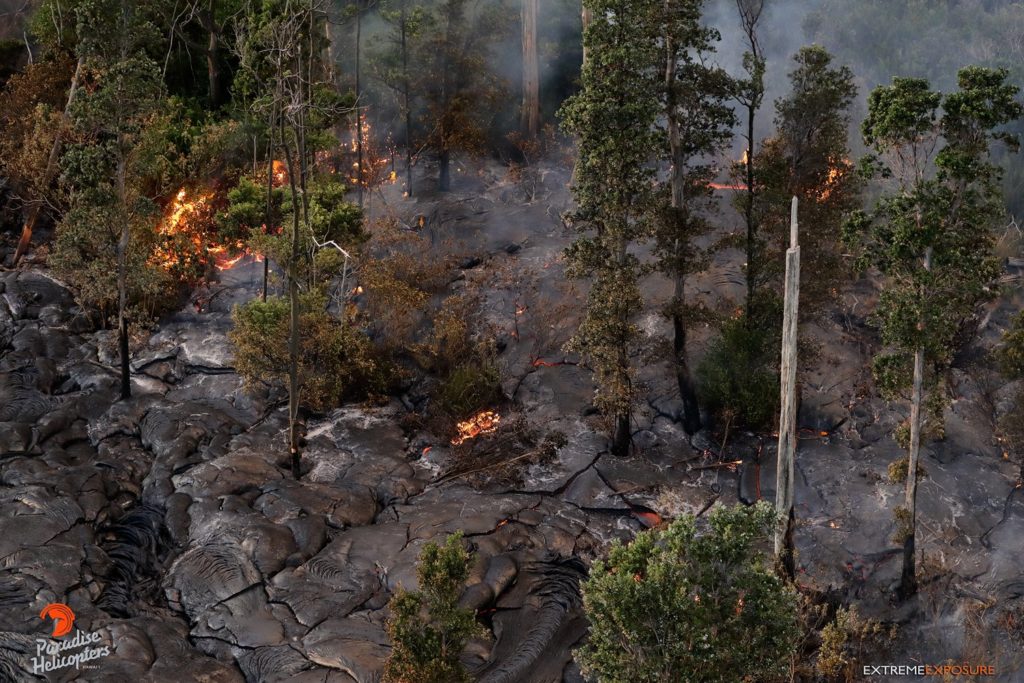 Puʻu ʻŌʻō Observations:
The tiltmeter on Puʻu ʻŌʻō cone has shown little change over the past day. Webcam views overnight show continued glow from a small lava pond on the west side of the crater. The sulfur dioxide emission rate from the East Rift Zone vents remains significantly lower than the summit emission rate.

Lava Flow Observations:
The episode 61g flow is still active, but no lava is flowing into the ocean. Based on web cam views and field reports from over the weekend, surface lava flow activity continues on the upper portion of the flow field near Puʻu ʻŌʻō, on the pali, and near the base of the pali. These lava flows pose no threat to nearby communities at this time.

Mayon’s activity in the past 24 hours was characterized by sporadic and weak lava fountaining, lava flow and degassing from the summit crater. Although the upper slopes were heavily obscured, the seismic record indicated discrete episodes of lava fountaining that lasted three (3) to fifty-five (55) minutes. Throughout the night, lava flows and consequent incandescent rockfalls were observed in the Miisi and Bonga-Buyuan channels. Effused volumes of incandescent lava flows have advanced to 3.3 kilometers, 4.5 kilometers and 900 meters down the Miisi, Bonga and Basud Gullies, respectively, from the summit crater. Pyroclastic density currents or PDCs have deposited to the 4.6, 4.5 and 4.2 kilometer reaches of the Miisi, Bonga and Basud Gullies, respectively.

A total of seventy-six (76) volcanic earthquakes, most of which corresponded to lava fountaining events were recorded by Mayon’s seismic monitoring network. Electronic tilt and continuous GPS still record sustained swelling or inflation of the edifice since November and October 2017, consistent with pressurization by magmatic intrusion.

The explosive activity remains similar to that of the previous week, averaging 18 explosions per day. Events associated with fluid movements (Long Period type) and ash emissions (Tremor) continue to predominate. The earthquakes associated with the rise of the magma (type Hybrids) remain low in number and energy .
The eruptive columns of gas and ash remained similar to the previous week, reaching a maximum height of 3900 m above the crater. The dispersion of these materials occurred within a radius of about 50 km, mainly to the South, South-East, South-West and North-West. 

Deformation monitoring at the SBSS GNSS station shows deflation as of 7 February. 
The volcanic gas (SO2) flux recorded on February 10 has a maximum value of 2062 tonnes / day, a value considered large. 
Three thermal anomalies were recorded according to the MIROVA system, with values ranging between 1 MW and 10 MW VRP (Radiated Volcano Power).

In general, eruptive activity maintains moderate levels. No major changes are expected in the coming days.

Based on the analysis of visual and seismic data and considering the potential threats of danger, the status of G. Agung was lowered from Level IV (Awas) to Level III (Siaga) on February 10, 2018 at 09:00. Since yesterday and until today visually the volcano is usually covered with fog. The emission of white fumes, low intensity and low pressure, reaches a height of 200 to 400m above the summit. The wind is heading east. 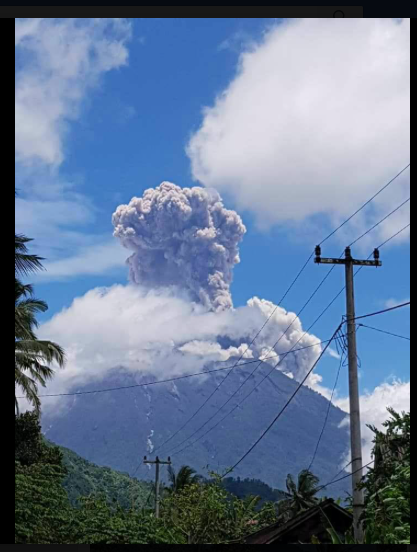 Recommendations:
The communities around G. Agung and mountaineers / visitors / tourists should not climb, climb or do any activity in the danger zone around the G. Agung crater area and in all areas within 4 km from the crater of G. Agung. The estimated area risks are dynamic and continuously assessed and can be modified at any time based on the most recent observational data from G. Agung.
Level 3 (SIAGA) is only valid for a radius of 4 km as mentioned above. Outside the activity area, everything can work like NORMAL and always SAFE. 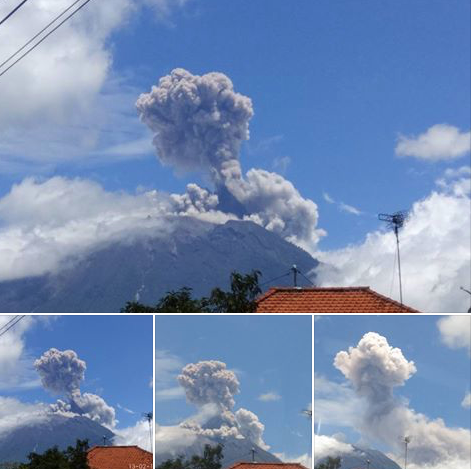 Remarks:
Seismic activity is dominated by low-frequency earthquakes related to steam and gas emission on the crater. Some high-frequency volcanic earthquakes are still recorded, indicating that magma movement inside the volcano remains active, however with low intensity. 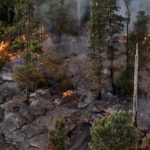 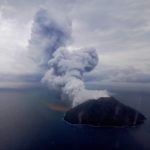