Activity Level : Level IV(AWAS). The Sinabung (2460 m altitude) since yesterday until this morning was often covered with fog. The smoke rising from the crater is observed up to 50/300 m above the peak. The wind is blowing moderately to the southwest. The recording of the seismographs has not recorded any eruption events but 75 hot cloud events, which are observed over distances of 50 to 1500m in the Esr and the Southeast. Communities / visitors should not do activities within 3 km of the summit, and by sector, 7 km to the South-South-East, 6 km East-South-East and 4 km to the South-East. km northeast.
The deposits formed a dam upstream on the Laborus River. People living in downstream river basins and around the Laborus River need to be vigilant because these dams can collapse at any time and no longer retain water volume, resulting in downstream lahars / floods . 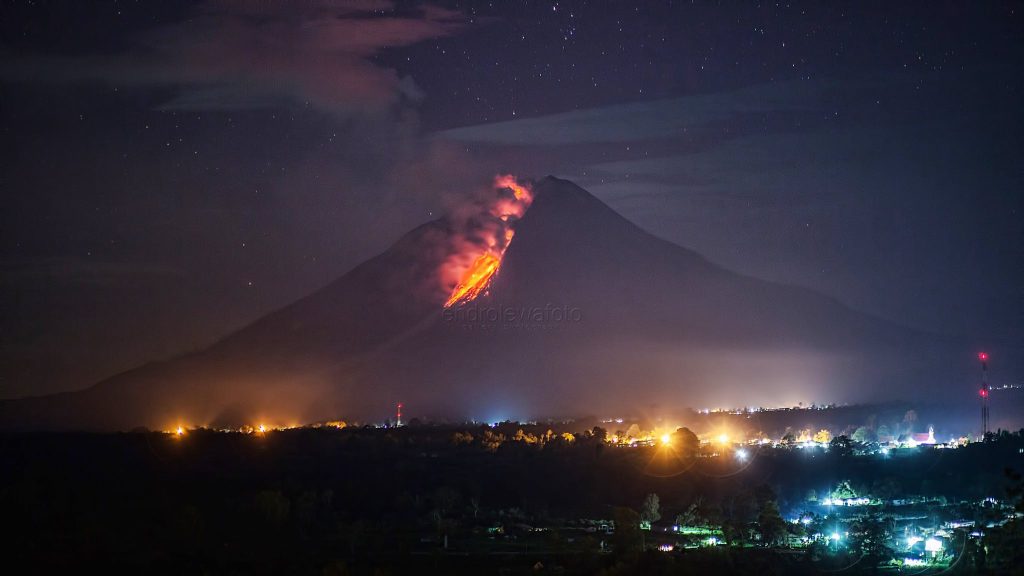 Volcanic cloud height:
The best ash cloud top estimate is around 3472 m above sea level, which may be higher than can be clearly seen. Height data source: ground observer.

Other information about the volcanic cloud:
Ash cloud moving westward.

The level of activity continues at the level: Yellow activity level or (III): changes in the behavior of volcanic activity.
With regard to monitoring the activity of the Nevado del Ruiz volcano, the COLOMBIAN GEOLOGICAL SERVICE informs that:
During the last week, the various monitoring parameters show that the Nevado del Ruiz volcano continues to display unstable behavior.
The seismicity caused by the fracturing of the rocks that make up the volcano, showed a slight increase in the seismic energy released and a decrease in the number of earthquakes compared to the previous week. The earthquakes were mainly in the southwest, northeast, distal north and, to a lesser extent, in the Arenas crater. The depths of the earthquakes ranged from 1.2 to 9.1 km. The maximum magnitude recorded during the week was 1.1 ML (Local Magnitude) for the earthquake of December 16 at 12:10 (local time), located in the crater Arenas at a depth of 3.4 km. 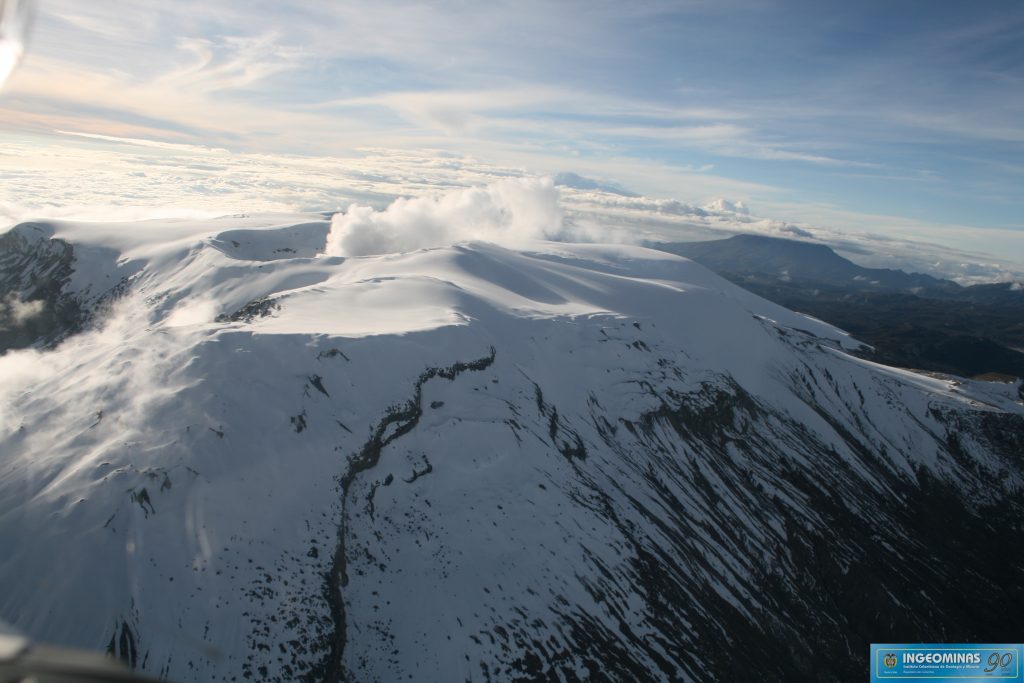 Seismic activity associated with fluid dynamics within the volcano structure decreased in both recorded earthquake numbers and released seismic energy compared to the previous week. This type of activity is characterized mainly by the occurrence of multiple earthquakes, long periods and very long periods, as well as tremor impulses. These earthquakes were located mainly in the vicinity of the Arenas crater and in the south-east and south areas of the volcano.
Volcanic deformation measured from electronic inclinometers, Global Navigation Satellite System (GNSS) stations, and radar images shows stability behavior without recording significant deformation processes of the volcanic structure. 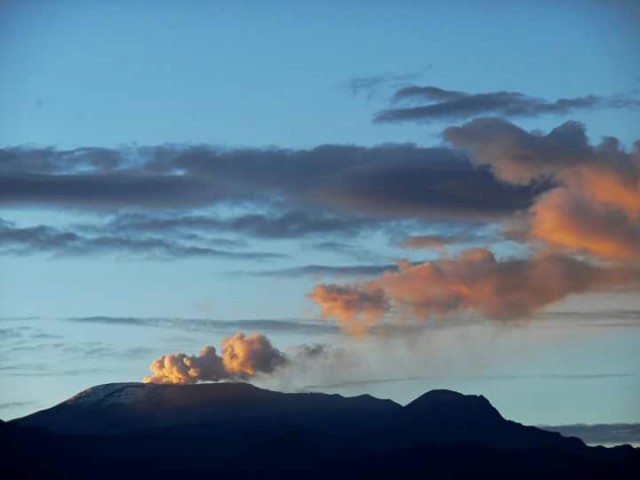 The volcano continues to emit water vapor and gases into the atmosphere, among which the sulfur dioxide (SO2) is distinguished, as evidenced by the values obtained by the SCANDOAS stations installed on the volcano and the analysis satellite images. In tracking the information provided by the MIROVA and NASA FIRMS portals, several thermal anomalies were recorded in the vicinity of the Arenas crater.
The column of gas and steam reached a maximum height of 1050 m measured at the top of the volcano, December 12. The direction of the dispersion of the column was governed by the direction of the wind in the zone, which during the week dominated towards the west compared to the crater Arenas.
The Nevado del Ruiz volcano continues at the level of yellow activity.

On the basis of the results of the visual and instrumental data analysis and considering the potential threats of danger, on November 27, 2017 at 06:00, the status of G. Agung was raised from Level III (SIAGA) to Level IV (AWAS) . Since yesterday and until today visually the volcano is usually covered with fog. The emission of gray ash – white, thick, of medium pressure, reaches a height of about 500 to 1500 mm above the summit and tilts towards the East. At night, the glow of incandescent lava is observed. 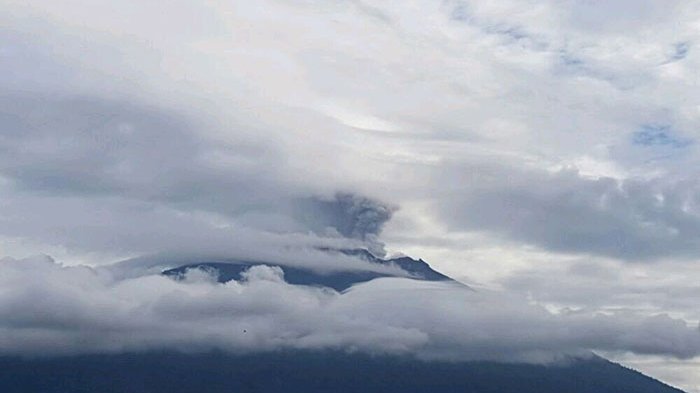 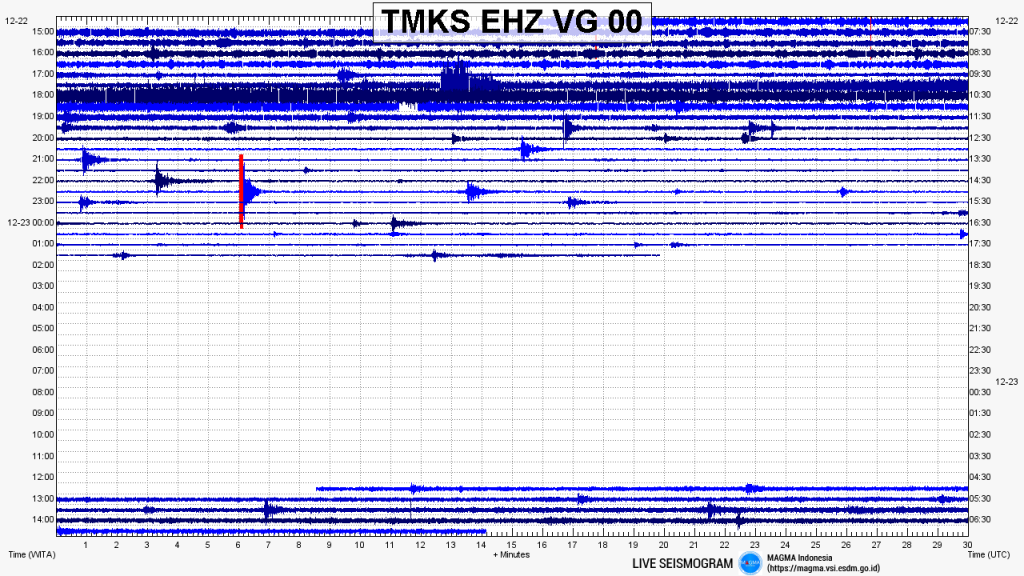 As of December 23, 2017 (00:00 to 18:00) it has been registered:
15 emission earthquakes
2 low frequency earthquakes.
1 distant tectonic earthquakes (TJ)
4 shallow volcanic earthquake (VB)
A continuous tremor with an amplitude of 1 to 2 mm and a dominant value of 1 mm. 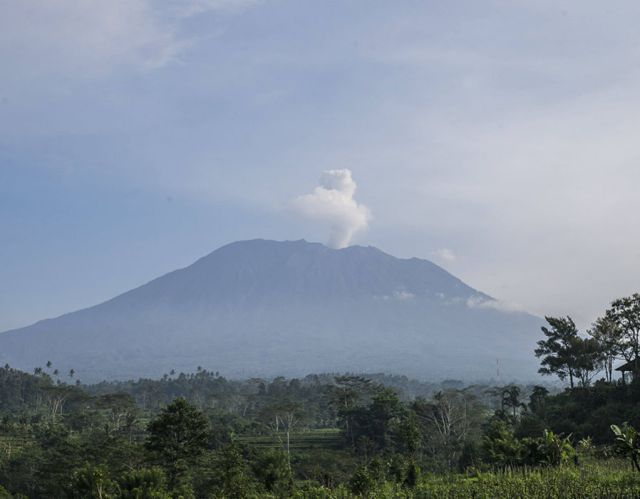 As 2017 comes to an end, the GeoNet’s volcano monitoring team recently made a series of visits to White Island, this being the last detailed assessment of New Zealand’s most active volcano before the summer break. 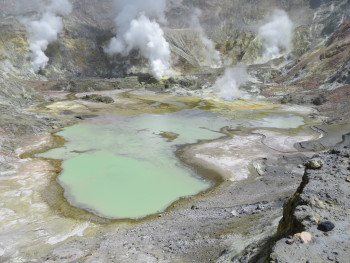 Changes in volcanic activity occur at different timescales. For rapidly changing dataset, GeoNet relies mostly on remote instrumentation and our 24/7 operation duty team. Some changes however, occur more slowly and can be monitored by making field visits to the volcano. Some of the monitoring techniques we use at White Island only record long-term, gradual changes. We make those measurements when we visit the volcano, typically four times a year. These slowly changing data include ground uplift and subsidence, the chemistry of fumaroles and hot springs, the status of the Crater Lake (when present), the gas leaking through the soils, and the magnetic intensity of the rocks beneath the volcano. 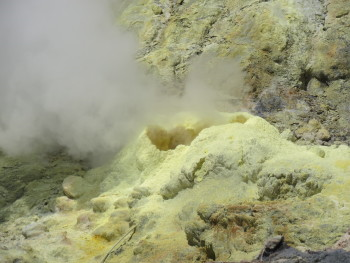 Other monitoring techniques, earthquake activity, the rate of volcanic gases coming from the volcano, and some kinds of ground deformation, can show very rapid changes, so we have to measure these more frequently, or even remotely and automatically.
Our visits to White Island over the last 10 days showed that, while visitors to the volcano can see fumaroles up to 149 degree C, a small pool on the crater floor and hear gas roaring from the active vents, the volcano remains relatively quiet and overall at a low level of unrest (Alert Level 1).
The duty volcanologists will continue to monitor the volcano for possible renewed activity over the Xmas-New Year break. The Volcanic Alert Level remains at Level 1 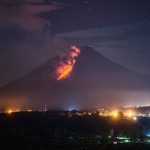 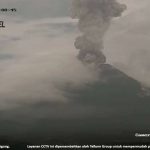