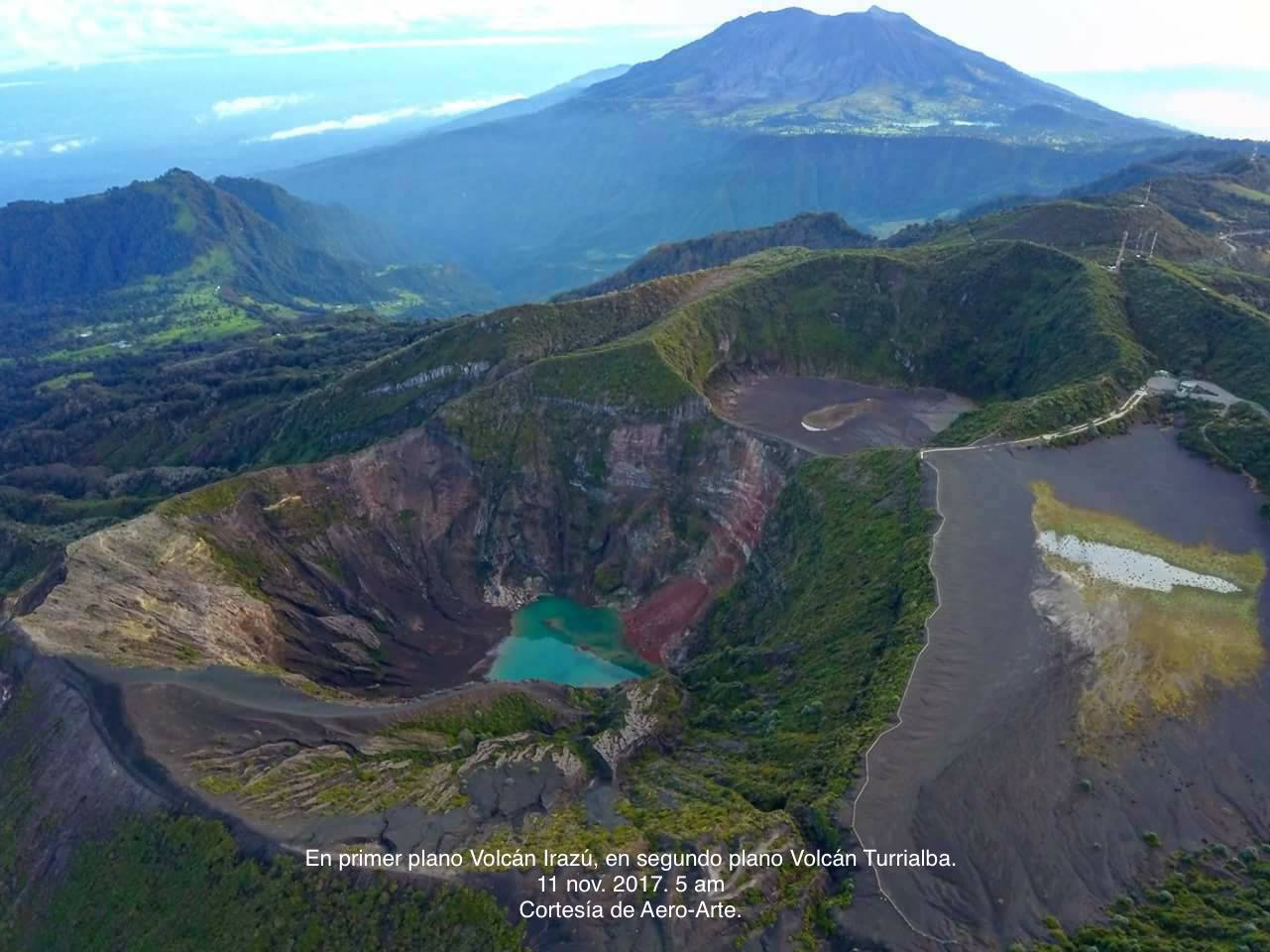 The National Service of Geology and Mining (Sernageomin) of Chile discloses the following information, obtained thanks to the monitoring equipment of the National Network of Volcanic Surveillance (RNVV), processed and analyzed at the Volcanological Observatory of the South Andes . (OVDAS):
On Friday, November 10, 2017 at 23:06 local time (02:06 GMT Saturday, November 11), monitoring stations near the Copahue volcano recorded one (1) earthquake associated with rock fracturing (Volcano-Tectonics), the event was located 11.5 km east (E) of the crater El Agrio. 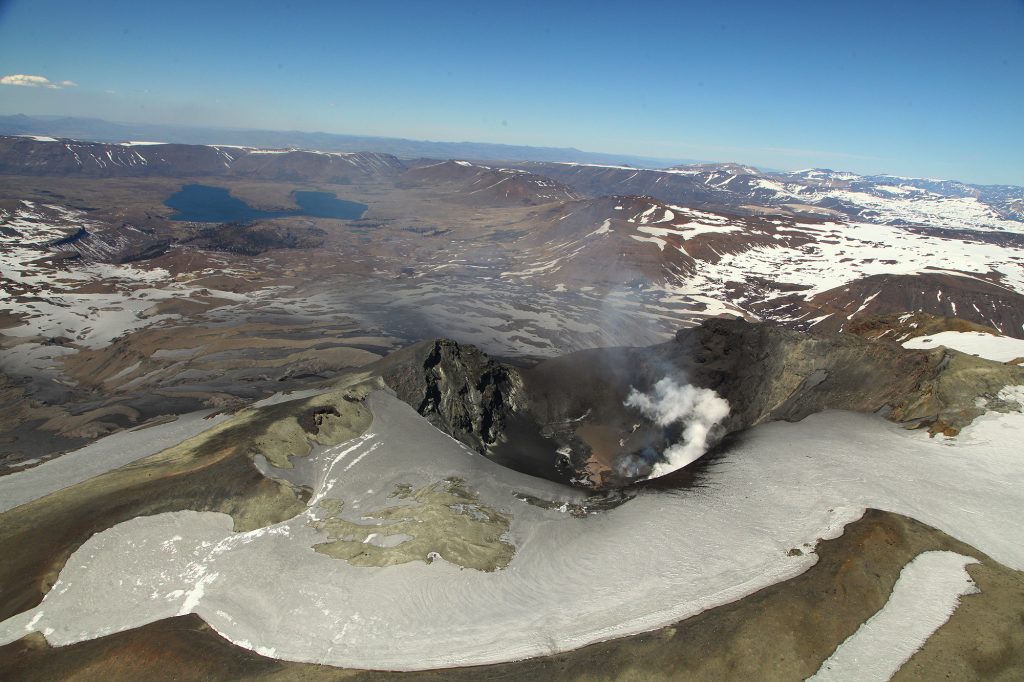 The location obtained was as follows:

The volcanic technical alert is maintained at the GREEN level.
Sernageomin is continuing its online monitoring and will report in a timely manner on possible changes in volcanic activity in the region.

Subject: Activity bulletin of Chiles and Cerro Negro volcanoes.
The level of activity of volcanoes is maintained at the level:
YELLOW LEVEL ■ (III): CHANGES IN THE CONDUCT OF VOLCANIC ACTIVITY

Following the activity of VOLCANS CHILES and CERRO NEGRO, the COLOMBIAN GEOLOGICAL SERVICE (SGC) reports that:
Between October 31 and November 6, 2017, the seismic occurrence decreased from 559 to 240 events compared to the previous week.
The occurrence of the most relevant seismic events is associated with fracturing processes of the cortical material inside the volcanic building, being located preferentially towards the south-southwest of the Chiles volcano.

Most earthquakes have been located at distances up to 9 km, with depths less than 9 km from the volcanic peak (4700 m). The maximum local magnitude was 1.8 on the Richter scale; no event was reported as felt.
The COLOMBIAN GEOLOGICAL SERVICE and the GEOPHYSICAL INSTITUTE OF THE NATIONAL POLYTECHNICAL SCHOOL OF ECUADOR closely follow the evolution of this seismic activity and the volcanic phenomenon and will inform timely changes detected.

In the last 24 hours, thanks to the seismic monitoring systems of the Popocatépetl volcano, 383 low intensity exhalations accompanied by water vapor, gas and moderate amounts of ash have been identified. In addition, two volcano-tectonic earthquakes with preliminary amplitudes of M2 and M1.7 were recorded, as well as 45 minutes of low amplitude harmonic tremor. 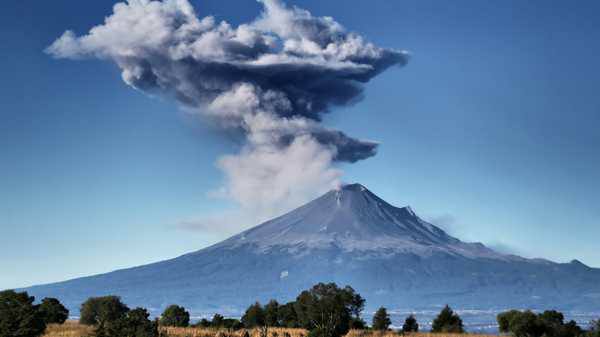 During the night, a slight incandescence was observed on the crater which increased at the time of some of the exhalations.

From today morning until the moment of this report, a slight continuous emission of water vapor and gas has been observed.
The other monitoring parameters remain unchanged.
CENAPRED asked not to approach the volcano and in particular the crater, because of the risk of falling shards and projectiles and in case of heavy rain to stay far from the bottom of the ravines because of the danger of landslides and of mudslides.

The volcanic alert signaling flag of the Popocatepetl volcano is located at Amarillo Phase 2.

Turrialba Volcano:
The Turrialba volcano seismographic network records a low level of seismic activity that is substantially within the instrumental and environmental noise level, discrete, sporadic seismic signals corresponding to low seismic frequencies of (LP) type with low amplitude. VT volcano-tectonic earthquakes are not recorded, nor are prolonged tremors. 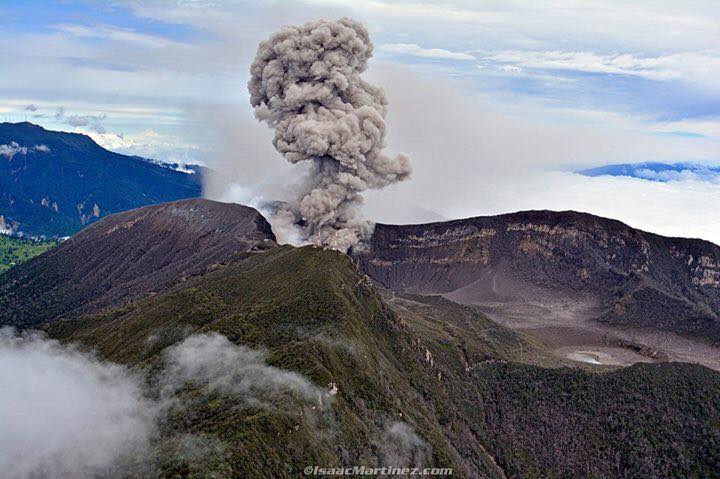 The plume of gas and particles emitted by the Turrialba remained with heights that oscillate between 500 and 1000 meters above the summit of the volcano. The prevailing winds disperse the plume towards the Northwest and West-South-West, covering a wide area of ​​the provinces of Alajuela, Heredia, San José and Cartago, according to data stations IMN National Meteorological Institute located on the highest peaks. volcanoes Turrialba and Irazú.
The AURA-omi NASA satellite gas sensors (SO2) detected a plume of this gas emanating from the Turrialba volcano at altitudes between 4000 and 4500 meters above sea level. Sulfur odor has been reported in the past 24 hours.

Poas Volcano:
The Poás seismograph network generally records a low level of seismic activity which is almost at the level of instrumental and environmental noise, with sporadic low frequency (LP) earthquakes of low amplitude and short duration. 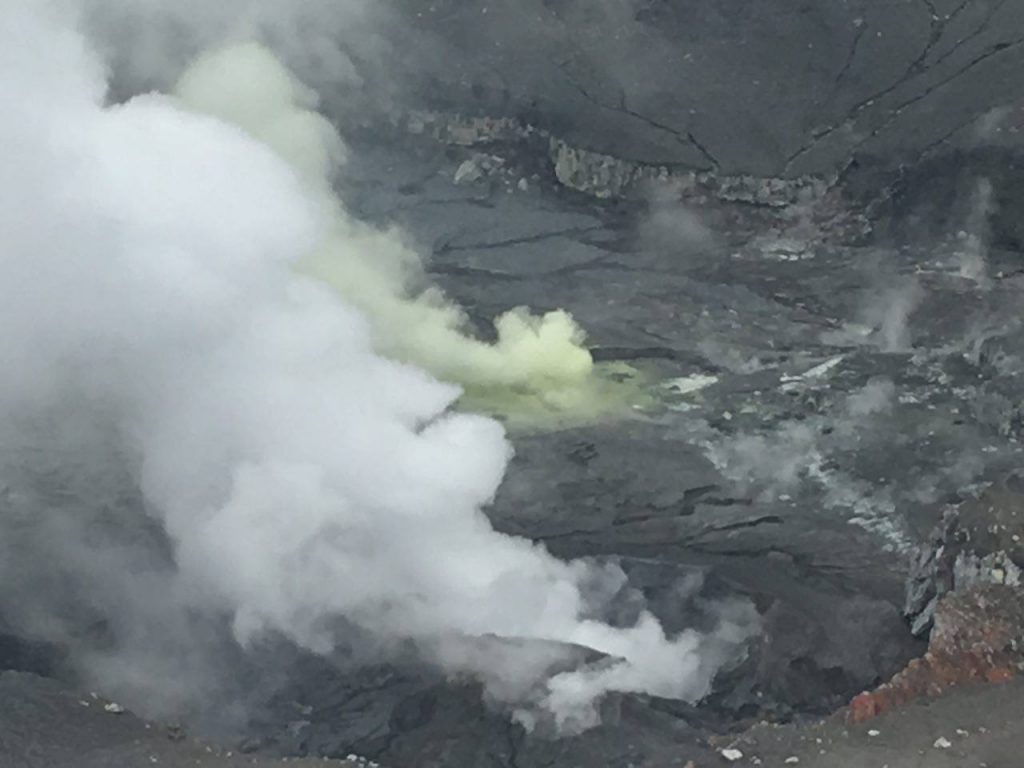 Degassing is persistent but passive, with a plume of water vapor, magmatic gases and fine aerosols (tiny fragments of rock and native sulfur) emanating from fumaroles in the dry crater floor. The volcanic plume rises about 500 meters above the crater and is dispersed by winds near the surface, mainly south-west of the volcano, in the direction of Alajuela (Grècia, Tacares, Palmares, San Ramon, etc. .).

Rincón de la Vieja Volcano:
No significant seismic activity is recorded on the Rincon de la Vieja volcano. A weak plume of vapor and gas from a height of about 100-300 meters is observed sporadically emanating from the active crater.

Irazú Volcano:
The Irazú volcano has presented a short seismic swarm between 22 hours yesterday and 7 hours today. There were 3 earthquakes of magnitude between M2 and M3, which were felt by the people around the volcano. The locations of these earthquakes are located on the western flank of the massif and could be associated with landslides and land exploration, which this side of the volcano shows since 2011. This type of volcano-tectonic activity is common. on the Irazú volcano.
Abundant rains in September-October 2017 caused by several tropical storms, contributed to a disproportionate increase in the water table in much of the country, devastating the environment, infrastructure, and seriously affected the population. One of the consequences was also the substantial increase in groundwater of the underground aquifer underlying the Irazu volcano, the most superficial part of which was expressed in the second half of October 2017 at the from the surface with the return of water to the bottom of the active crater (main crater) of Irazú volcano. 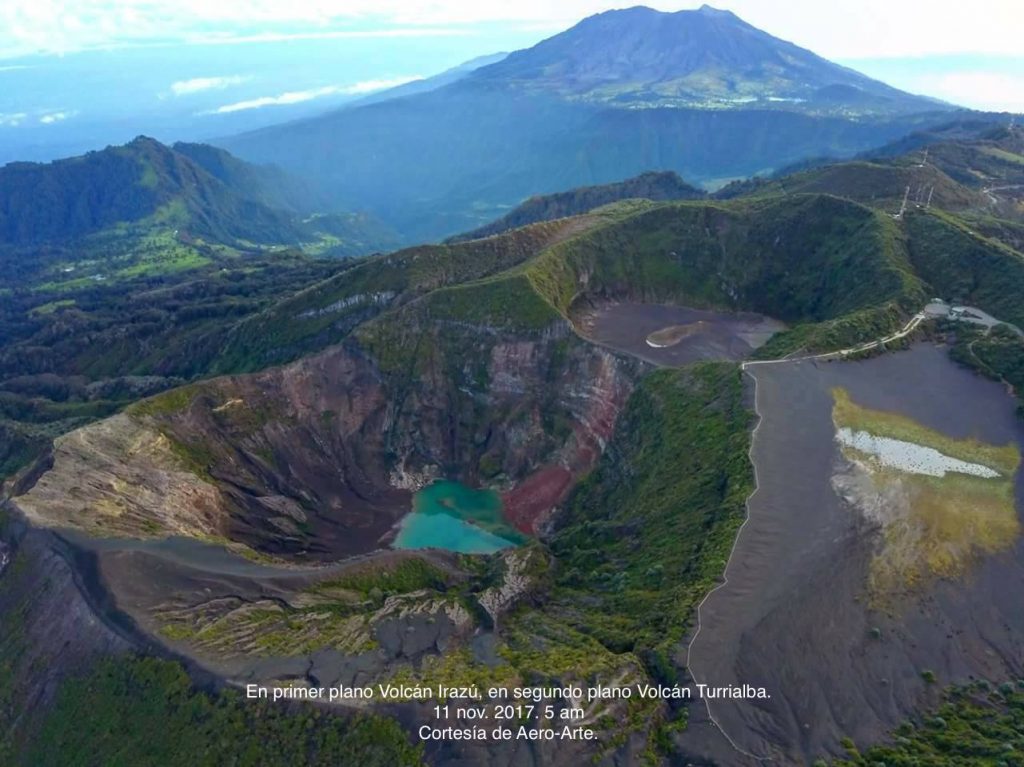 This lake has a very low level which is estimated at about 5 to 10 meters at the most. For this small body of water to become a new emergent crater lake, it must increase in volume and remain stable for months or years. In this way, if a new stable crater lake is formed in the active crater of Irazú, there would be an opportunity to monitor changes in the temperature and chemical composition of its waters, and any underwater fumaroles, which is very important to try to visualize in the future, signs that could indicate a reactivation of the volcano. The bluish green color of the water mirror accumulated at the bottom of the crater is mainly due to an optical effect of scattering of sunlight by nanoscale colloidal particles that are suspended in water and that come from weathering and weathering. the dissolution of the rock of the walls and the bottom of the crater. 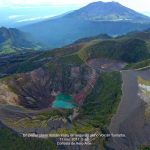 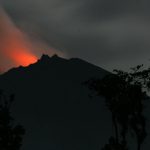