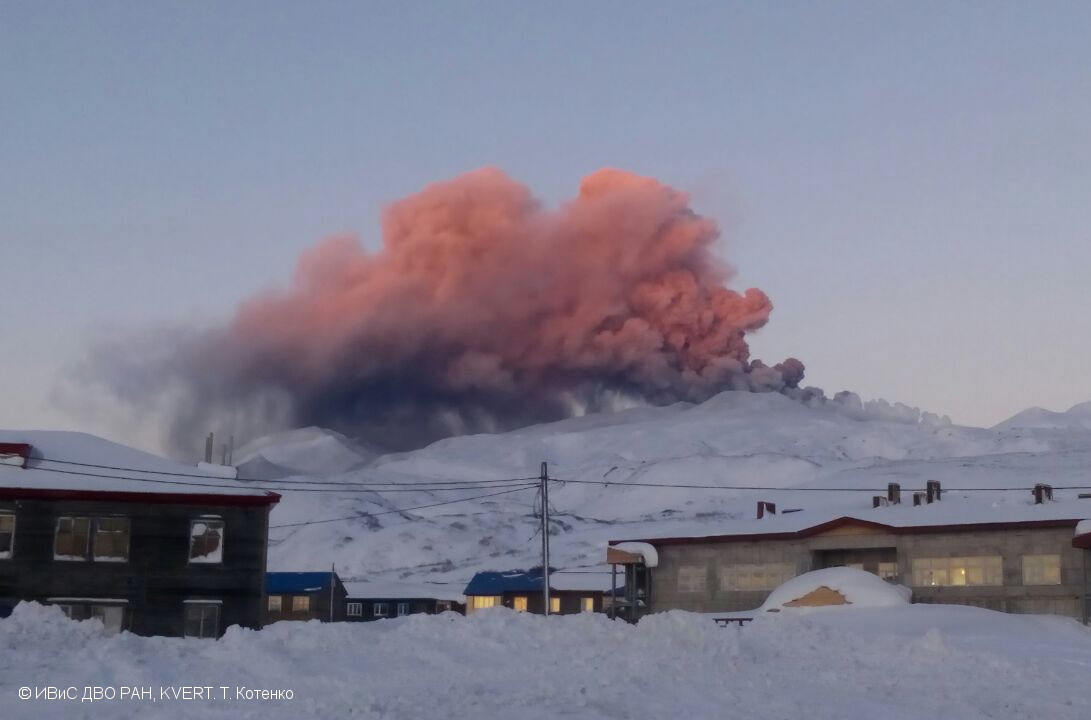 Following the activity of the CUMBAL VOLCANIC COMPLEX, the COLOMBIAN GEOLOGICAL SERVICE informs that:
For the week between October 31 and November 6, 2017, there was a slight increase over the previous week in the occurrence of earthquakes associated with the movement of fluids from a transient source of low-level energy.

Regarding earthquakes associated with rock fractures, they were scattered on the La Plazuela sector of the Volcanic Complex , with local magnitudes below 0.5 on the Richter scale and depths less than 5, 6 km, referred to the 4700 m altitude of the summit  .
Favorable climatic conditions at the summit made it possible to record gas emissions for all days of the week, mainly from the El Verde fumaroles zone to the northeast of the volcano. The emission columns observed showed a white coloring with a direction variable by the action of the wind.
The COLOMBIAN GEOLOGICAL SERVICE is attentive to the evolution of the volcanic phenomenon and will continue to inform in a timely manner of the detected changes.

During the period evaluated 1168 earthquakes were recorded, of which thirty-two (32) were related to a fracturing process of a rigid material called volcano-tectonics (VT) with a maximum local amplitude (ML) of M 2.5 for an event located 11 km in the northeast direction (NE) of active craters, at a depth of 10 km. Most of the localized earthquakes were concentrated on the northern flank of the volcano with depths predominating between 4 and 7 km.
For events related to fluid dynamics (so-called long period, LP), one thousand one hundred and thirty-six (1136) events were classified, with reduced displacement values (DRc) less than 11 cm. 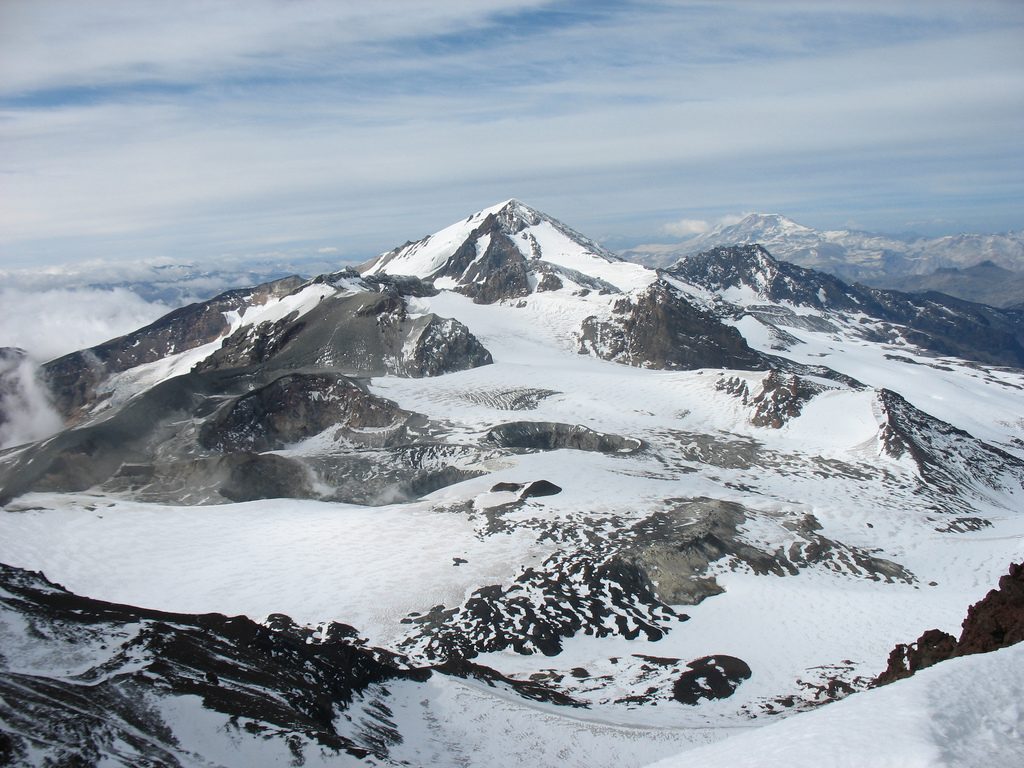 The IP camera images revealed the presence of small, low-energy degassing and whitish colour that does not exceed 150 m above the active crater level of the volcanic complex.
From the data obtained by two (2) GNSS stations, which measure the deformation of the volcanic complex, minor variations were observed, both in the horizontal and vertical displacements of the monitoring stations. On the other hand, the data provided by one (1) electronic inclinometer installed on the complex, show no change related to the morphology of the volcano.
No anomalies were reported in sulfur dioxide (SO 2) emissions to the atmosphere in the volcanic complex sector, according to data obtained by the Ozone Monitoring Instrument (OMI) Sulfur Dioxide Group (S02). http: //so2.gsfc.nasa .gov /) and the National Service for the Environment, Data and Satellites (NESDIS) (http://satepsanone.nesdis.noaa.gov).
No thermal warnings were reported in the area associated with the volcanic complex according to data published by Middle Observation InfraRed of Volcanic Activity (Mirova) on its website (http://www.mirovaweb.it/). 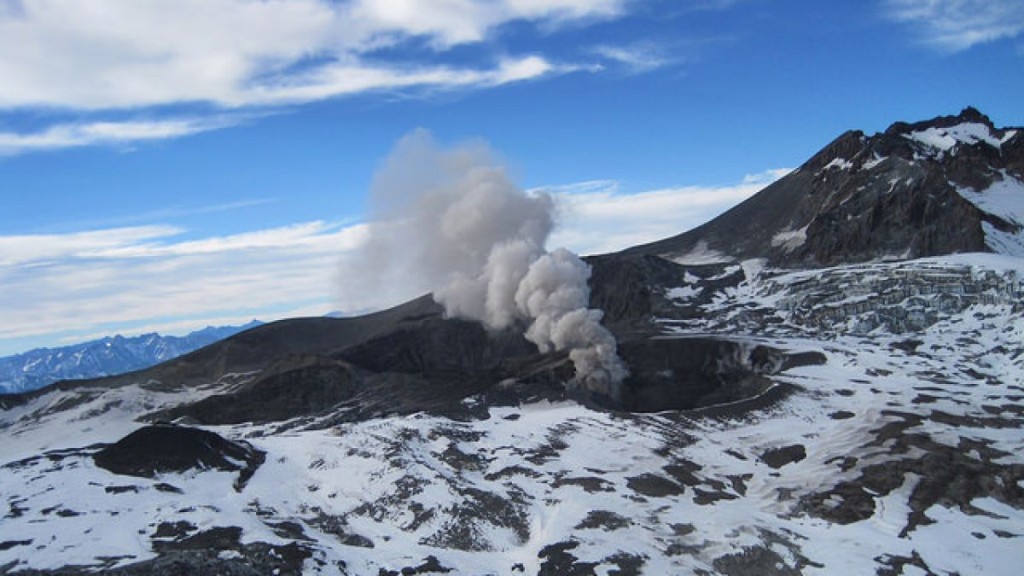 The seismic activity of fluids continues above its base level, which, with the onset of fracture earthquakes located on the volcano with a magnitude significant for a volcanic system indicates active dynamics in the volcano, which could trigger more volcanic activity.

Therefore, the volcanic alert is maintained at YELLOW LEVEL: Changes in the behavior of volcanic activity – Probable time for an eruption: WEEKS / MONTH.
It is recommended to limit access to a radius of 1000 meters around the crater.

This earthquake was recorded by the seismometers of the Volcanological Observatory of Piton de la Fournaise. The first analyzes of this earthquake made it possible to locate it, 7 km below sea level in the sector of Roche Ecrite (north of the island). Its magnitude was measured at 2 on the Richter scale. 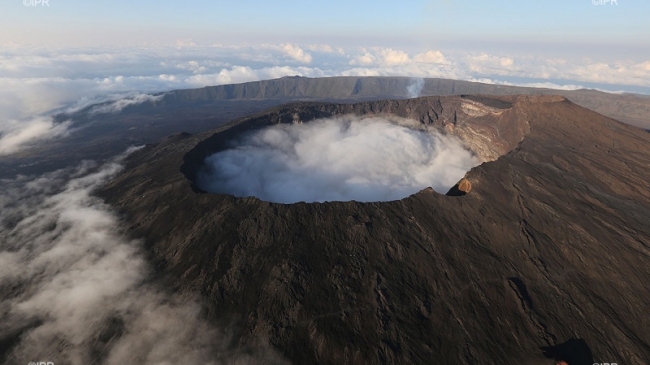 This event is independent of the one recorded and felt last November 4th (located in the south of the island).

Moderate gas-vapor activity with a certain amount of ash continues. Explosions with ashes up to 16,400 feet (5 km) could occur at any time. Current activity could affect low-flying aircraft and Severo-Kurilsk airport. 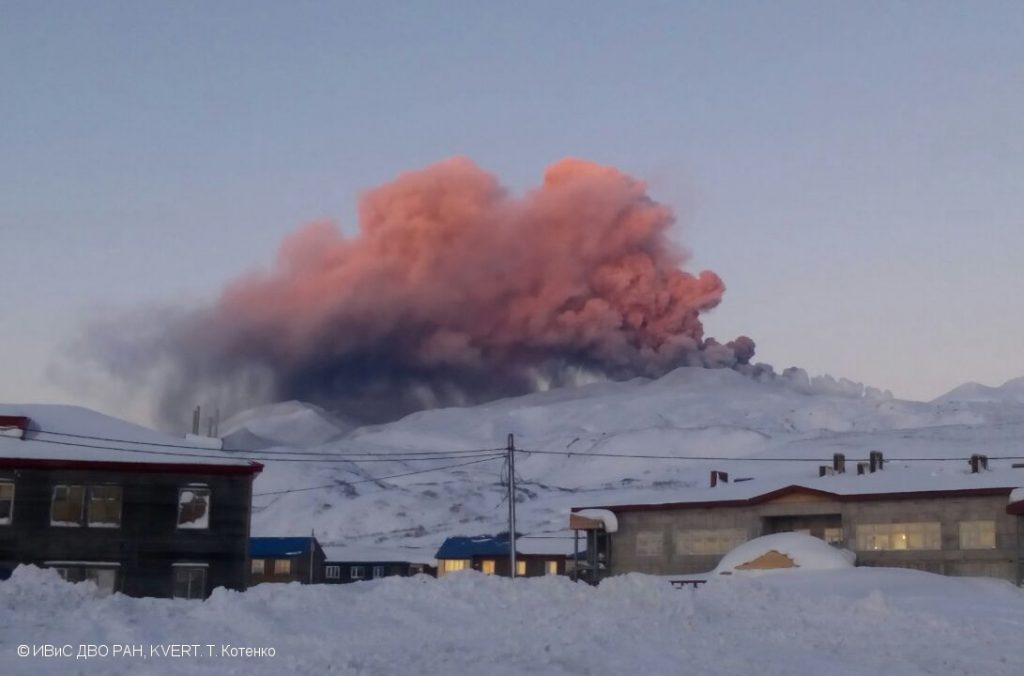 A moderate explosive activity of the volcano continues. According to visual data provided by Severo-Kurilsk volcanologists, explosions emitted ashes up to 2.0 km on 03, 05 and 07-08 November. Satellite data from KVERT showed that the volcano was calm or obscured by clouds during other days of the week.

Level of activity Level 2 (WASPADA). G. Dempo (3173 m above sea level) often suffers from phreatic eruptions that result in ash and sulfur gas emissions. On November 9, 2017 at 16:51 pm, a phreatic eruption, emitting a thick white / gray smoke at 1000 m above the summit. Gases, ash and sulfur have spread to villages on the southern slopes. No casualties and property due to this minor eruption. Visually until this morning there was no cloud of smoke from the crater because of the fog. Thanks to the seismographic recordings of yesterday afternoon, it was recorded:

Recommendation: The communities around the Dempo and mountaineer / visitors / tourists must not stand, climb or carry out any activity in the danger zone, which is in the approximate area of ​​the crater of Mount Dempo and within a radius of 3 km around of the summit crater.

Volcanic Activity Summary : Eruption with ash clouds at 09:51 UTC ( 16:51 local time). The eruption lasted for 180 seconds.
Volcanic Cloud Height : Best estimate of ash-cloud top is around 13354 FT (4173 M) above sea level, may be higher than what can be observed clearly. Source of height data: ground observer.
Other Volcanic Cloud Information : Ash-cloud moving to south 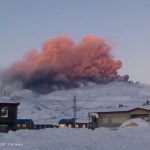 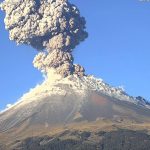